Today I Ventured Outside For The First Time 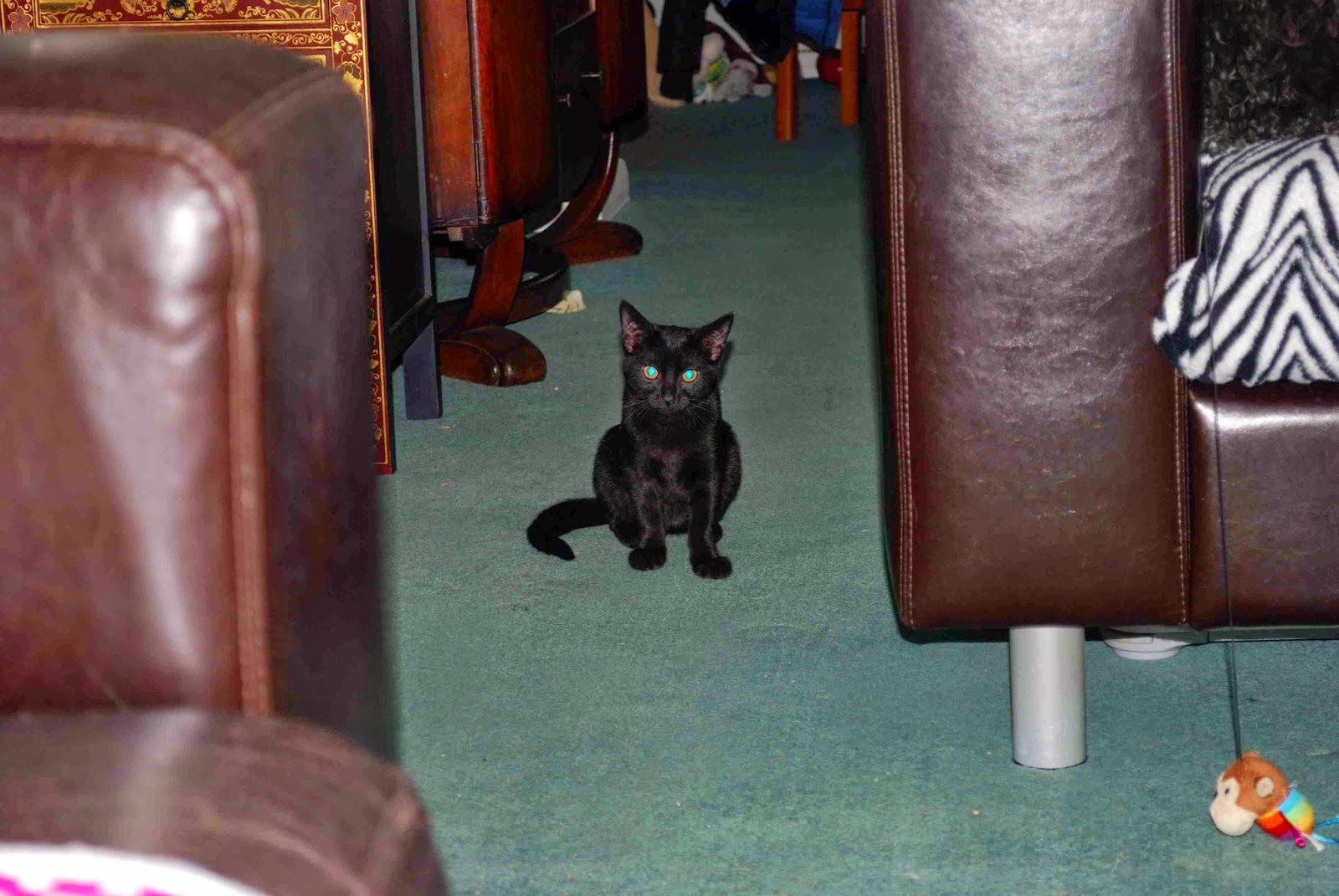 A lazy morning followed by a leisurely lunch that's what I thought was on the menu for the day but how wrong was I.
Sitting wait for lunch can be a pleasant experience as I try to guess what's coming up, usually boiled chicken, recently turkey but today was different, today was like a Sunday I smelt BEEF! I was just having a pre luncheon bathe when I suddenly saw the rainbow monkey flying in the hair, right in front of me. 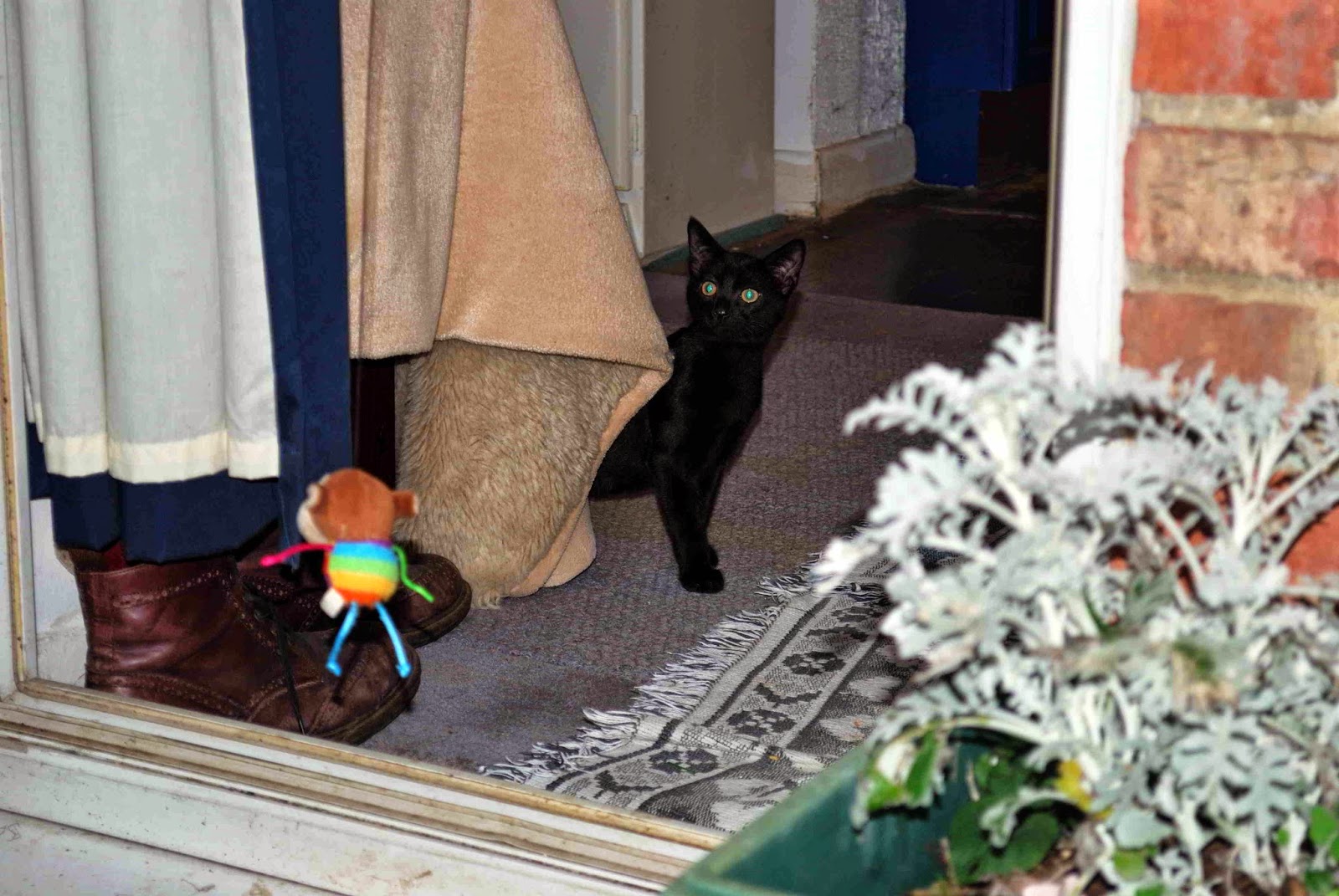 I followed it out towards the back of the house and rounded the corner near the back door. 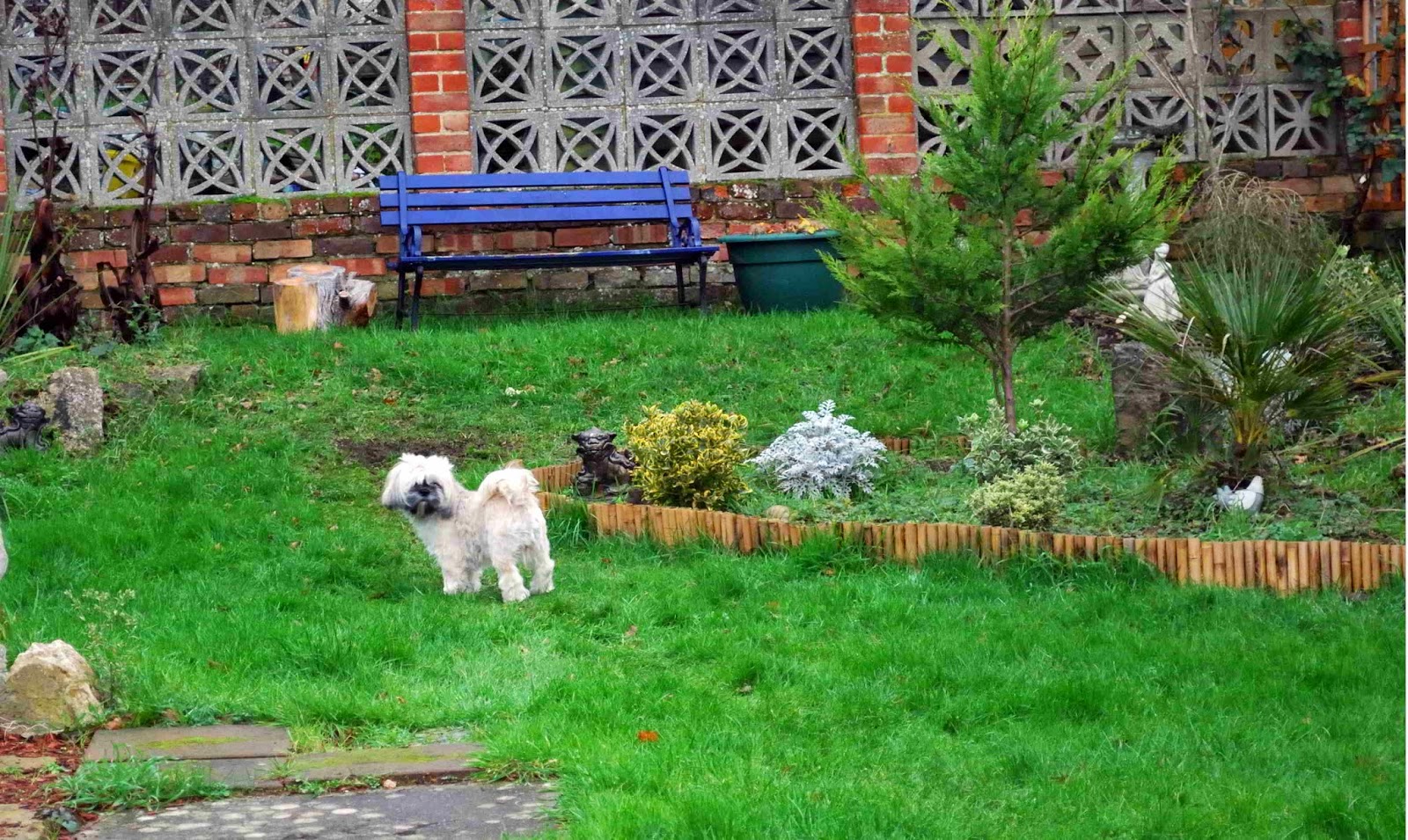 That's when everything changed. River was standing in front of me at the far end of the garden and I could see her clear as day. The back door was open! 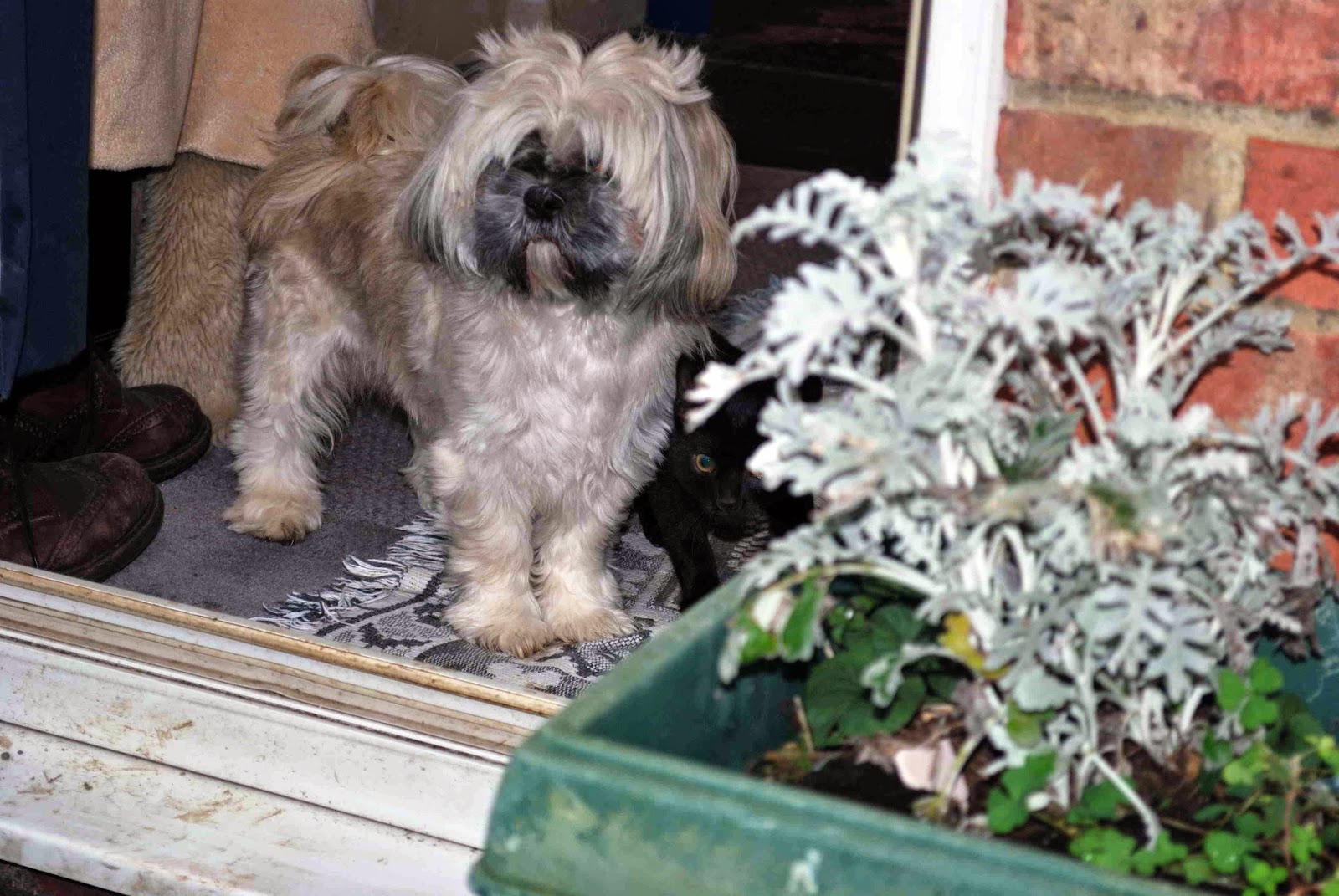 River must have heard me gasp as she came running up the garden and hoped over the threshold and stood next to me.
My heart was pounding faster than it had ever done before, the door was open and I wasn't being ushered away by either of the Daddies, in fact they were outside calling to me.

I've smelt the outside before, through River's door in the door and when the Daddies brought me here but that was such a long time ago now and everything felt stronger. Stronger colours, stronger smells, stronger sounds. 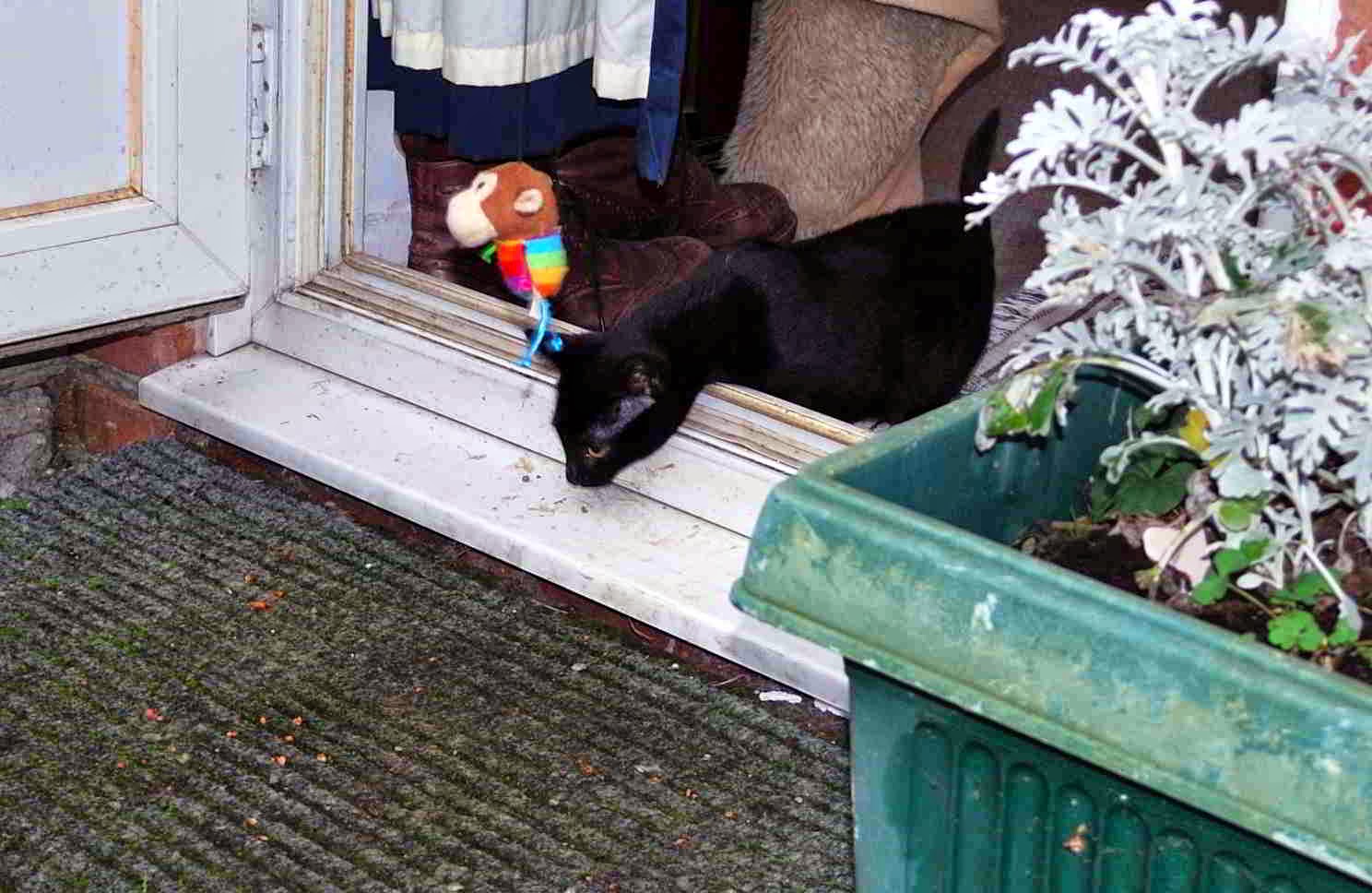 Birds I could hear birds flying around and the wind as it whistled around. The rainbow monkey was still flying in front of me...

...as I follow it out.
River was next to me, she didn't go far but I just couldn't concentrate on what she was saying, I WAS OUT! 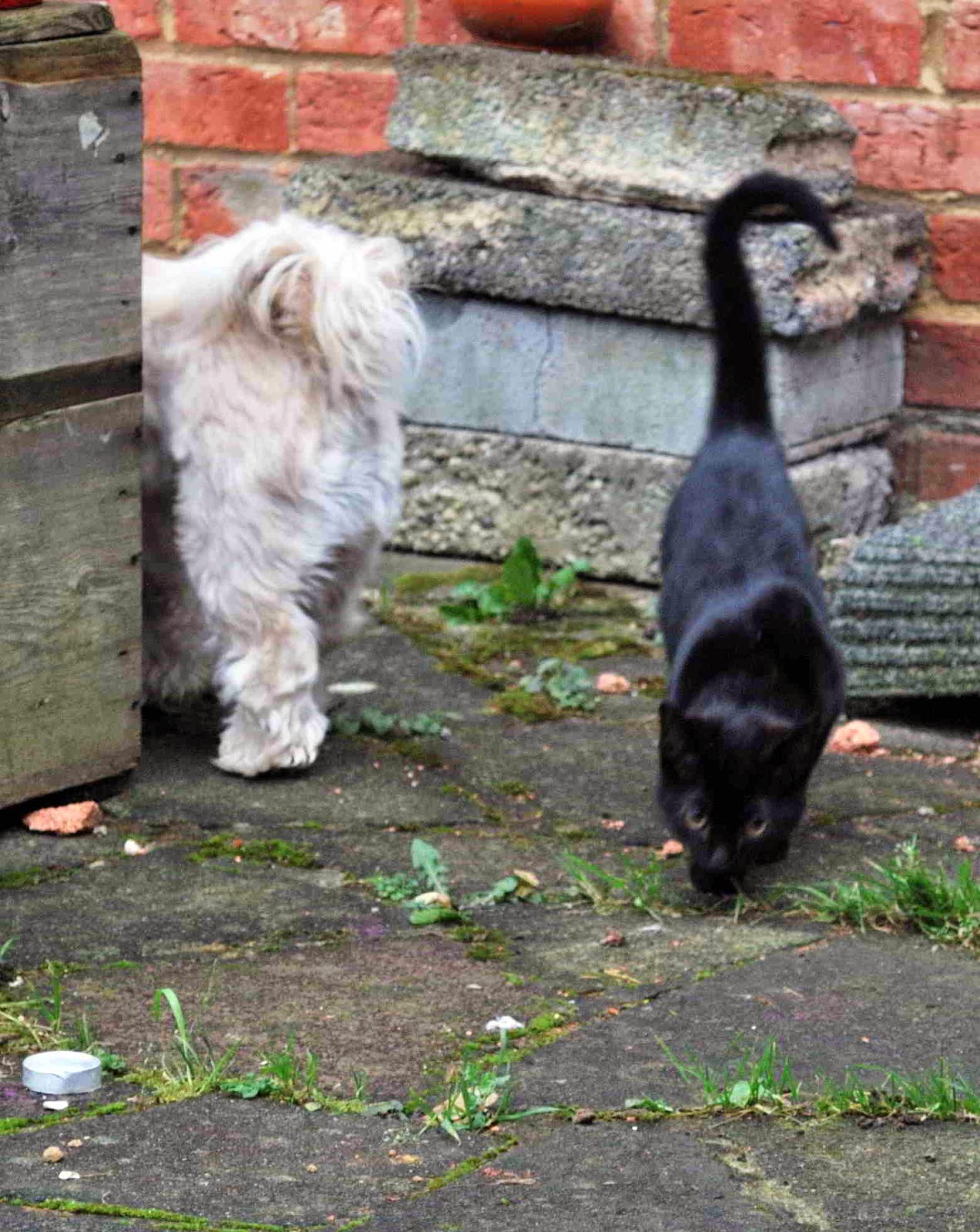 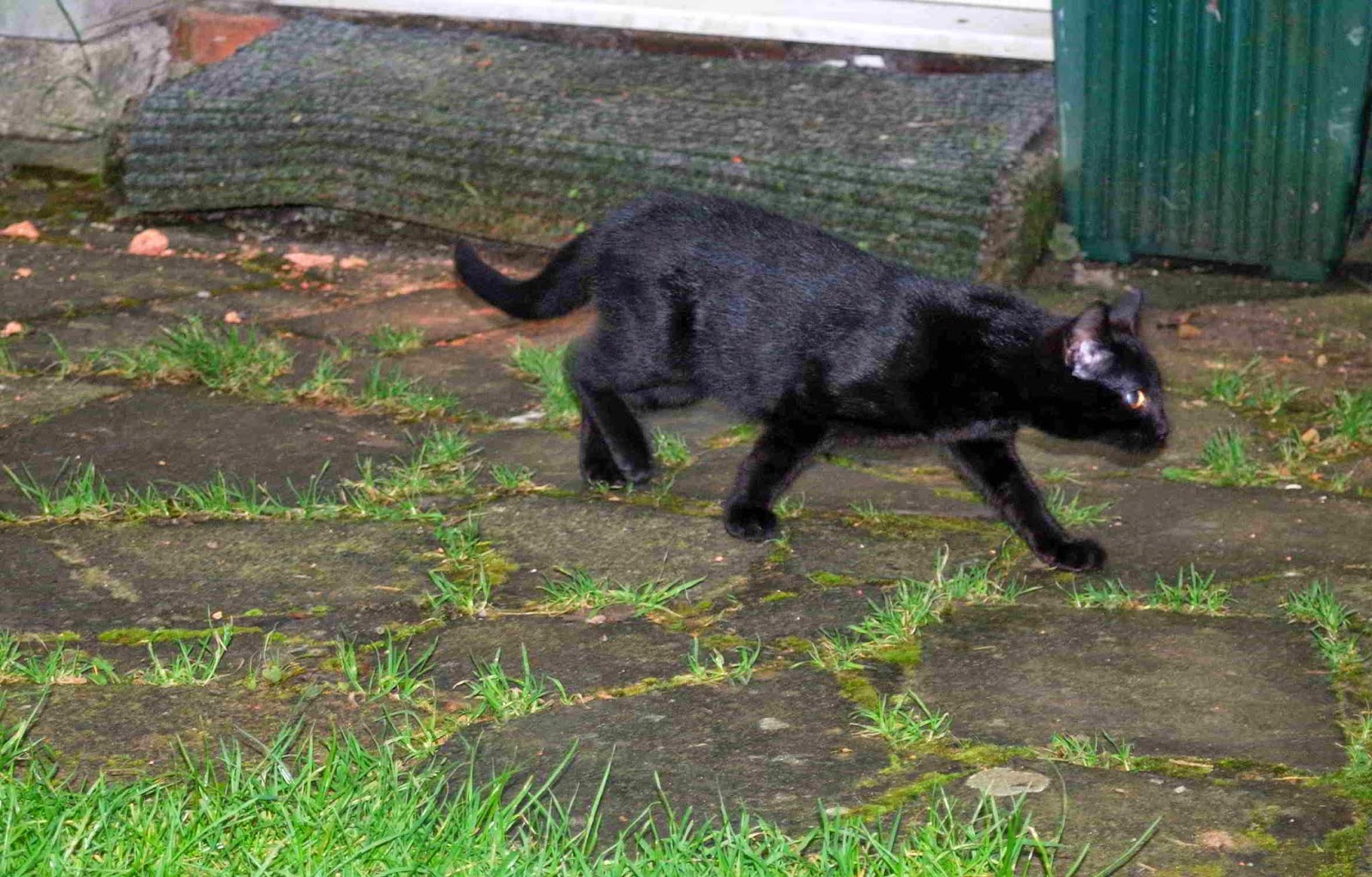 All of a sudden something caught my eye from the other side of the pathway, a musty smell, wood. This is what wet wood smells like. This was all a bit overwhelming, I've wanted to come outside for so long and today now it's happening my head is spinning, I want more and yet it all seems so big, how will I remember everything?

I was glad when River joined me,  I was ready to see what was behind the door up ahead, there appears to be a whole other house there. 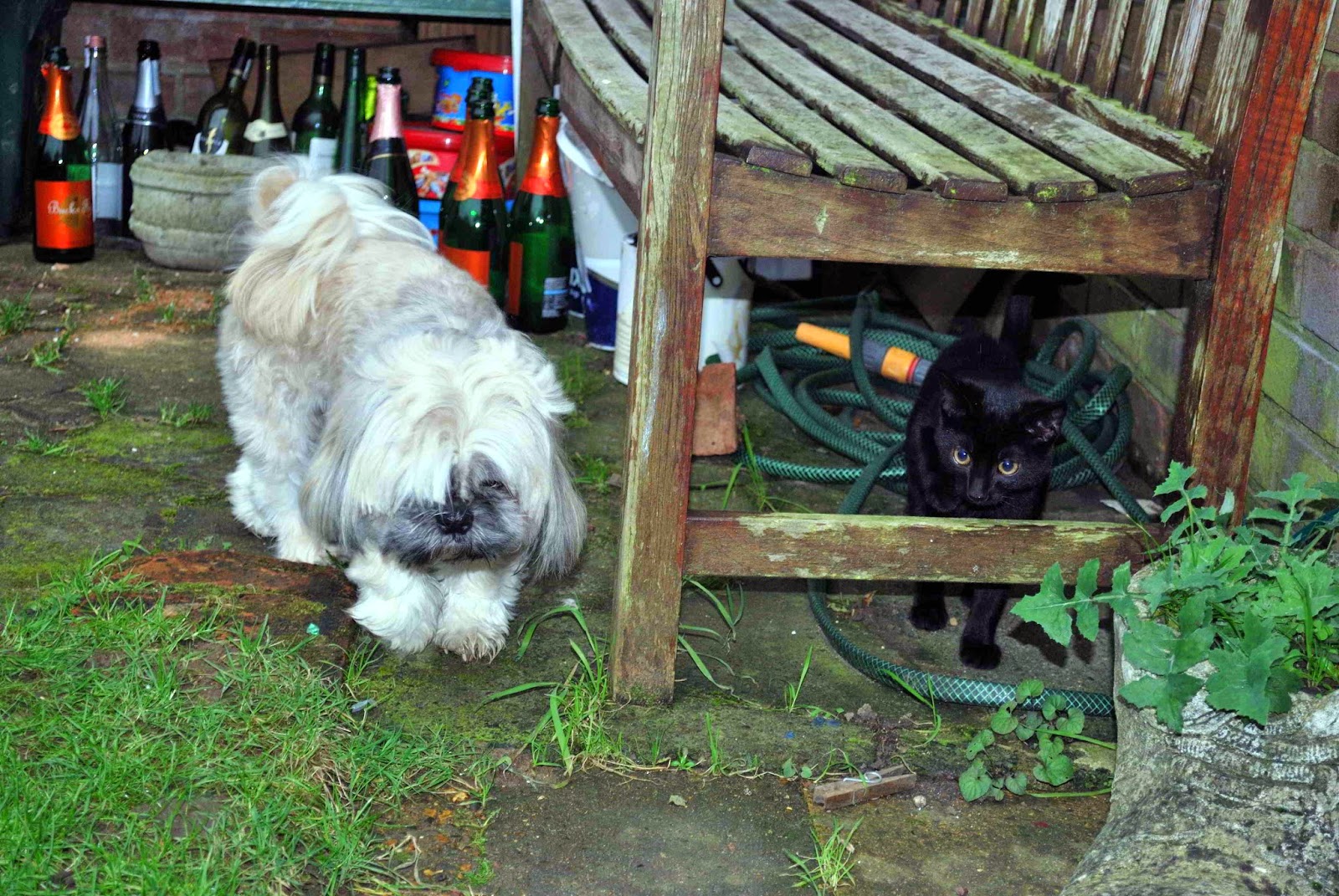 But for some reason when I got near River kept on blocking my way and chasing me away from it, eventually chasing me inside again. 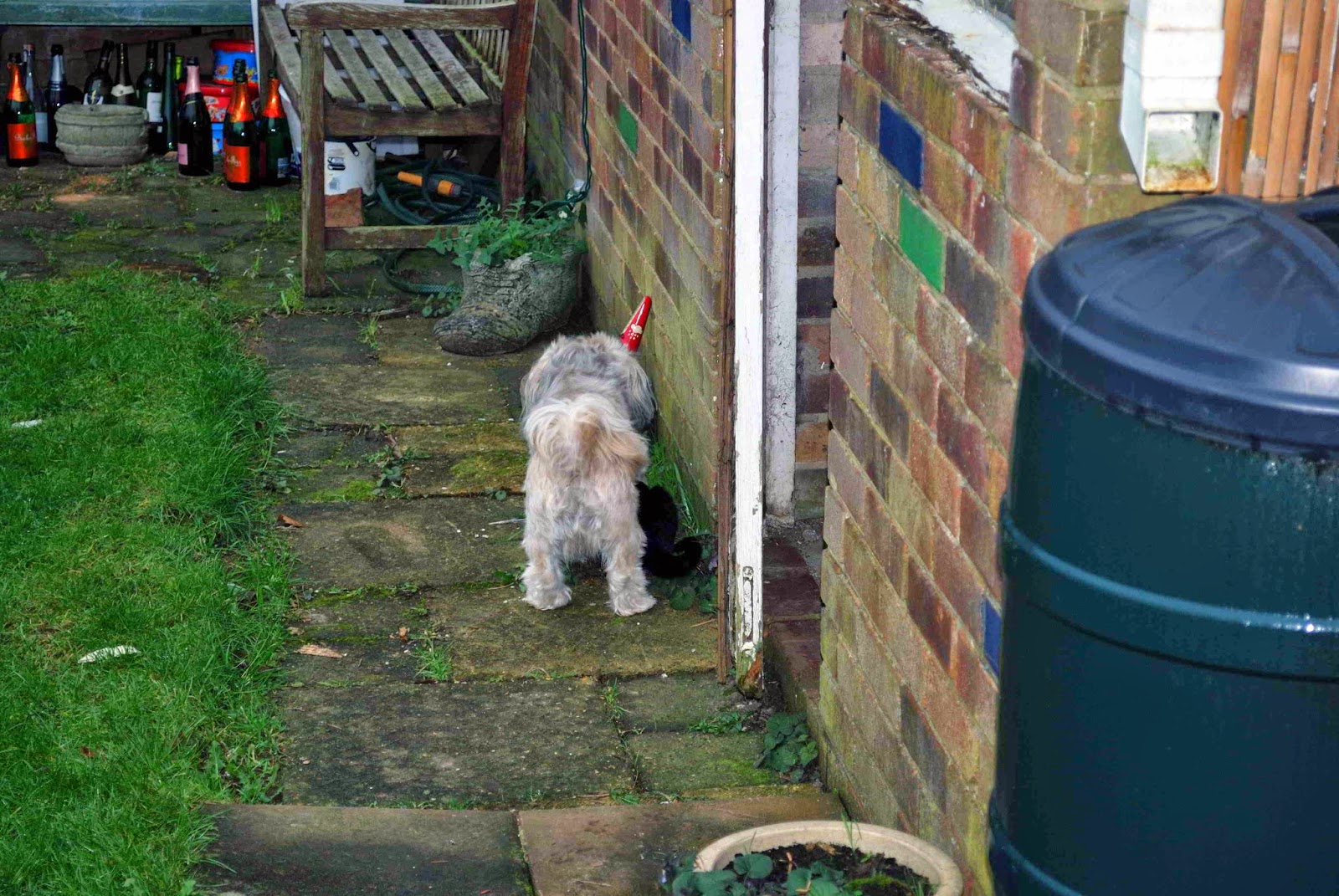 I wonder what secrets it holds, I'm going to try and get that information out of River before she goes to sleep, wow, today I ventured outside for the first time! 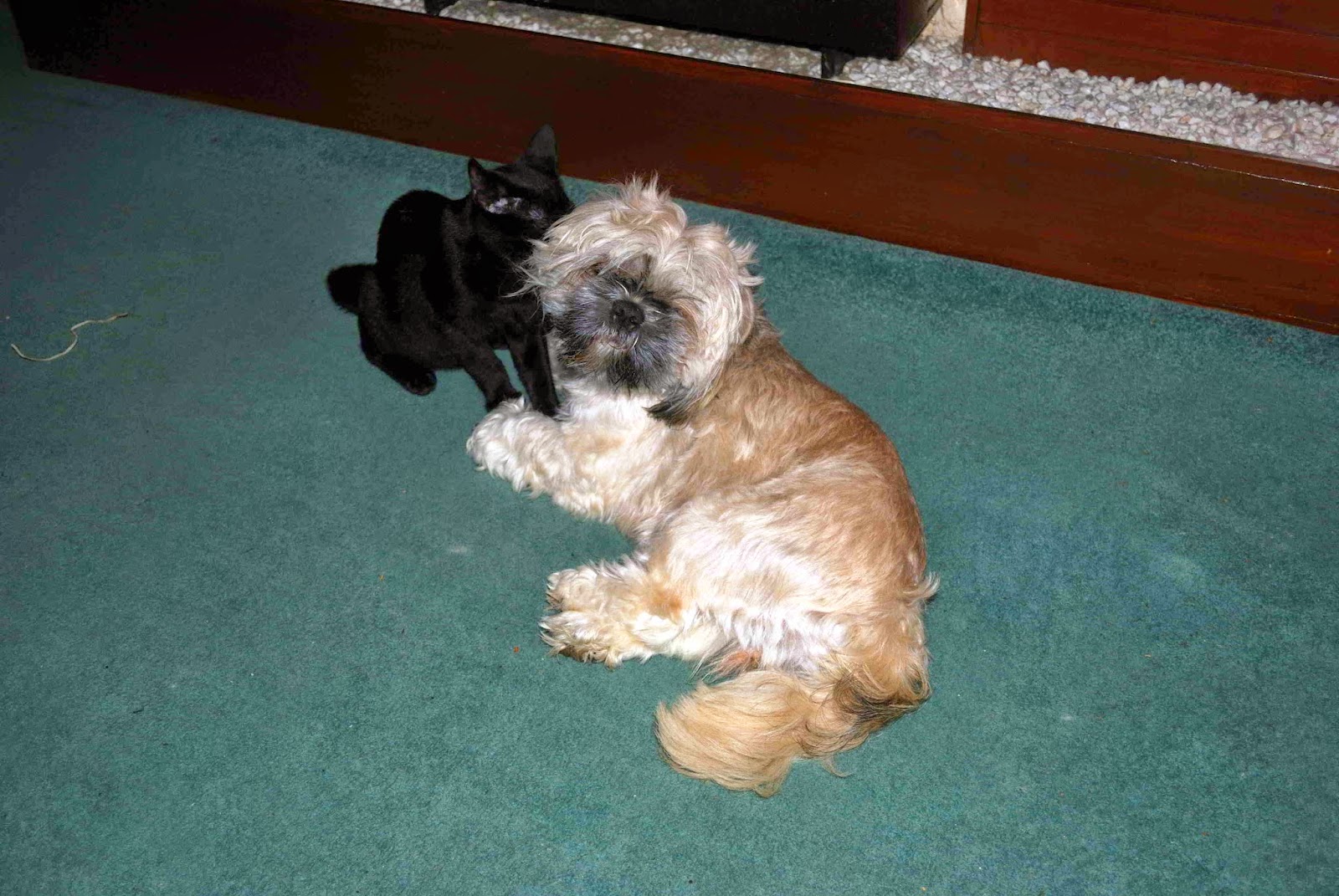 Cats and Dogs - Another Side
www.riverssong.net/2015/01/he-was-trying-to-get-in-garage.html