A Whiff Of Something

I was just having a little play with the bric-a-brac on the table, it's one of my favourite things to do, there's always so much to play with up here when I heard River on the floor, sniffing around at something and so I jumped down to see what she was up to.

She was sniffing at Daddies bag and trying to tug at the strap, it was then that I caught a whiff of something, it smelt nice. Two hands are better than one, and four well that just makes it double easy so I joined her in trying to pull it off the chair so we could share the bounty inside.

I think we made a bit too much noise though as Daddy looked up from what he was doing at the other end of the room and called out to us to ask what we thought we were doing.

We both froze. Nothing!

I think it's best if we let the heat die down, then we can give it another go. 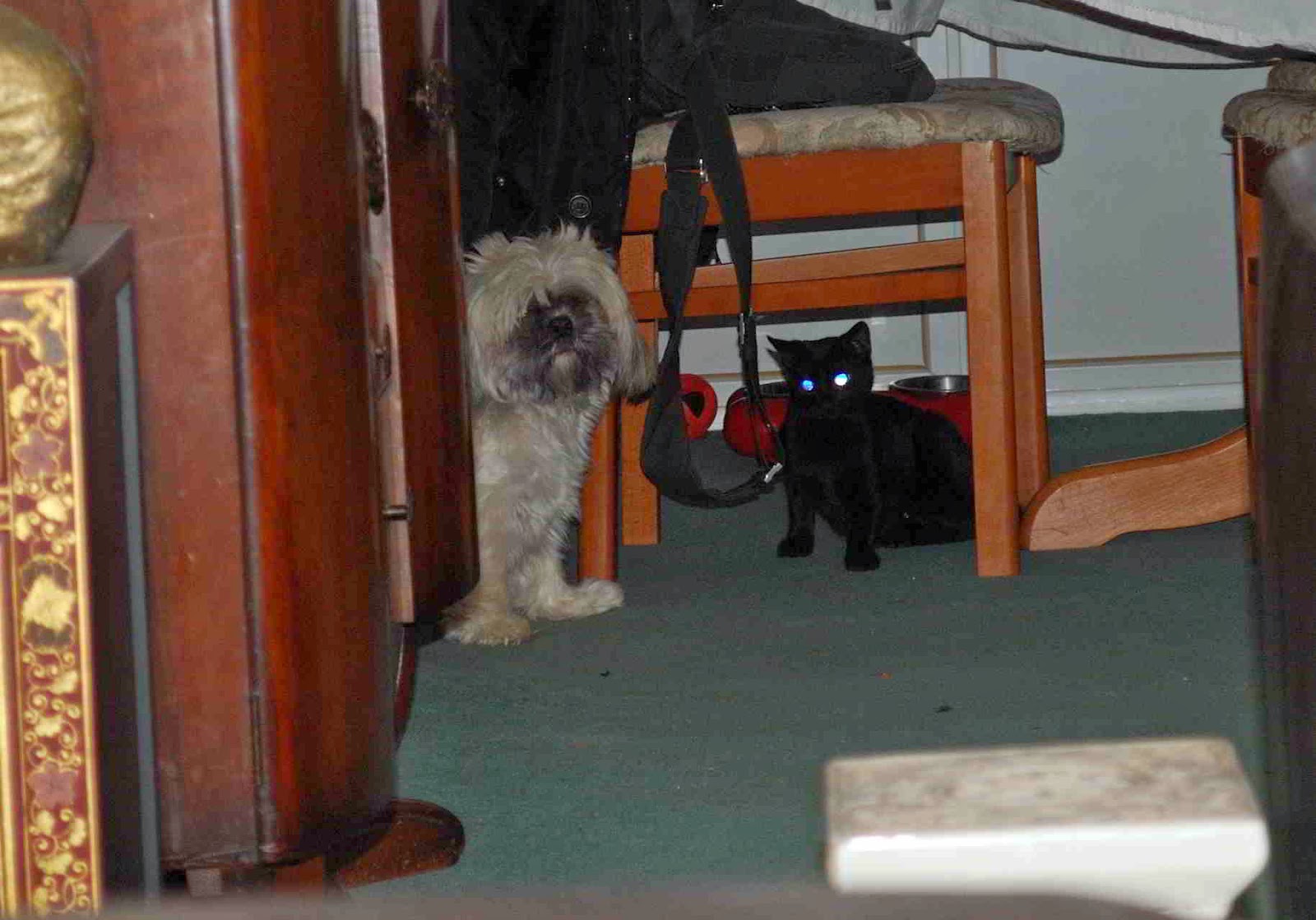 Cats and Dogs - Another Side
www.riverssong.net/2015/01/it-was-all-davids-idea.html