We're All Just Trying To Find Our Feet Again

George is back, fabulous.

It's been one of those mornings when the weather just hasn't know what to do with itself, one minute rain, one minute sunny. I was hoping in one of the sunny periods he would appear, those people were here most of the week so I didn't have the opportunity to sit and see if he was around.

Today however was perfect, one of my Daddies went out and the other was in the secret room with River so I had the house all to myself and then all of a sudden there George was sitting on the door step. 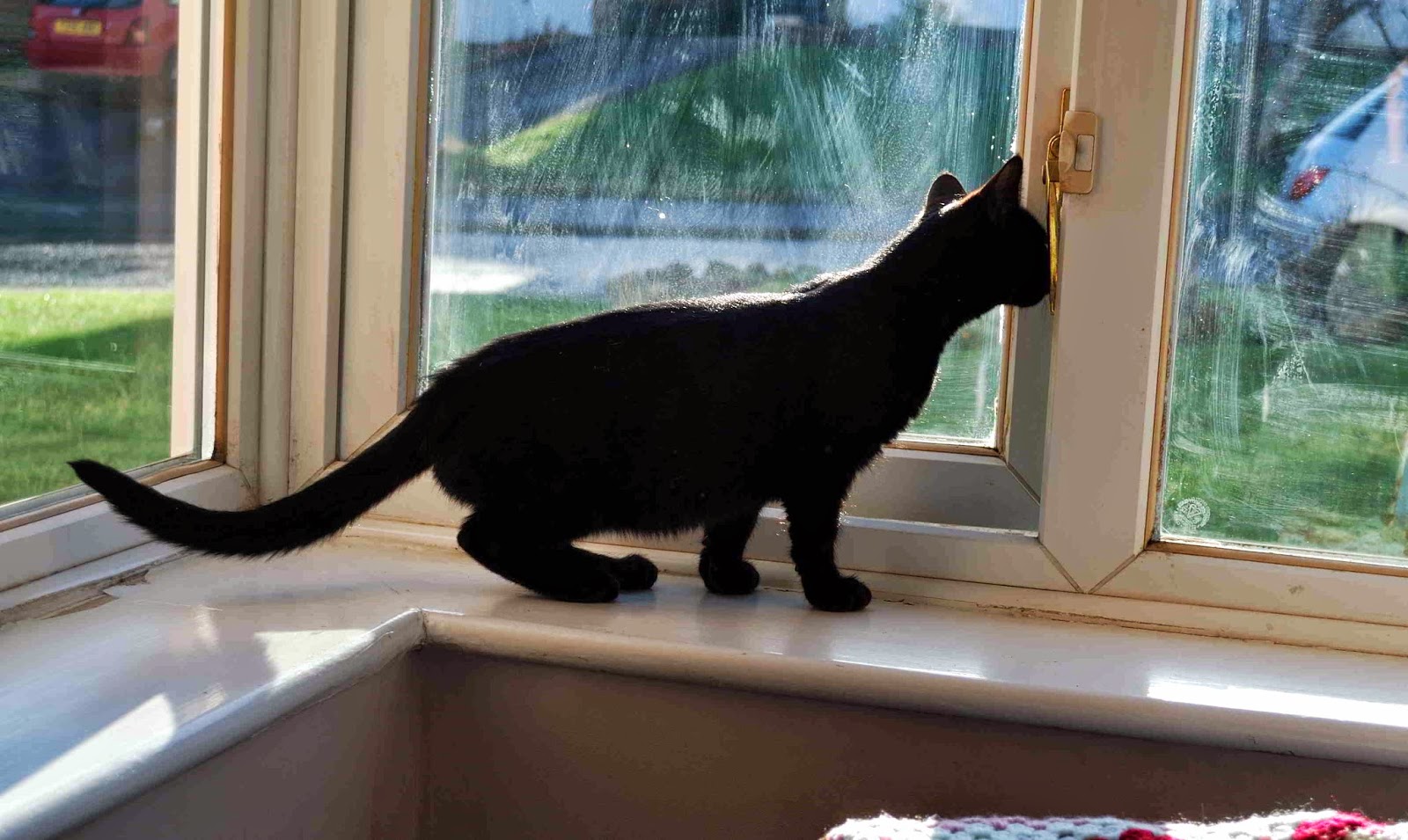 "Hello" I said back, "I've been looking out for you all week but there's been lots of strange people coming in and out and...well when there's people I don't really know I run and hide in the bedroom. I have so wanted to see you again."
He smiled at me, "Me to little one."

I was feeling so happy, he was my friend again, how I missed the company of cats.

"I saw those people coming and going, what were they up to?" He asked.

"Something to do with the kitchen and bathroom and water and things. I don't really know I stayed out of their way and when I asked River she just shrugged her shoulders".

George smiled at the mention of River's name. "How is she doing it's been ages since I've seen her and I do like to tease her by walking in front of the window."

I could see this George one had a wicked sense of humor and I smiled back at him.

"She's my best friend and she's fabulous." I grinned, "She plays with me all the time and lets me cuddle up to her."

"She's an honary member of Catworld you know." George paused to lick his back leg. "It's not an honor bestowed on many. We're all very fond of her you know."

I knew he wasn't being mean to her teasing her but I was glad to hear she was so well thought of, especially to be made a member of Catworld!

"Have you lived here long?" I asked.

"Oh yes, many years. I used to live a couple of doors down from you with my family but now I've got a new family," he looked lost in thought again, he always seemed to when he was reminiscing, "they are great and took me in when I needed it the most. They've always been my extended family, I've known them a while and they are great feeders."

I didn't know whether I should ask or not but I decided to anyway;

"What happened to your family. The ones who lived two doors down?"

He appeared very serious for a second but then began to speak;

"We were split up. I went out one day and came back and they were all gone and I was on my own, Bella, Sarah, Parker and Pawson just not there anymore. Not long after than the people I lived with went and I was left behind."

"Left behind!" I was shocked "Where did they go?"

"I don't know! I overheard our parents talking one day and I heard they moved a few miles away, I don't know why they left me behind, I just hope the others are all still together."

"That's terrible!" I could have cried for him."How could they do such a thing?"

He looked back up from the floor where he had been staring and shrugged his shoulders;

"I do miss them, nearly my whole family gone in one swoop, still I had Emma, she lived with M and R and Mogsie and Twizzle, clever girl she moved herself over there a couple of years ago, got out while the going was good."

"I've not seen Emma yet." Ooh another cat I've yet to meet.

"Nor are you likely too either, she went to the other side late last year. It wasn't a good year for Catworld, we had so many, many friends left us, I blame the Curse!"

Instantly my ears pricked up. "The Curse?"

I think George realised he'd said something he shouldn't have. He moved uncomfortably in his seat and stared out towards the rose bushes before standing up.

"Never mind me, ramblings of an old man, no need for you to fret your head with such things, that's all behind us now."

I don't know about not wanting to talk about such things I was very interested in what this curse things was.

"Oh please tell me" I implored.

"Sorry" his voice softened, "I didn't mean to shout, it's just something we don't like to talk about around here, I last saw my dear Lil' that night too and it brings back memories too painful to bear and I'd rather not feel that pain anymore, everything changed and now things are as they are and we have new friends in Catworld."

I felt sorry for him, he was certainly in a lot of pain and I smiled at him to let him know things were fine between us but something in my catty powers was trying to tell me something, I could feel it, I felt strange but I didn't know why, unsteady on my feet.

"I mean there's you little David-Shiro, we have been blessed with you and Maisie and Theo now live where I used to although I don't know them too well yet and although I've not seen them for such a long time, I hear word of Chameleon and Doublay occasionally. I guess we're all just trying to find our feet again."

I don't know what had gone on but it was certainly something very big. River's never mentioned it so I don't think she could have been involved but I'm still going to ask her if she knows anything.

George then got up on his feet and stretched his back;

"I'd better be off for now, it looks like it's going to rain again in a bit and I do hate getting wet. When are you coming out to join us all?"

"I don't know I'm trying to get out, I really want to but Daddy says I must wait a little while longer. I think he's a bit over protective but I'm going to try and escape out there as soon as I can. I want to meet everyone properly." 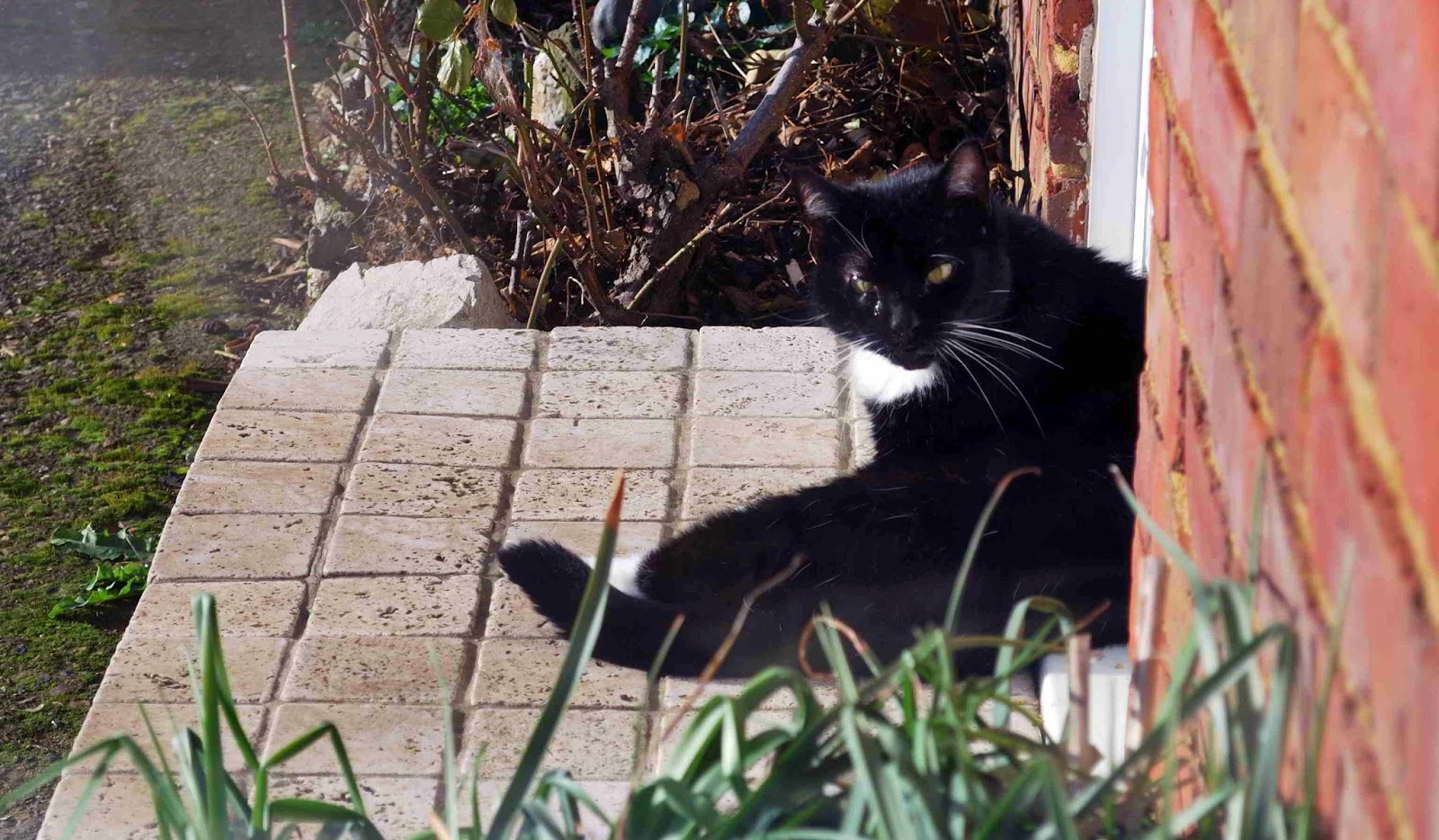