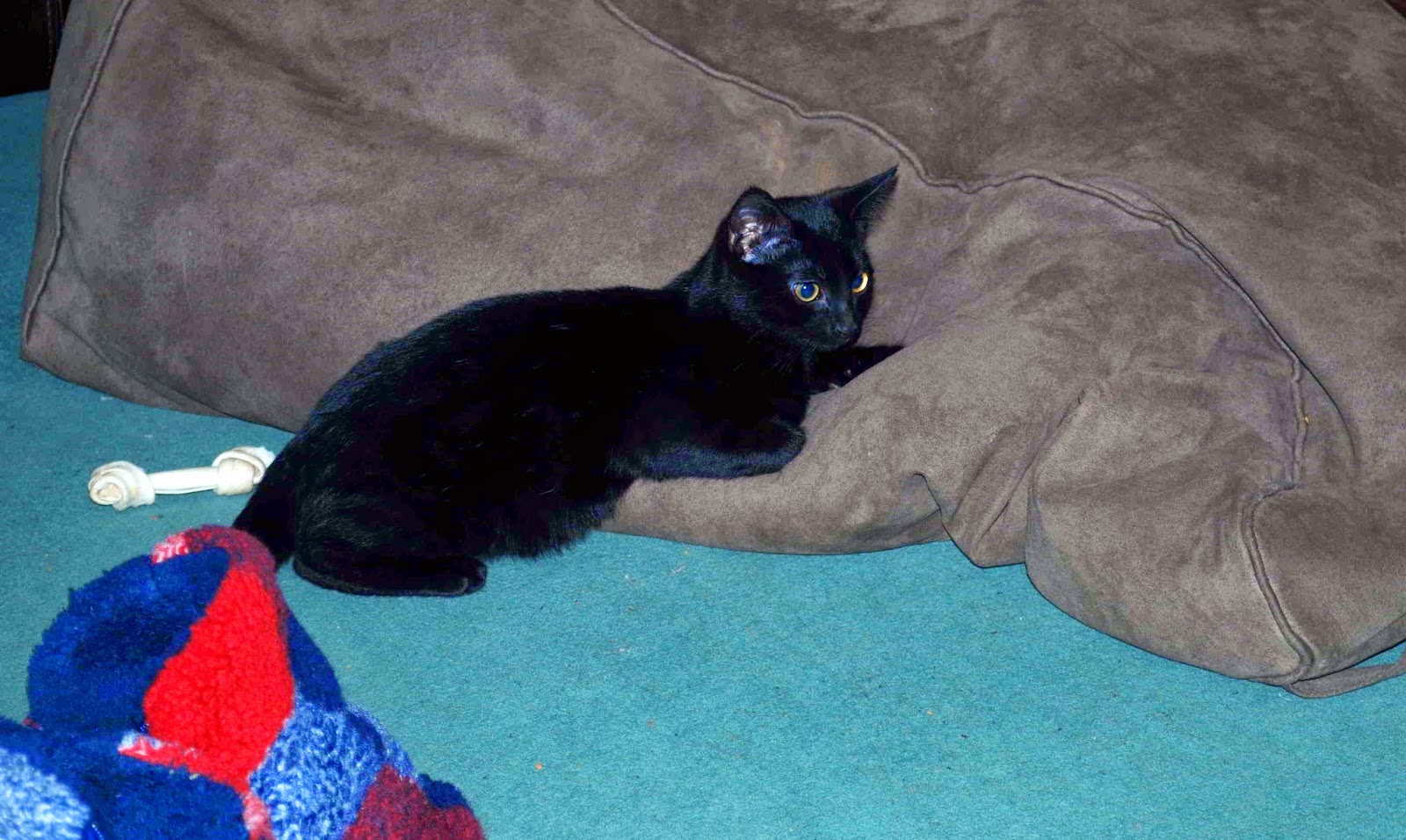 So now I understand what all that New Years Eve business was all about.
When it got to the evening last night the Daddies said a very magic time was coming up, it happened at midnight just once a year, something called a new year began at the second an old one finished.
Daddy said it was a time to start clocks again and everyone, he warned me, would make a big noise when the midnight hour began.

He said we needed to prepare and should make some wishes for things to happen exactly when the clock struck 12. He said I didn't need to worry too much about that time, I would know when it was as there would be lots of noise and it was at that moment a new era begins.

I sat on the beanbag to try and work out exactly what it was I wanted for the new era while River gorged herself on treats on the sofa.

When it got to midnight there was a lot of noise and fireworks that happened on the TV and in the street where we live. They went on for ages and River got a bit scared and cuddled up with Daddy while I watched everyone kissing and hugging each other. I didn't know what to do but then they came over to me and gave me a great big kiss and cuddle and said Happy New Year.

Yes I think they are right, it's going to be a very happy new year if my wishes come true and I believe they will I can feel it in my catty powers!

Cats and Dogs - Another Side
www.riverssong.net/2015/01/happy-ndew-year.html