I know I shouldn't but following on from my conversation with George today I decided to play a little trick on River. I was having a little after dinner rest under the sofa when I saw River coming to join us after having her after dinner bark outside. 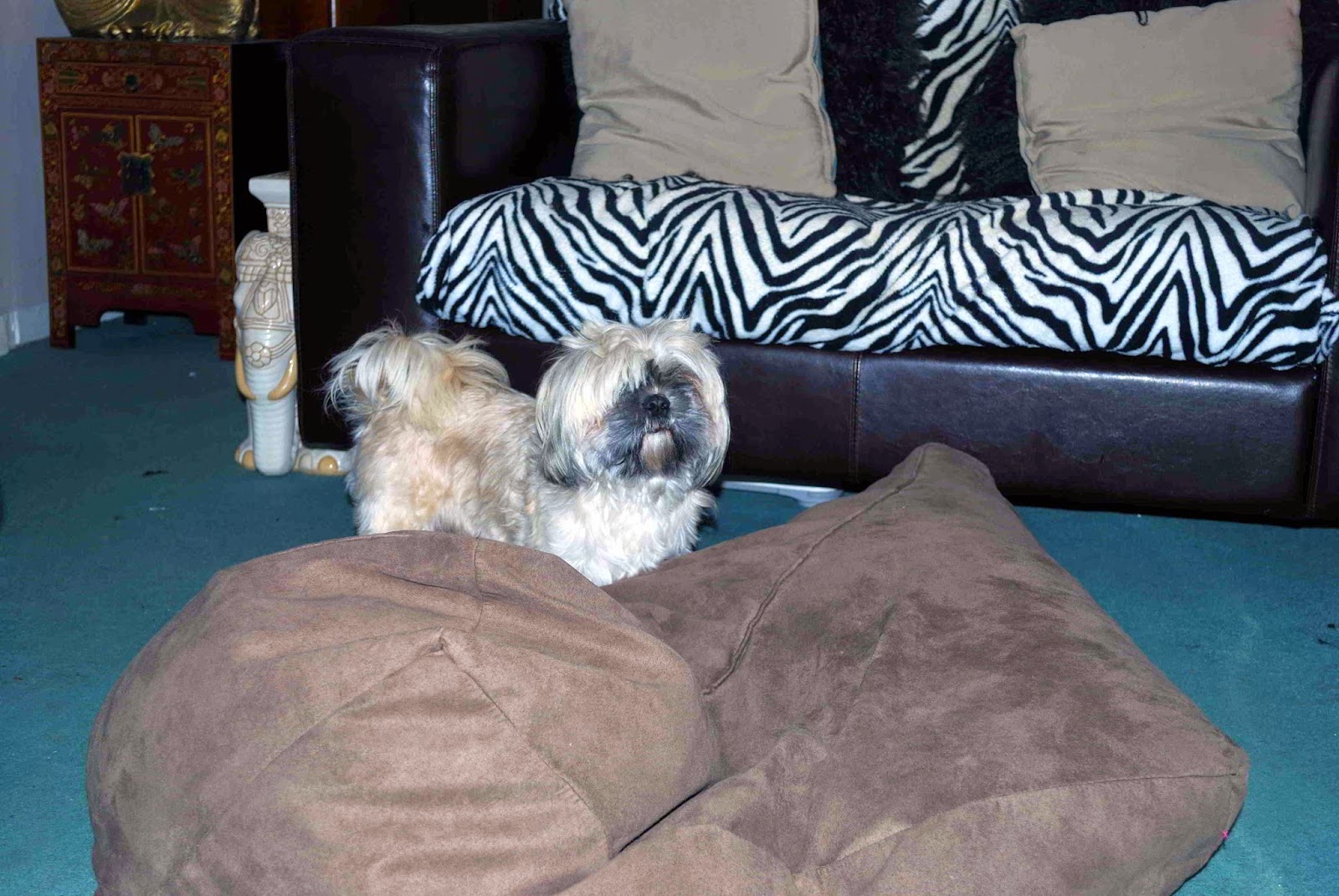 So I approached her, gave her a little look but didn't say anything... 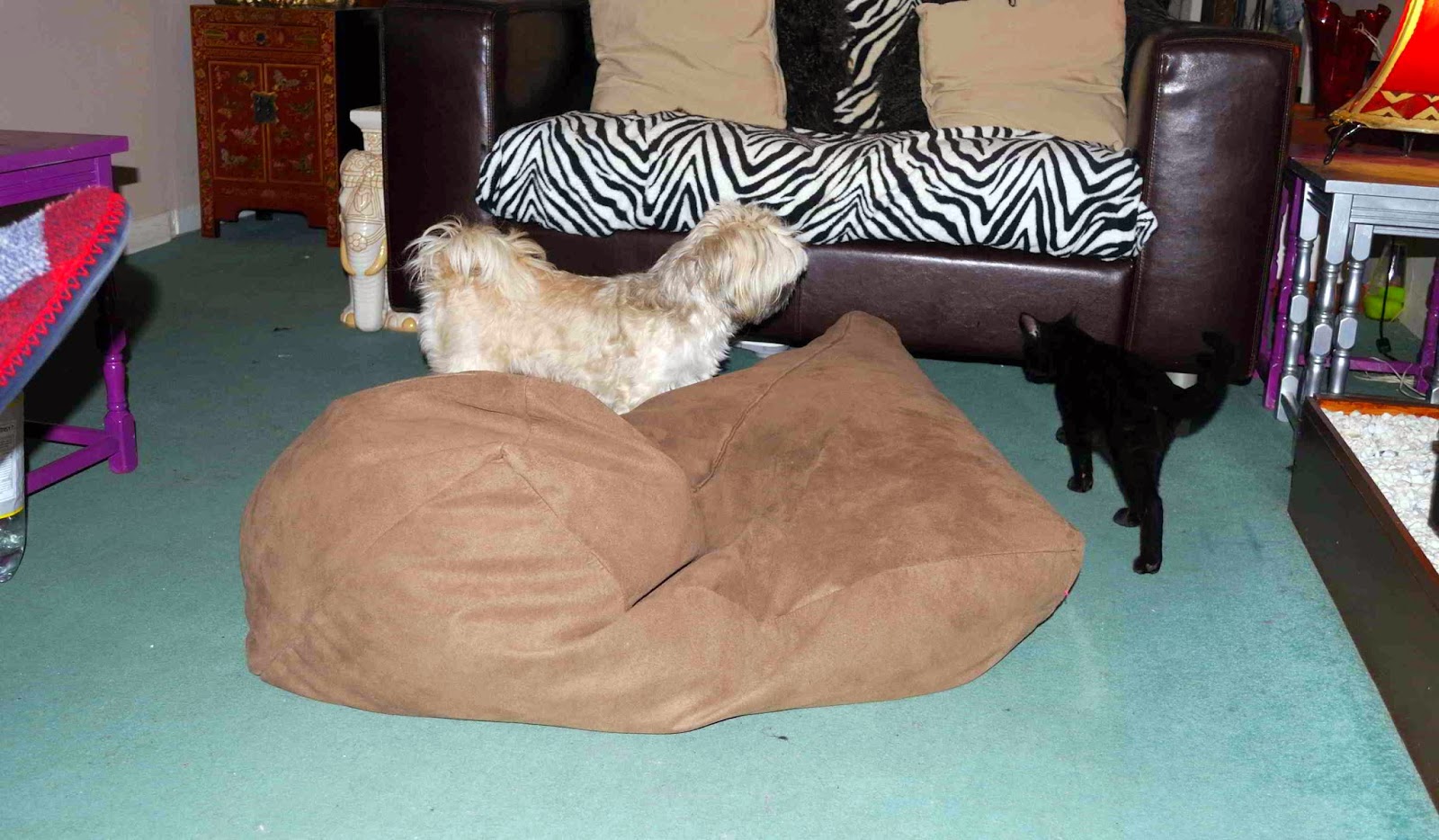 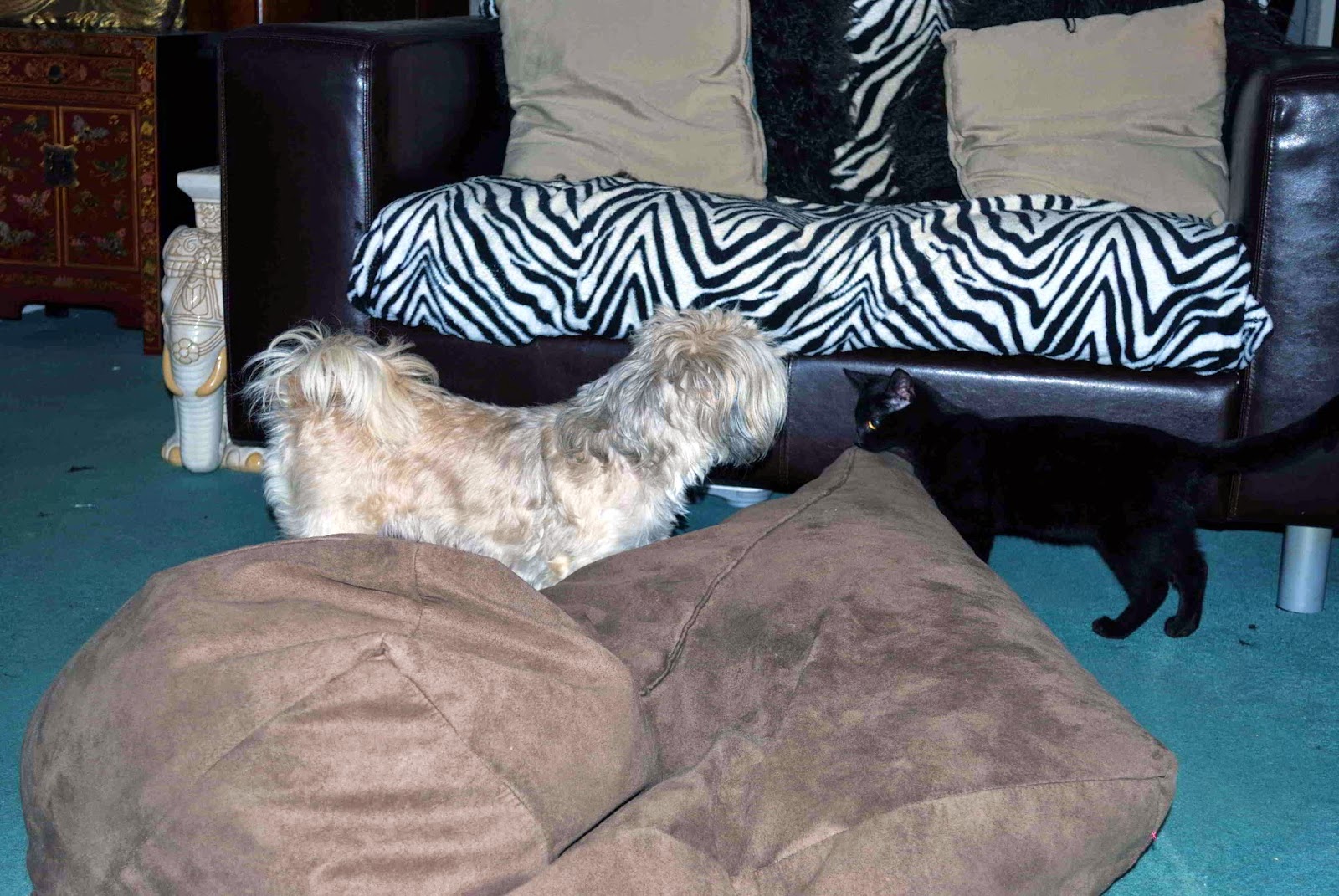 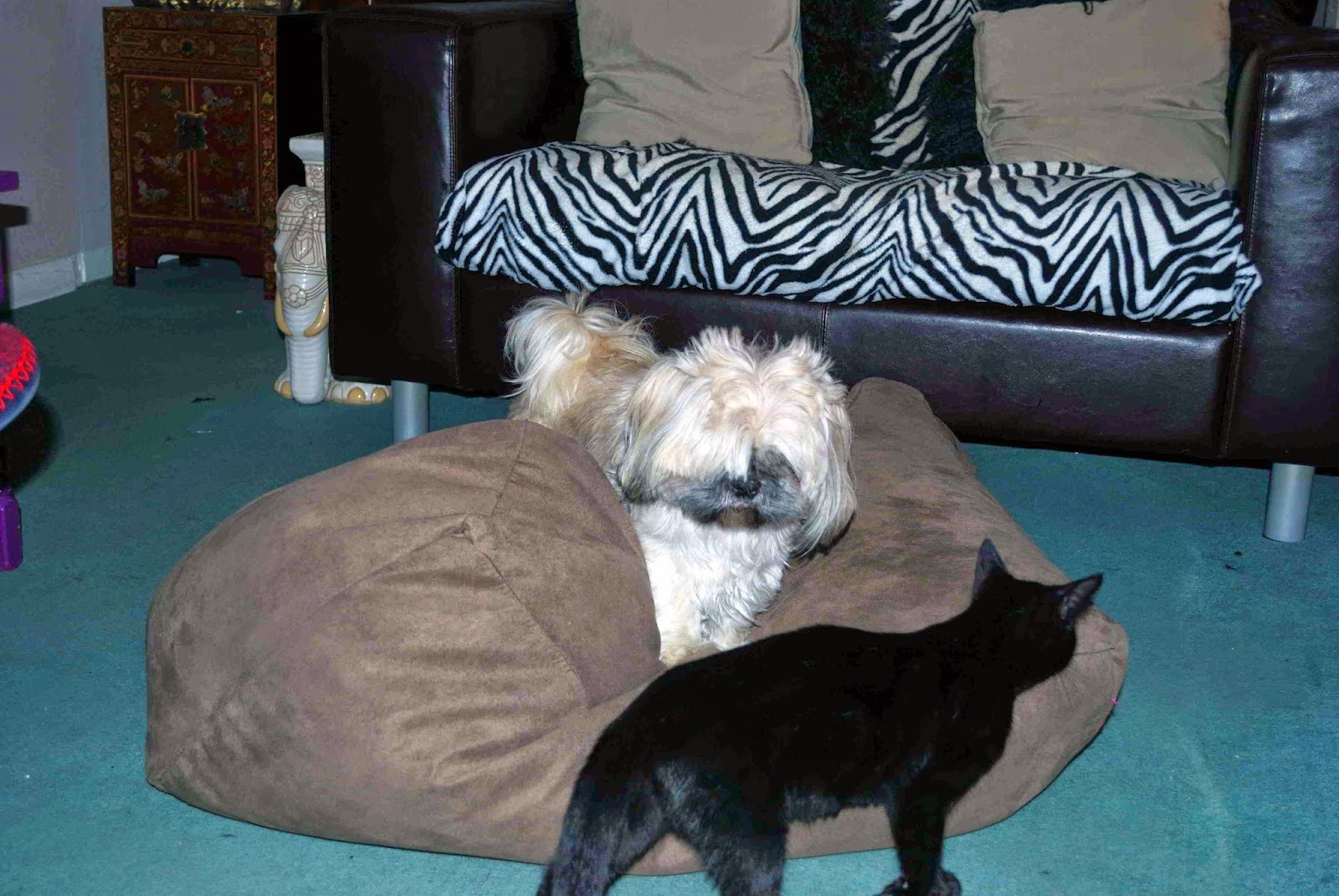 Before flopping down right in front of her, still saying nothing. No purpose in it of course apart from for my amusement.

She did look it. 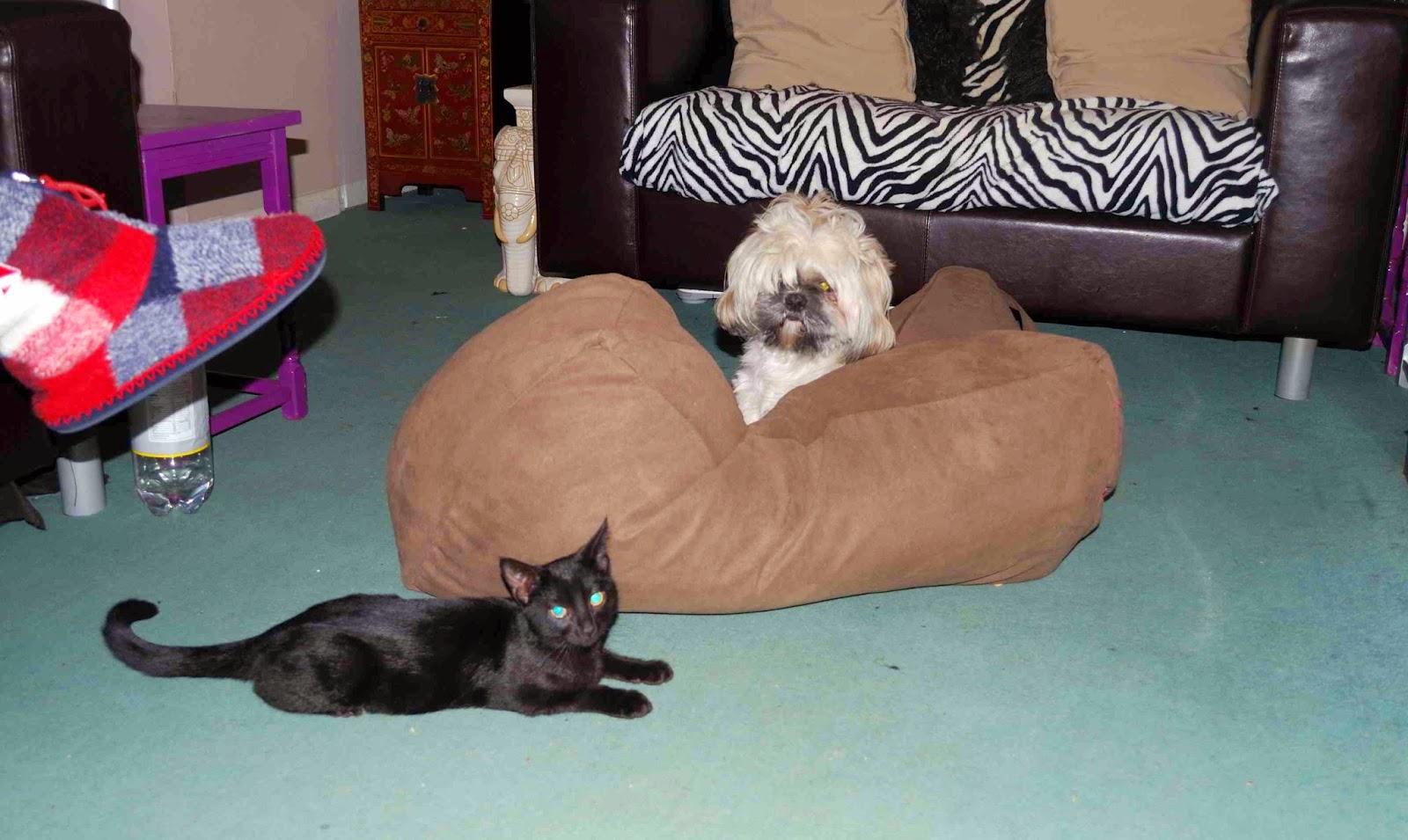 Cats and Dogs - Another Side
www.riverssong.net/2015/01/i-dont-know-whats-going-on.html