Those Two Are Up To Something 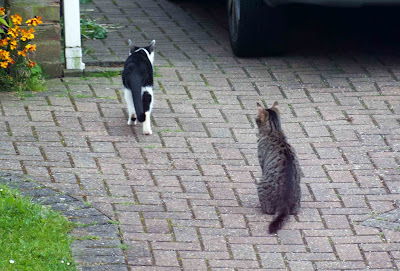 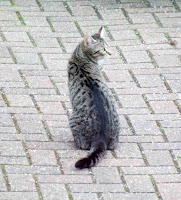 Another day and more strange going's on but I think I'm one step closer to understanding what is going on. 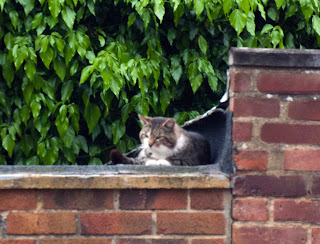 He went around the back and then I saw some movement on the roof, at that time I couldn't work out who it was with the darker Naughty Twin but there were definitely two cats up there. A few minutes later he came back around the side of the house, Sarah had moved off  back home and he followed her back over the road.

It was at that point that I saw the head of the second cat on the garage roof poke up, it was Spit! Oh OK they've had some alone time, no problems so far until I saw Spit look over in this direction and wink.

I followed his gaze down and that's when I saw Doublay, hiding in the flowers. Those two are up to something, I'm just not sure what it is yet. 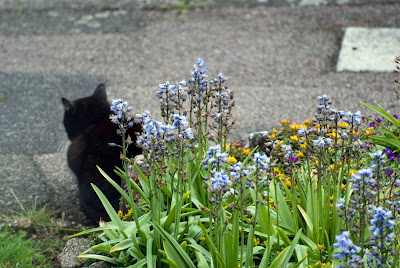