George and Spit have just had a stare out and Spit's told me something I wasn't expecting..

George was sitting just outside Twizzle and Mogsie's on the path when Spit walked in from across some gardens a few houses up on the other side of the road. They spotted each other and Spit ground to a halt, George turned to look at him and they just sat there staring at each other. 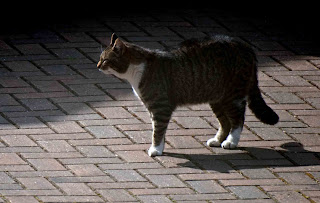 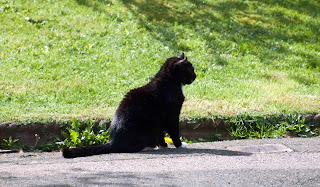 No words were exchanged just filthy looks, to my amazement Spit then turned around and walked away and he looked furious. 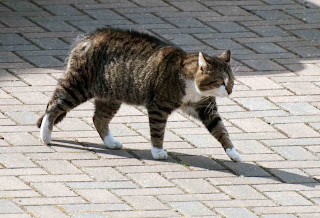 At that point Sarah came from around the back, looked at Spit walking away and looking relieved, sat down. 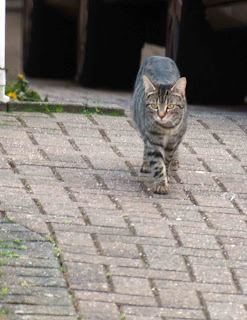 By that time Spit had made it to the end of my pathway and started to walk down it, just before he disappeared behind daddies car he spotted me;

You know they're together now don't you 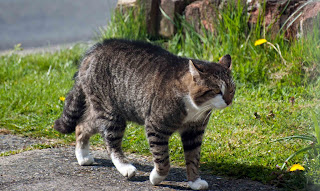 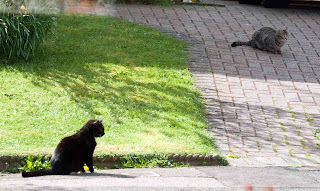