And With That She Was Off!

After the events of last night I awoke late. I could hear the Daddies sorting River out in the bathroom and thought it best if I stayed up here out of the way and see if I could catch anyone's eye to find out if there was any more news or developments. 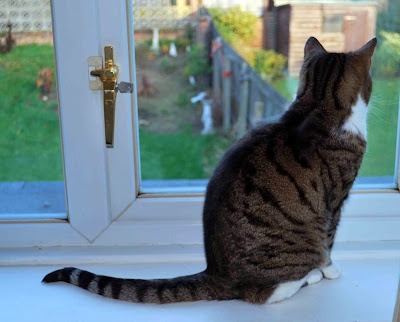 Eventually the lighter Naughty Twin came by and spotting me she stopped and called up. I ran down and out into the garden ahead of me was River, if I just crept up behind her she wouldn't spot me.

The lighter Naughty Twin said that she'd followed him down the road after her ran away and went back under the tunnel. He'd certainly been run out of town, but any news of Flash?

Well, she said, that's another matter.

After George set the dogs off he'd crept around our back and Craig said he'd heard that they were still planning and the next move wasn't known. She was off to liaise with Craig. 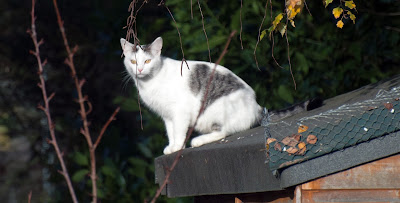 Isn't she active! How do you put up with all that spinning?

You get used to it! 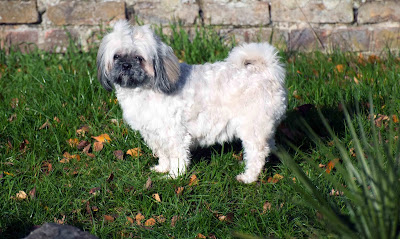 And with that she was off! 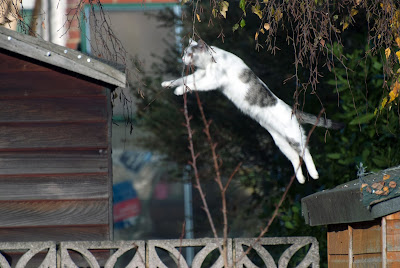 Cats and Dogs - The Other Side
www.riverssong.net/2013/12/wow-super-cat.html