Whatever Keeps Her Happy 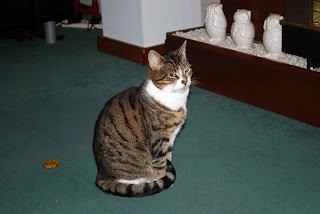 OK things have settled down, the night has fallen and so I thought I'd give the tree the once over. It was perfect timing as far as River was concerned too, she was all sleepy on her chair so I didn't think I was going to be disturbed.

I jumped past her, and I was right their was no movement, to inspect what they've done this year.

Ah the wise old owls up there. She's a favourite of ours, every year wince she was brought back from Europe she's appeared. I think the Daddies like Owls there's lots of them all over the place here but this is the special Christmas one.

I moved around the back to see Hawaii Santa and Mrs Santa still having a bit of a snog. It can be very warm overseas at this time of year. It must be very strange to spend Christmas in such heat, I can only ever imagine it being really cold and sometimes a bit of snow. I wonder if we'll get any this year, it's not often it does snow on Christmas Day and so when it is it feels very special. It;s the one day of the year I'll allow the Daddies to get excited about it. 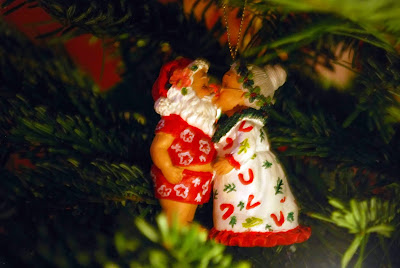 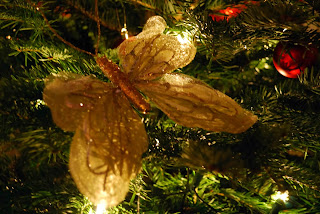 Oh I see a new addition, it appears we now have Butterflies as well, now quiet what they have to do with Christmas is a little beyond me, but then again they've even got Pat Butchers earring on the tree so I guess sparkly is the only entry requirement. 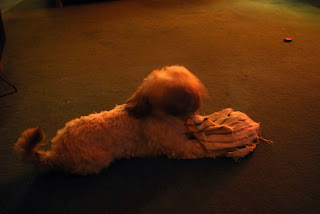 I went over to tell River all about the things on the tree as last year I think she was a little young to remember, but there was no point she'd got bored and was playing with her rag on the floor. Still whatever keeps her happy! 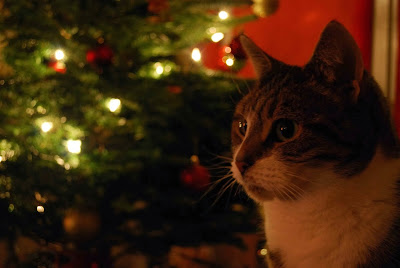 Cats and Dog - The Other Side
www.riverssong.net/2013/12/when-i-had-fixed-that.html