Tonight Was The Night Foxy Lectar Made His Move!

The girls came over to visit us all today, River as usual went mad all over the place doing her spinning jumps, which I must admit is cute and at least having the girls over helped with with keeping her occupied as tonight was the night, Foxy Lectar made his move! 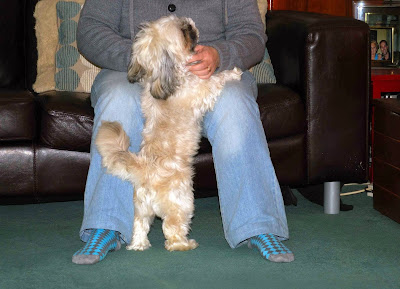 I positioned myself quietly at the back on the table looking out of the window and there are expected, just as darkness fell, the lighter Naughty Twin made an appearance, telling me that word of the street was Foxy was on his way. 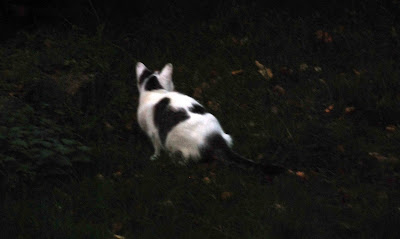 I was just about to get my instructions when River came bounding out and ran her away so I had to follow her over the fence where she told me we had about 20 mins as he was going to wait until it was just so dark as to try to confuse anyone who may be walking by. 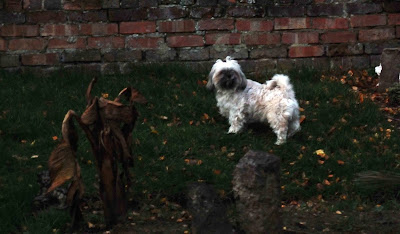 She said that I was no longer needed under the car as Bella was down there but could I stay in the window and look over the other side of the road and down a bit, George was covering the other side doing the same for this side. Whoever spotted him first was to indicate to the other so everyone could get their hunches up.

Fortunately Daddy then called us in for dinner, I needed and sustenance and so was pleased it was chicken for dinner tonight. 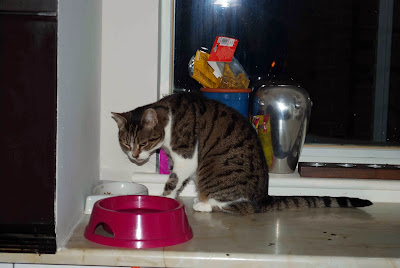 I then went in and got into position. River joined me and I tried to explain to her that she must stay in tonight. I'm not sure she understood what I was trying to say as she just looked blankly back at me. 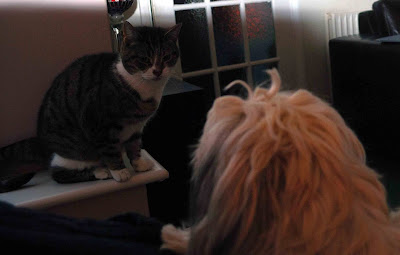 Still it did mean I could keep look over her while she feel into an after dinner slump. 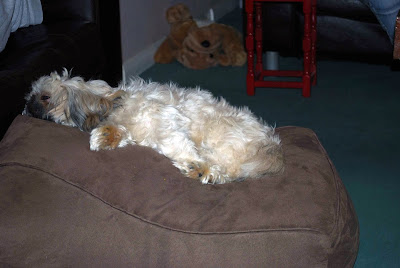 My other eye was on the outside and sure enough Foxy crept up the road, hiding behind one of the cars on the other side. 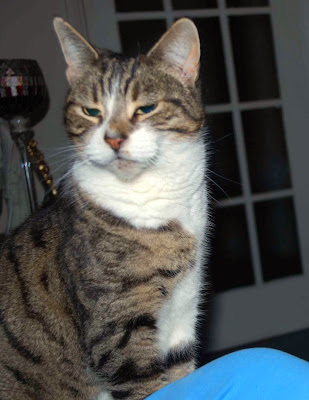 I winked across to George who raised himself up. Us cats are interconnected and I felt the whole of Catworlds hackles raise in unison, even though I was inside our electricity spread and I sent out my rage to my comrades. Foxy got to the point between mine and Mogsie's and out everyone ran. Sarah, Bella, Mogsie and both the Naughty Twins, all at once. George started the dogs off at the back but it being nighttime we had to do without the birds help.

It worked he ran down the road as fast as his legs could take him all of a blur. No sign of Flash though! 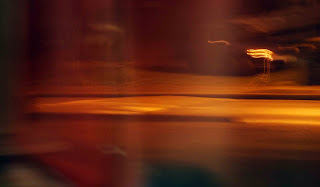 Cats and Dogs - The Other Side
www.riverssong.net/2013/12/thats-unexpected-surprise.html