It's Not At Me You Stupid Cat! He Said

I wondered what the Daddies were looking at out the window but Disappears ended up saying Erghh.

When they moved away I went up there myself to see what they were making such a fuss off and saw The Magpie. I was confused why would he make Daddy go Erghh, so I tapped on the glass and asked him why the Daddies went Erghh at him.

It's not at me you stupid cat! He said.

What do you mean? I asked 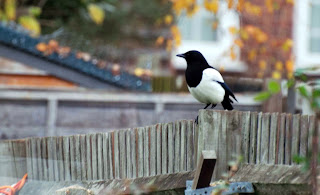 Down there, he said

DOWN THERE! And pointed rather aggressively 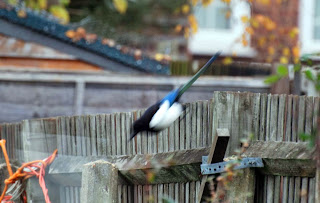 I ran out the front to see who was around. Emma was on look out so I called over to her.

There's Fox doings in the garden, he's made a challenge.

She ran off to tell the others. Red Alert! 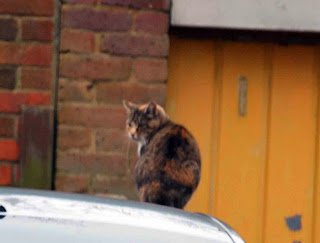