Something I Very Rarely Have - Cat Soup

Everyone's been up very early this morning. I would have thought after Disappears Daddies birthday yesterday that we all would have had a lie-in today but oh no.

Up and out that's them, no idea where they've gone but it did give me the place to myself, something I very rarely have.

After wandering around for a while I decided to venture outside and have a little sit in the Peace Garden, there was a break in the clouds and although the rain no longer bothers me I still prefer to be outside when it's sunny.

As I got half way up the garden I heard the sound of two cats calling out and as I approached Squirrel Tree I could see both the Naughty Twins seeming to have great difficulty in getting past each other. I think they may have been stuck, a right cat soup. 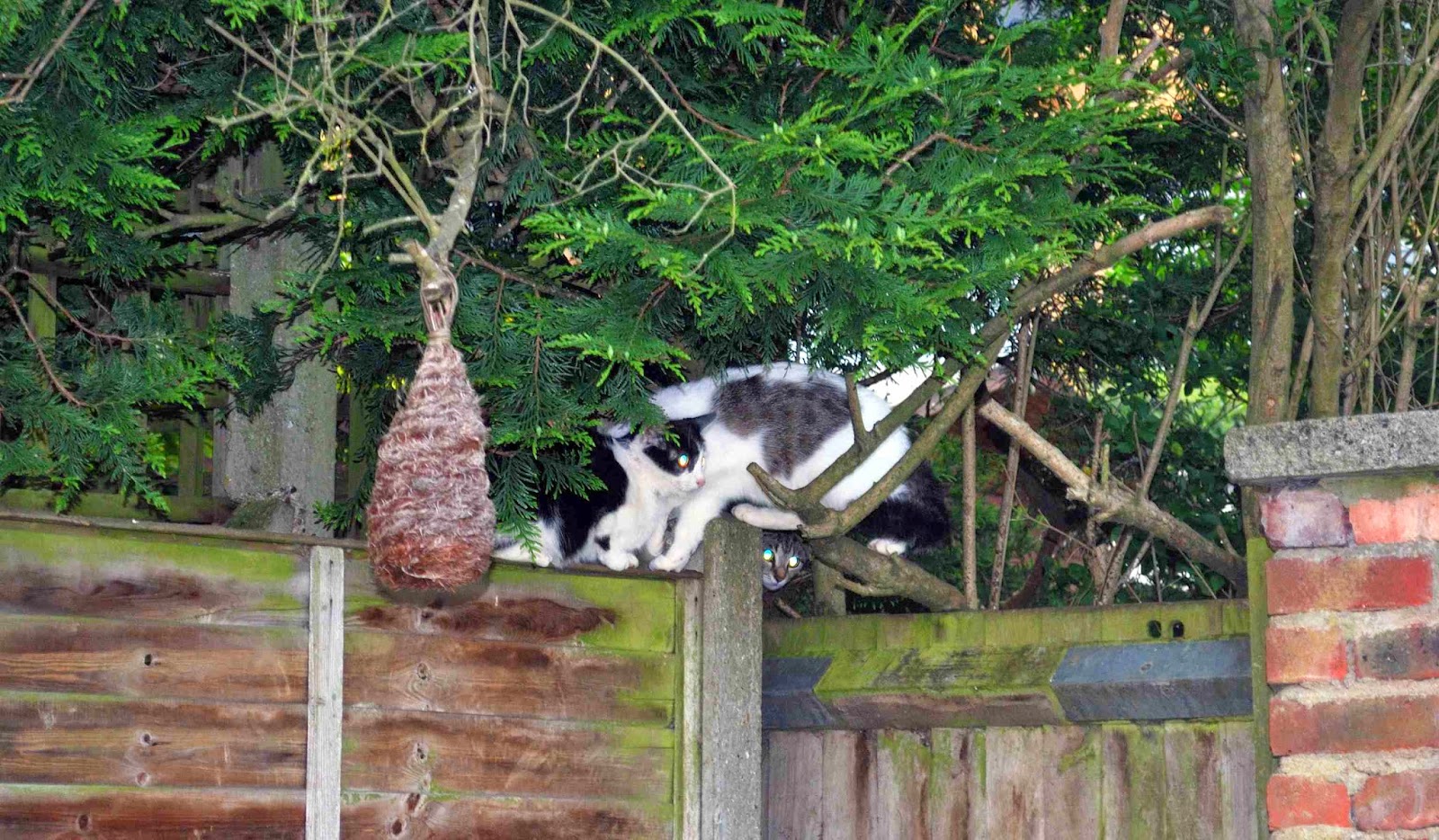