Accused Of Being A Spy

Freya, the Downing Street cat, has this morning been accused of being a spy.

Daddy has been saying for a while that there's people out there that are taking liberties with the information that they collect on those humans and it's recently come out that he was correct although a lot of people thought he was banging on about a load of old rubbish. Us cats are much cleverer we always go under the radar when it comes to such things, no one ever really suspects us until today.

There's a report gone out that she may be a spy, well she's well placed if this is the case although I find it hard to believe that a cat spying would ever be caught. 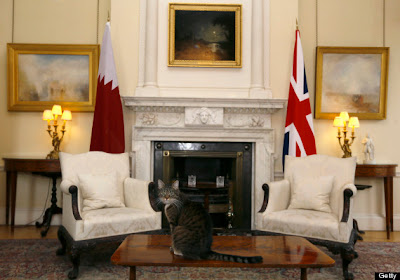