What A Fathers Day Is

Today is called Fathers Day. It happens every year when it's time for all us little children and big children to think about and show our daddies how much they mean to us and how much we love them.

Disappears daddy spoke to the Daddydaddy on the phone for a long time while Stay daddy was out. I like the Daddydaddy, or more to the point I like trying to bug a stroke out of the Daddydaddy, he's not the biggest cat fan in the world but I'm working on him.

I've never met Stay daddies daddy he went to the other land before I was even born but daddy does tell me about him. He was born a long long time ago in 1930 in a place called Cornwall. The daddies said that one day they are going to take River there but it's a long way away and I don't really like leaving the house so there's no point in even considering taking me their on holiday. His cousin Aunty Silver says he was a bit of a rascal when he was young. I secretly think she liked him, really liked him if you know what I mean. 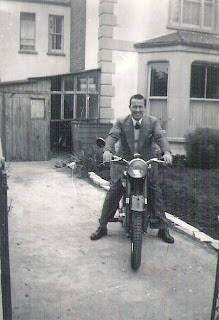 Stay daddy said he would have gotten on very well with the Daddymummy and Daddydaddy especially as they all liked bikes and racing and things.

When he was much younger than daddy is now he went off to something horrible called war but he didn't have a choice and when he was there he got blown up in his tank and had to get better in a land called Japan. 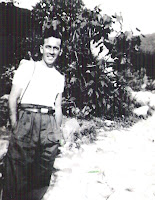 Stay daddy said that he would love to go to Japan one day and he watches a lot of TV from that land. 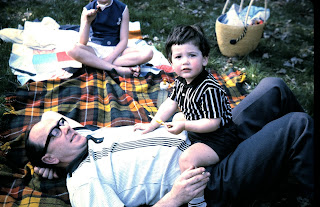 When he came back all well again everyone was very happy and then he met Nanny who was Aunty A's best friend who met when they worked in London in an office. I love Aunty A when she comes to visit as she tells us lots of stories about those times. It all sounds very glamorous when they worked in the West End in Carnaby Street as secretaries and things in the 1950's and 60's although I'm not sure what a secretary is.

After they got married they had some children, daddy being the youngest one. He was a twin you know  but she's not around any more. They all lived together in a museum, daddy says he loved it there and had lots of fun running all around the place with his daddy when everyone had gone home for the day in secret tunnels and things. Nannies daddy also worked there in some of the secret rooms in the library, you had to press a special button behind some books to get in there, it all sounds very mysterious.

Stay daddy has gone out to see him and he cut some of the roses in the front garden that they brought with them when they moved here as a present for him, daddy says he loved those roses, probably why he pinched them.

I've decided to get some of the petals from the roses and leave them out for the daddies to say I love you daddies and have to a special day, not sure what River's got planned actually I'm not even sure if she knows what a Fathers Day is.