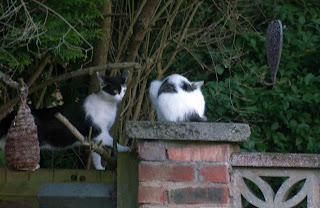 What a revelation, The Wiseman can still be consulted. I meant to go up there and check that out after the darker Naughty Twin was sitting with him the other day but in the end something happened and I didn't.
Just now though I saw him up there with his sister and she looked very upset. They were talking for ages up by the Swinging Heart of Love. I couldn't lip read what was being said as she had her back turned to me. However after a while he moved off and couple of minutes later she turned to face The Wiseman and then I saw her consult with him. Of course you can never see The Wiseman imparting information but it was obvious that her brother had told her to talk to him.

I do hope she's OK, no matter our occasional differences over men I am very fond of her and we did work together on the buried treasures, talking of which I think it's time we called a meeting to decide what to do about the little dragon. 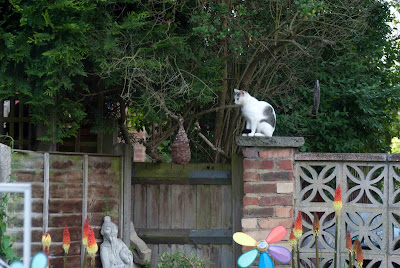