Be Careful Who You Speak To

Be careful who you speak to, the words Mogsie spat out of the side of his mouth as he called by just now. 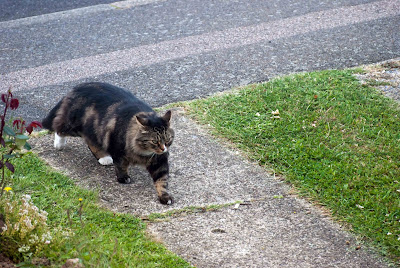 I didn't quiet understand what he was talking about until he indicated behind him with a flick of his head. Behind on the other side of the road the lighter Naughty Twin and Spit was meandering around. Which one was he talking about? I just can't work it out! Spit because of his old links with the New Cat Crew, well Flash has been around recently, or the lighter Naughty Twin because of what she said to me last week about Mogsie. Oh it's a conundrum! 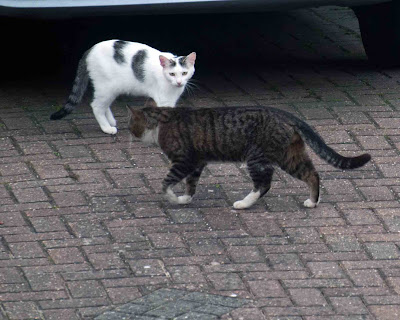