Today is not just my birthday but it's also called The Longest Day. Now I know that that sounds silly everyone knows each day has the same amount of hours but today where we live it's the day with the most amount of daylight, not that you'd think that today with all the grey clouds hanging around.

It's all something to do with the tilt of the earth and the sun and things and generally it's a lovely sunny day but not today.

Daddy also says it's something special called the Summer Solstice. There's a mysterious place called Stonehenge and lots of Druids and people go there today as when the sun rises it comes all through the stones and hits in a direct line the Alter spot.

They don't know how old it is, people try to guess but it's probably at least 5,000 years old. Daddy says he would love to go there one day to see it on this day but won't because it means he won't be with me, ah bless him. It does sound intriguing and although I hate leaving the house that might just be one trip I'm willing to make. 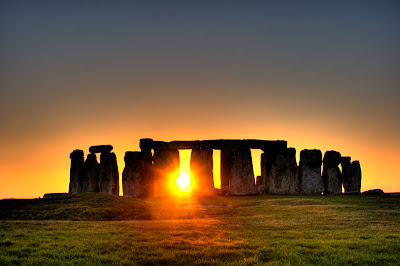