A Flash Of Something In His Eyes

Mogsie and the lighter Naughty Twin seem to have been discussing things and I'm sure they include me.

A little after Chameleon left after his stand off with the lighter Naughty Twin Mogsie appeared from around the back of his house, they appeared in deep conversation and while Mogsie gave himself a little bathe chatter, chatter, chat they went.

Mogsie then took a walk across a couple of the gardens, I'm assuming trying to work out where Chameleon was before walking over the road towards me.

As he passed by Daddies car he looked up in the front window, right where I was sitting and although I can't be sure it looked suspiciously like he spotted me, there was a flash of something in his eyes. He didn't stop or slow his pace just carrying on up the side of the house and across the back, over our back wall and across into C's garden. A lap of protection no doubt, Mogsie always keeping us safe, even when we're gone. 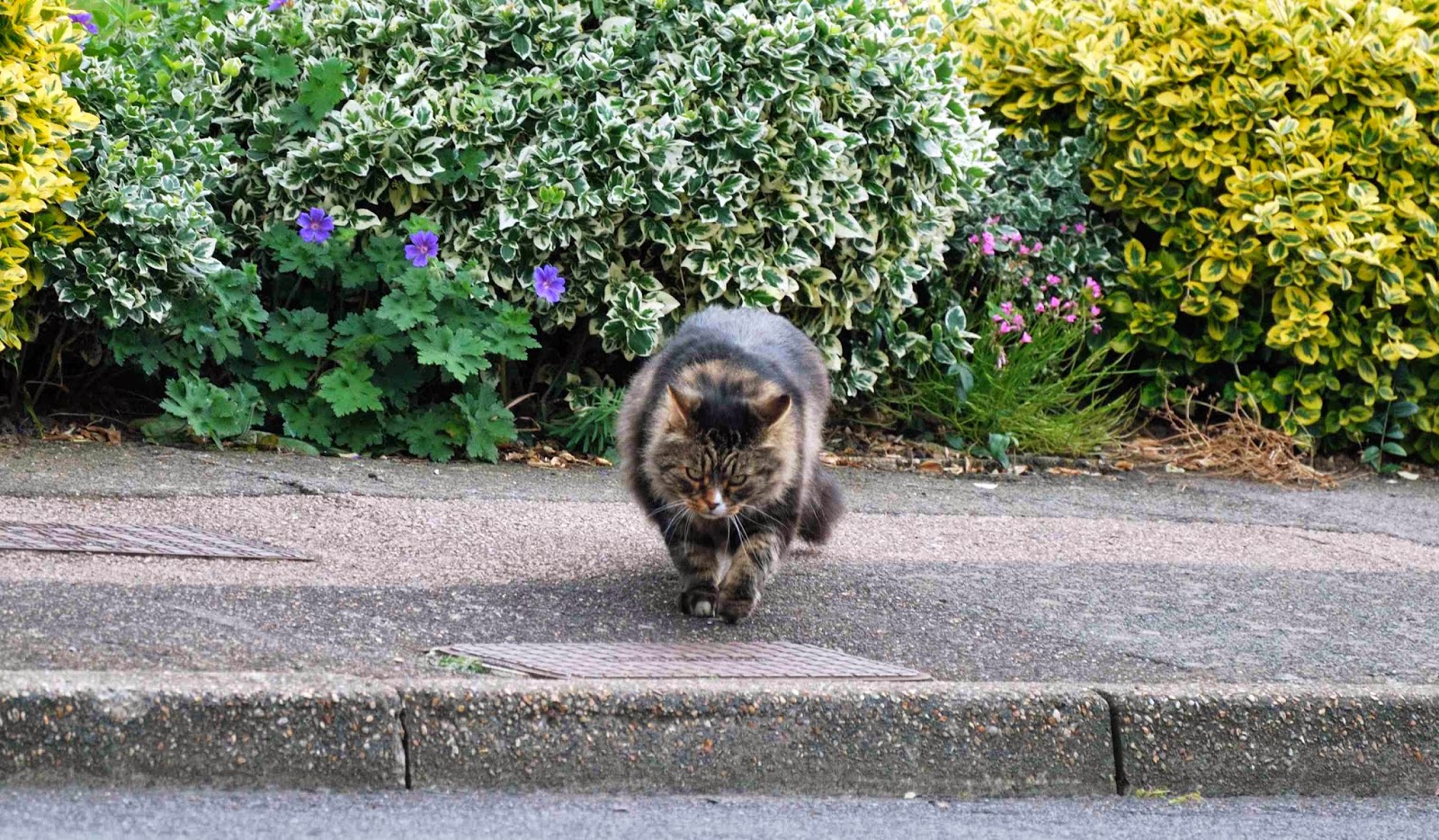