He Hung His Head In Shame

Everyone was settled down for the evening, the Daddies are getting excited about that show with the people living in a house who scream and shout at each other yep that's back on, when the way that River was acting as she looked out the window drew my attention. 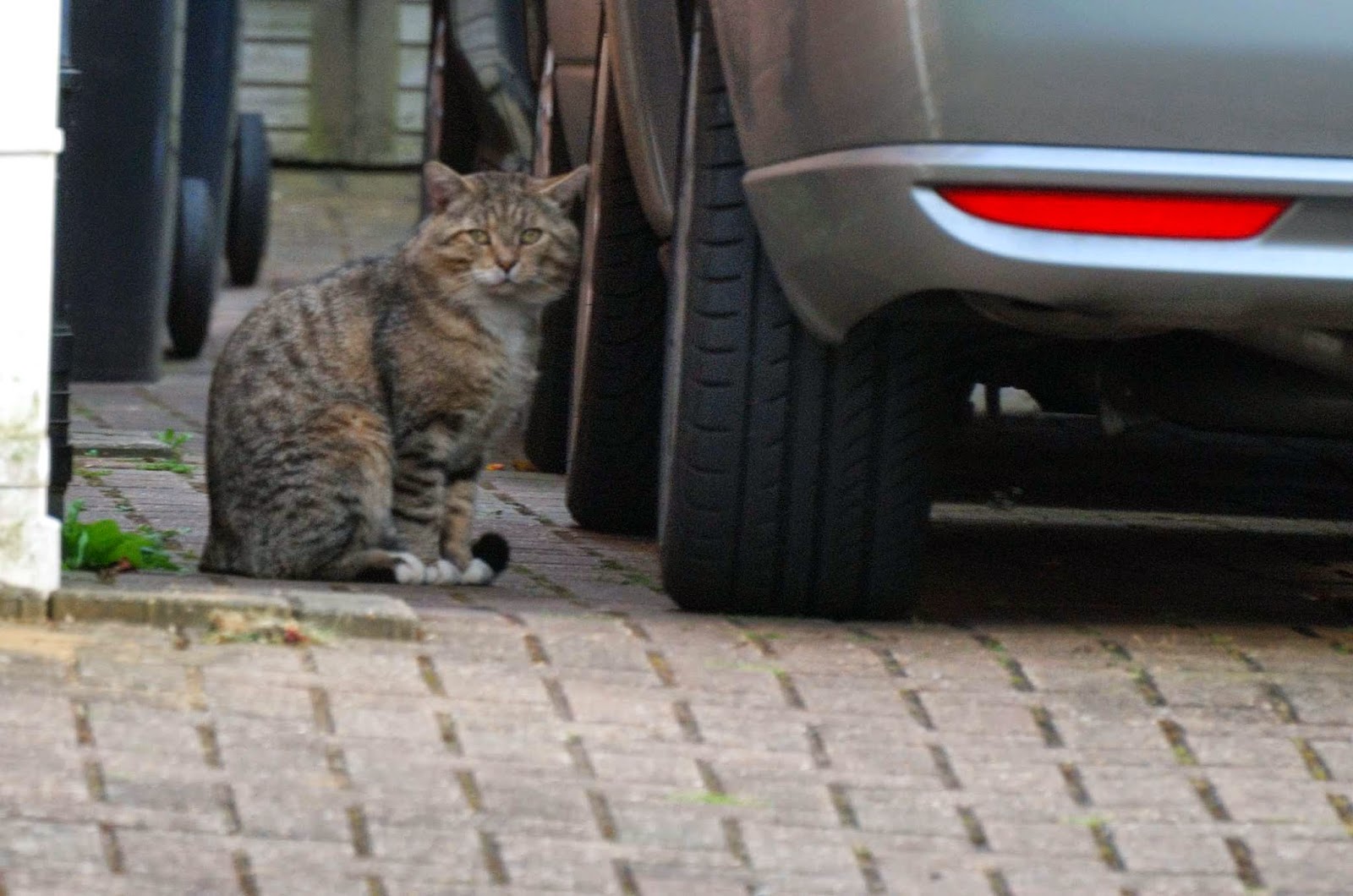 There over the other side of the road was Chameleon sitting by the side of R's car occasionally looking under at Sarah who appeared to be hiding away from him.

It didn't look like a good situation and I was about to run over there and jump in, I don't know what I could of done, I can't even dig in dirt at the moment, when out of nowhere Mogsie appeared.

He certainly wasn't go to having any of Chameleons intimidating behaviour and he was letting him know in no uncertain terms who manages Catworld.

Mogsie confidently hissed at Chameleon who immediately hung his head in shame and backed down, walking around the corner before running as fast as his legs would carry him.

Well done Mogsie, I bet Chameleon was trying to get something out of Sarah about the buried treasures! 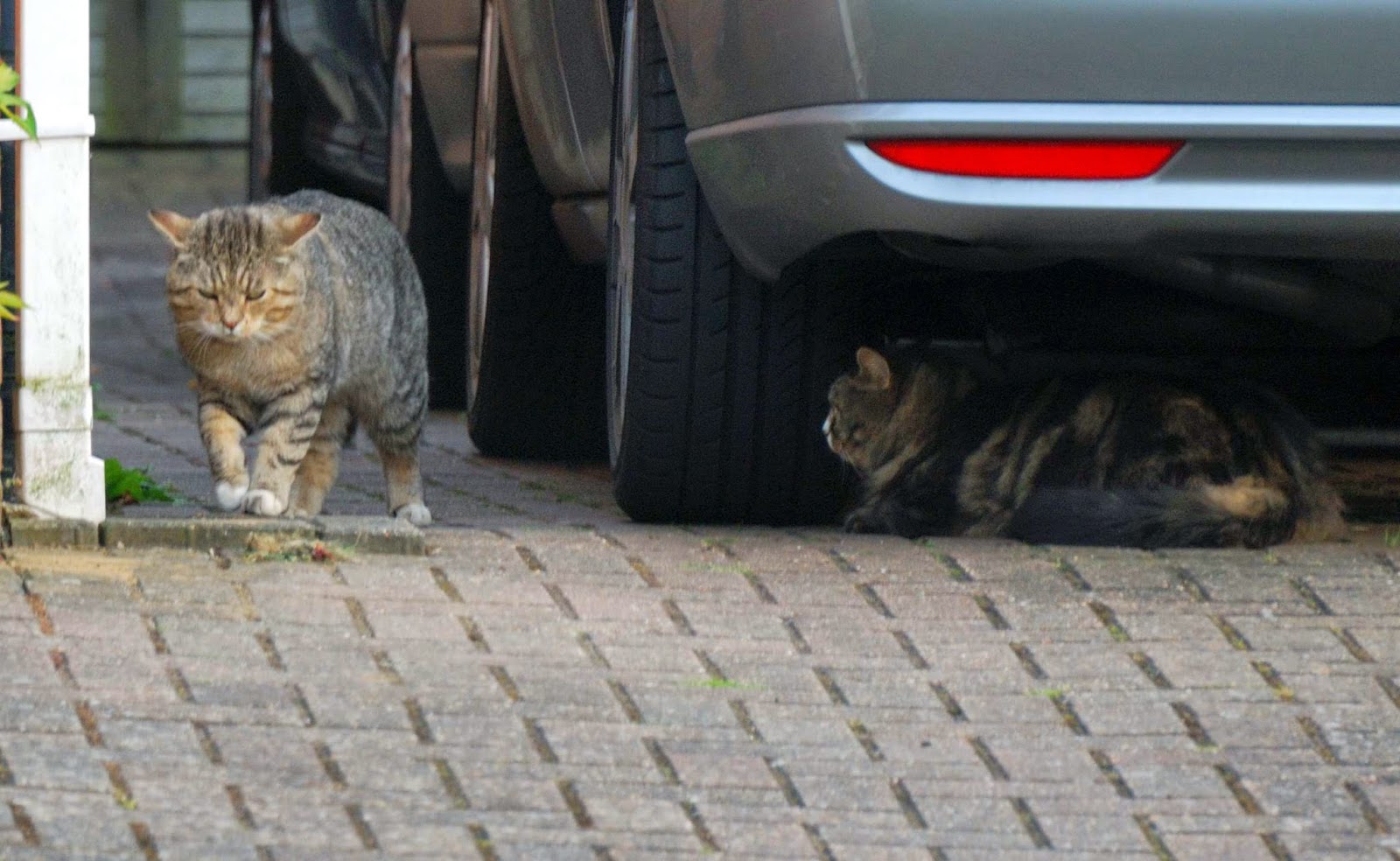