You Just Never Can Be Sure What They Are Up To!

I'm now beginning to think that whatever Sarah may have buried in the front garden may have something to do with Chameleon as he's been sitting across the road staring over here for ages. In any case it's producing a fair amount of interest, I'm beginning to think maybe the lighter Naughty Twin was keeping watch out for it especially since I've spotted Chameleon hanging around.

Now I've drawn up a list of why I think he is doing that;

1. Sarah has buried something that is his and has stolen and hidden it but that would be very unlike her.
2. Sarah has buried something that is of interest to him but as he's a member of The New Cat Crew it might not be his, or
3. He did come across here a while ago after hearing the rumor that I was back and maybe he's trying to see if he can spot anything about that, communicate with me, that sort of thing.

The problem is with any member of The New Cat Crew you just never can be sure what they are up to! 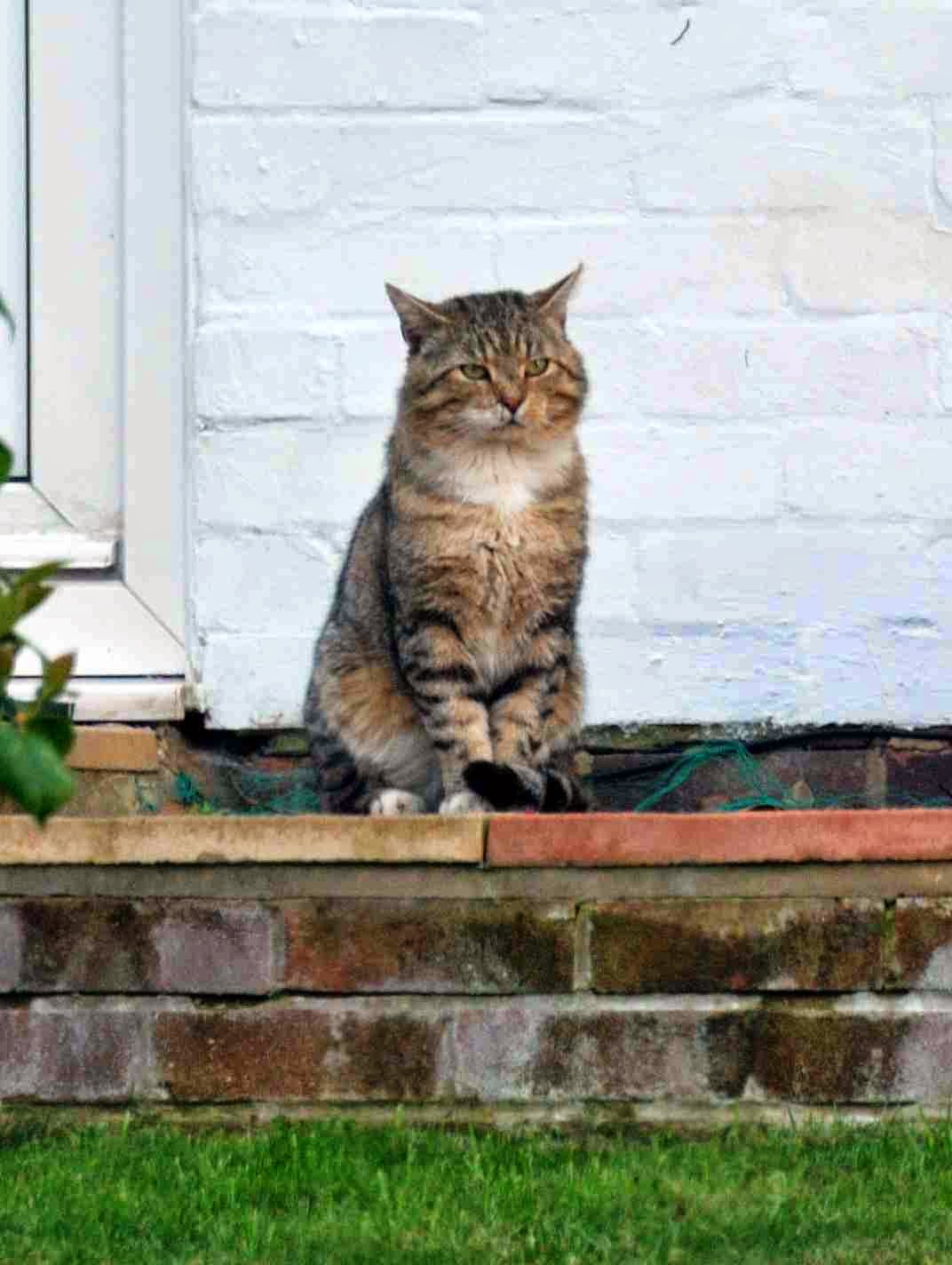