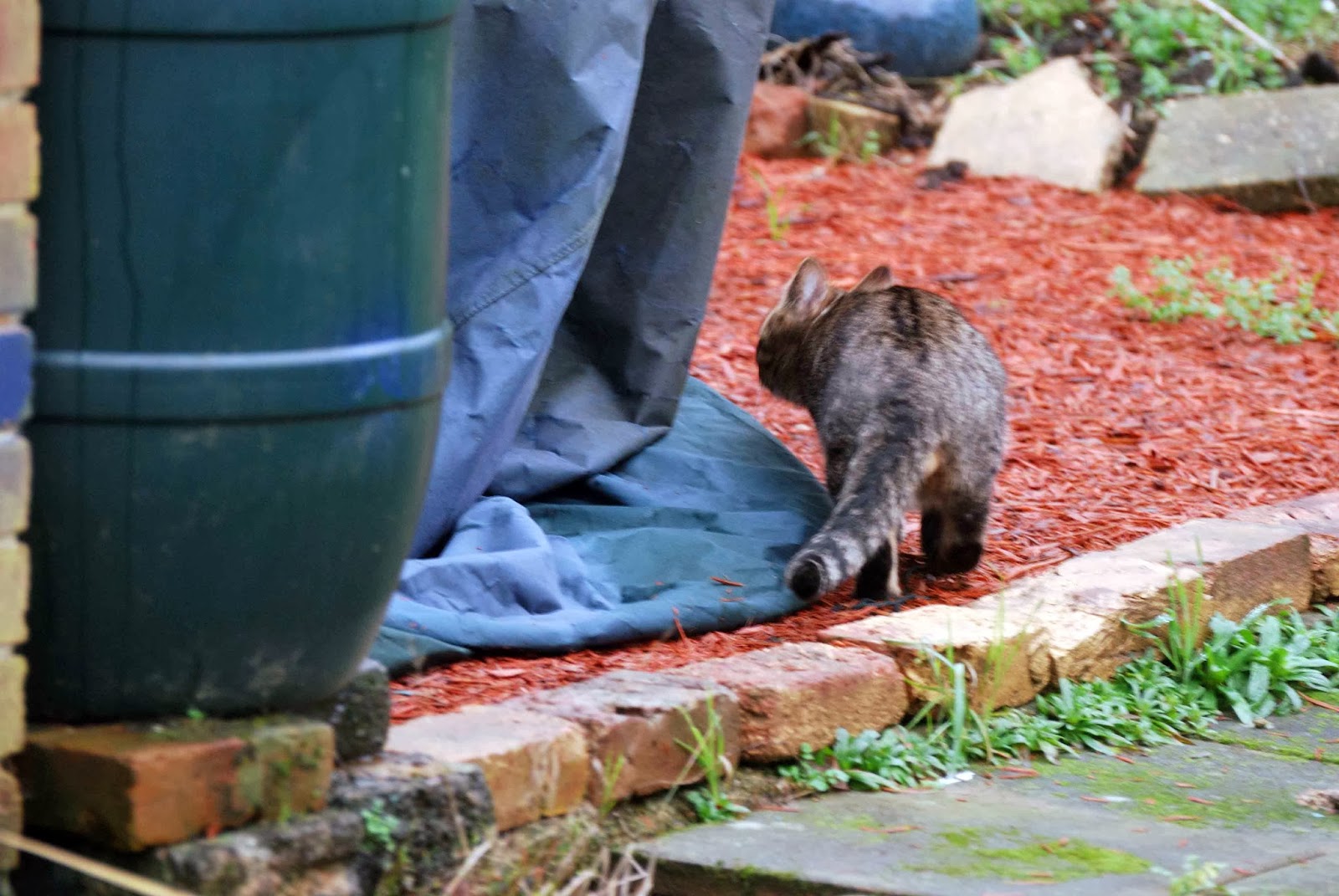 Only yesterday I was talking about has anyone seen any members of The New Cat Crew and what happens, the very next morning I spot the one who looks like a Tiger, Sarah's doppelganger, creeping around the back garden.

I was sitting up the back amongst the bric-a-brac on the table looking at the ever darkening sky and whirling winds, waiting to see what happened with the weather, a storm was brewing of that I was sure, when I caught a glint of movement out of the corner of my eye near where the glass house used to be.

There Tiger was sniffing around. 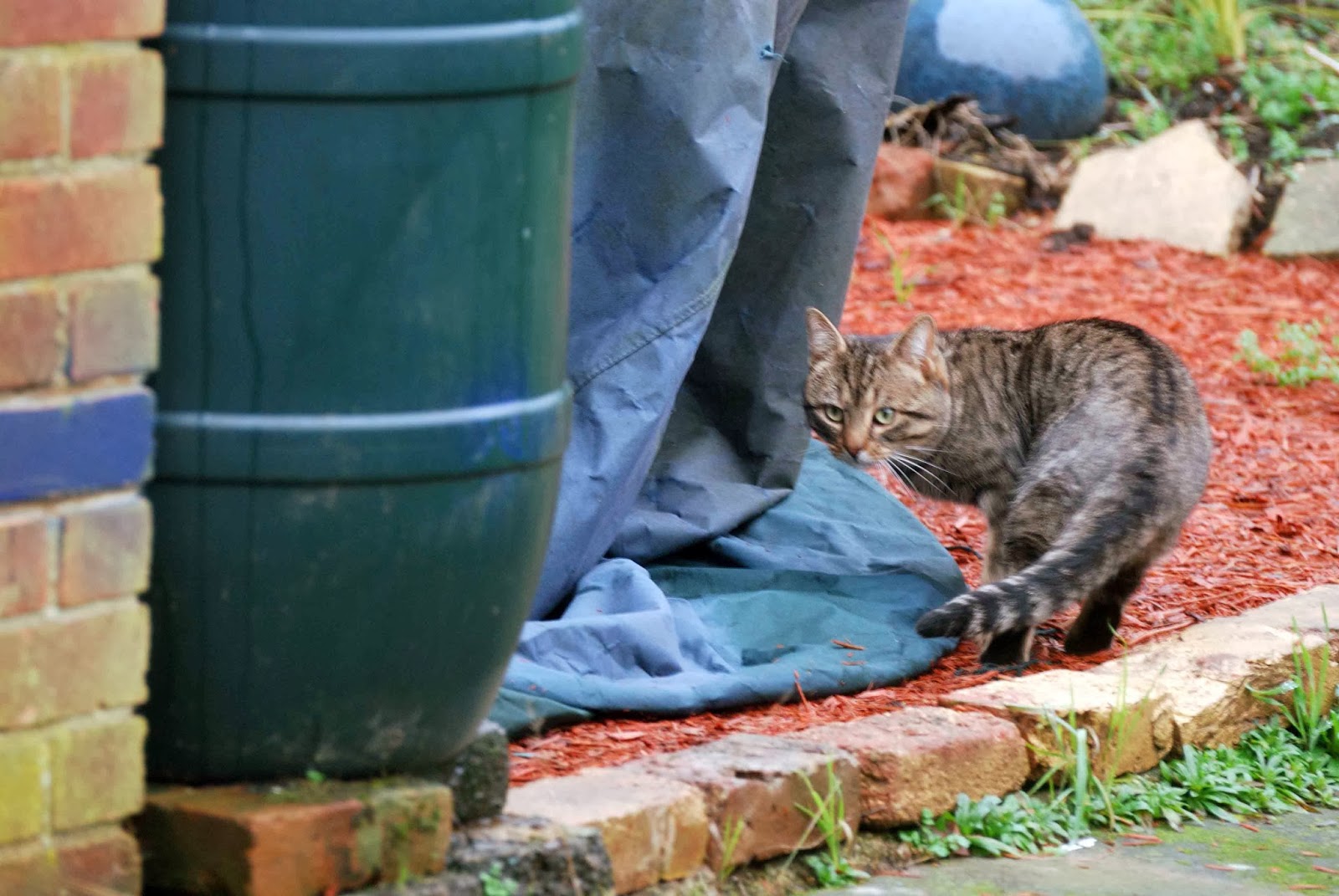 I sat there quietly, knowledge if power and if Tiger doesn't see me he's more likely to be a bit less guarded and I can get a better idea of what he was up to.

He sniffed some of the twigs in front of the garage door, laid there in a tangle mess to try to keep River from venturing into the garage, and then jumped right in just as the sky could take no more grey and the clouds cascaded a waterfall on Catworld. The storm broke! 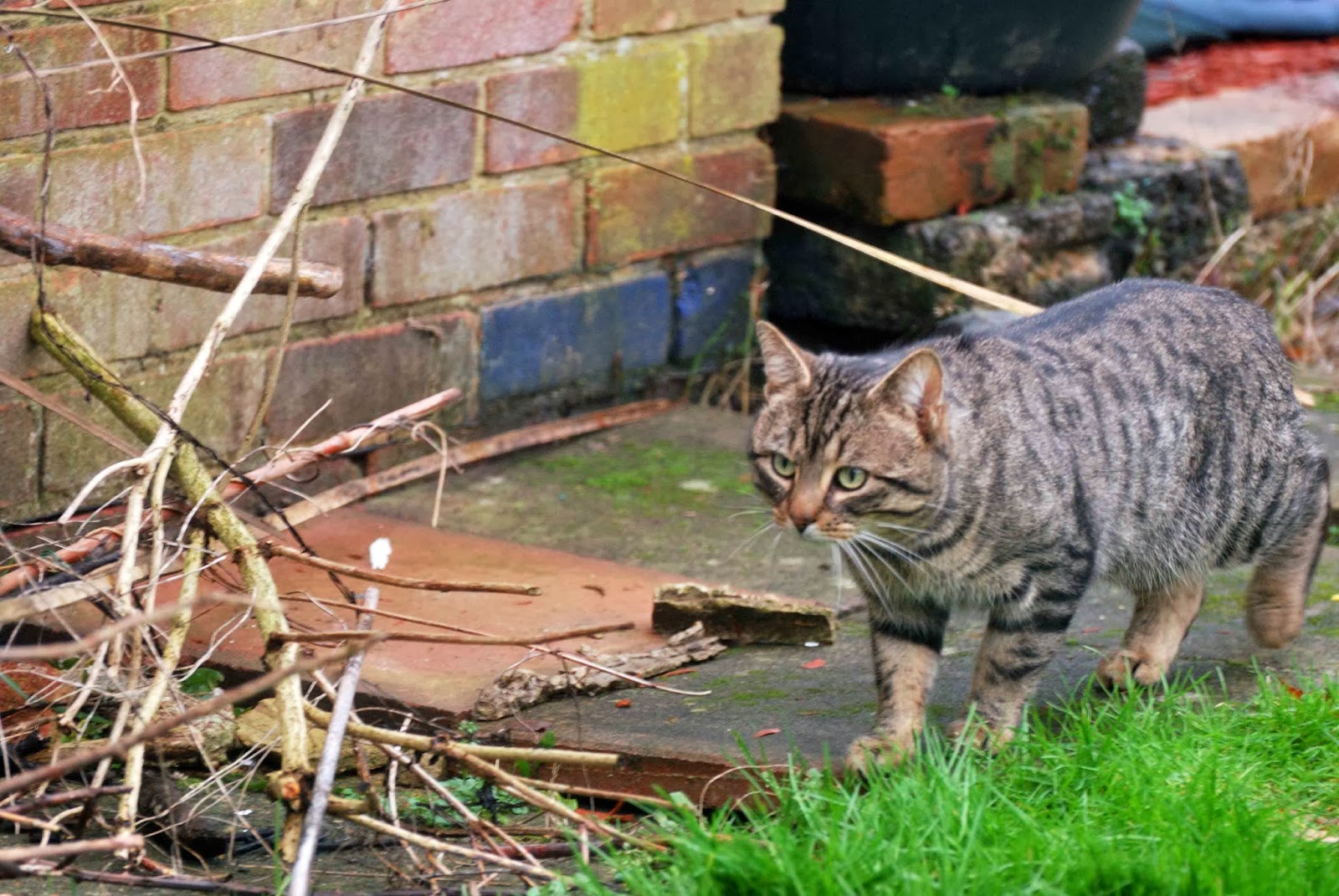