Before The Sun Was Even Up Even though this morning the Daddies got up slightly later than normal so we all got a bit of a sleep in, we're all very tired, must be something to do with it being Friday and a fairly busy week.

I was trying to wake myself up, sitting amongst this ever growing bric-a-brac on the table, River was cuddled up on the duvet on the sofa, pinching Stay Daddies spot, still he didn't seem to mind too much, and then all of a sudden I heard a call from out the back. 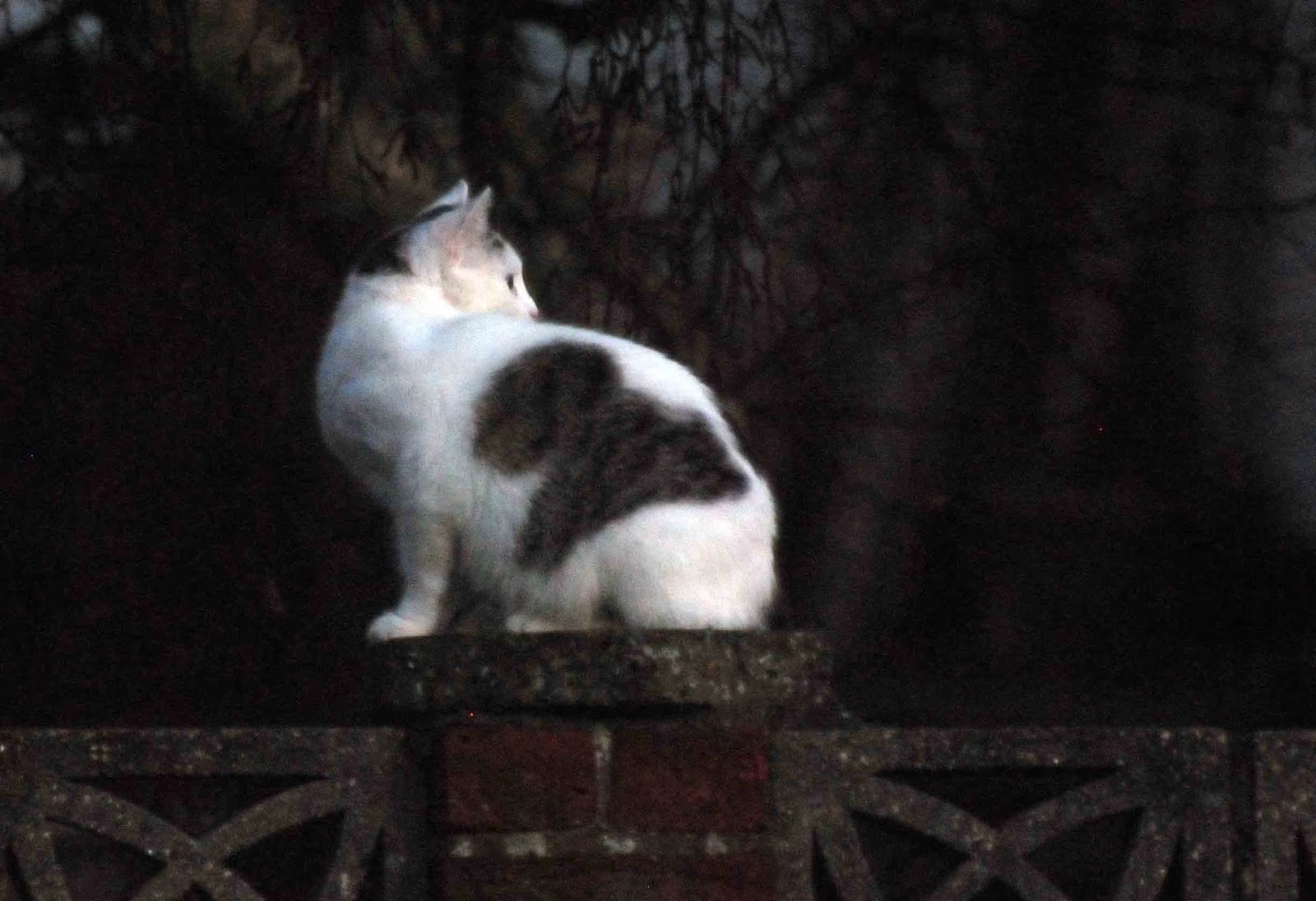 Looking up I saw the lighter Naughty Twin looking around very nervously. Although she never seem to sleep, being up all times of the day and night, it was unusual for her to be calling this early, before the sun was even up.
I couldn't get out Stay Daddy had blocked my door with the bin to stop River from going out too early barking and waking everyone up, so I mouthed through the window asking her if everything was OK?

Apparently not, Flash and Tiger had been spotted trying to break into her's and she was spreading the news. Of course George stepped up and chased them away but now they are using the night to make their moves, I guess we're going to be back on 24/7 watch again. Great! 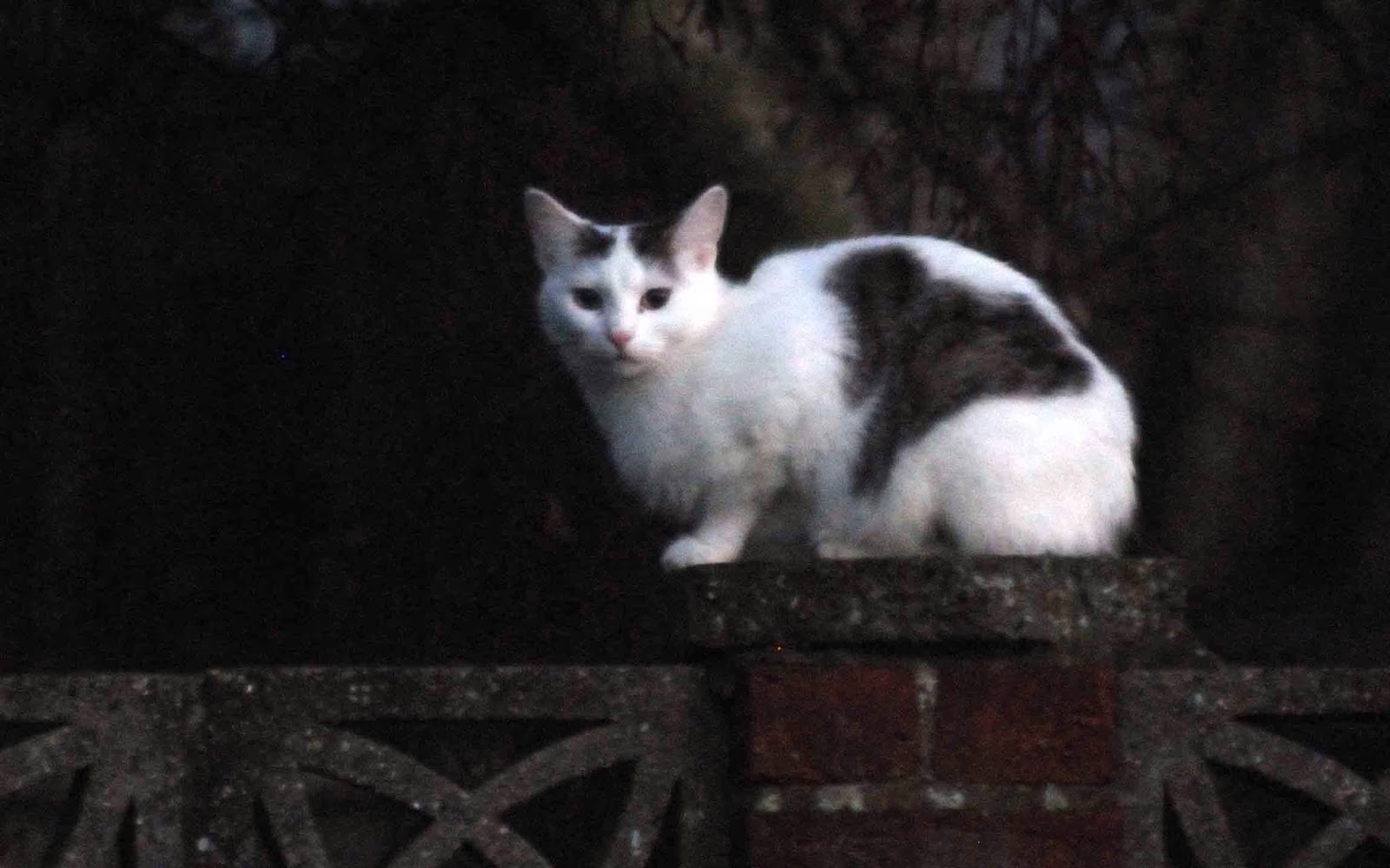