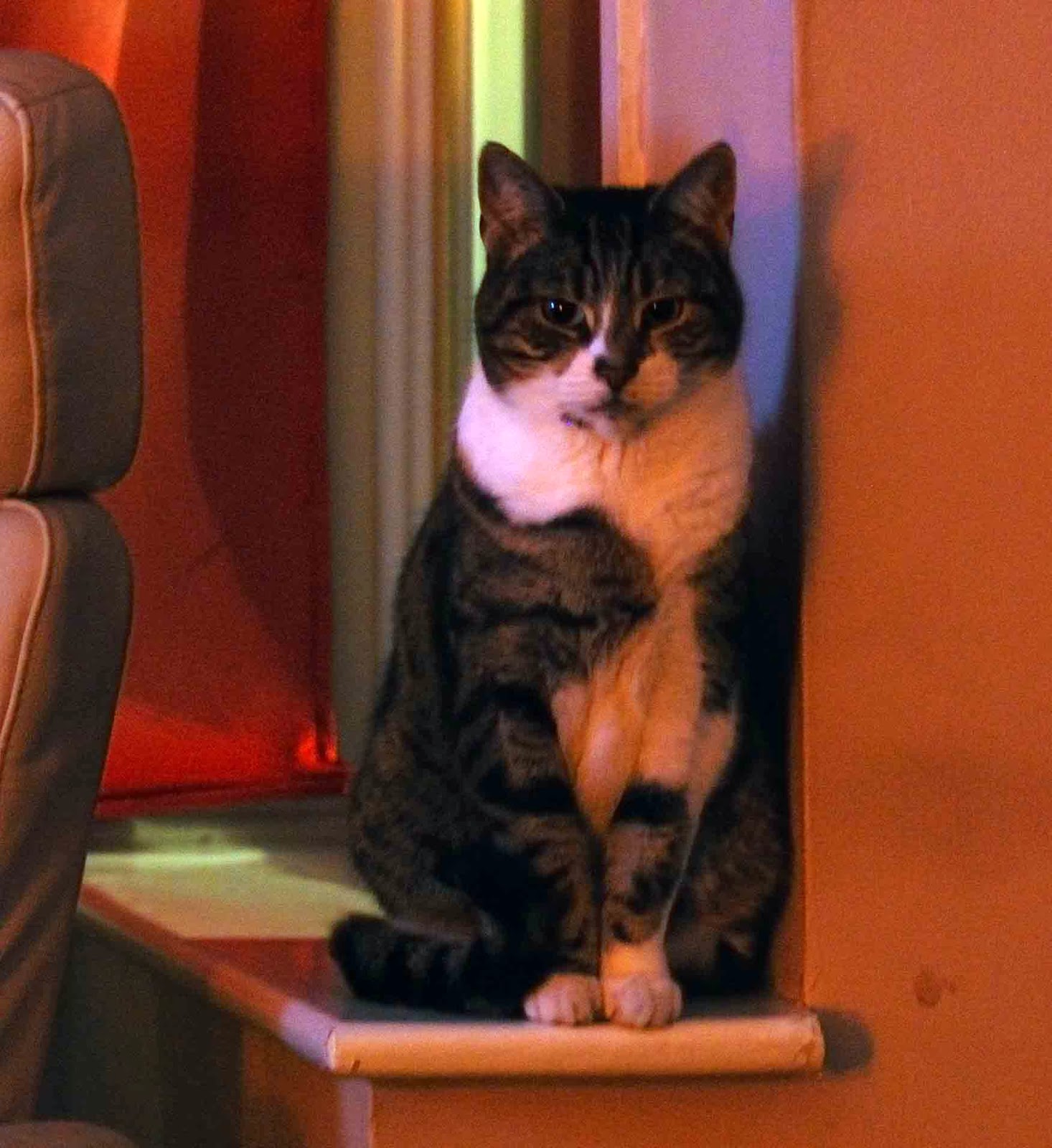 It's been a very late night. VERY LATE!
I haven't been to bed yet, although I'm off to sleep in a minute. Disappears Daddy was out which was good because as least I got some company with Stay sitting up with me. About 9pm a thick fog descended all over Catworld making viewing even under the street lights very hard.

I could just about make out the lighter Naughty Twin running around but nothing that seems out of the usual. Stay went and got Disappears, in they came, had a chat and went to bed and I was left all alone.

Mogsie walked over about midnight, the window was closed but the bin had been moved from the back exit and River was upstairs as I was able to pop out and have a little chat with him.

I asked if anything had happened yet and he said he's neither seen nor heard anything but Ginger Cat and his friends where waiting around in his back garden, catching some sleep but all was quiet.

2am and I saw the lighter Naughty Twin go by again, I thought here we go but a couple of minutes later I saw her walking across my grass, no panic, no nothing.

By the time that the Daddies got up the fog was even thicker and still nothing, no sign of Foxy, no sign of the New Cat Crew.

The Daddies went out and the sun began to come up, I went upstairs and looked out of the window getting a slightly better view of the back of Catworld and I saw the lighter Naughty Twin again, I do wonder if she ever sleeps.

She came running up to the window.

There's been an attack, he blurted.

What? I'd not seen anything!

Foxy and Flash and everyone has raided Ginger Cats land. They just went back and saw mess everywhere, I'm off to tell Mogsie.

You clever, clever fox! Making everyone think it was us that you were going to attack us, wait until it was too foggy for normal cat night time activity and confusing us all. Foxes really are sly! 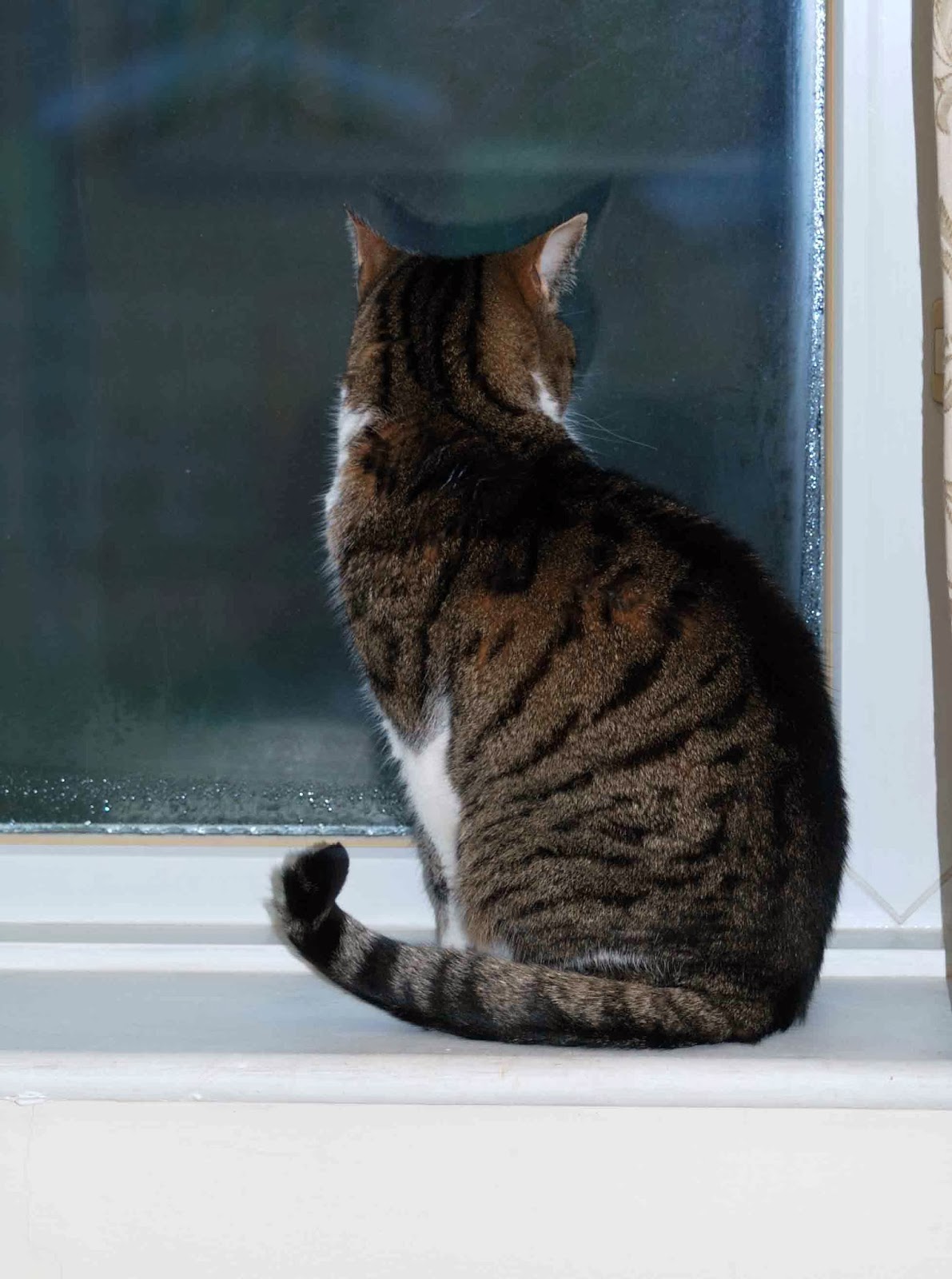