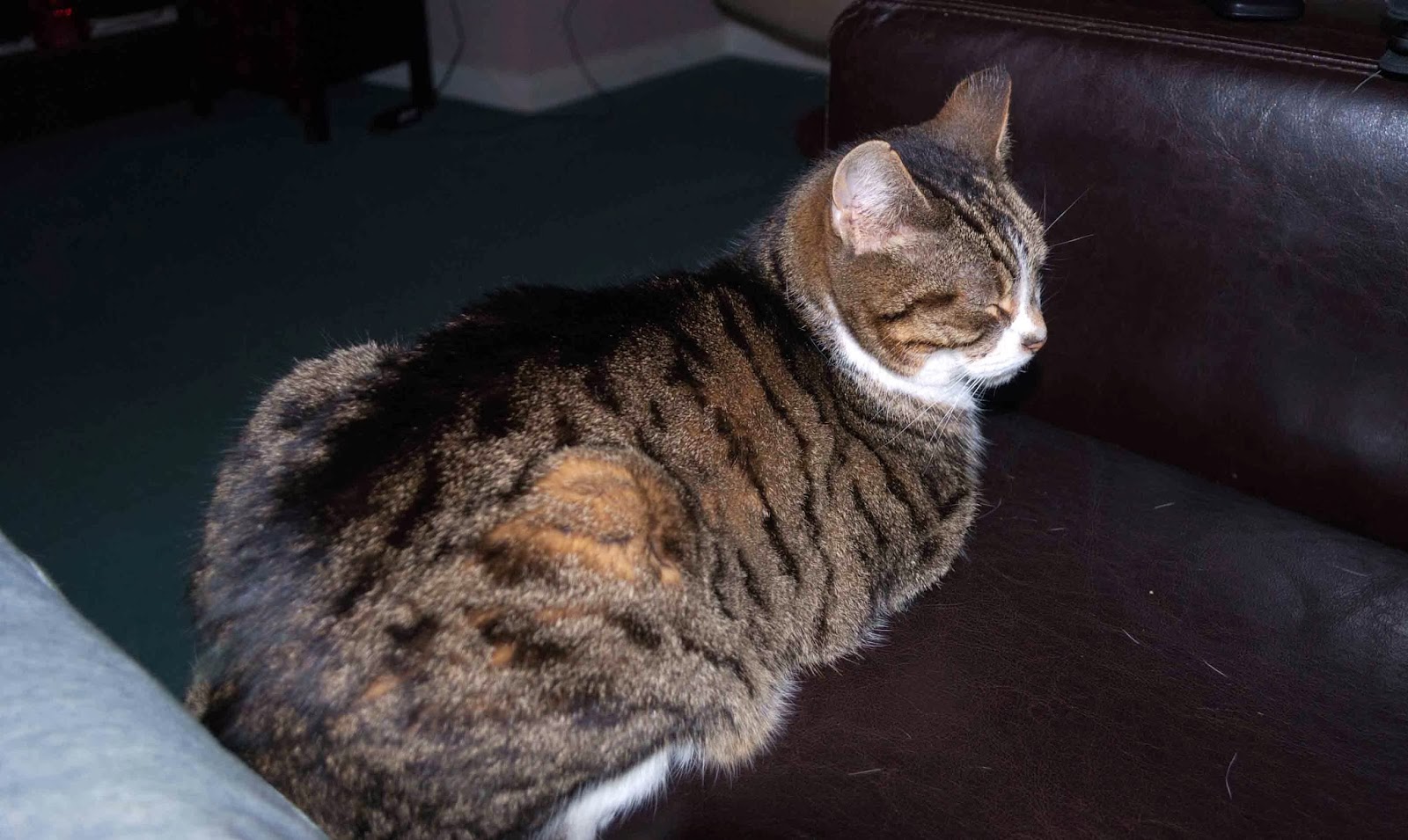 River has dominated Daddies lap all night and I'd just about had enough, I wanted up there, so up there I went. He was settling down to watch that show about all those people arguing in a house that he loves so much. He seemed very happy and I wanted some of that, however it was not to be, well not at least in the way I expected it.

Up I crept onto his chest just getting settled when I felt hot air on my behind, yep she was at it again, sniffing my nether regions with rigour, I thought she had fallen asleep, I guess my touch isn't as light as it used to be. So off I get, but I wasn't going to go far, but I was not happy! 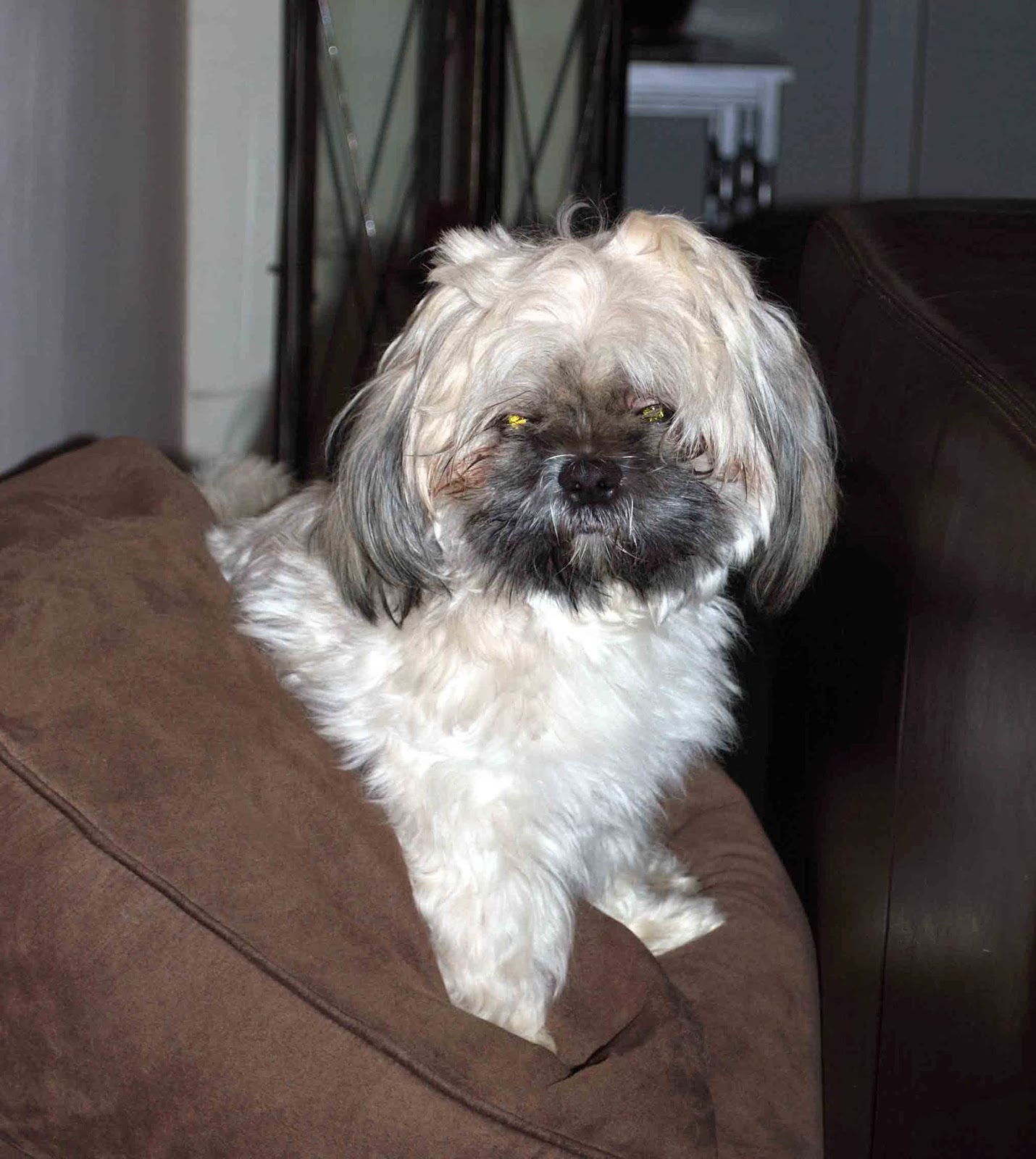 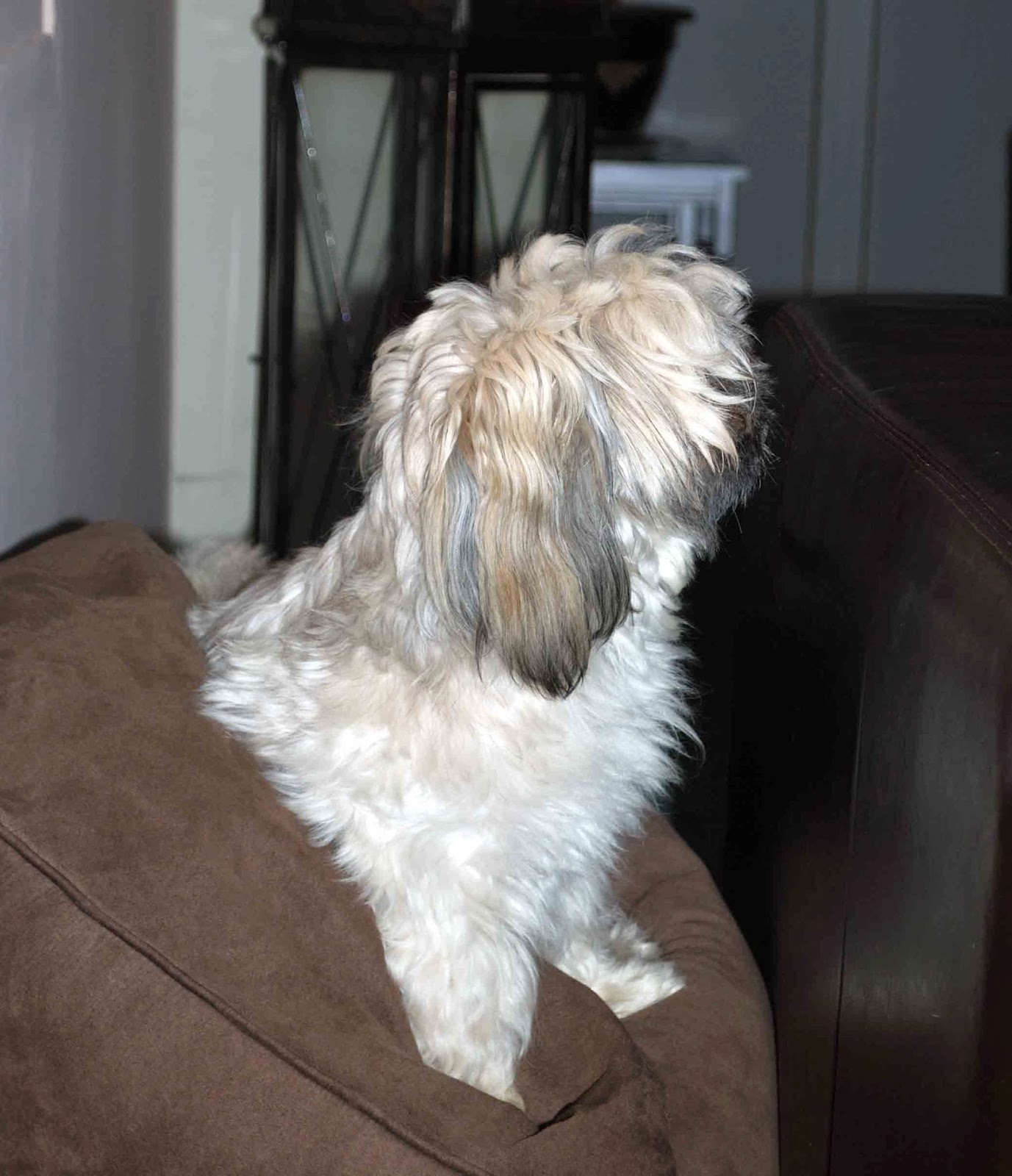 Oh no that wasn't good enough she had to continue to trying to sniff me so off I went and off she followed, all around the house, blocking me exit up the stairs, Daddy had blocked my exit out the garden, I was just blocked everywhere. Daddy came to my rescue though and blocked the space by the sofa, not that it didn't stop her from trying, up she jumped but for some reason seemed scared to jump off the other side. Then she got stuck.

Then I had the last laugh as she whinged at Daddy to help her down. Oh dear, never mind.

Cats and Dogs - The Other Side
www.riverssong.net/2014/01/help-me-then.html