And This Time I Decided To Join Them

When I saw Puppynap putting Rivers coat on her I got a bit of a pang. He's been in pretty much the whole time since I came back and I didn't want him to go out and leave me here on my own so I made a bit of a snap decision. This time I decided to join them.

It didn't even ocure to me that maybe I would be restricted within the confines of my own home. I must admit I was also curious to see what they got up to when they went out... 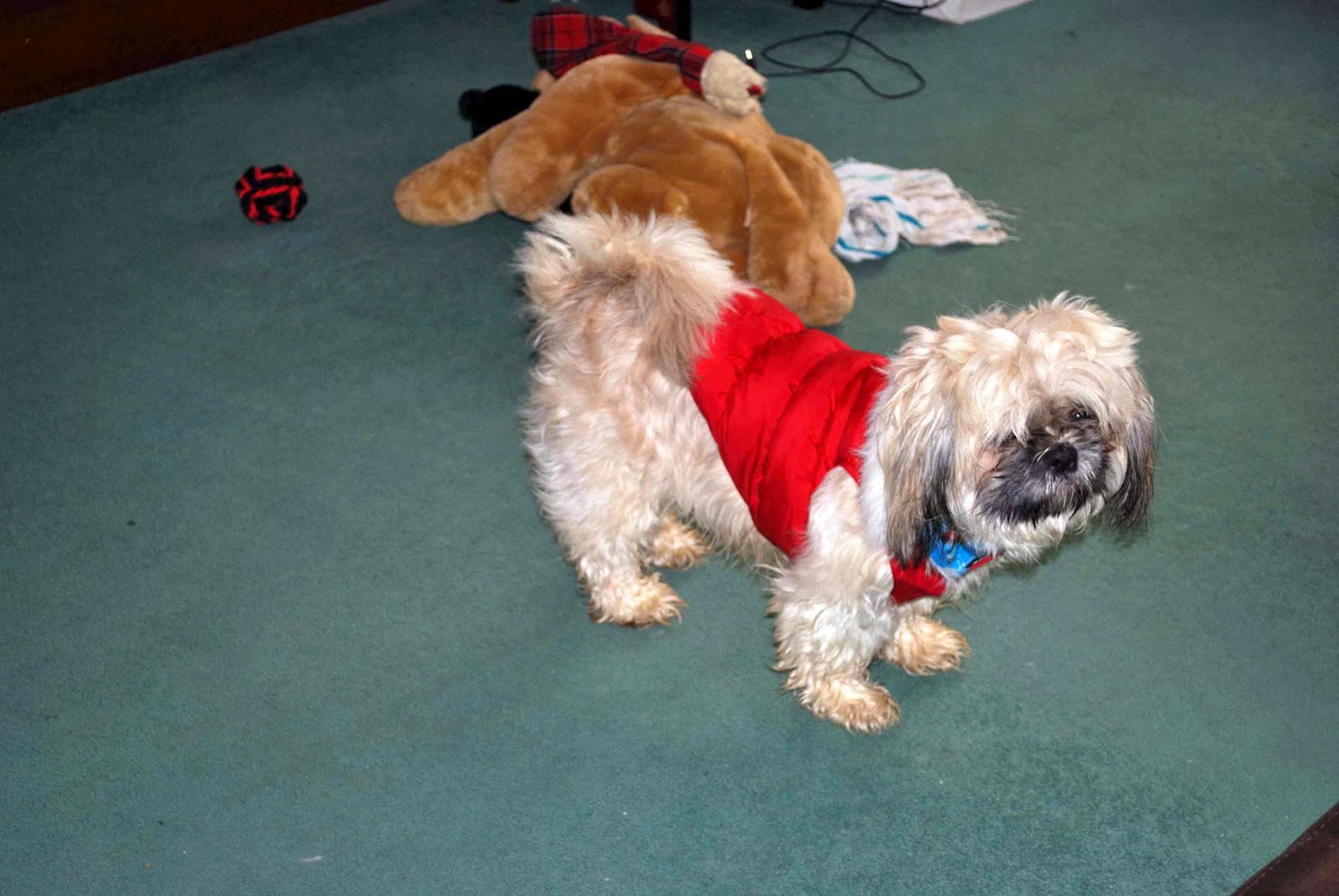 ...so as soon as the front door was opened and River dived out I dashed after her. 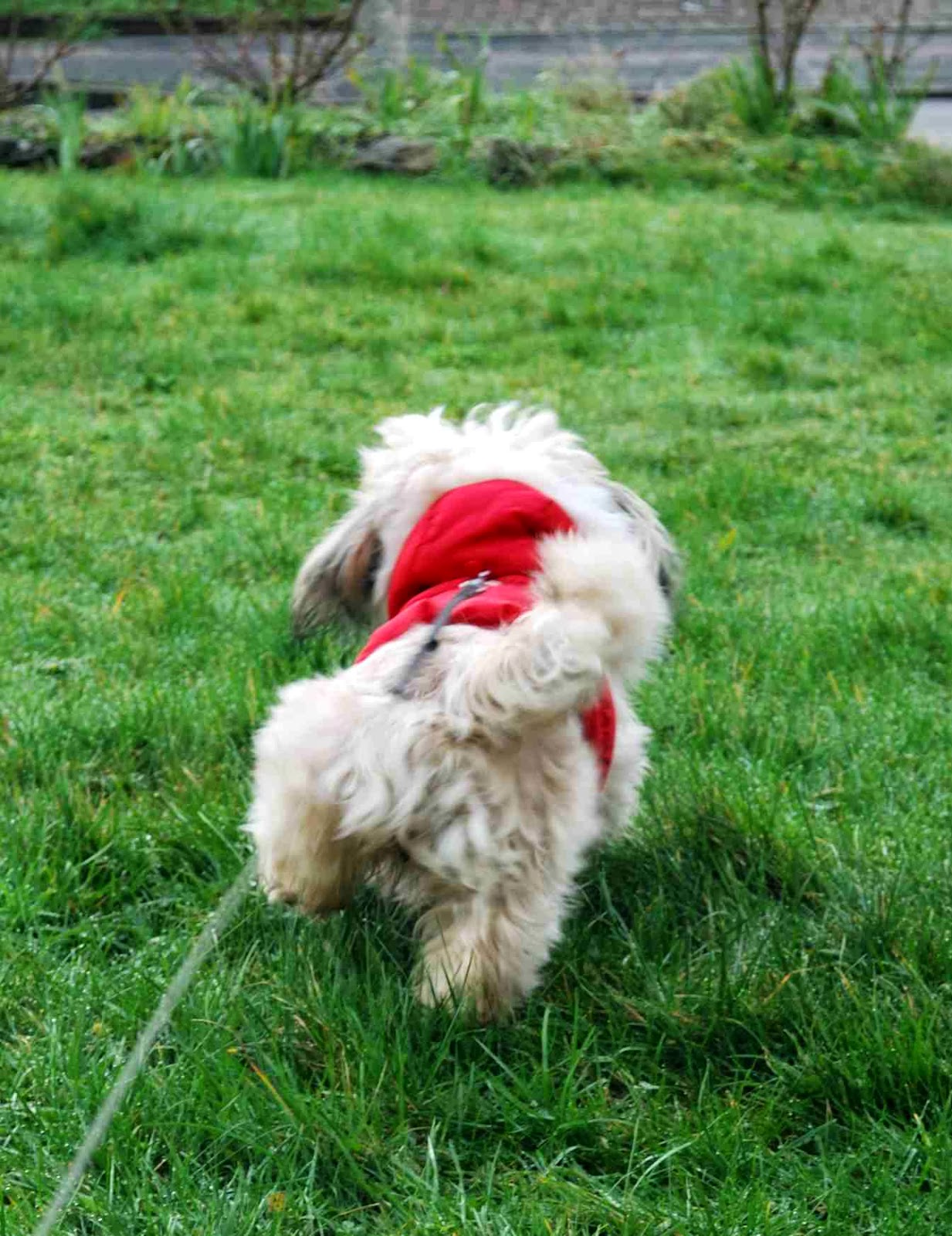 I could tell it was cold out, their was clouds coming from Daddies mouth as he talked but I didn't feel any different from being inside. It was nice to get out though. 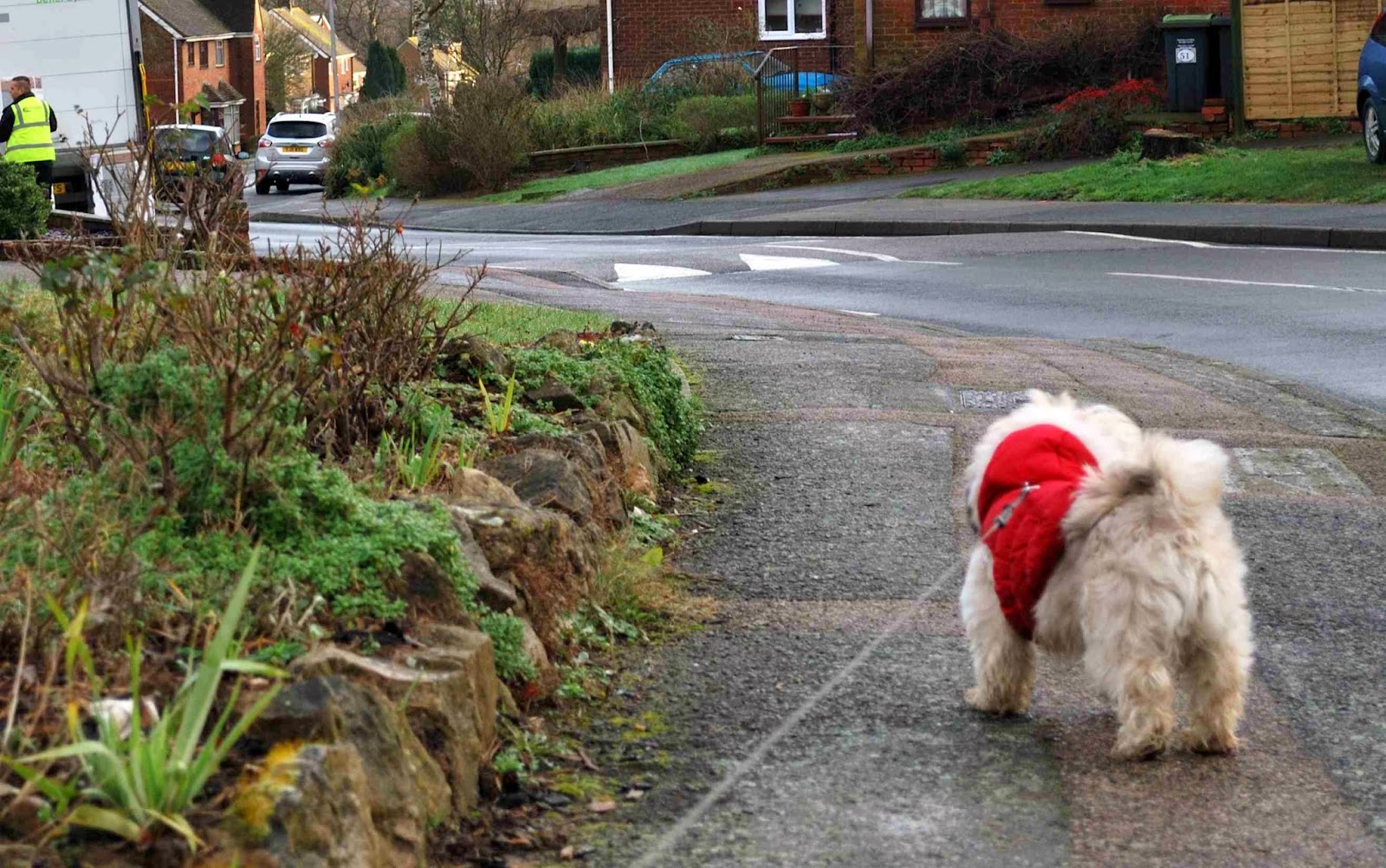 We started to walk down the road when we spotted some men delivering furniture a couple of doors down. I'd never been in that house before and as the front door was open I quickly dashed in. The men were growning as they attempted to move a great big fridge. I thought about jumping on the top for a bit of a ride but I could hear Daddy shouting out quickly to River, not wanting to be left behind I dashed back out. 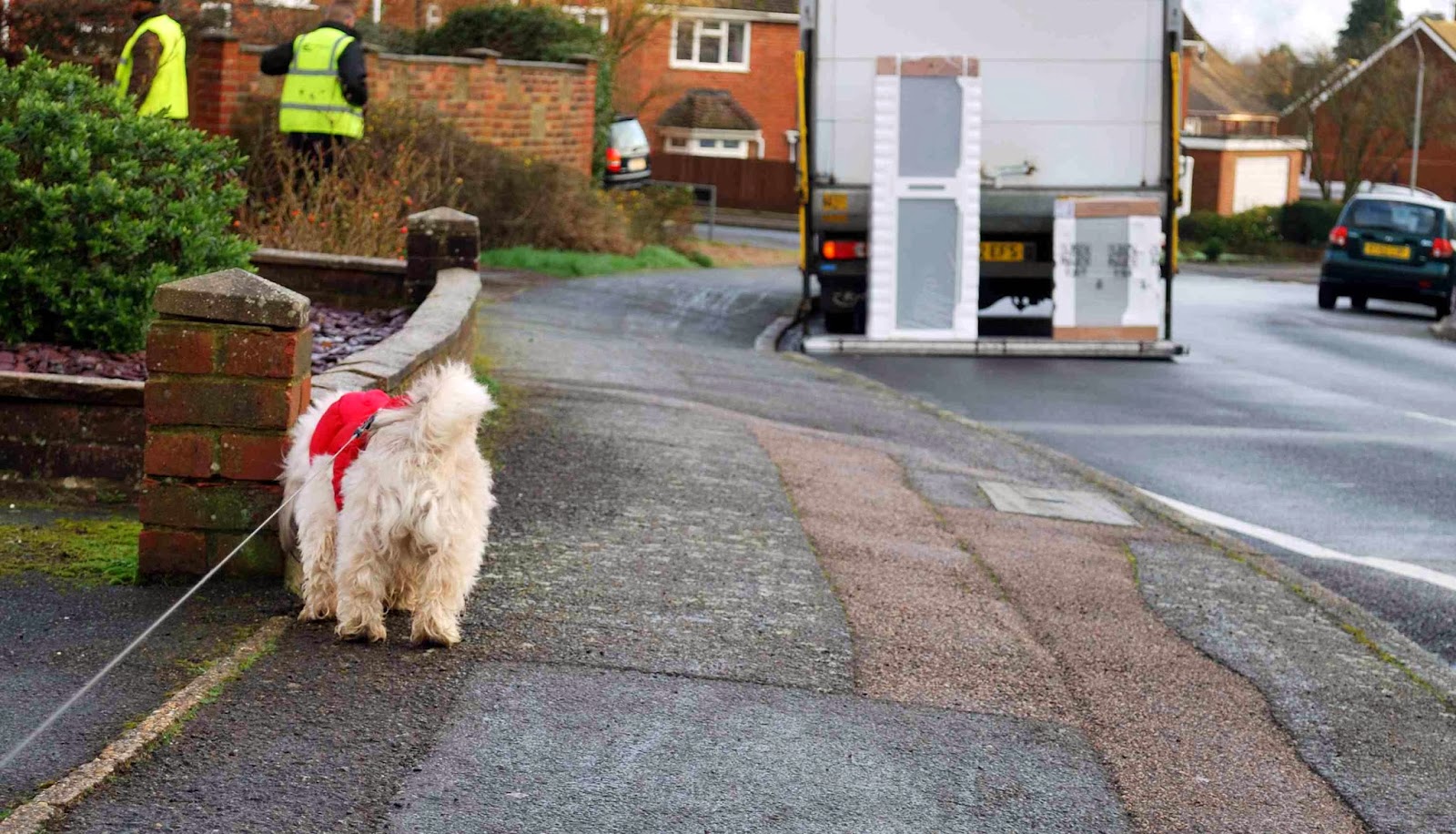 Just in time to see her doing some sort of show jumping. I must say, as much as she used to bug me chasing me all over the house, she's got an impressive leap in the street, she must have been practising. 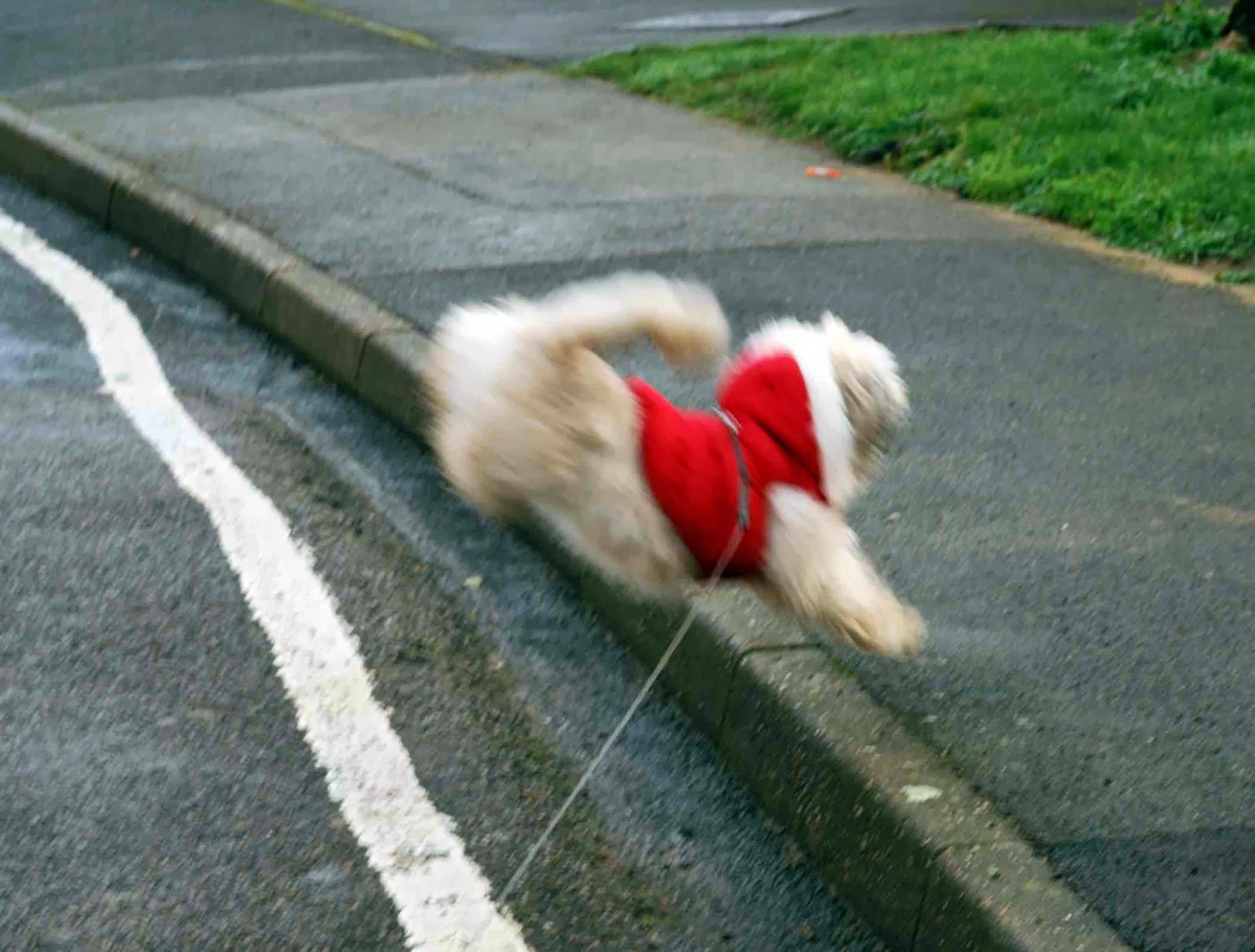 Now one thing I learnt on this journey, it takes you at least twice as long as it needs to and River loves stopping at near enough every plant and sticking her head right in sniffing it. 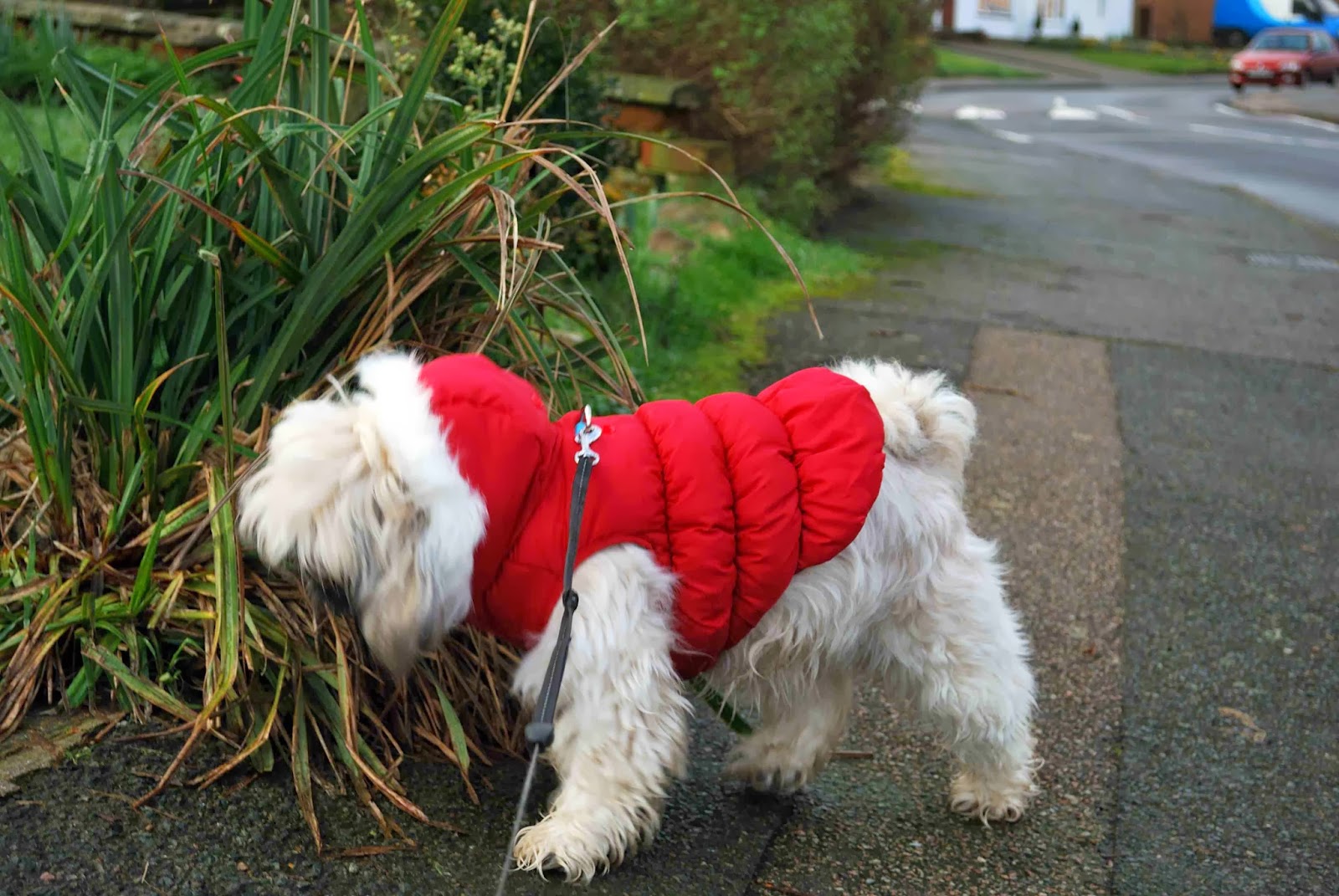 I've been down this end of the road before, with Troy, but never without him and I didn't feel the slightest bit scared. Actually I felt a bit of a thrill especially when I saw another cat.

It was one of the cats from the other end of the road, crouched in the road just staring at us. I couldn't tell if it was River she was so scared of or maybe, just maybe she could see me. I could see Daddy just a little way off trying to get River to stop barking by distracting her with a plant so I turned back to this cat in front of me to see if she reacted to any movement from me.

I sat down and raised one arm but I didn't have time to gage if she had noticed me or not as River jumped uop and barked and off she ran. Still it was lovely to be getting closer to another cat. 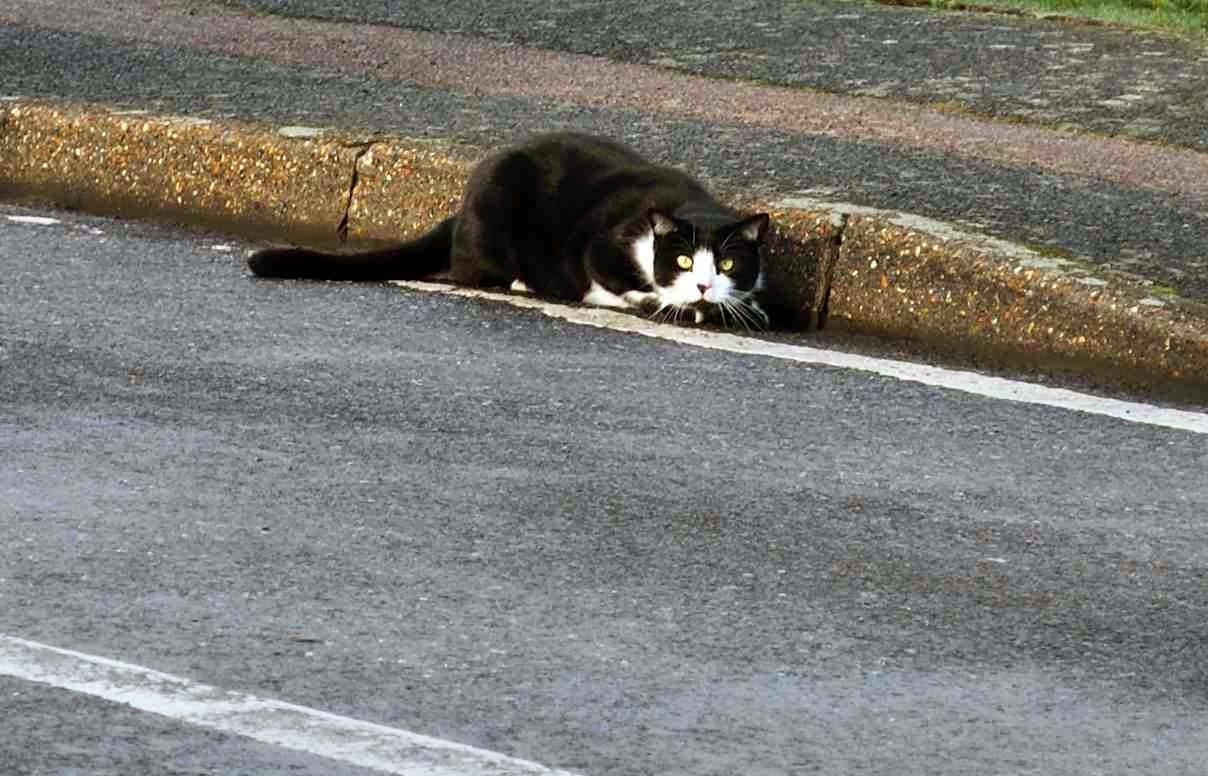 Oh River, found yourself some plant there to sniff, yes well done. 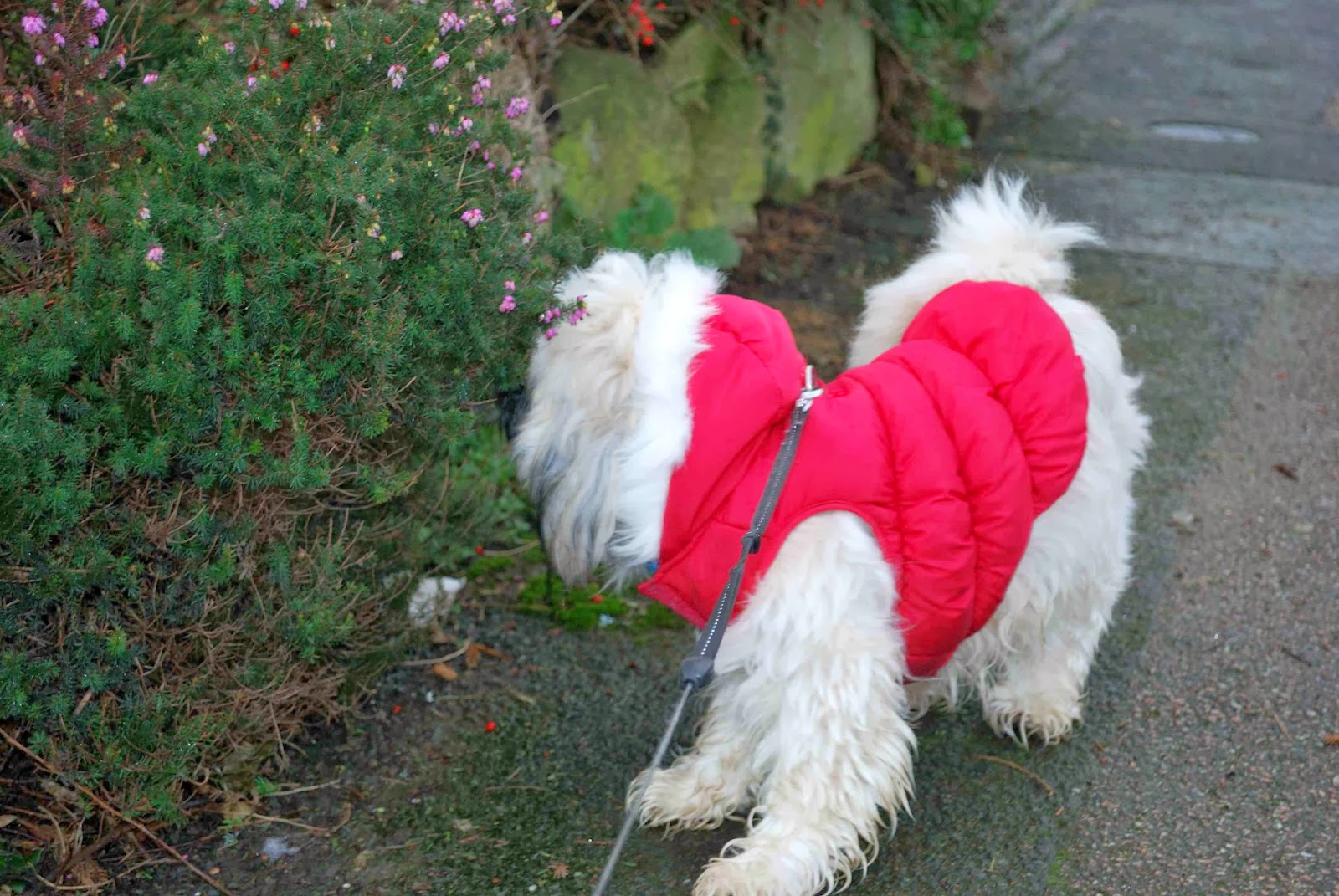 Oh another one, it must be your lucky day. 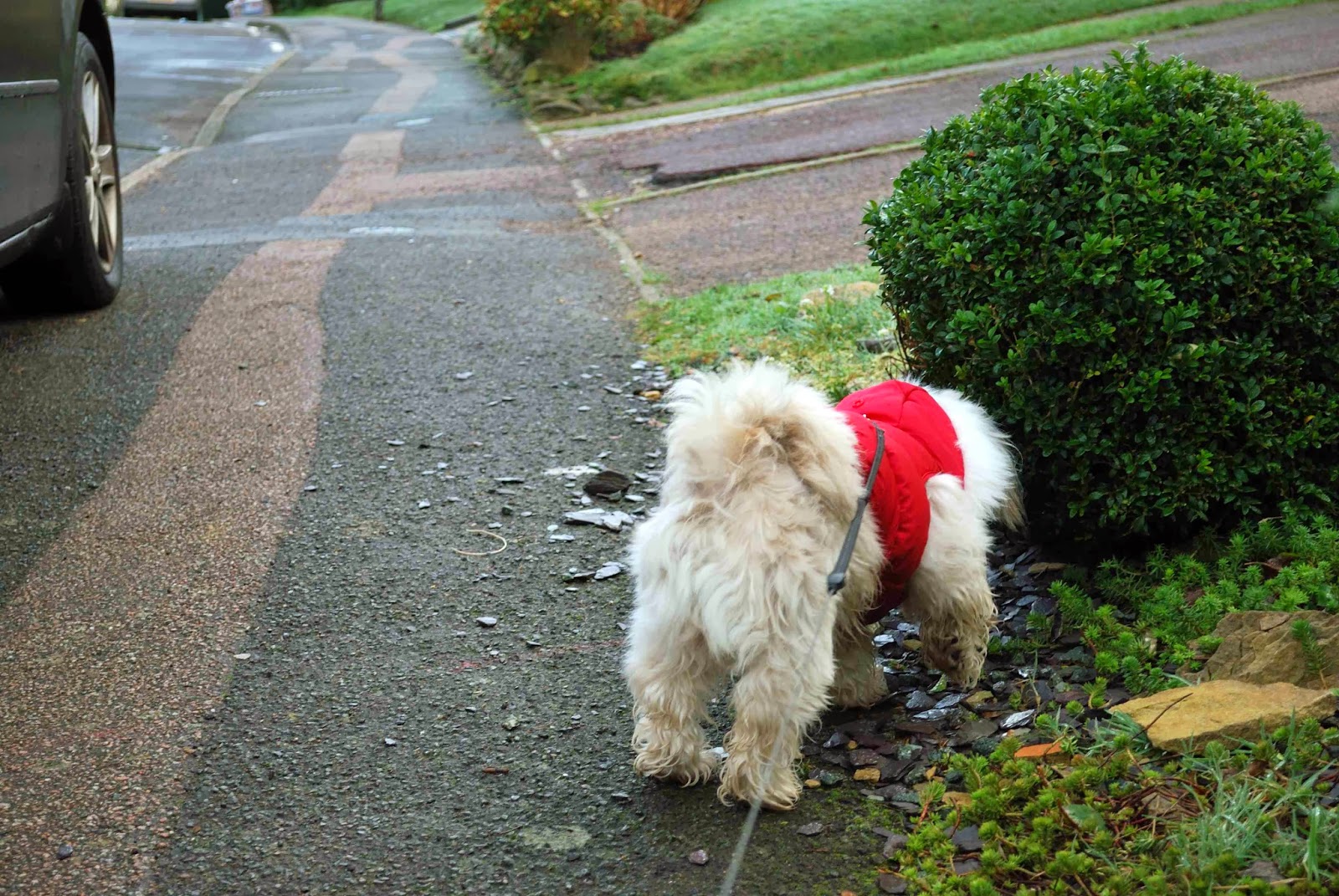 Oh nice a lamp post. No, No River, no River don't do that.

Erghh. Us cats do not do that sort of thing, trying to lick a lamp post, filthy! 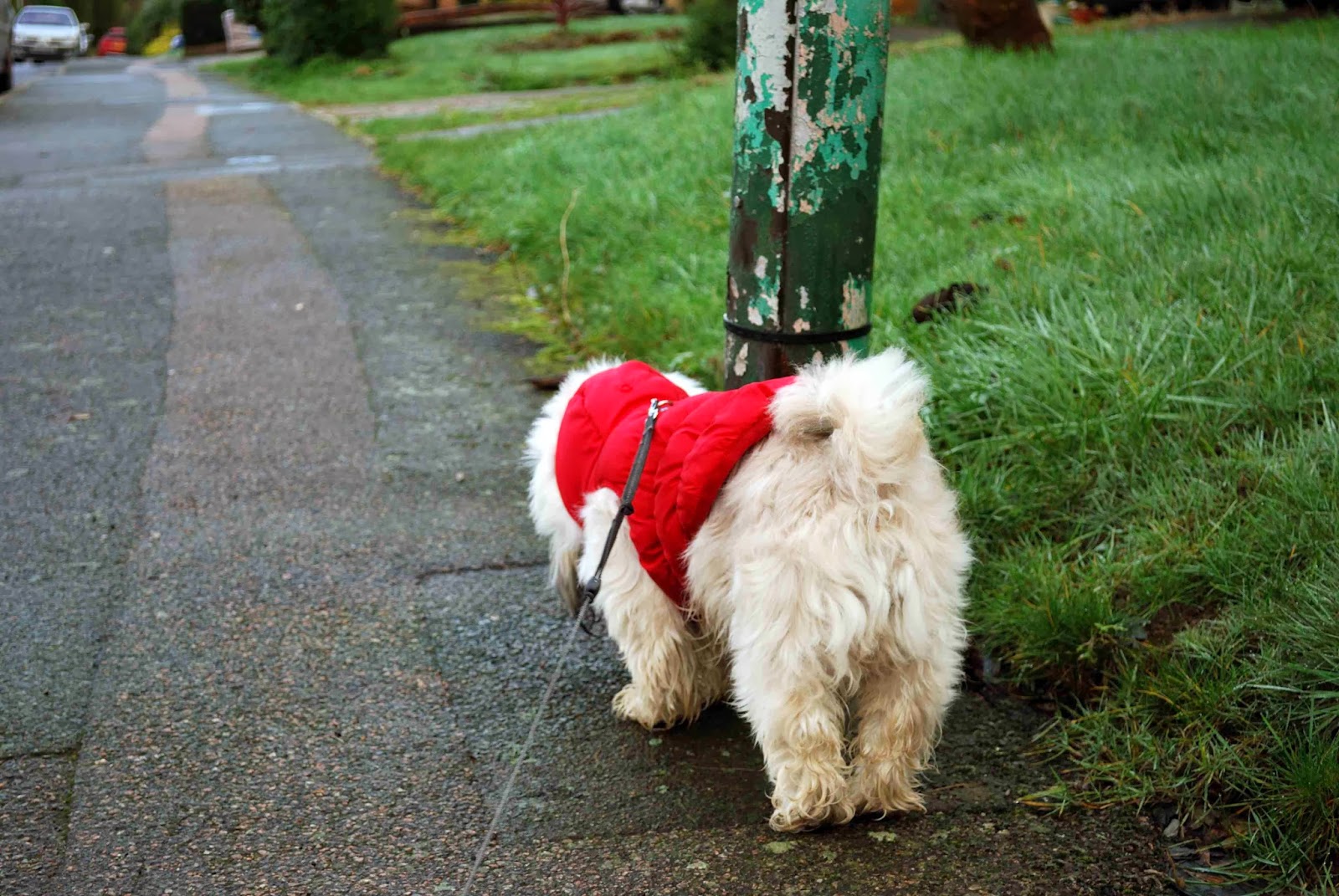 Really!?! Do you really need to sniff another plant? Less is more and all that! 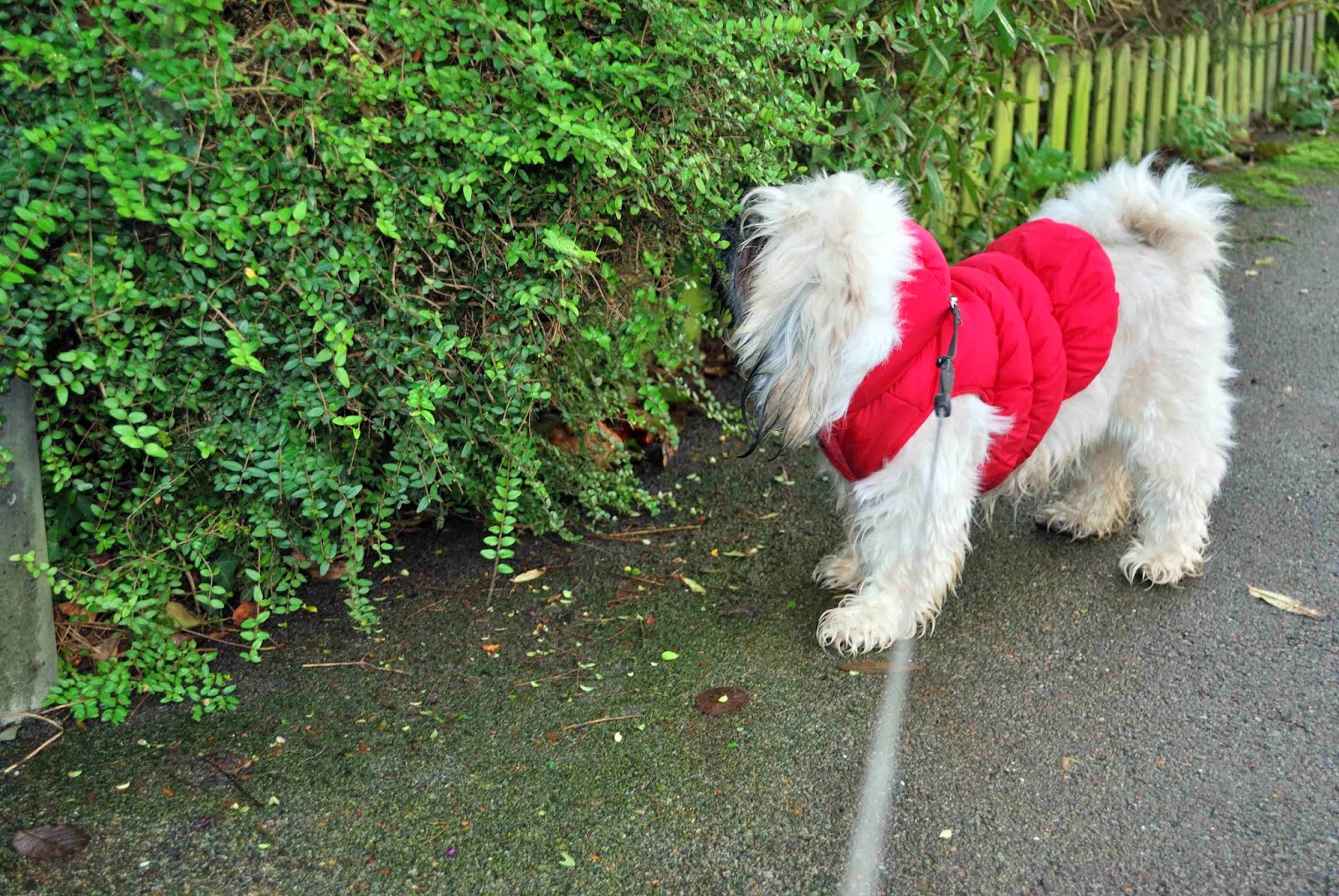 We got to the end of the road and to the left there in daylight for the first time for me was The Tunnel. That Tunnel knew many a story and although it doesn't scare me any more I hoped we were going to go in some other direction I didn't fancy having those memories drudged up today, this was exciting for me and I didn't want it spoilt. 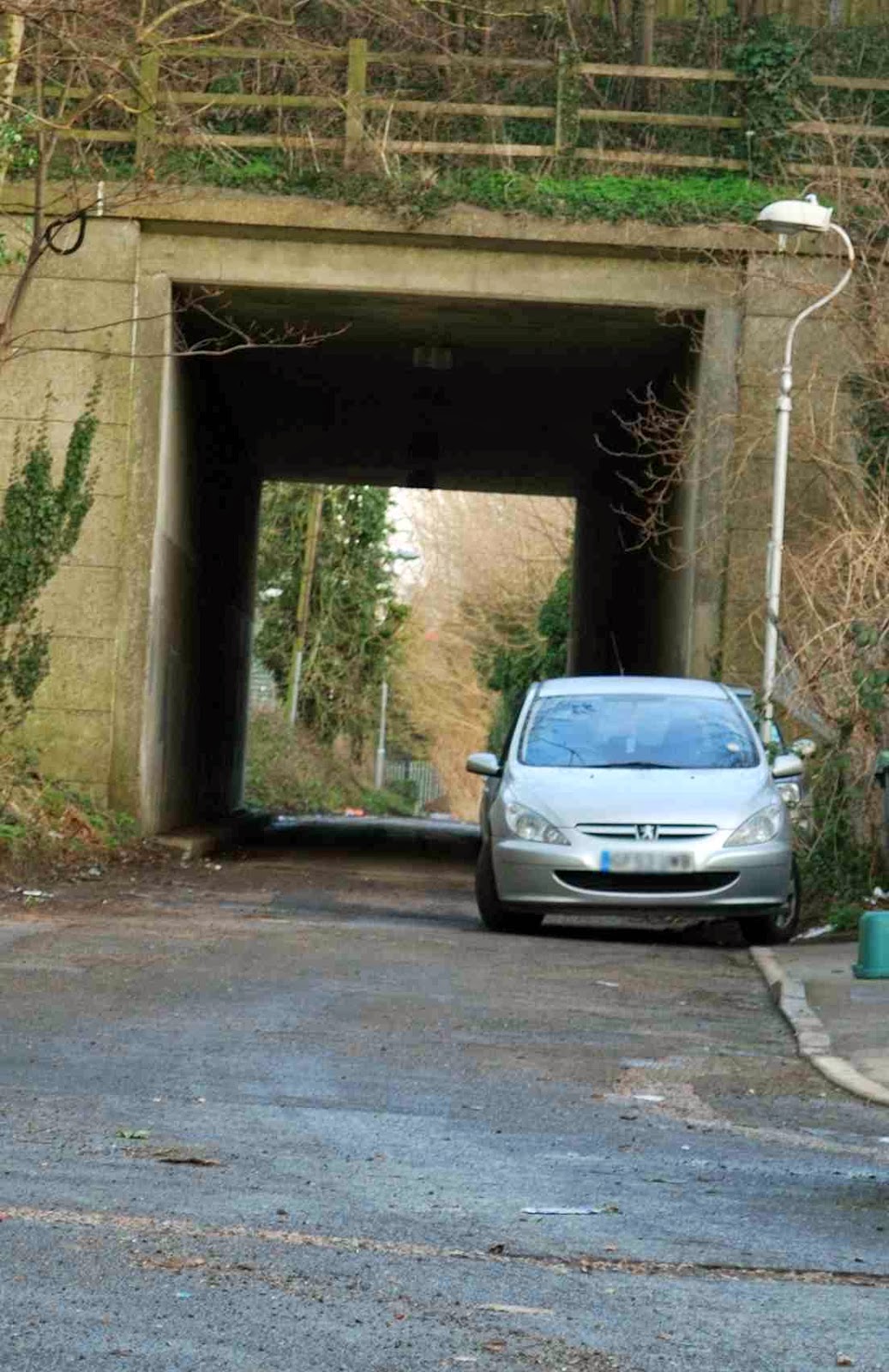 River seemed to know the way as Daddy let her take the lead. 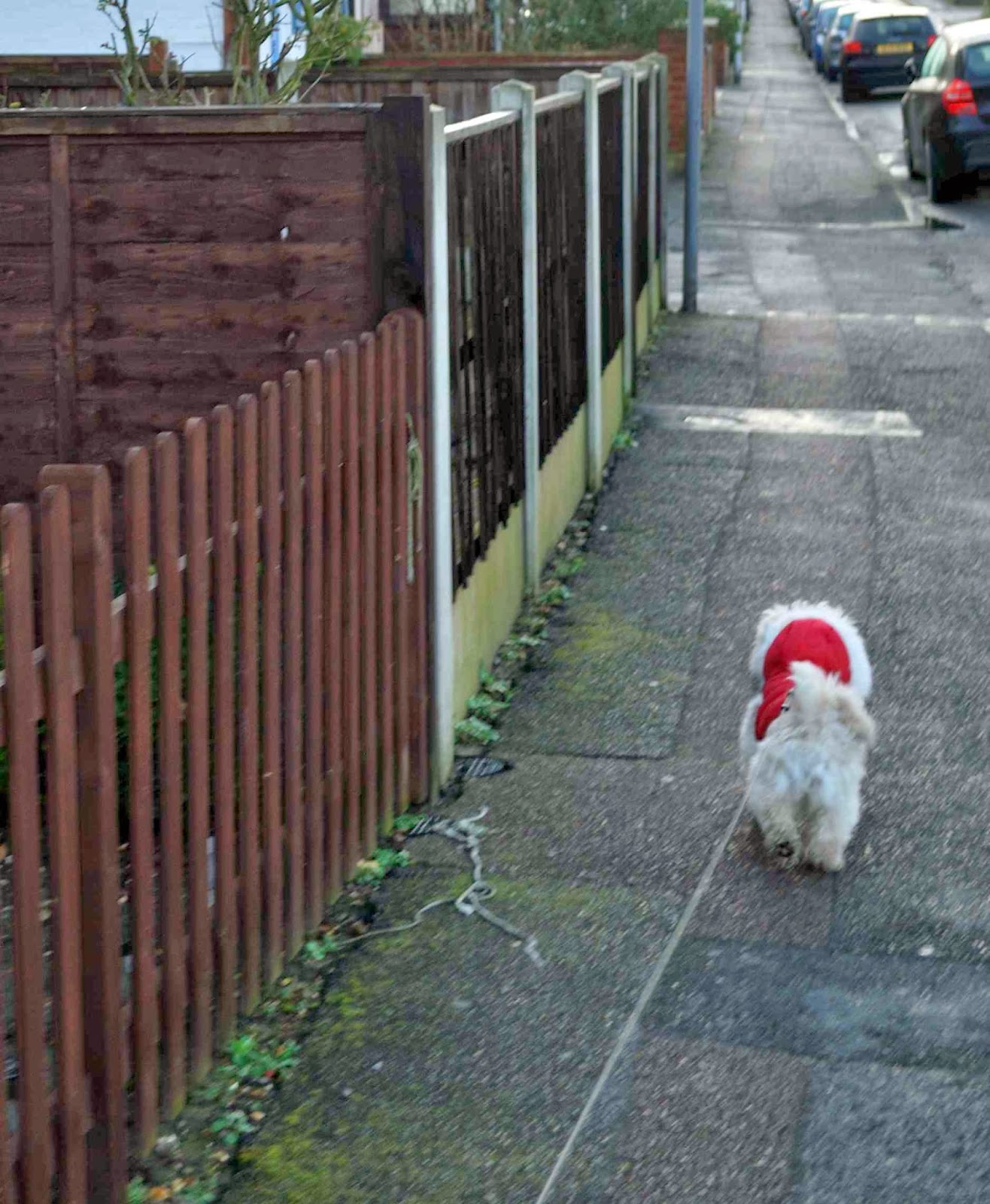 OK down this alleyway is it. Us cats are used to alleyways, nothing much to interest me here. Although River seemed to enjoy trying to lick from the beer can on the floor until Puppynap pulled her away. 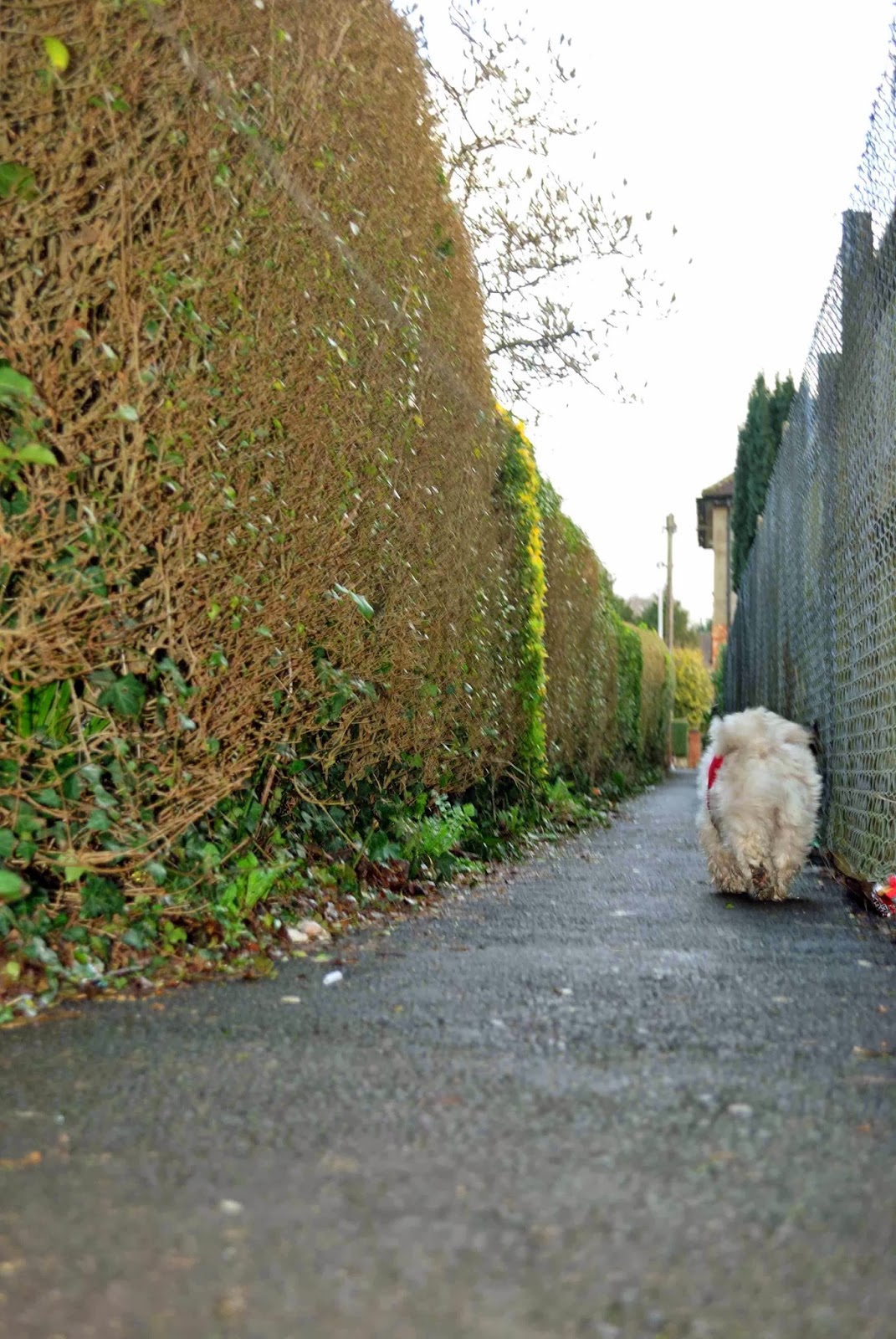 On the other side of the alleyway we came across a great big road with a big yellow garage. I've never come this far away from home before but had heard tales of the big road. River says she loves going over the other side. Ah we're on our way to see Nanny. Brilliant I've never been to see Nanny before. It was strange there just a couple of days ago I saw her for the first time in years and now here I was on the way to visit her again. Well visit the place where she lives anyway. 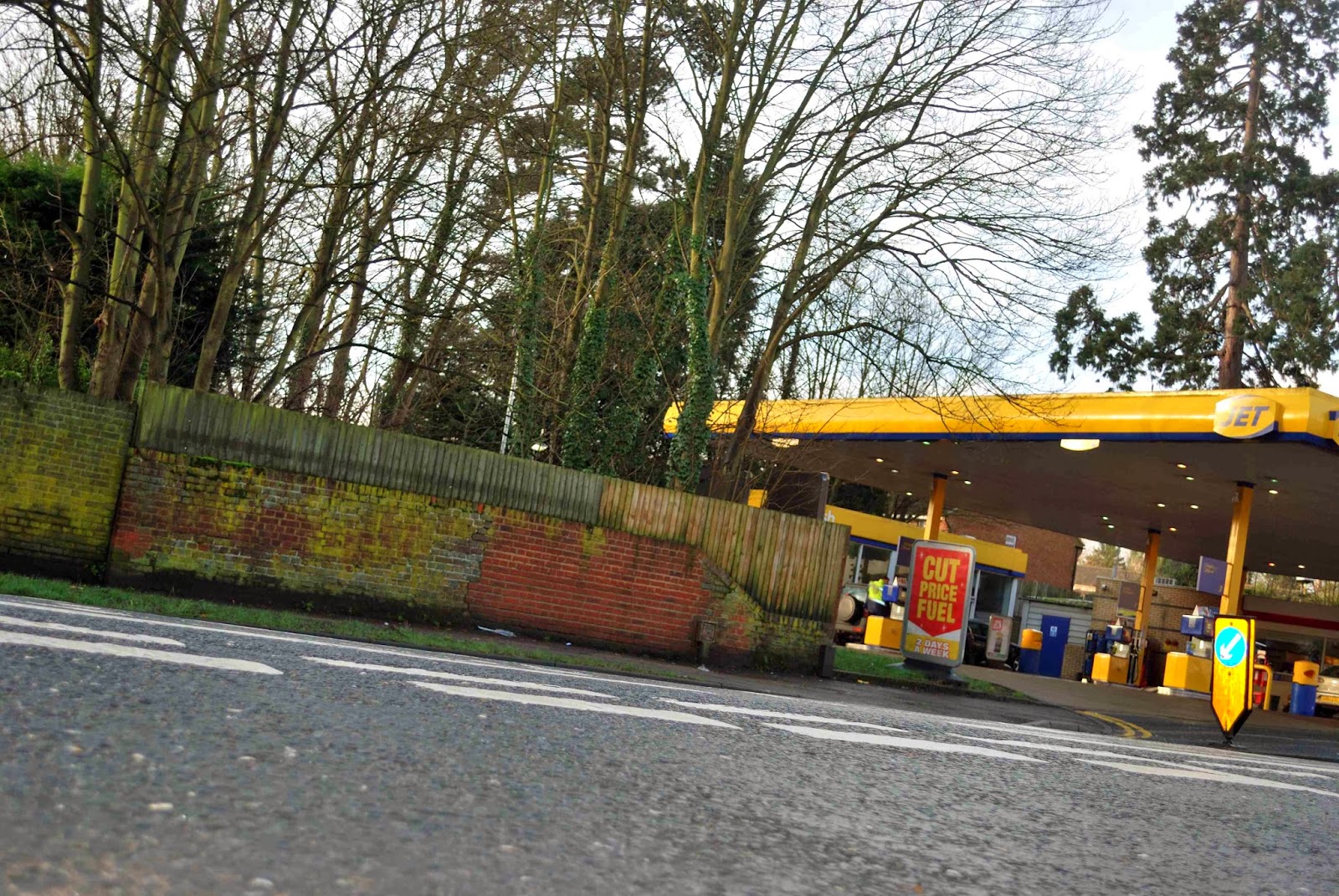 Glad to see that the Daddies have been teaching her the Green Cross Code as she waited very patiently until no cars were coming and the road was clear and... 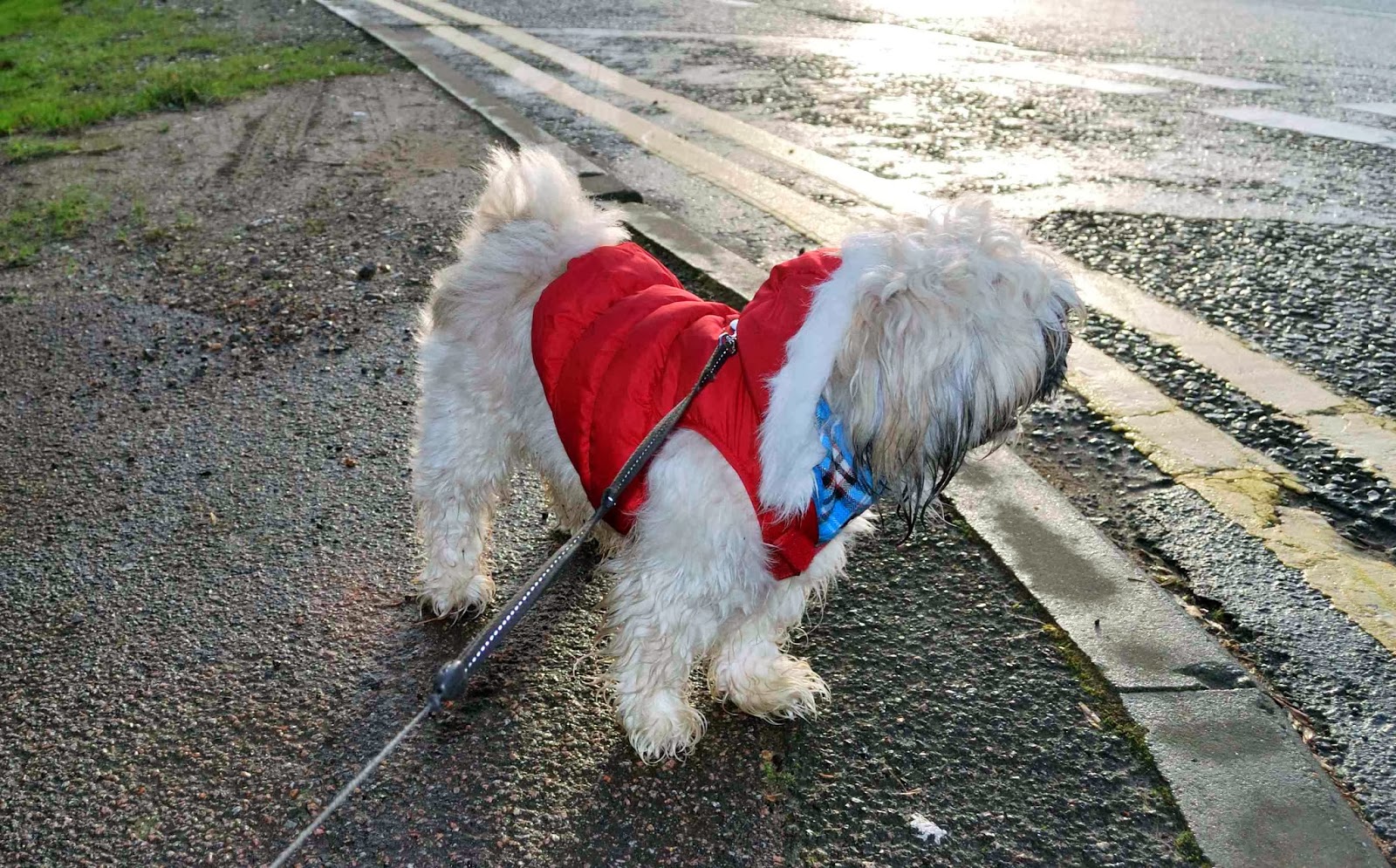 She was off. I can see all that jumping practise has come in useful although I was a bit worried in case she felt down the drainhole. 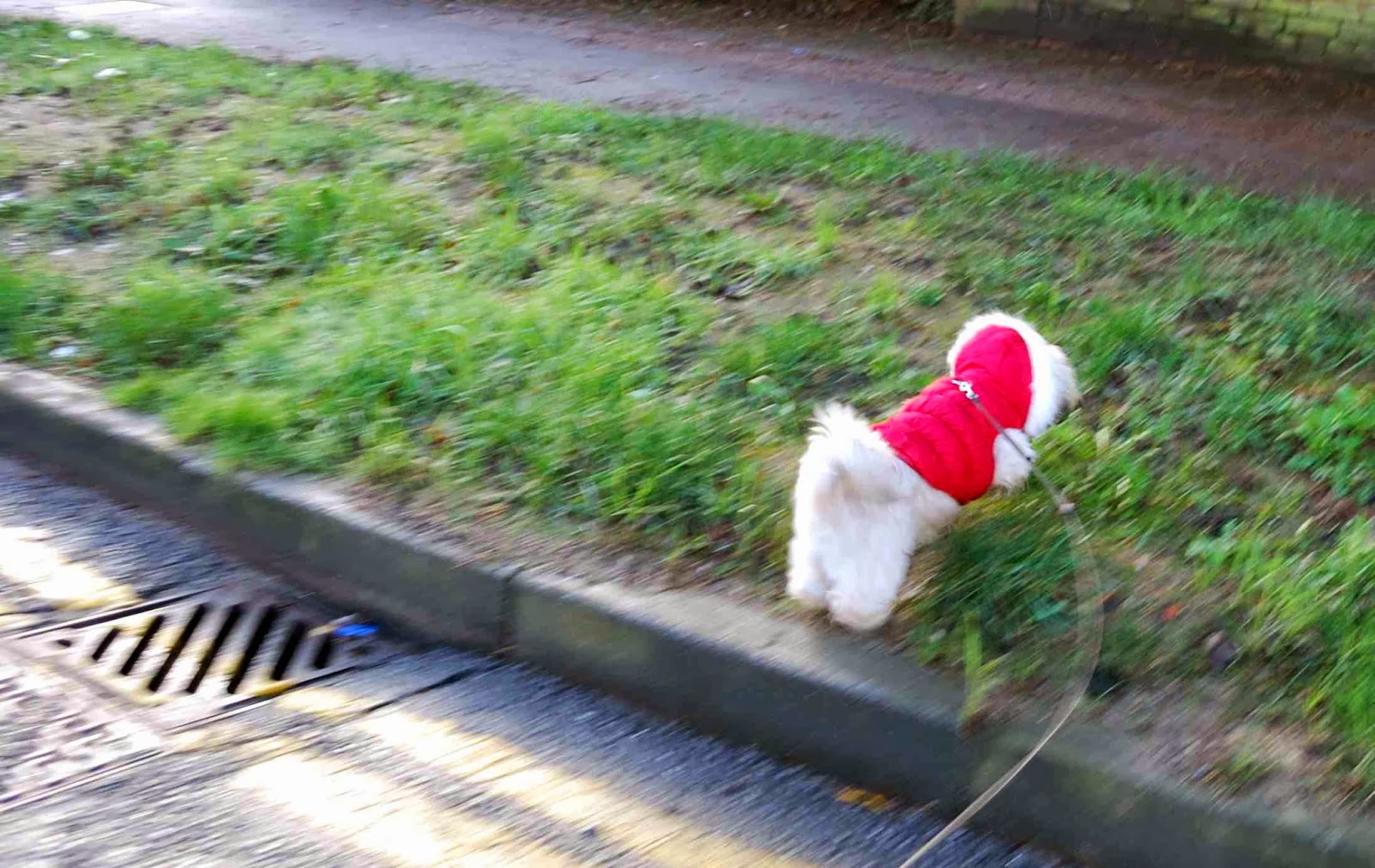 Now you're taking the mick River! 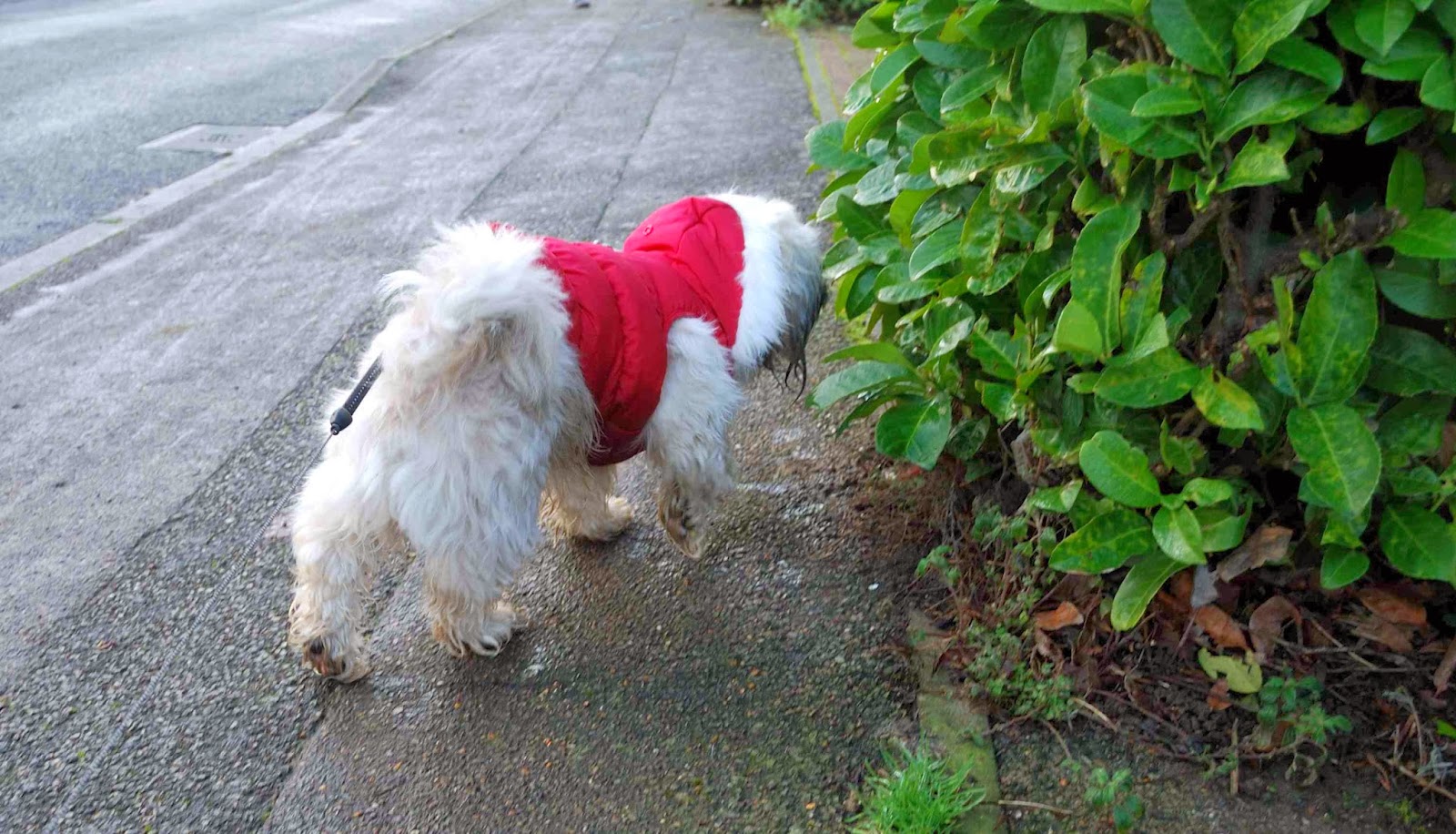 As we rounded the corner I suddenly heard a roar. I knew what it was, I;d heard tales but I'd never seen the waterfall. River scrambled around in the bushes, doing whatever it is dogs do when they walk in circles. 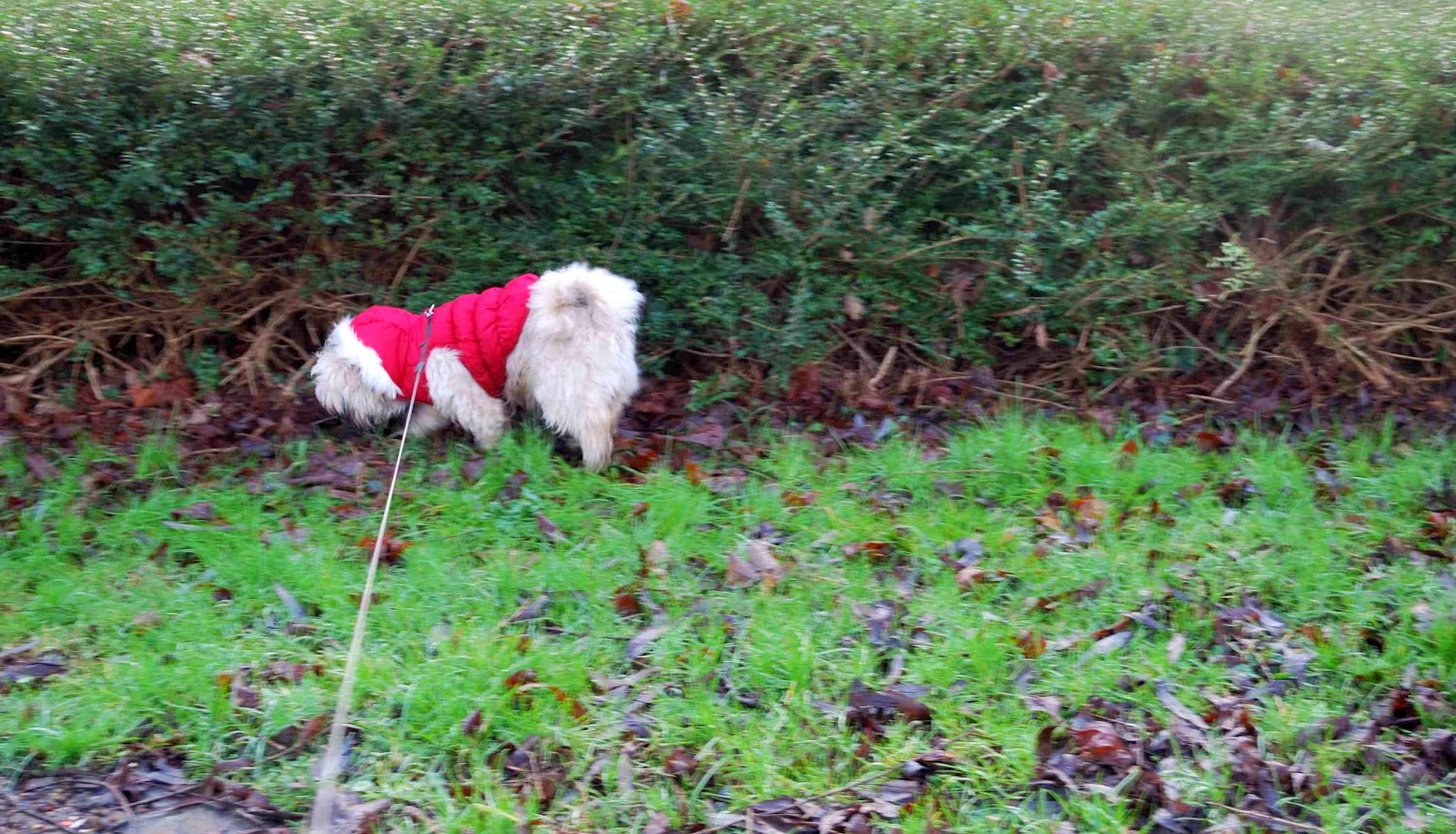 I ran over to the stream. Down stream there was a few trees and a bridge. I tend to keep away from bridges if possible, I've heard Trolls live under them and us cats tend to avoid Trolls for very good reasons. 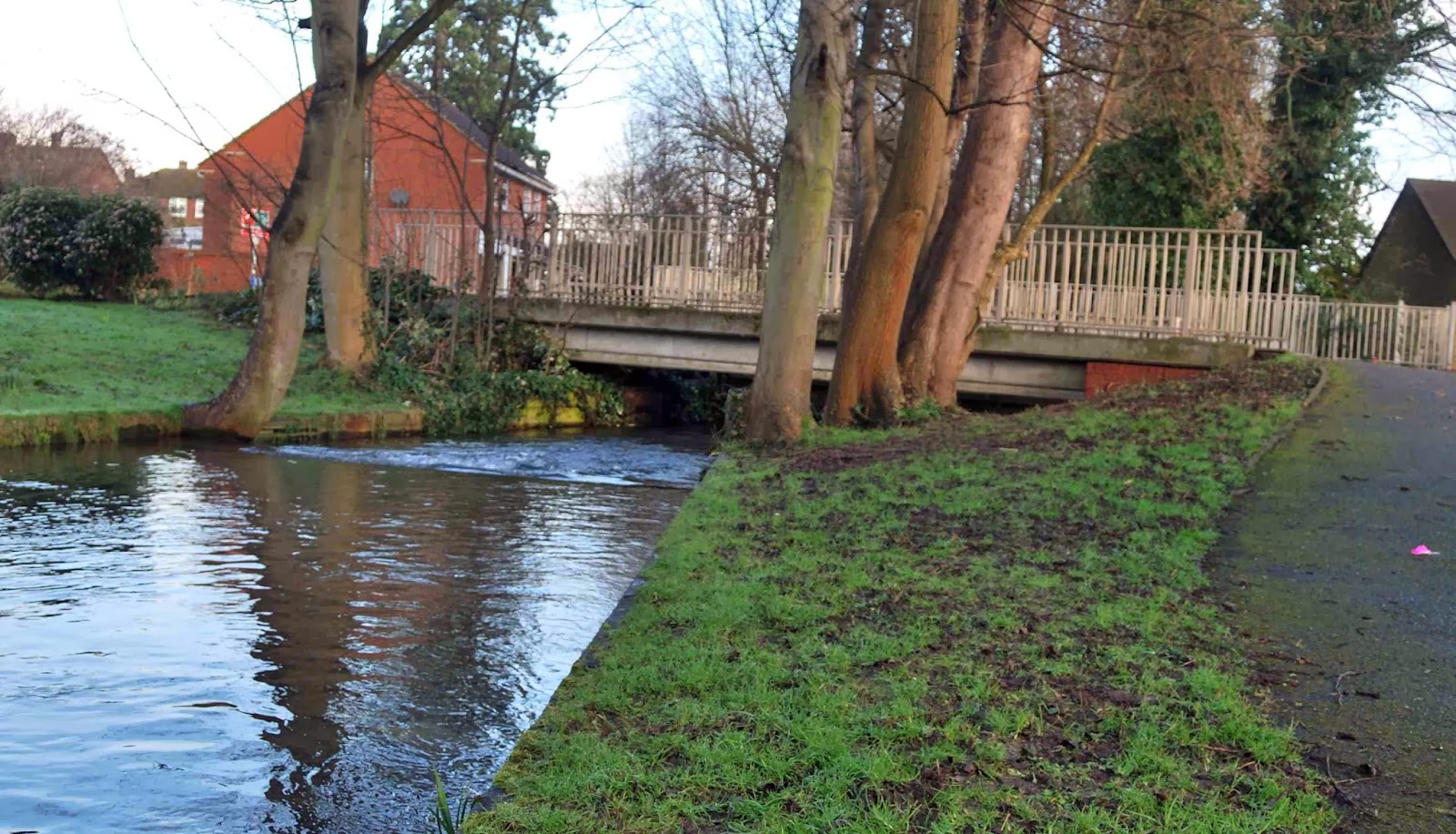 Upstream I could hear the sound of the waterfall getting louder, so I followed River in that direction, She seemed to know where to go. 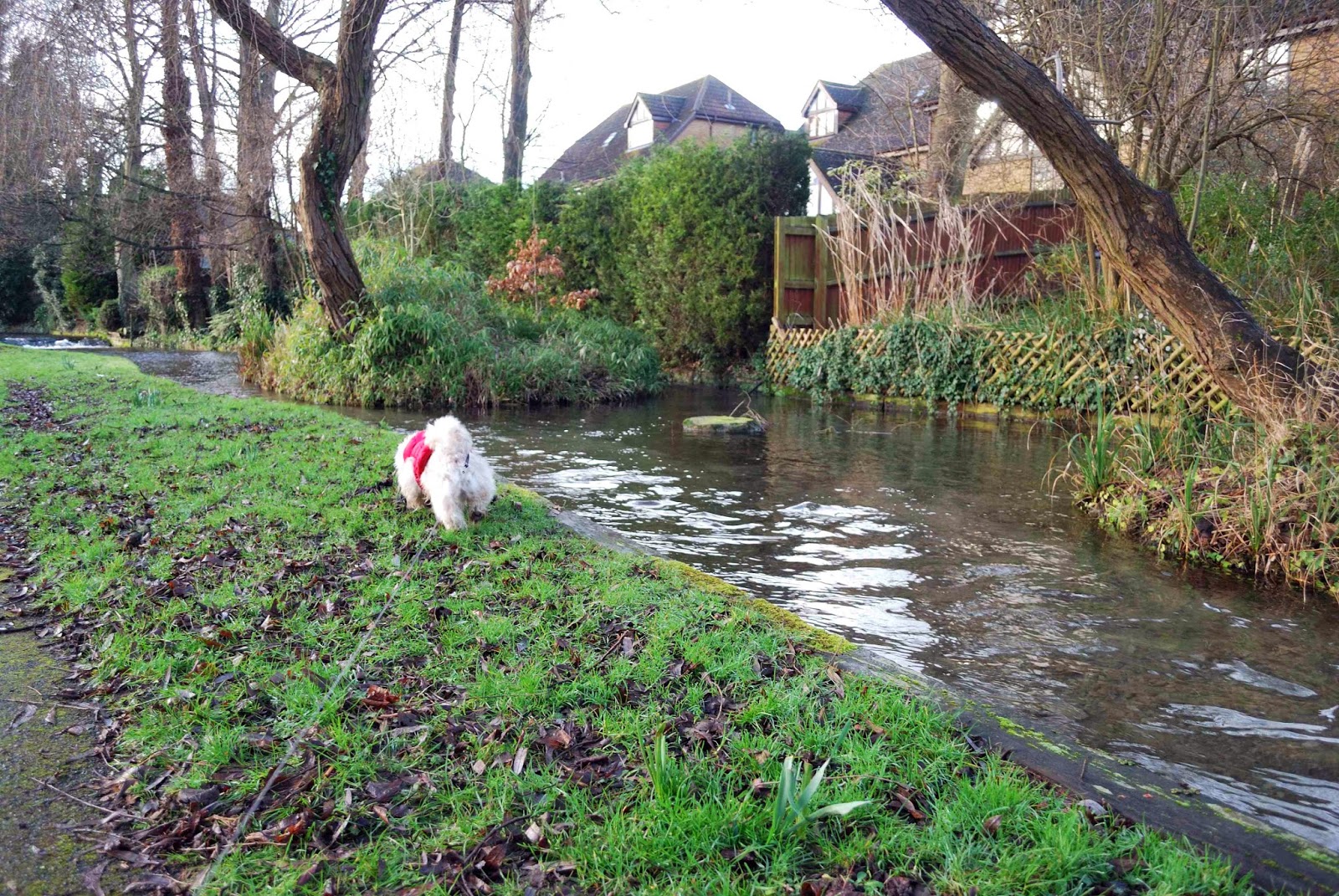 Wow. A real life waterfall, like diamond horses running and jumping. I think I fell in love with this waterfall. It was only then that I realised, I'd had no reaction apart from curiosity from the moment I heard the sound. Maybe my aversion to water has now evaporated? 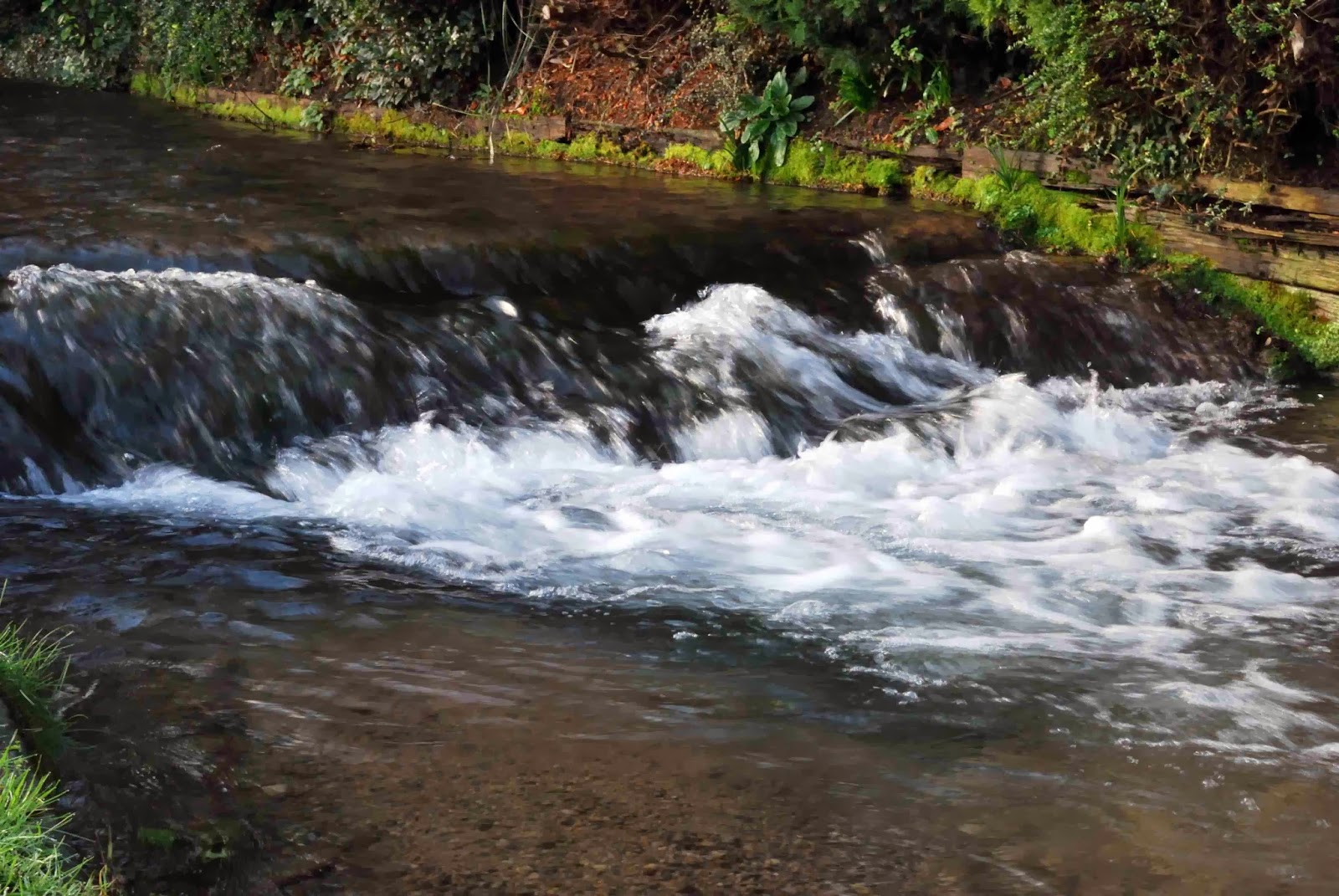 We went down another alley and into a small forest. River had a sniff... 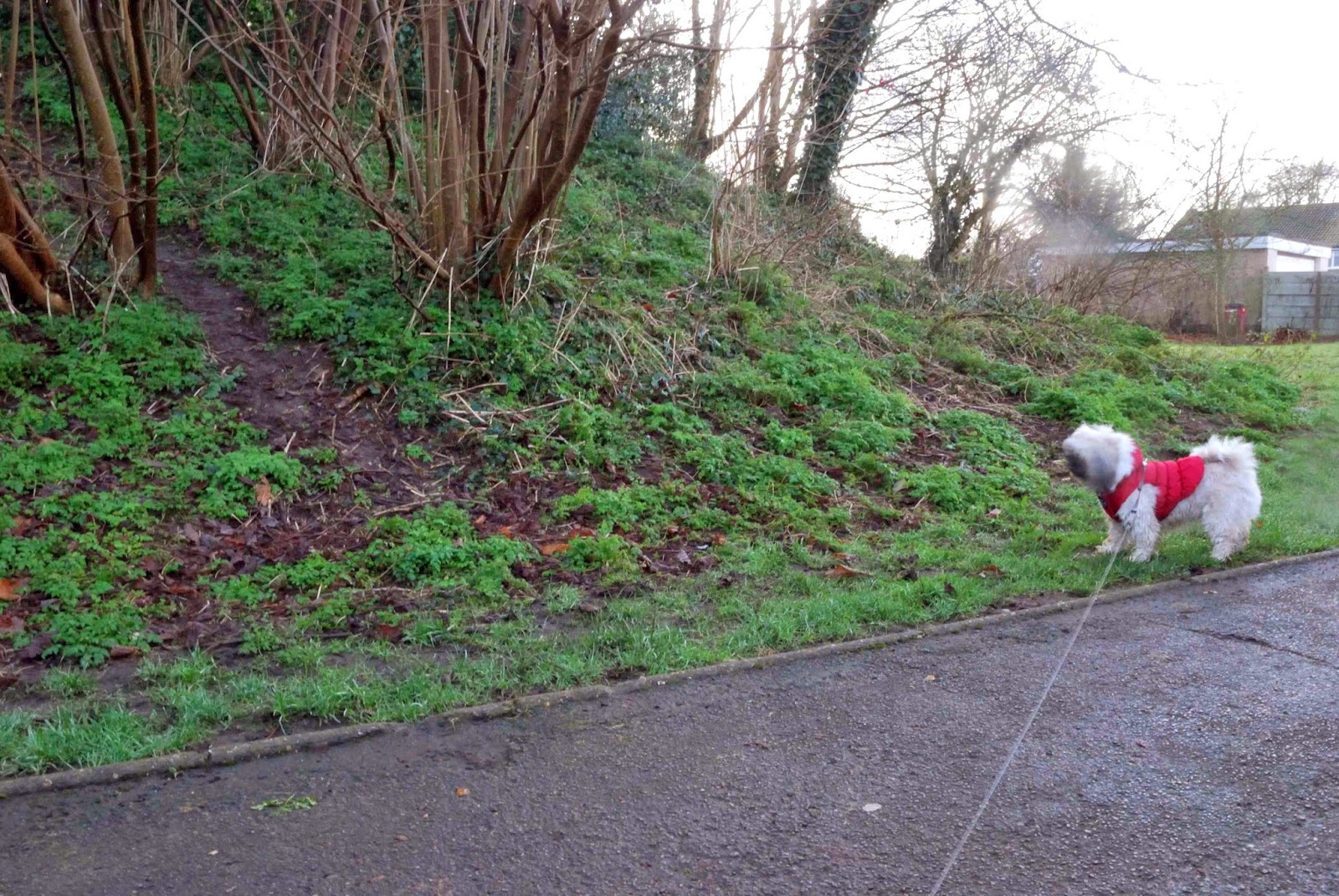 ...and then found a bin and had a big sniff. Disgusting! 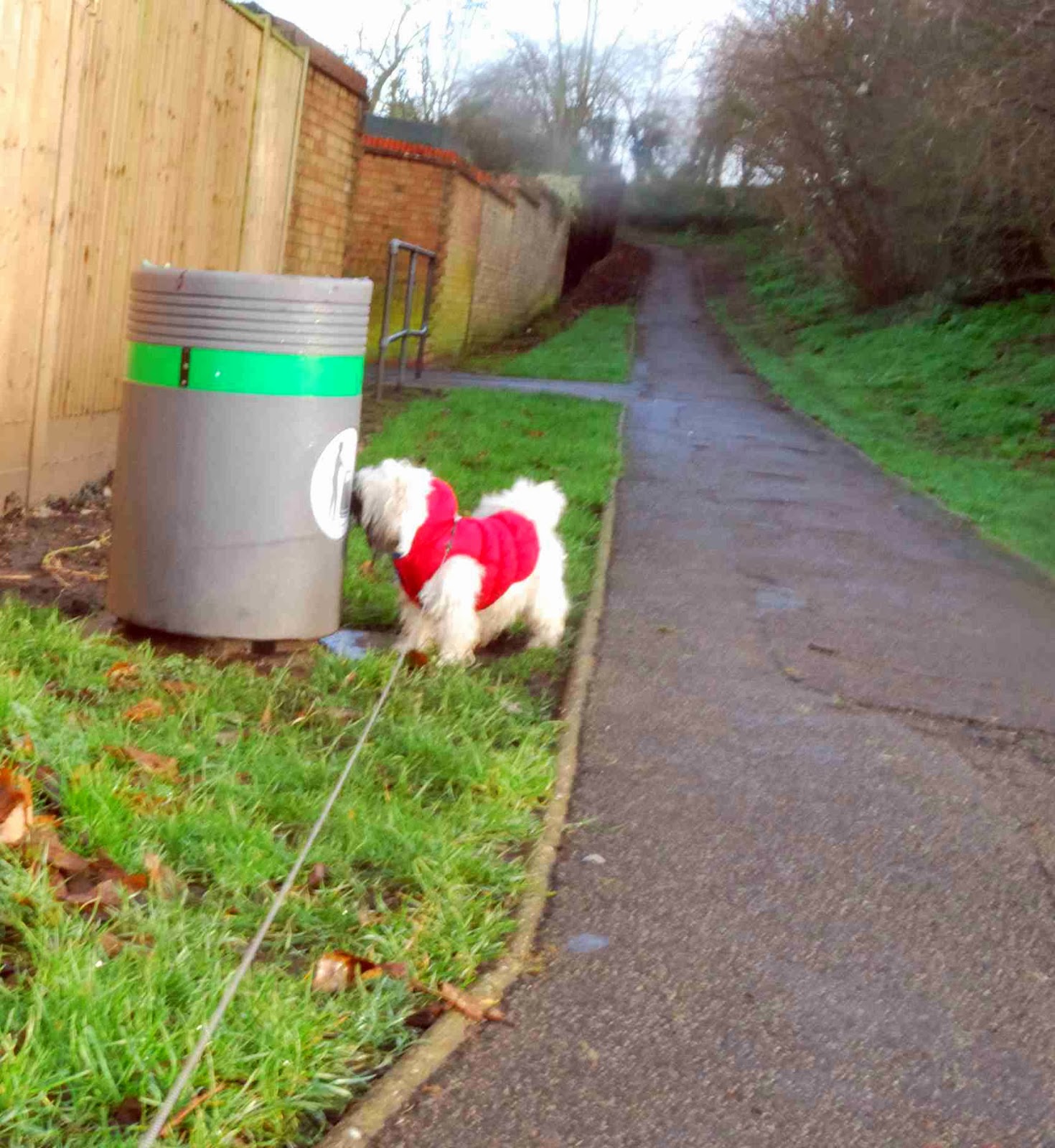 On the other side of the forest was some old house, but that wasn't the way we were going today. 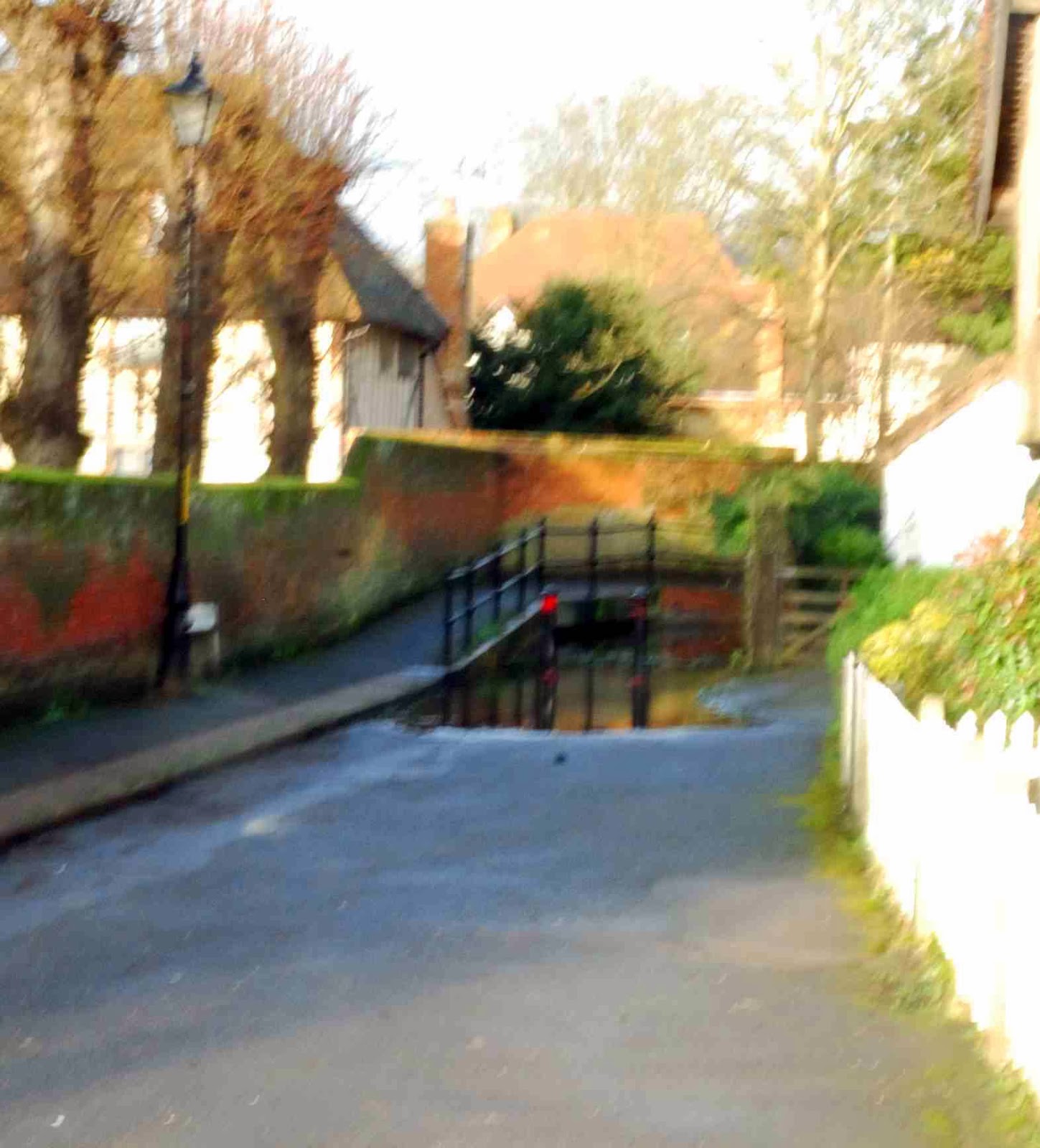 We were heading the other way, the way into the light. 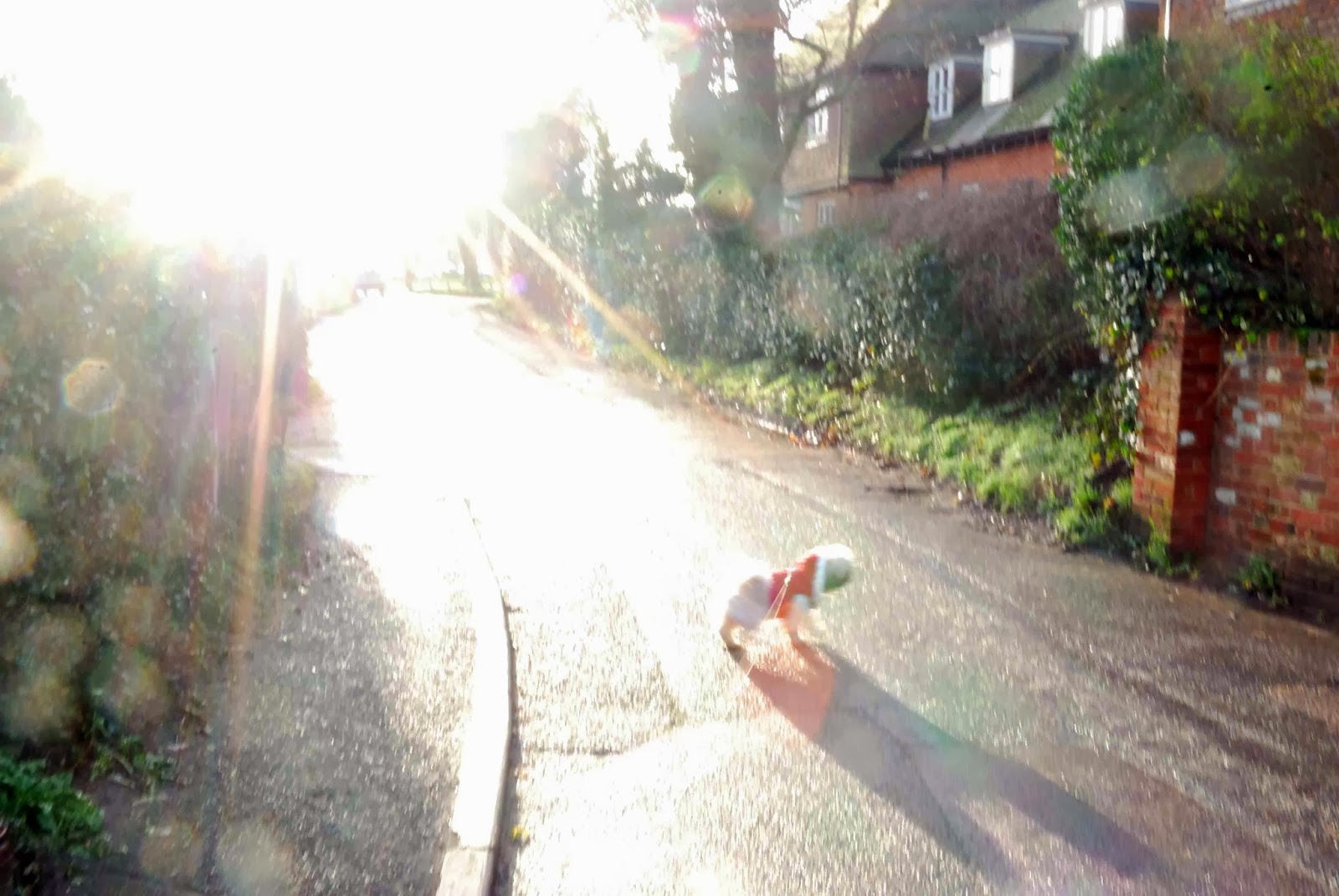 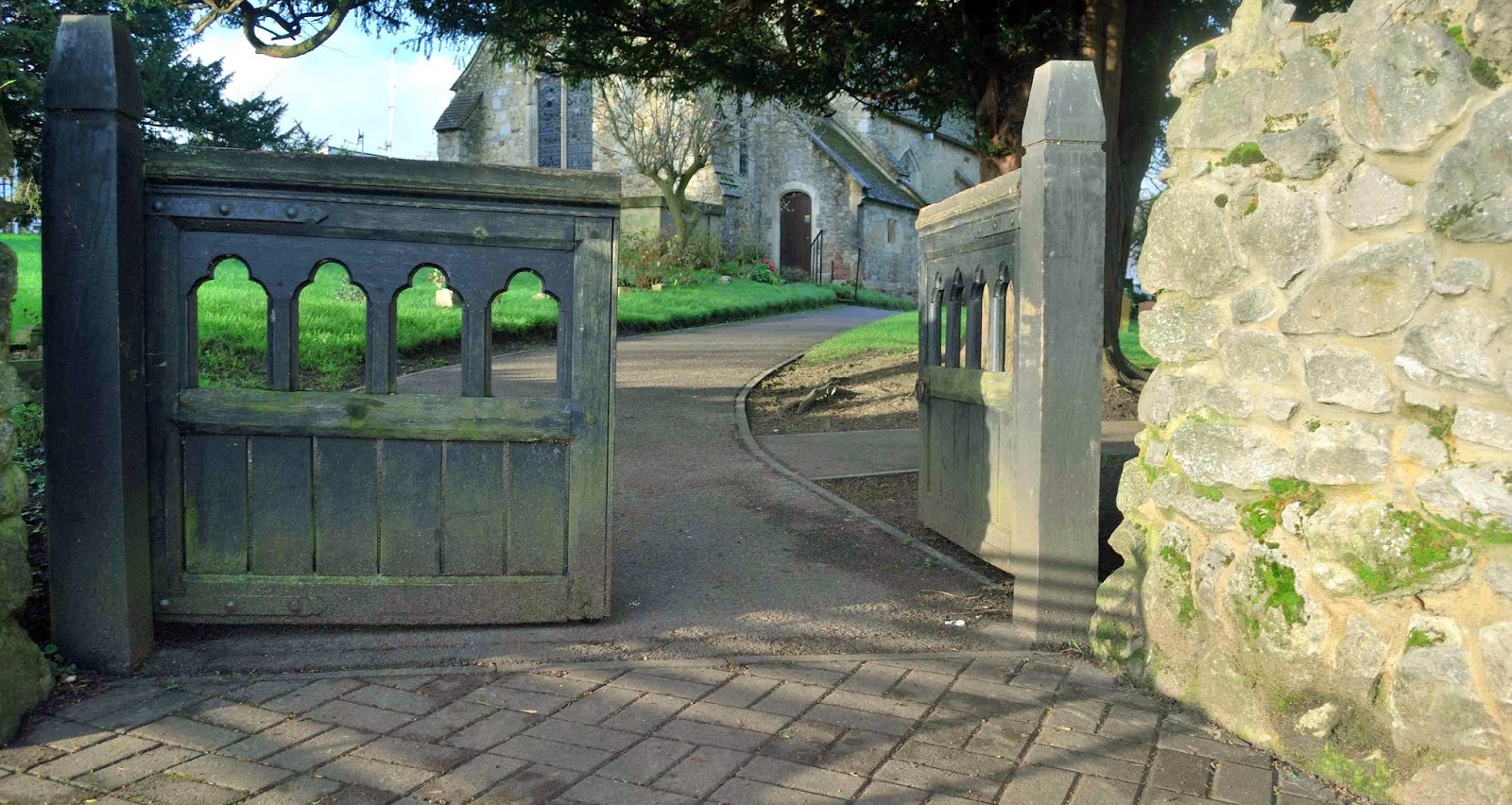 Still they ended off the trip with a game of spot the Squirrel, They didn't see any! 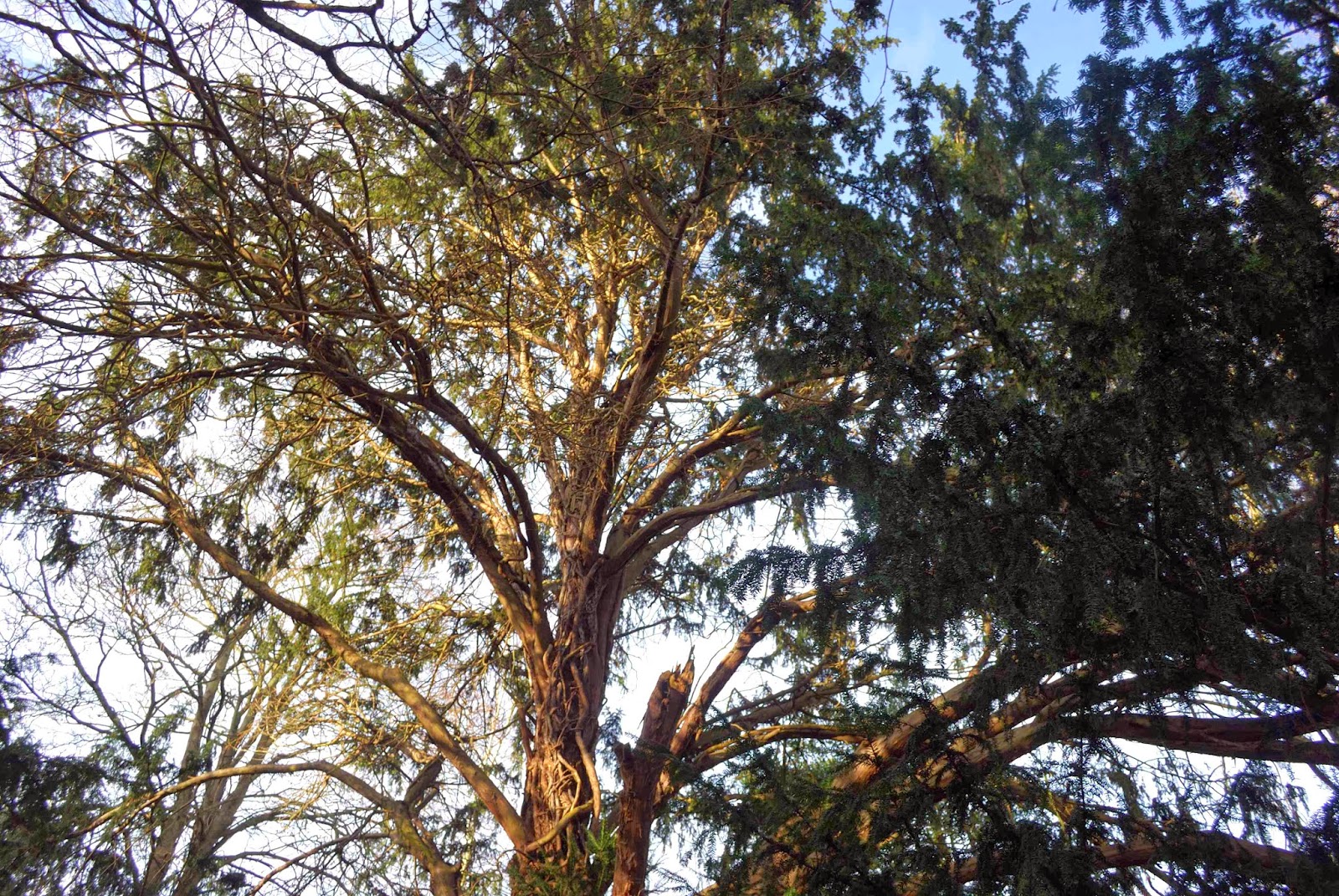 Cats and Dogs - From The Other Side
www.riverssong.net/2014/02/we-didnt-see-any.html