The Roads A River 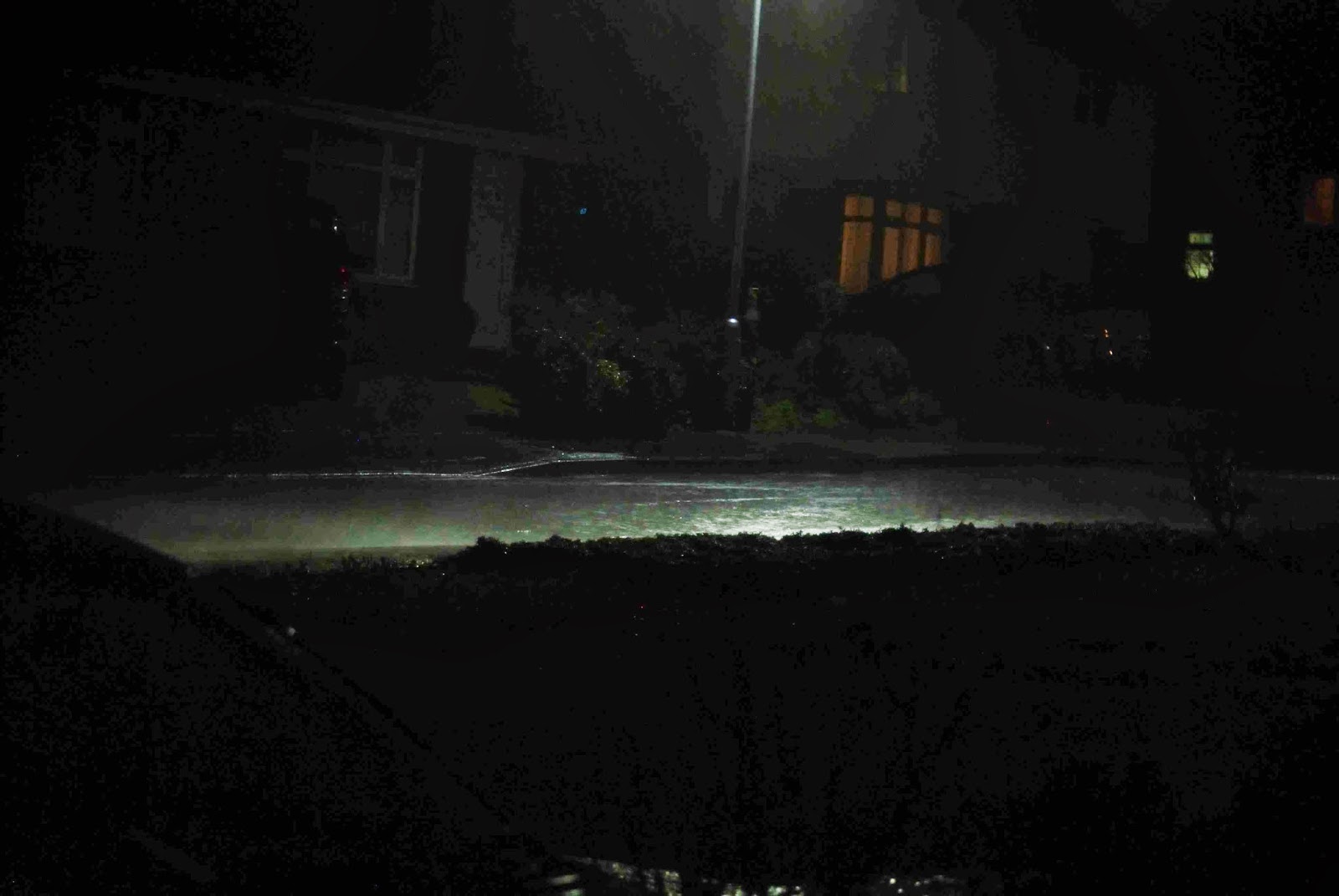 Oh my goodness, I'm sitting very close to Daddy. He keeps on running from the front to the back of the house looking out and gasping and for once I'm joining him.

Now Daddy has a bit of an obsession with the weather, he should have become a meteorologist, but today he's been watching it even more closely than normal. A big storm was on it's way and he spent the afternoon sorting things out in the garden and teathering the fence up even more than usual in preparation.

The whole of the country has really been suffering with rain and winds and there's so much of the land that's now flooded and Daddy says that we've been really lucky not to be flooded out ourselves, there's some advantages to living on a hill. However the storm has just now hit and the roads turned into a river. I think secretly he's a little bit worried but he's done all he can. I just hope it doesn't get any worse, I've never seen it like this before!