It's Been Confirmed, Sarah Is Pregnant And She's Not The Only One! 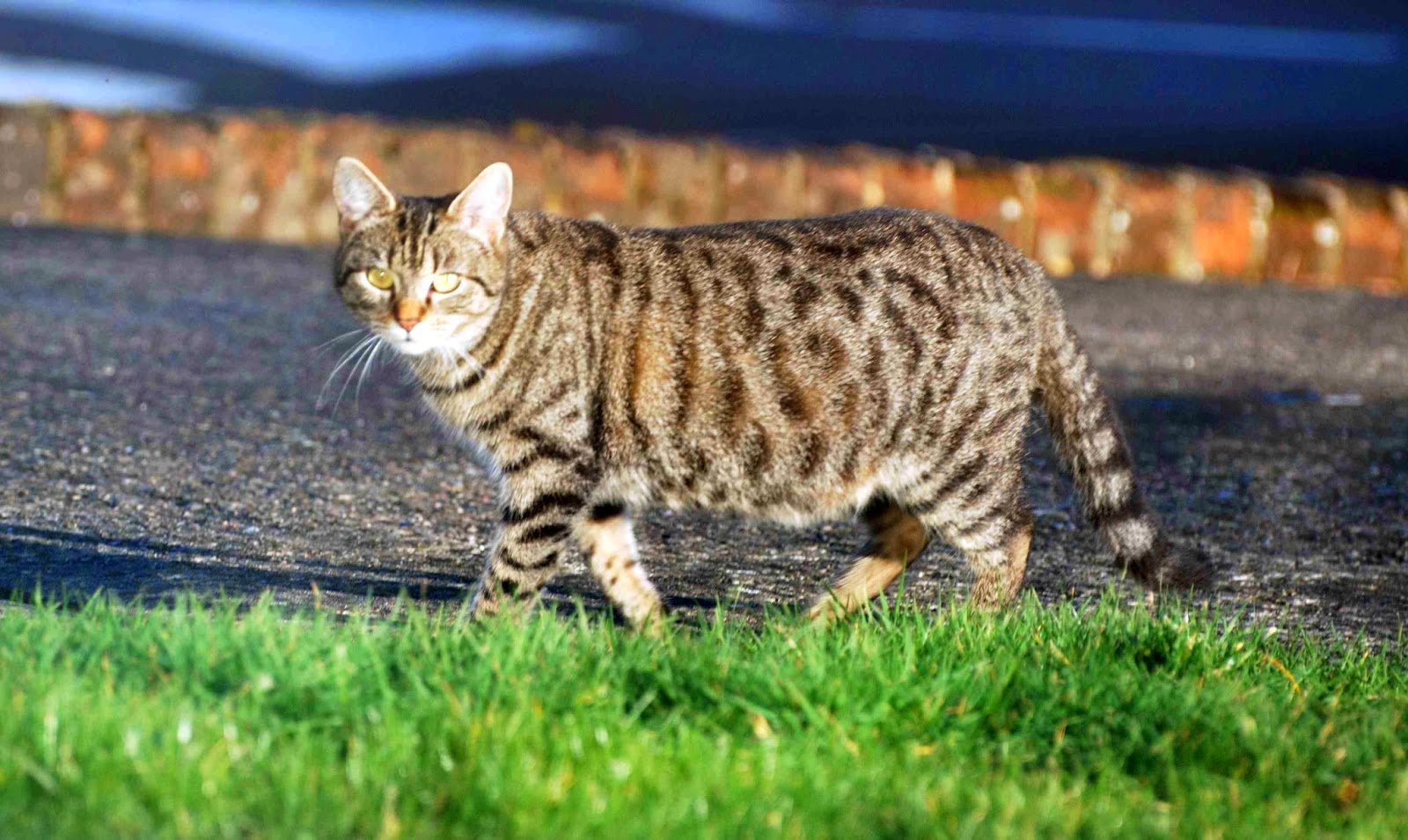 It's been confirmed, Sarah is pregnant and she's not the only one.

I could here a right kerfuffle coming from a panting Daddy and a very excitable River, from what I could gather she's just done a runner down the road and now is banished inside, which she is not liking at Daddy is now outside talking to M. 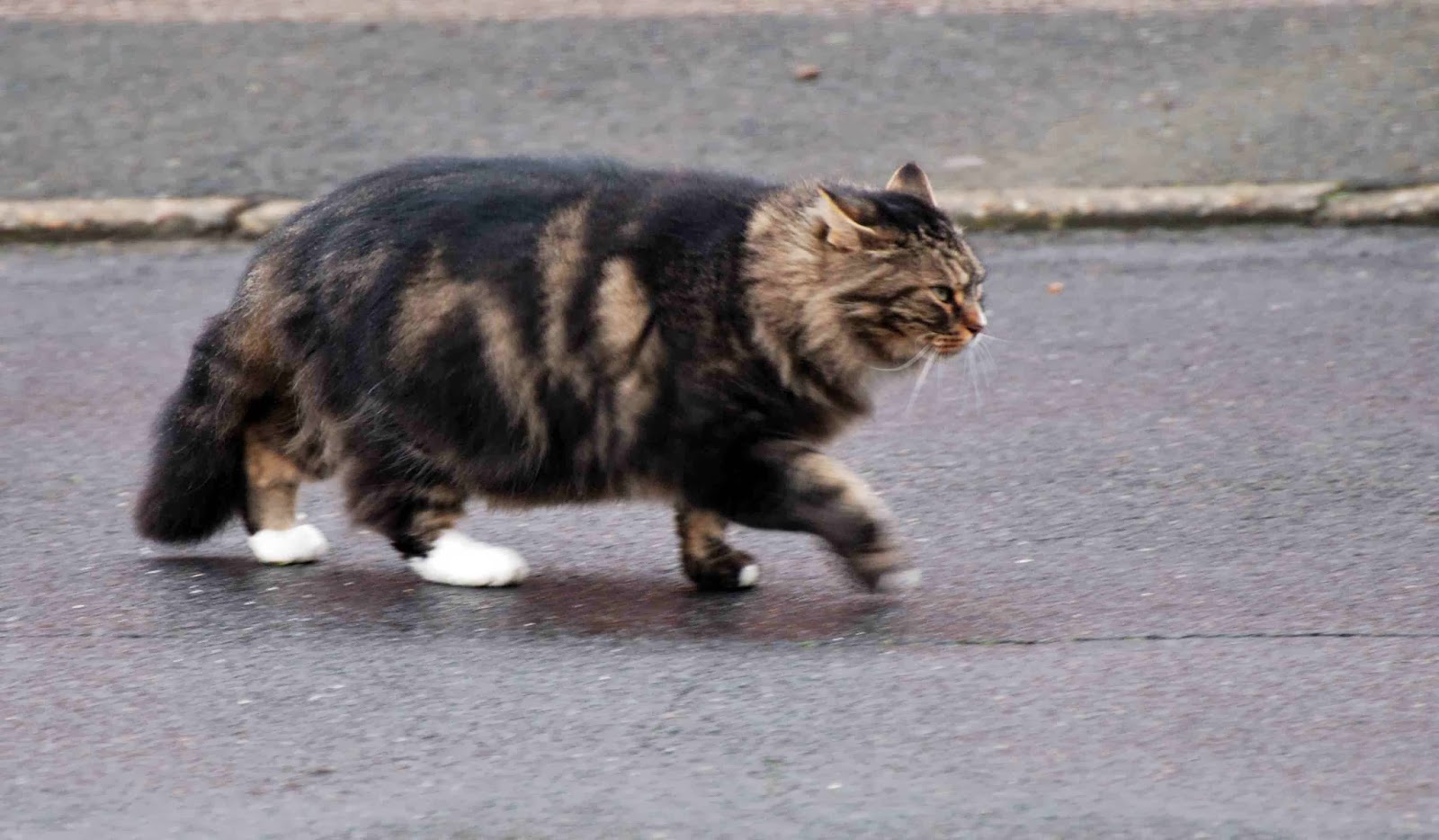 I could see Sarah walking down C's pathway and nodded hello, forgetting she couldn't see me, I thought she was looking at me but of course it was River making a right fuss in the window, baring at Daddy and M and then I spotted Mogsie as well making his way over.
He was trying to get M's attention by laying in the busy road and rubbing his back in all the mud. Even though M called him he kept on doing it and Daddy squatted down to give him a stroke and he came a bit closer.

I thought I'd be a bit daring and go outside and listen in to their conversation, I've never done that before and was quiet thrilled at being so cheeky. I walked right up to Mogsie but he couldn't sense me and just carried on getting his name called.

I was near enough to Daddy to hear what they were saying and I heard M say that Sarah was pregnant as was BOTH  of the Naughty Twins. Oh my goodness not again. 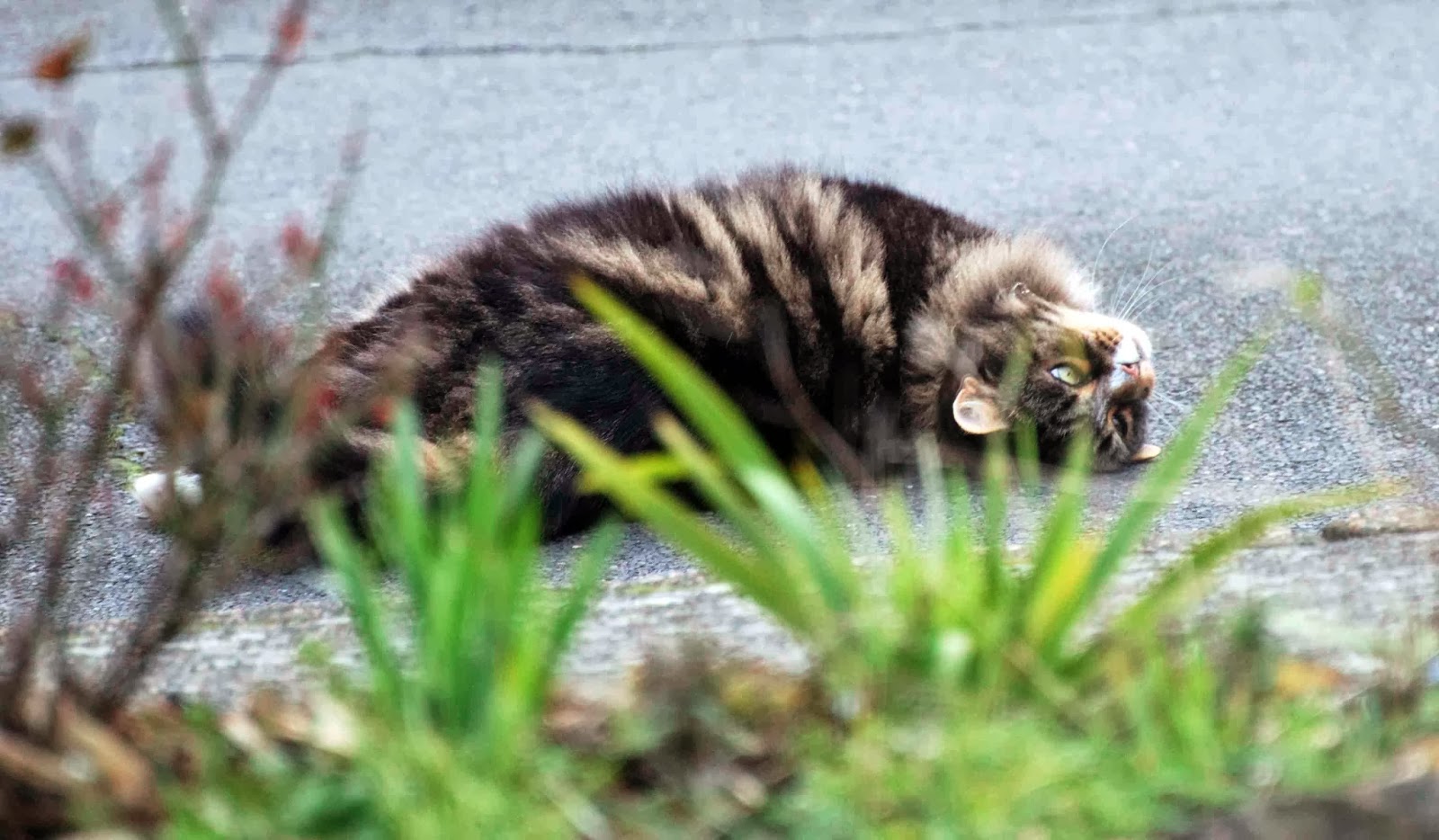 M thought that they were ready to give birth any day soon and she though it was the cats that were hear about a month ago that were to blame. Oh my double goodness, that was the New Cat Crew cats.

So that was their plan to infiltrate us from within.

Oh I must do something, the dangers not over yet. Oh why can't anyone see me?