I'm Sure He Can Sense Something 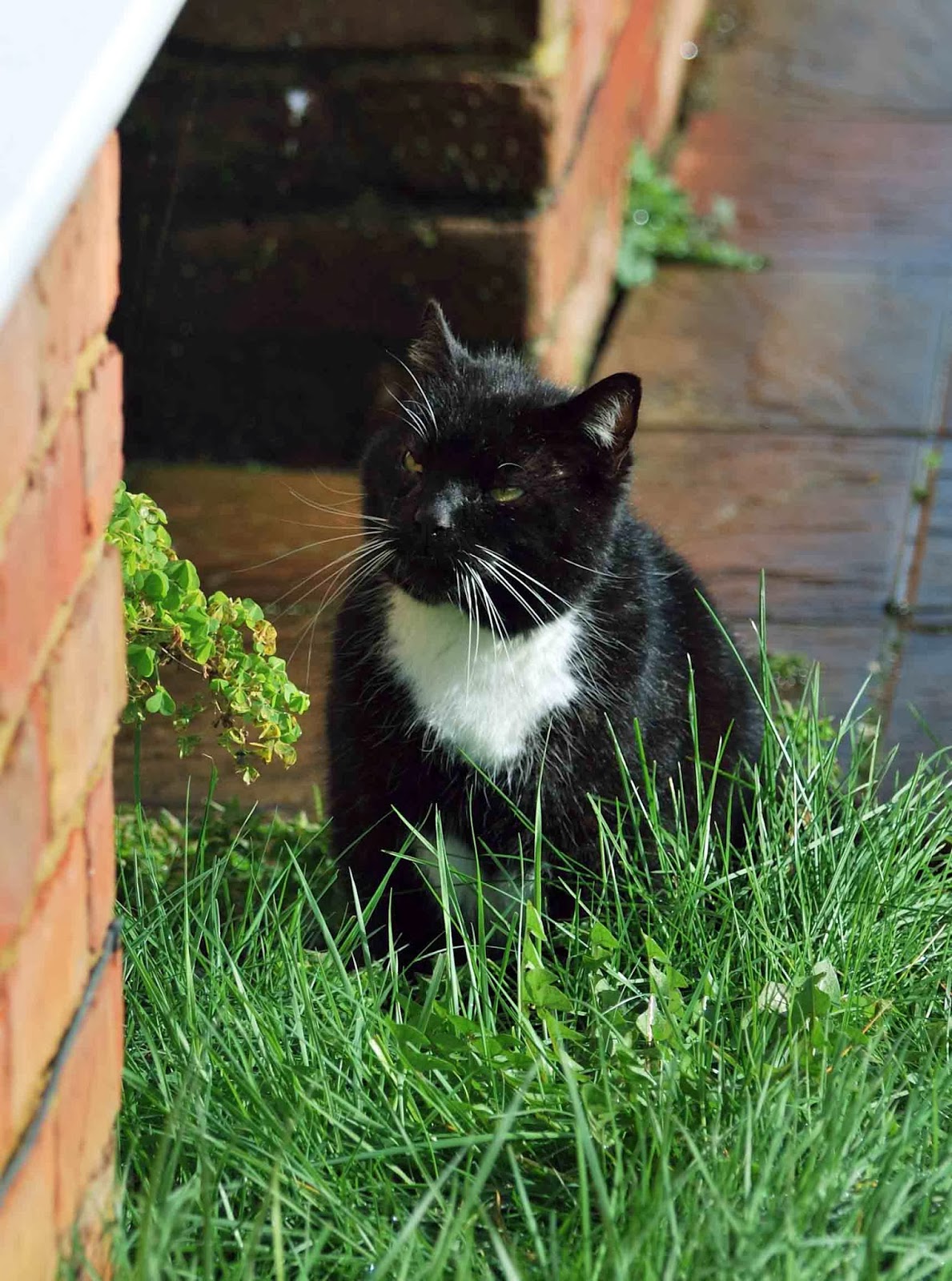 George is at it again. I was up sitting next to Daddy in the window looking at this weird weather we are having today, one minute raining as hard as can be, the next so sunny I can hardly see and then just now we had hailstones again. Just as the sun came back out George appeared from around the back of C's house and walked up to the front window and just started staring up here right where I was sitting.
I tapped the window with my hand to see if his gaze would follow, then I would know for sure that he could see me but just like the other day nothing.

River caught sight of him too and started barking something at him, I couldn't work out what she was getting so excited it all just turned into gibberish to me. 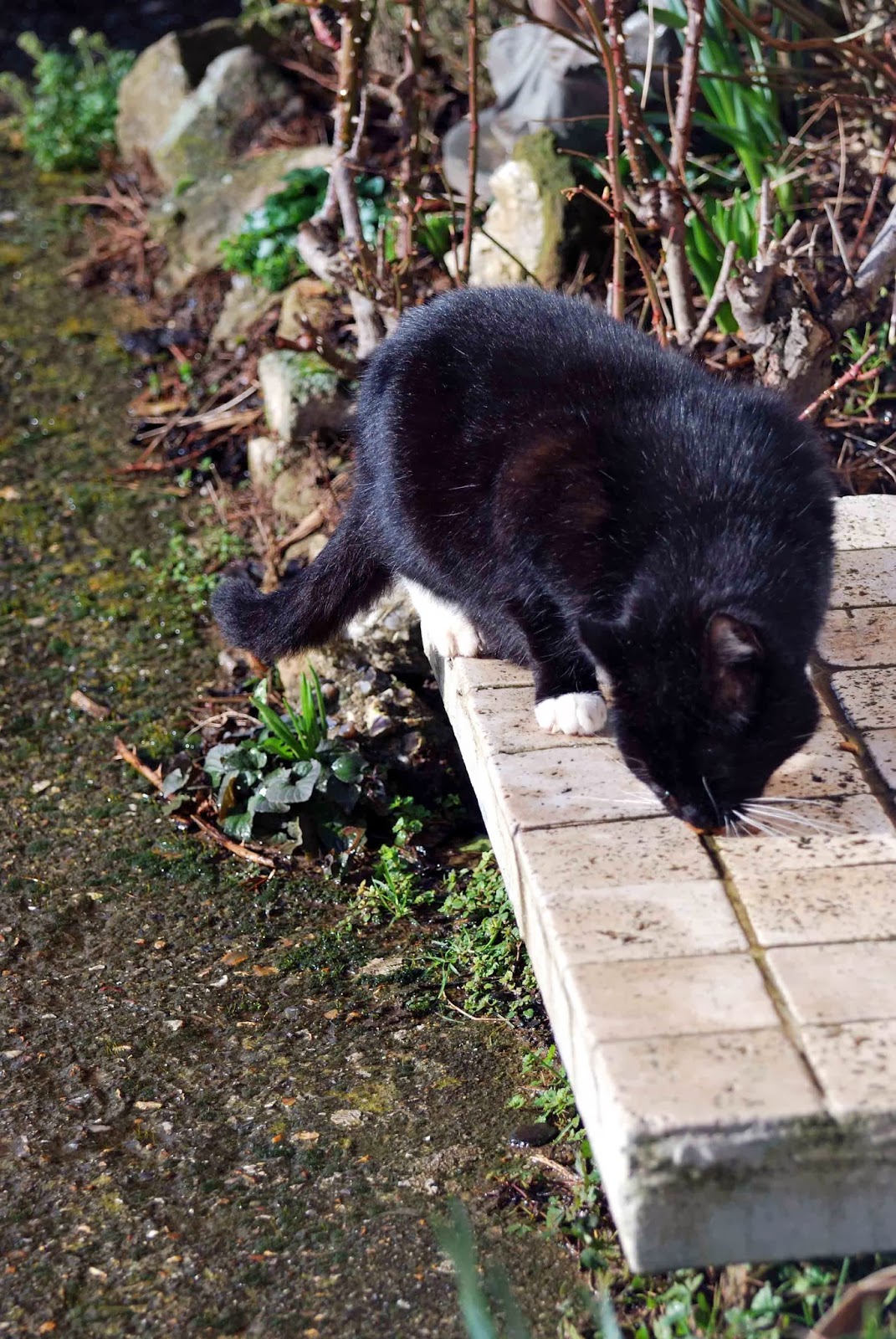 Daddy looked up from the stuff he was reading to see what all the racket was about and called out hello to George, got up off his seat and went into the hallway, opened the front door and dropped a handful of Dreamies onto the doorstep and called out to George that it was OK, he could come and eat them.
George immediately opened his mouth to say something and ran over to him where he got a bit of a stroke before Daddy came back in and went to try and calm River down who by this point was whinging very loudly at not getting her own way, I could hear Disappears Daddy getting up she'd made such a noise she had woken him up.

There's definitely something in this, George is not acting himself and although I seem to be getting no recognition I'm sure he can sense something.

Yeah good luck Daddy by the way with trying to calm River down, she's on a proper one now. 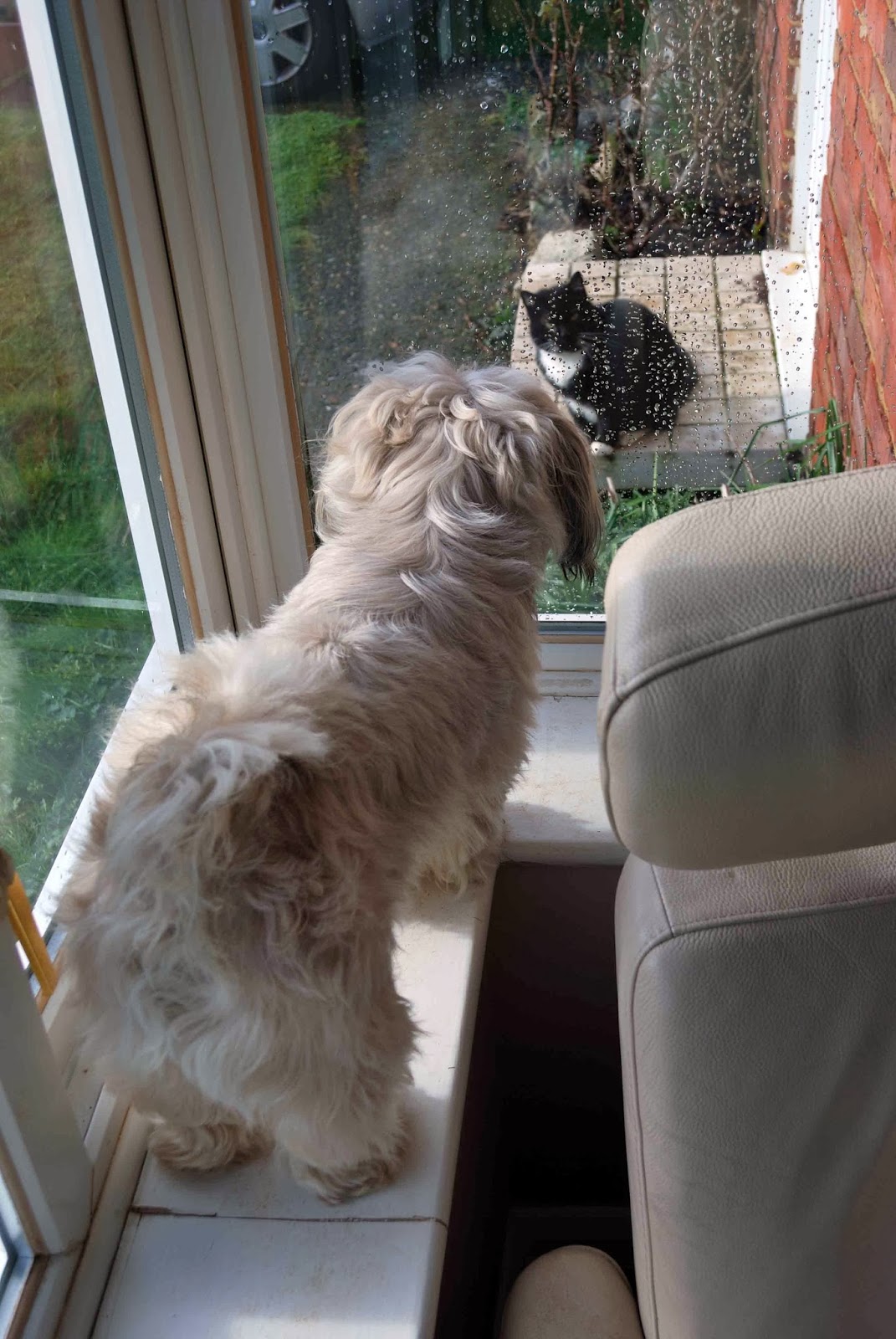 Cats and Dogs - From The Other Side
www.riverssong.net/2014/02/thats-not-whats-supposed-to-happen.html