That's Where My Plan Hit A Snag

I sat there for a long time after George left. This was a massive break through, I knew what I did, but something in me didn't know how I did it. I'll explain.

After George left I went up to a piece of grass and blew on it to see if it moved but nothing happened. I took in a deep breath as much as my lungs could take and blew again but nothing, no movement at all on the tiny blade.

I didn't think I was doing it any different from when I blew on George nose and he felt something but now trying to do it again nothing.

Then I had a thought, I know grass is living but it's a different kind of living than the Daddies or River and maybe I needed that sort of a living person to get a reaction. Don't ask my why, I don't know how all this stuff works, it's all new to me but I thought it was worth a try and ran indoors to try it out.

That's where my plan hit a snag, the Daddies were doing DIY.

Oh dear this is never the most relaxing of experiences. It's not that they don't achieve results, they do and usually pretty good ones, it's the process that can be, well let's just say stressful.

They both come at things from different angles, on most things they work brilliantly together but give either one of them anything that requires tools and joint effort and here comes an experience I've learnt not to be around.

Disappears is very ingenious and works things out in his head, Stay reads all instructions and checks and double checks before he does anything, they both think their way is the right way of doing it. Now you can see where the stress can come from. They know this about each other and generally don't engage in this sort of joint activity but sometimes it just can't be avoided. 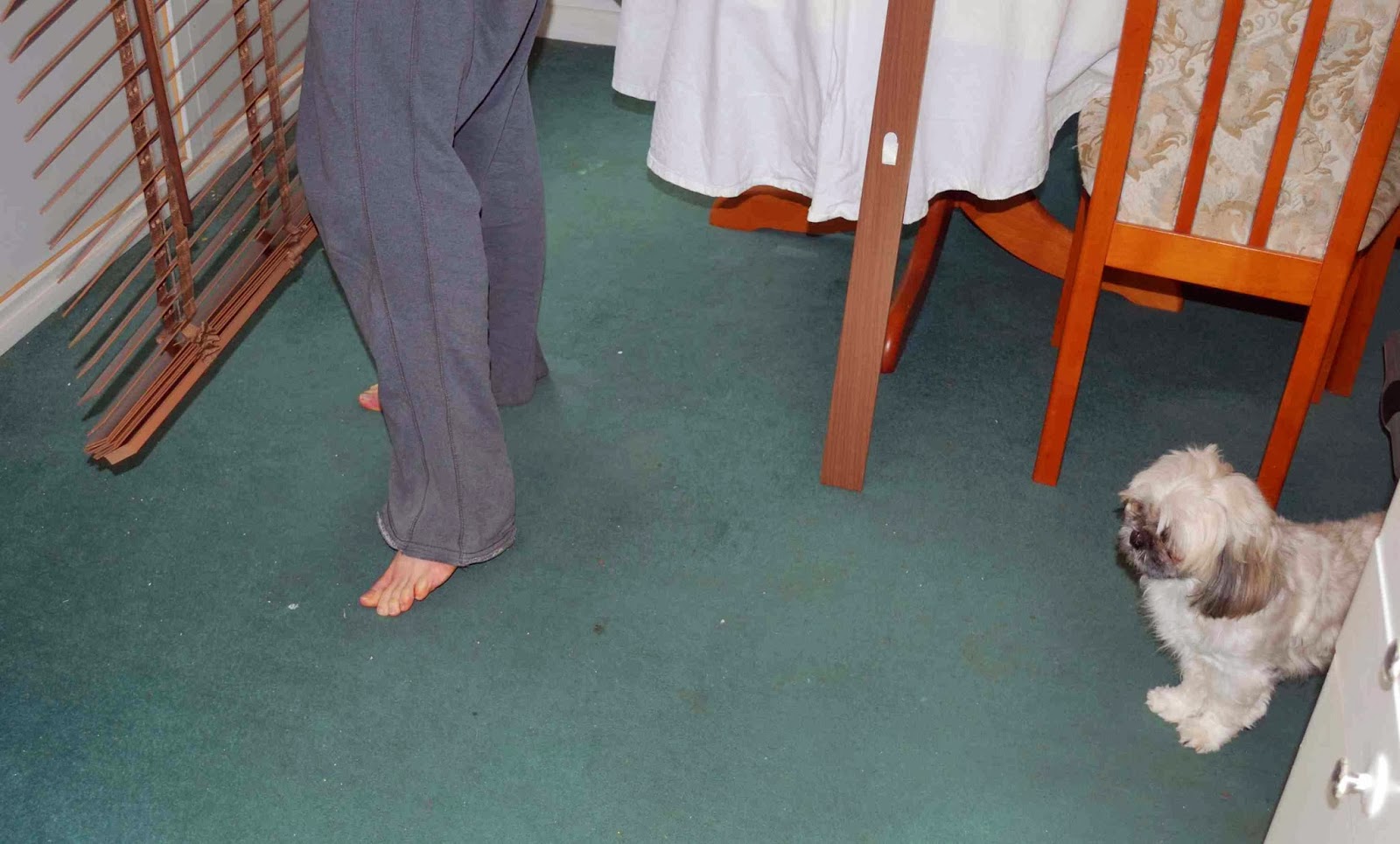 Give them a paint brush and a wall and total unity. Stay defers to Disappears when it comes to sorting out things like TV hookups and things like that and Disappears leaves plastering and tiling and things like that to Stay, they know their limitations. Today however they were putting up blinds and needed two sets of arms.
To add to the pleasure of the situation River decided she was going to get herself involved so I decided to by-pass this and come back when things have settled down.

Still at least I know what my next move is going to be, I must try and blow on River and the Daddies and see if they notice.

Cats and Dogs - From The Other Side
www.riverssong.net/2014/02/i-supervised.html