Even though I can't really feel anything, physically I mean, I've been enjoying an afternoon up in the office on my chair. Stay Daddy has been working downstairs and River's been asleep next to him pretty much all day. I think he's finding it hard to be in there without me, it must remind him, if only he could know that I'm around I've still not managed to make my presence heard yet though, that would make him feel better I'm sure. I heard him saying to Disappears Daddy last night that he was really missing me and when they talk about me that don't say my name out loud but spell it out in case it upsets River.

Anyway a rare break in the rain happened and the low Winter sun blasted me right in my eye so I had to move and thought I'd come downstairs and see who was around. I got up on the table with all the bric-a-brac and spotted the lighter Naughty Twin just sitting on the grass by the pebbles by the back window.

I had no idea how long she had been there but she seemed so lost in deep thought that I found myself staring at her to see if she could pick up my presence. That didn't work and I thought maybe it would be better if I went outside and sat right by her, so that's what I did.

No reaction but then she started talking to me as if I was there. I missed out little chats, we got quite close in the end and she was always the one who brought me messages from Mogsie or news from a Cat Council meeting I was unable to attend, her being aware I didn't like to cross the road.

I know she didn't see me as her expression and gaze didn't change direction throughout but she did talk as if she was talking to me, I guess she's missing our chats too. 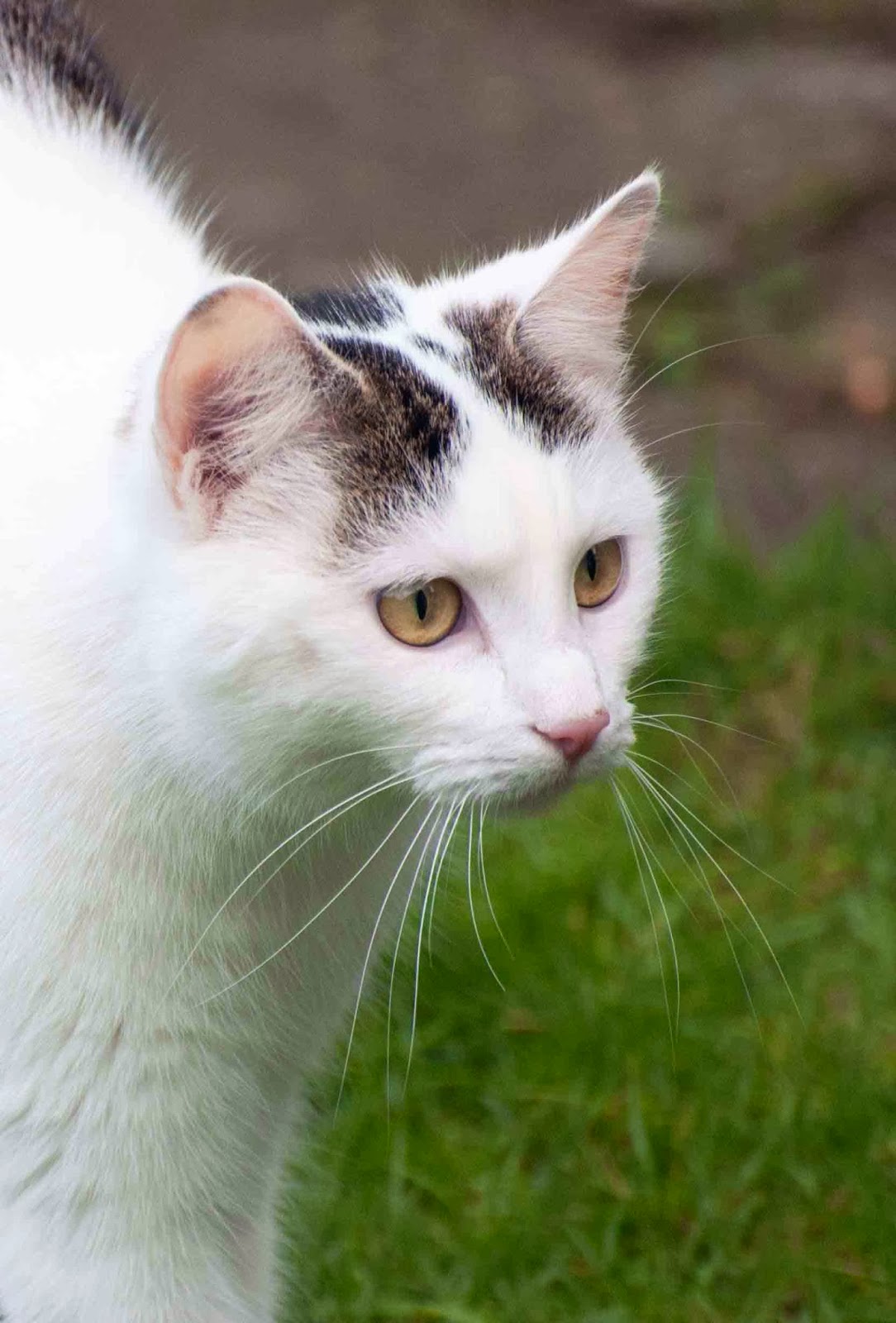 She said that she was sad I wasn't around and that things just weren't the same, it fair brought a lump to my throat, and that she wasn't the only one. George just wouldn't even talk about me and whenever my name was mentioned he just walked off and Mogsie had been in a pretty much permanent low mood although Mogsies being Mogsie he just carried on looking out for everyone.

She also said that Foxy Lectar had been spotted again last night, for the first time in weeks and that everyone was beginning to be on guard again in case anything happened and I had no need to worry as she had volunteered to be on River watch to make sure she was OK.

Now at that point that lump in my throat changed to a tear in my eye, even though I wasn't there to get involved in the action they were still looking out for River and that she had become her protector. I suppose it's not too surprising that she would put herself forward she did always have a soft spot for River, loving teasing her I know, but genuine soft spot all the same.

When she finished speaking she just sat there for a moment or two appearing lost in reflection, took a deep breath, got up and ran up to the end of the garden and over the fence.