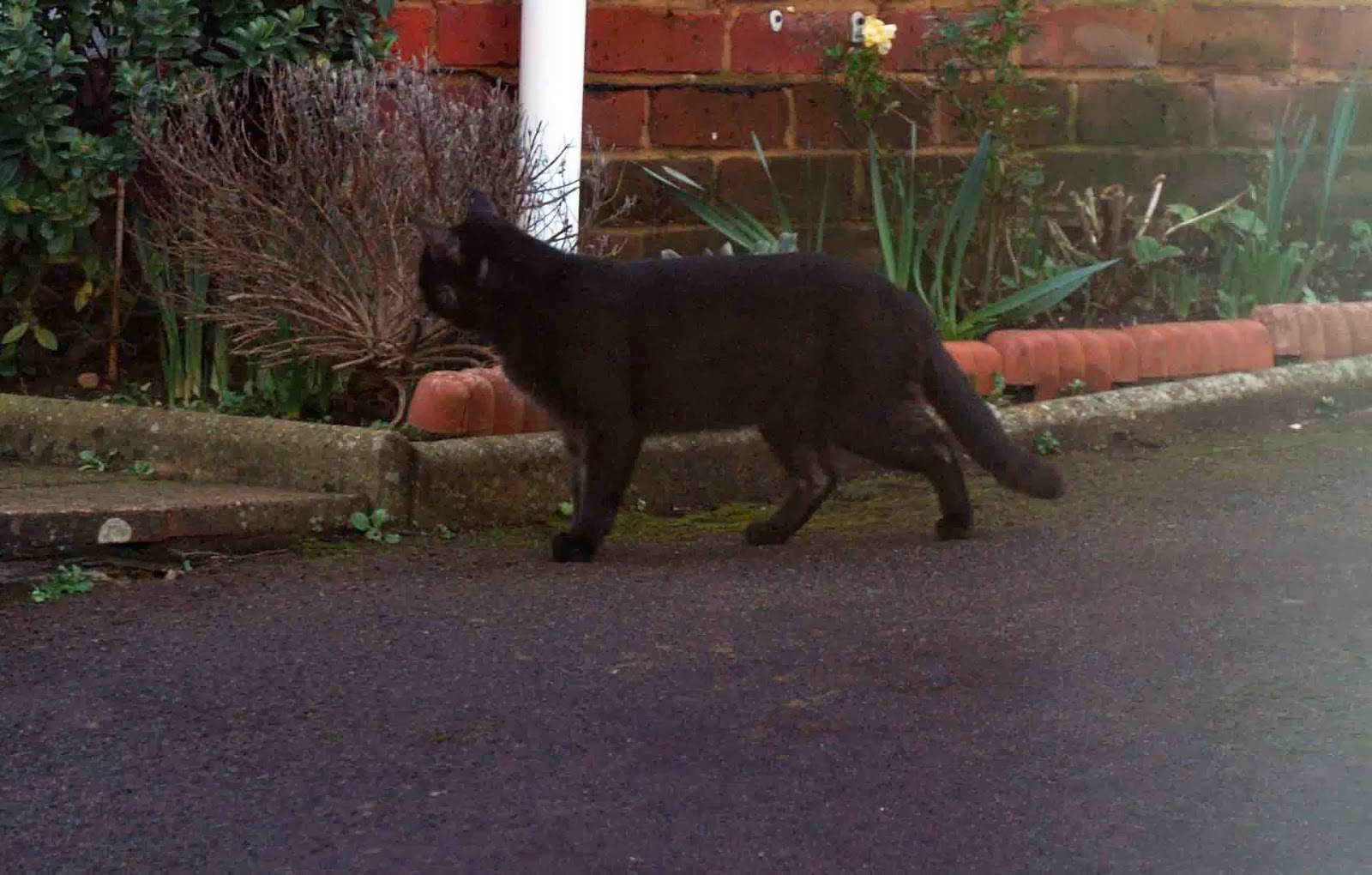 Late nights always used to throw me right off kilter for the next day but since I've been beyond and back they are no longer a problem for me. Last night was a late night but this morning I was up and downstairs early just as the sun was coming up, my Daddies and River are all still asleep upstairs and I would generally wait to come down until one of them but nah not now I don't.
Being up early gives you a good start to the day and the dawn morning can give a totally different glimpse on the world as it wakes and boy today it did just that.

I was looking out of the window, Daddy had forgot to put all the blinds down when he went to bed last night and over the road I spotted Doublay and Spit. SPLIT! I've not seen him around for months and now I know why. 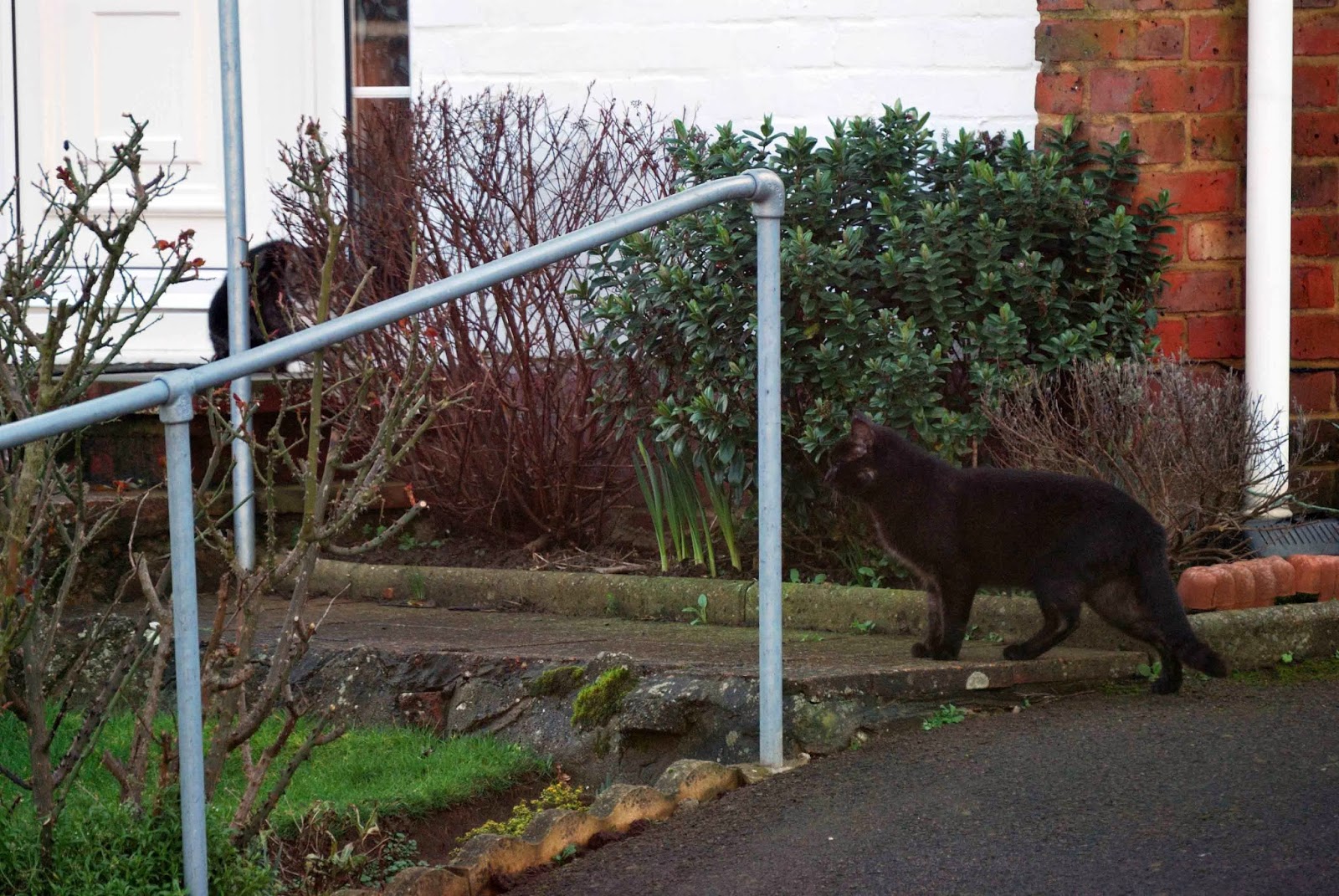 At first I thought Doublay was chasing Spit which confused me and on the tough scale I would have put him higher up the tough scale that Doublay  and it definitely didn't look like t a game of chase they were playing and then I spotted something around Spit's throat. He'd been collared!

Now many of us cats have collars and if you have one from a kitten it's never a bother. I remember both Misty and Smokie quiet liked their collars with their name and addresses tattooed on the back in case they ever forgot where they lived but to have one put on you later on in life is not a pleasant experience for us cats and Spit looked terrified. 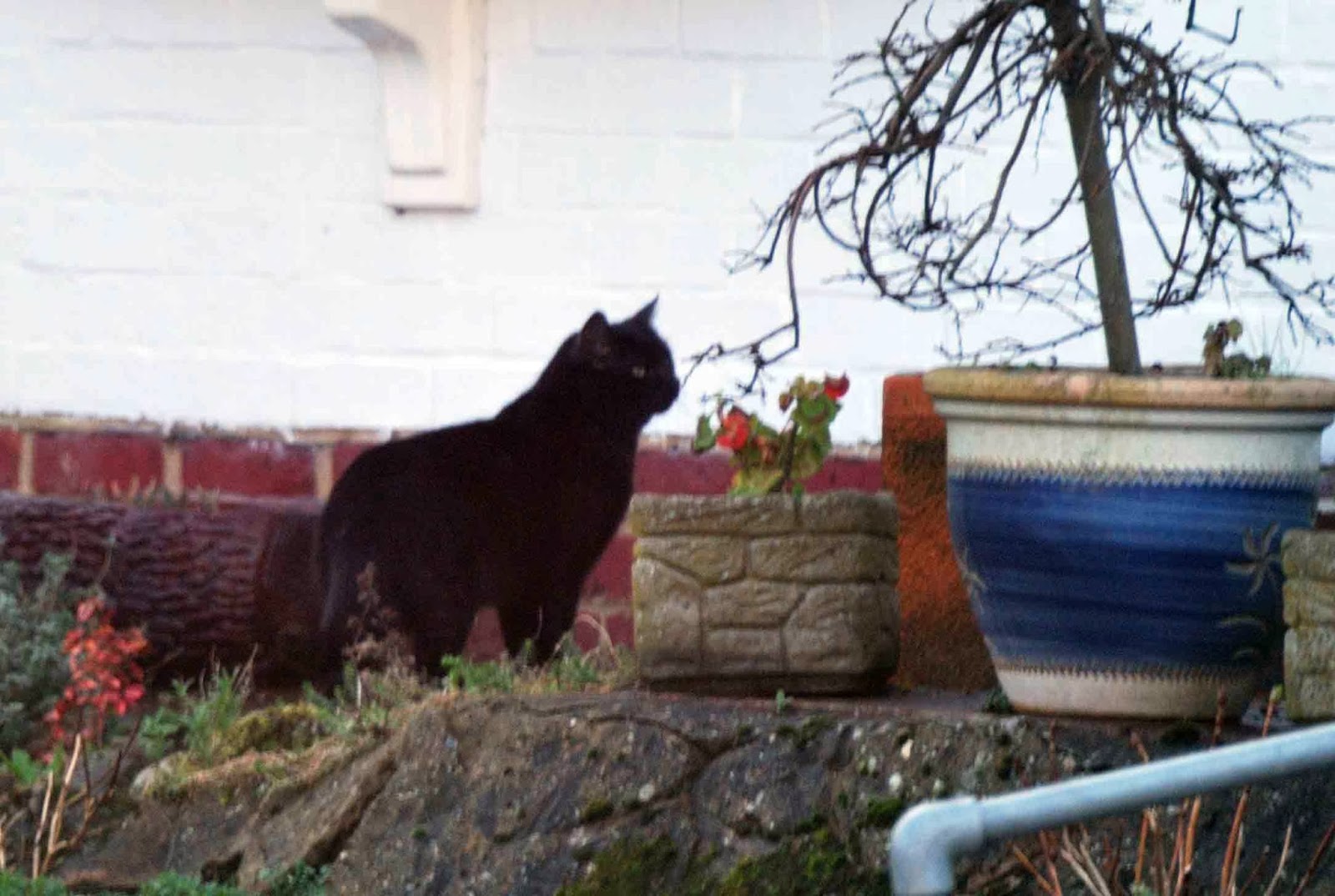 That must have been why he's not been around! There was always a suspicion that maybe he was homeless, well he did act like an alley cat but with a collar on it's obvious he's been adopted. He was looking in good health so he's certainly being treated well but still very distressed with his collar and sat on E's doorstep for a while with Doublay looking on, his face now turned towards my direction full of concern. When Spit ran off Doublay followed, not chasing him as I first thought but looking out for him. Well, well, well!