Never have I been more frustrated at not being able to speak to anyone.

Stay Daddy got up early and came downstairs with River and I came down with them. I wanted to see George to see how he is and also to let him know I didn't manage to find any answers in Daddy's office books yesterday. Even though he has loads of books on things like that there wasn't a single mention of cat spells but I guess that's hardly surprising it's very ancient worlde that goes back to the time of The First and not a lot is recorded from that time, our folklore is generally handed down by word of mouth only!

Anyway there I was sitting up in the window looking out for George and enjoying the early morning sun when all of a sudden I saw what I thought was Sarah running across the road, being chased by Doublay.

I thought maybe Doublay was in a bit of a frisky mood, it is Spring after all but something about their movements made me pay closer attention, then I realised it wasn't Sarah it was Tiger!

As they approached R's car they both quickly looked around before dashing under and around the back.

This was audacious in the least and I desperately scanned Catworld to see if anyone was around. I thought of running over there myself to at least see what was going on but to be honest I really didn't know what to do it was all happening so fast.

Then Doublay came running back across the road, I half expected Mogsie to be chasing him the speed he was going but he was on his own. About 30 seconds later Tiger came running out, checking no one had spotted them a smile spread across his face and he dashed off down the road.

Oh George where are you, you're the only one I can tell but what you can do I've no idea what with all the gobbledygook coming out of your mouth at the moment? These are grave times for Catworld! 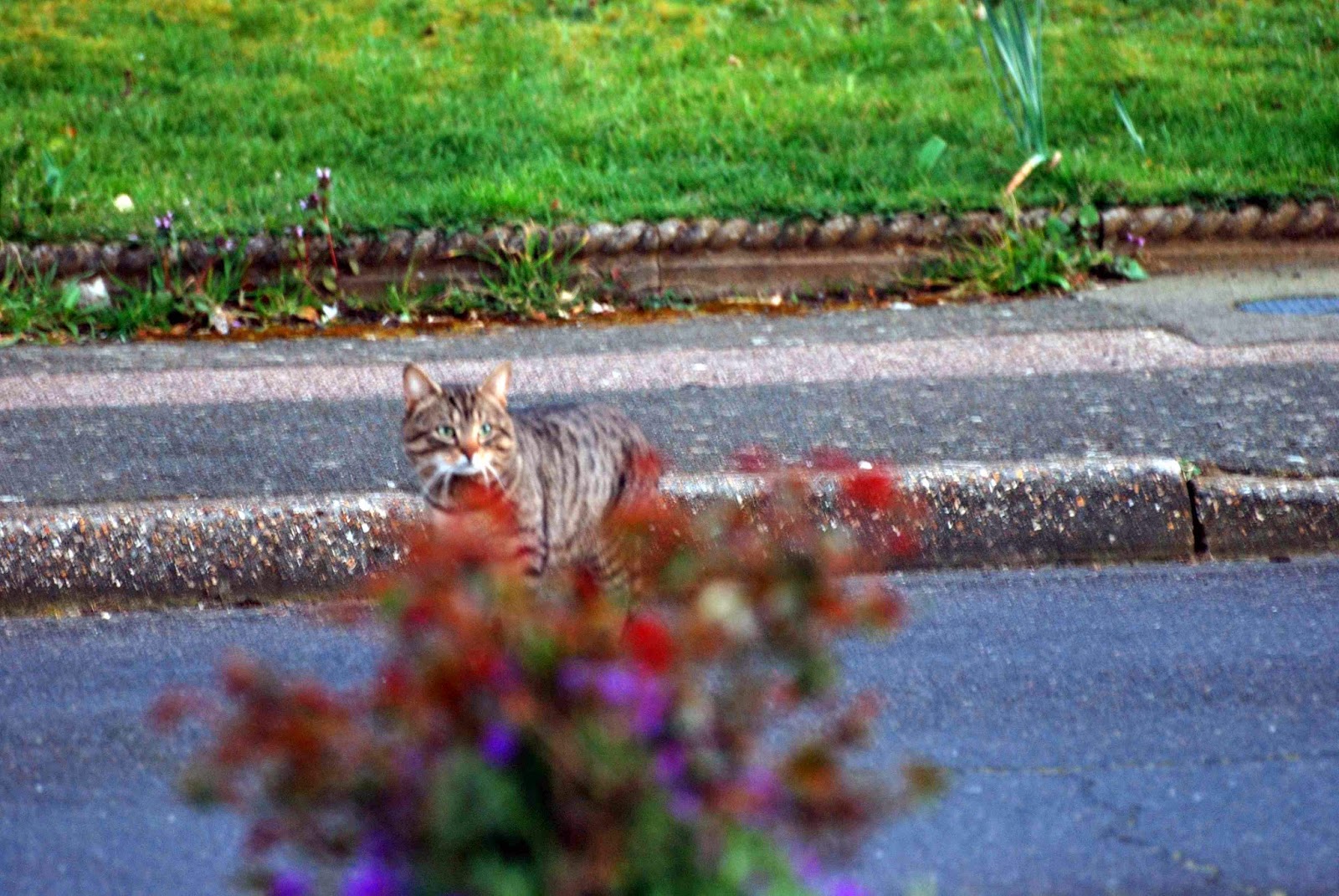