It Suddenly Crossed My Mind That Maybe My Secret Was Out! 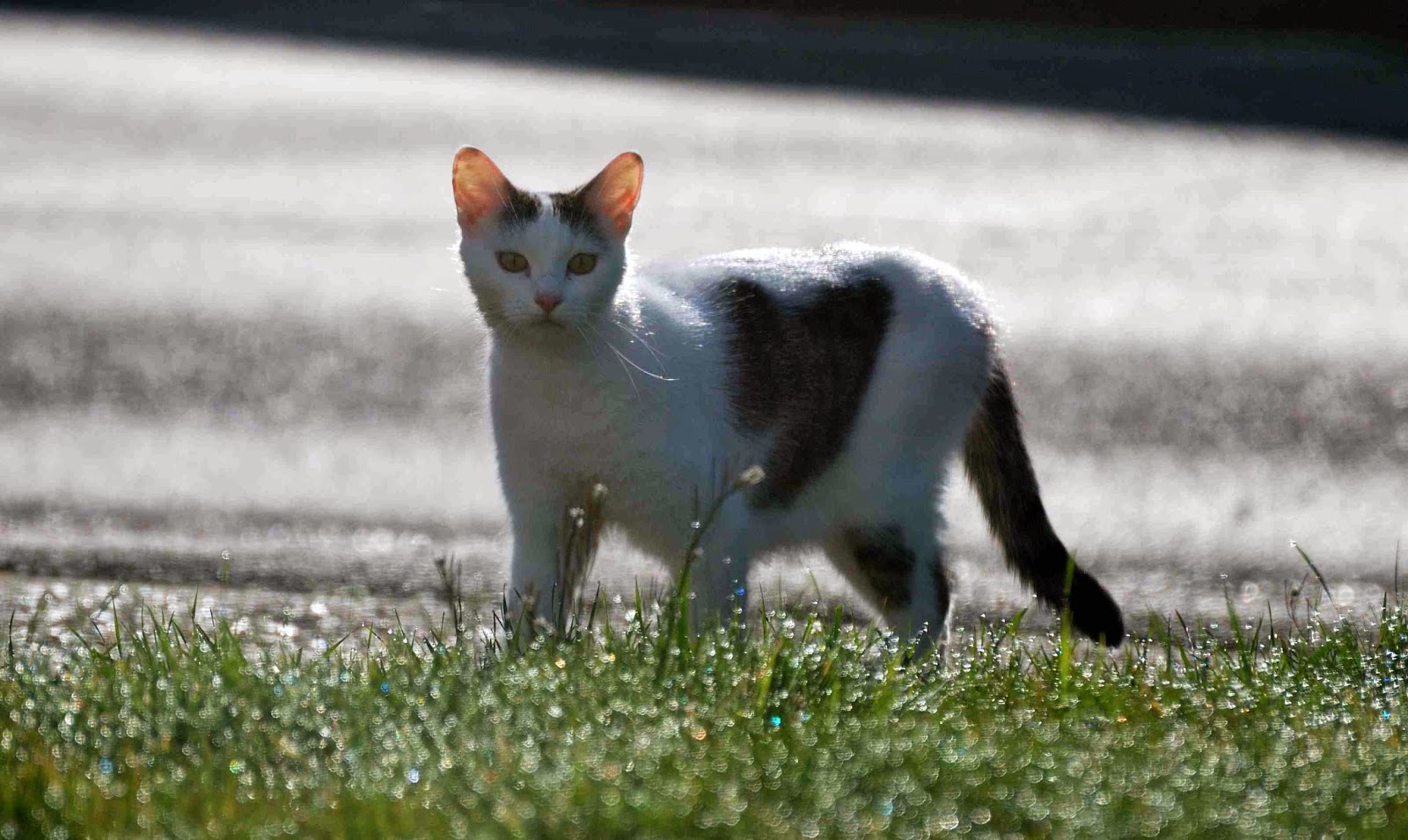 Something big is definitely going on this morning. I was up early with Daddy and River and settled myself back in the front window, still waiting for George to show his face, when I spotted the lighter Naughty Twin crossing the road, coming up C's pathway before stopping and staring straight in my direction.
I turned around to see if River was behind me but she was deep asleep on the chair so it couldn't have been anything to do with her that caught her eye. It suddenly crossed my mind that maybe my secret was out and I came over feeling all strange and a bit shaky.

How could it be, unless George had said something and let's face it he isn't making any sense at the moment? 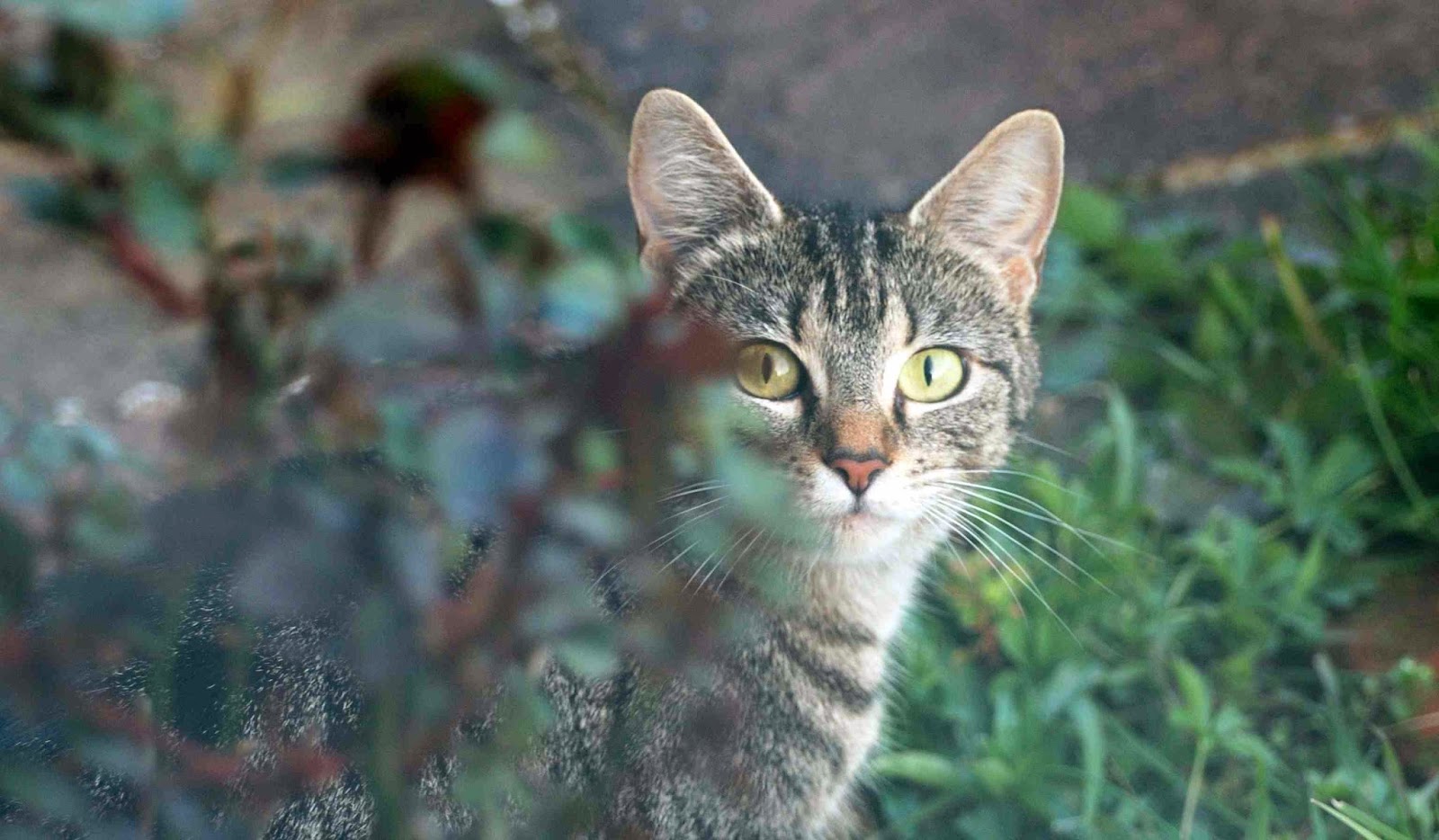 I decided to sit here as see if anyone else acted out of character and it wasn't long before Sarah appeared back in her position next to the front window. She settled down but kept on looking up here in the window. I stared at her trying to work out if she could see me and moved my head from side to side like I was dancing to see if her gaze followed but no, nothing but a blank look on her face.
This was definitely suspicious though, something was up! 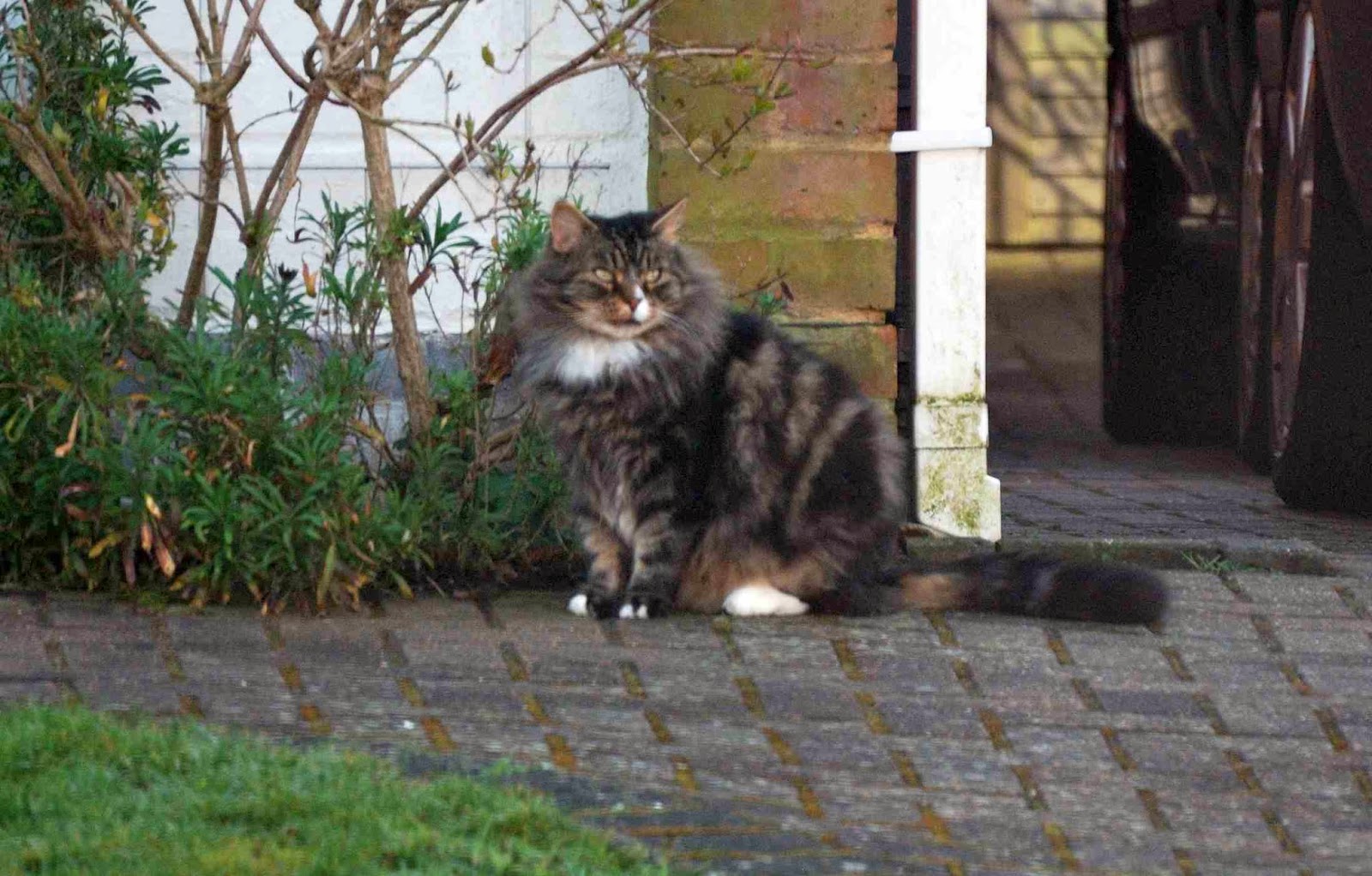 George still hadn't showed up when Mogsie appeared over the road, looking from left to right, scanning the whole of Catworld, his stance was not that of a relaxed cat.
Oh George where are you? This not knowing what is going on is really beginning to get to me and I'm also getting very worried about you!