She Survived The Winter Then

The Daddymummy keeps on saying that the daddies should get another kitten to keep River company which is lovely but Stay Daddy says he's not ready yet as he was missing me and felt it would be dis-repectful to my memory. 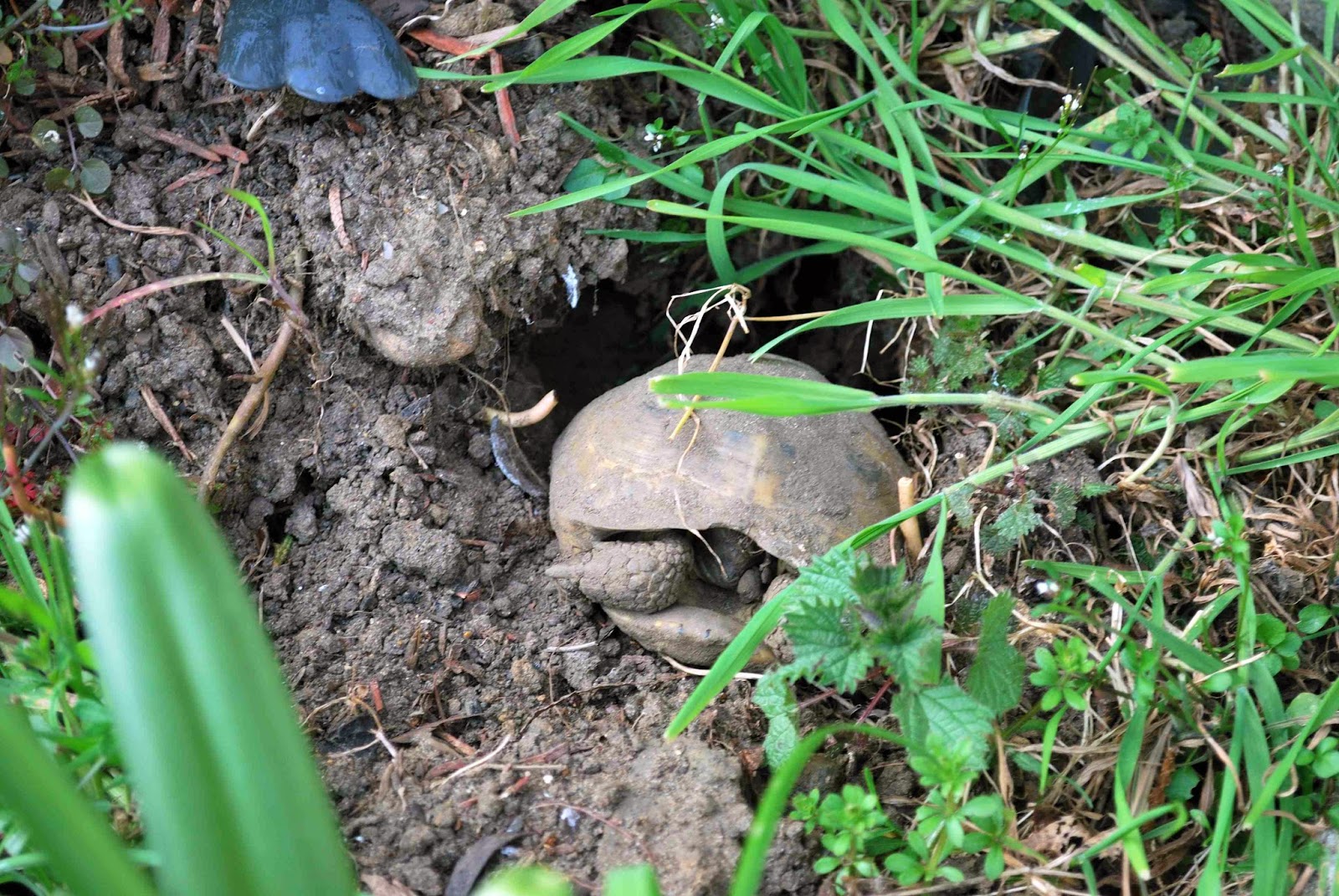 i fair chocked up when I heard that and moved next to him to be close just as he got up and said come on River you gonna come and see if this hot weather has brought woken Nadia up yet? I don't think he wanted to think about new kittens and that but I can understand what the Daddymummy is talking about, it's the first time since he was a little boy that he's not has a cat around him.
I followed them out, still to keep a close eye on River and all of a sudden I heard him calling out to River and saw him jump up and down in excitement. Running over to see what it was I spotted Nadia half in and half out of the dirt right up in the back of the Peace Garden. Blimey she's survived the Winter then, she really is a hardy little thing and very messy, she was cacked in mud. 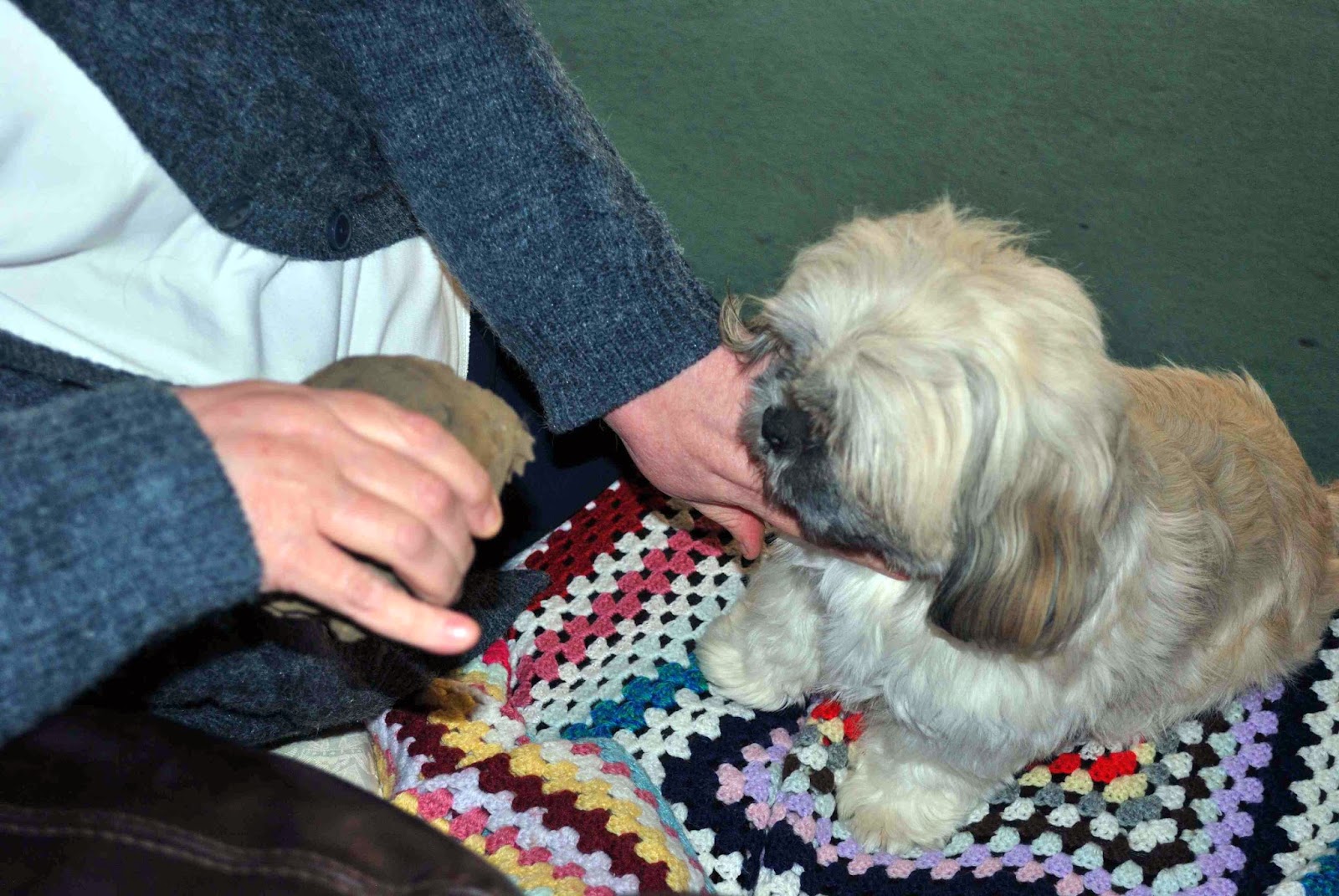 We all came running in and Daddy handed Nadia to the Daddymummy to hold when he went and got her bath. She needs it after all that time underground, not just to clean herself up a bit but also so she can have a nice long drink. 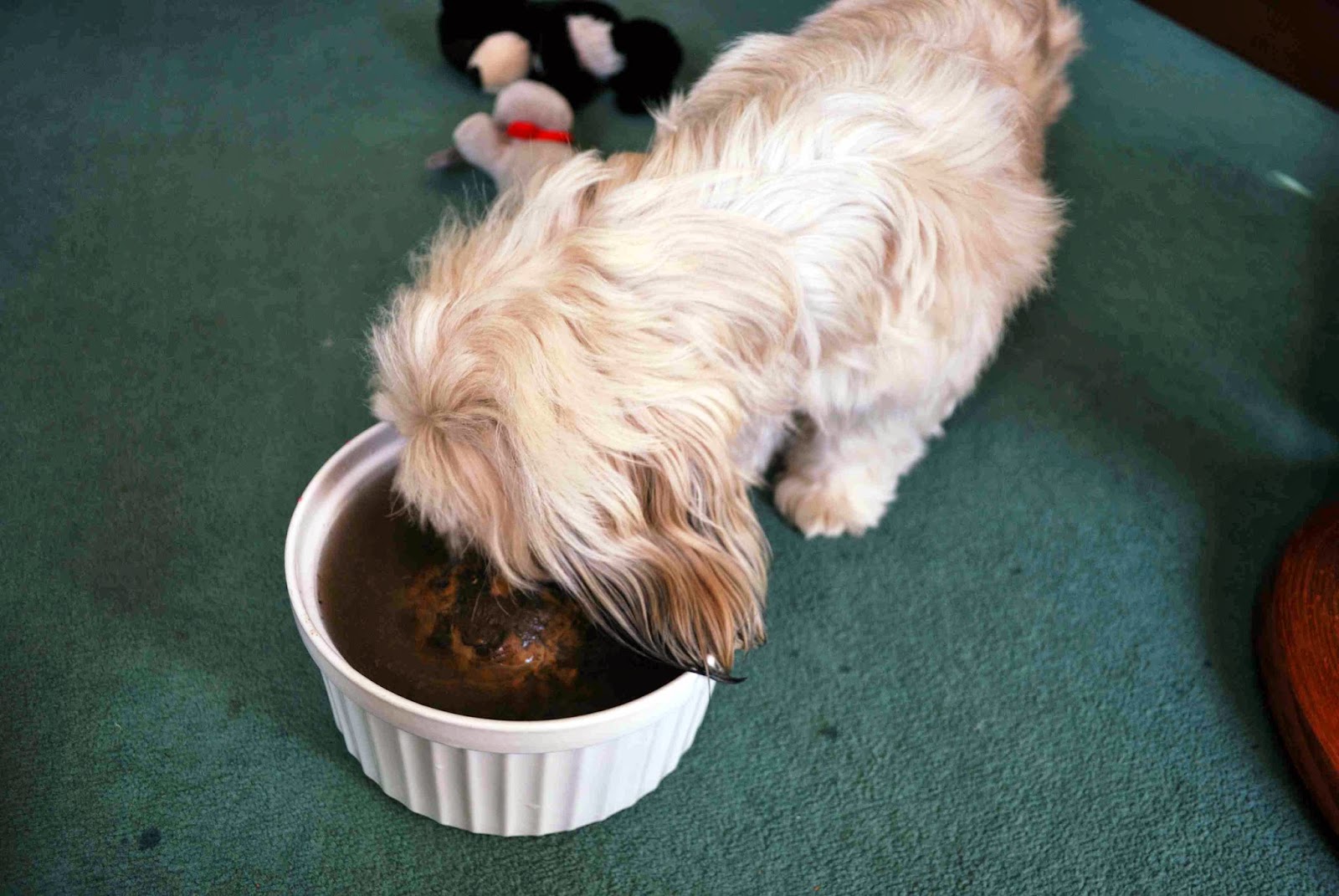 River being River couldn't leave her alone and jumped up and tried to lick her. Ahh bless, I guess it must have been a bit lonely animal wise for her since I went. Yes she's had visitors and they keep her entertained but it's not the same and I know how much she adores that little tortoise. 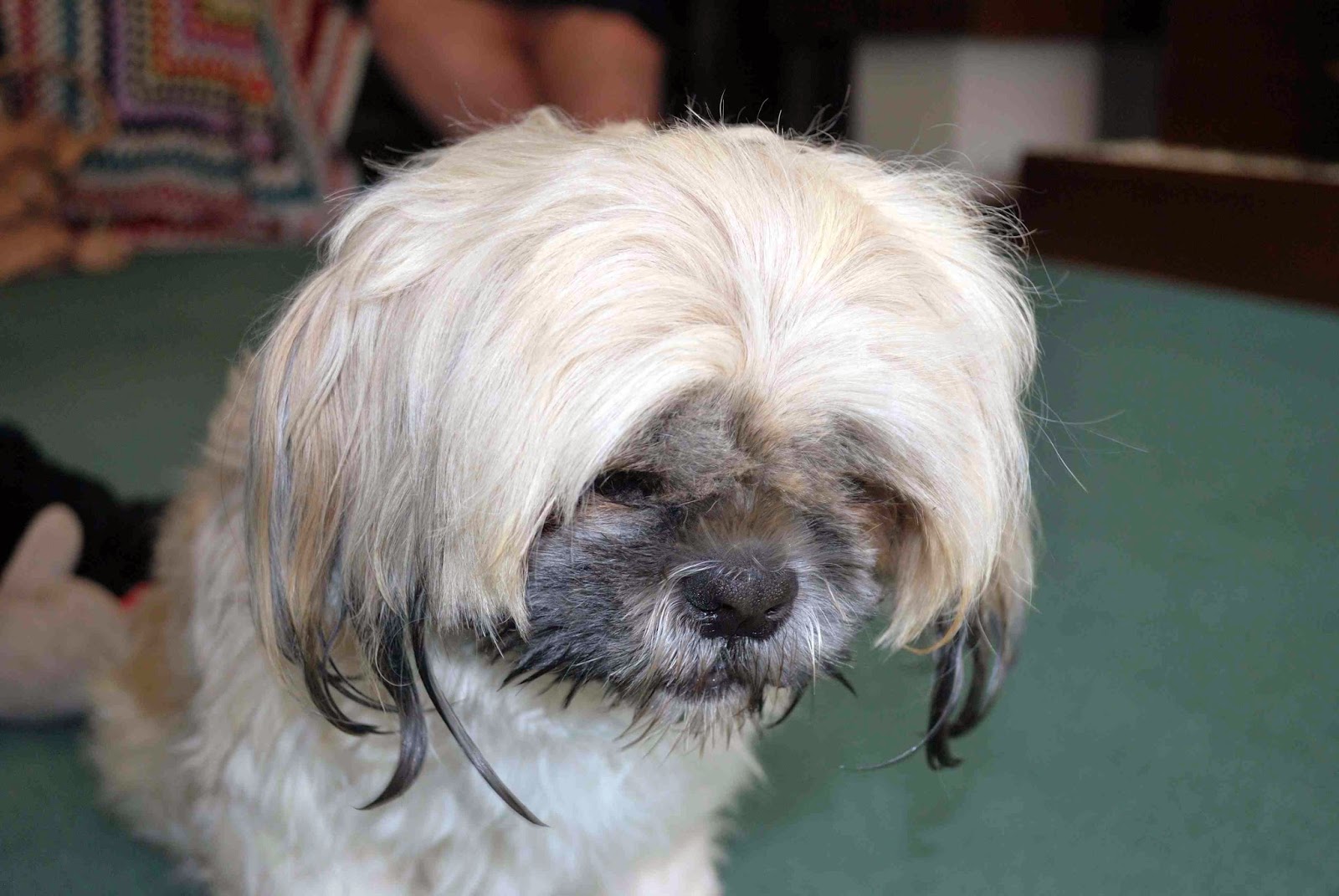 River being River she just couldn't contain her excitment and after trying to get in the bowl with Nadia and getting her ears soaking wet decided she'd also like to have a drink. Nice muddy water, dogs eh.

It is lovely to see them both together, poor Nadia though I know she's just not going to be left alone and you know what as much as I would complain about River chasing me I felt a real pang, I would love exactly that to happen now. 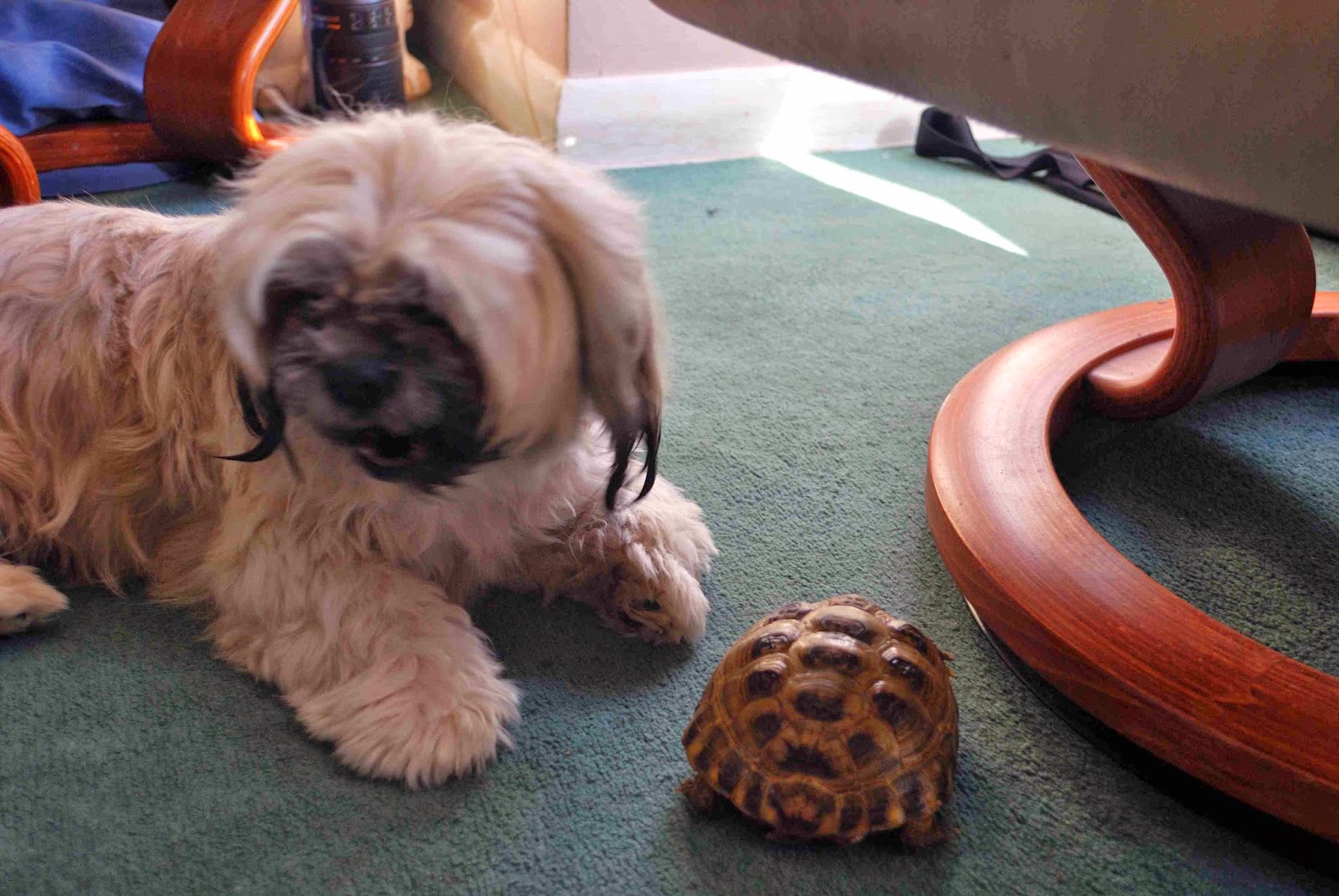 Cats and Dogs - From The Other Side
http://www.riverssong.net/2014/03/nadia.html