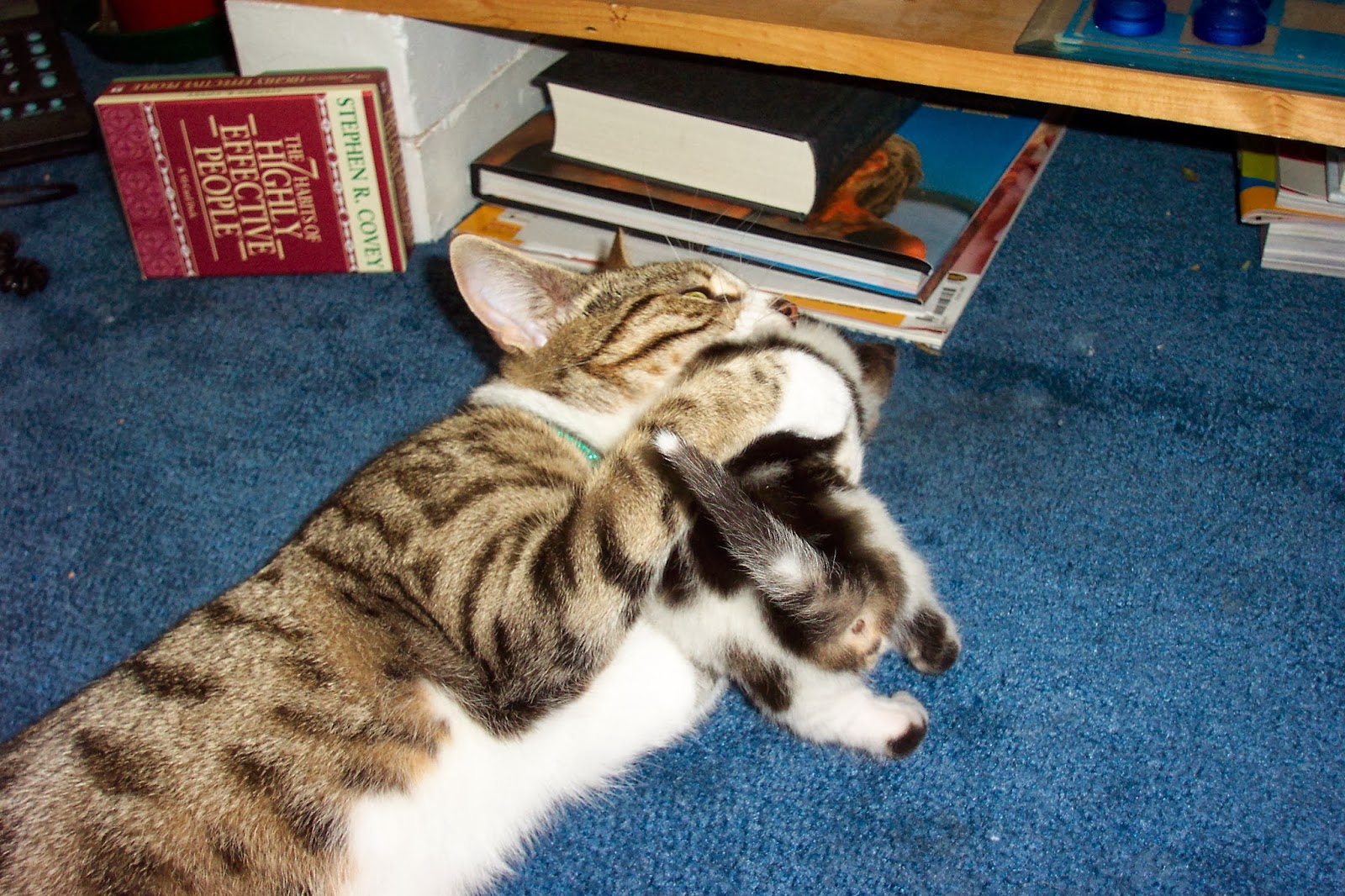 Disappears Daddy is out tonight, I heard Stay Daddy talking to him and saying he would see him later. River was playing Daddy up, she's having what Daddy calls lady times and I thought I'd go and sit next to him to try and give him some moral support, there's not a lot I can do from here but I can at least be around him. 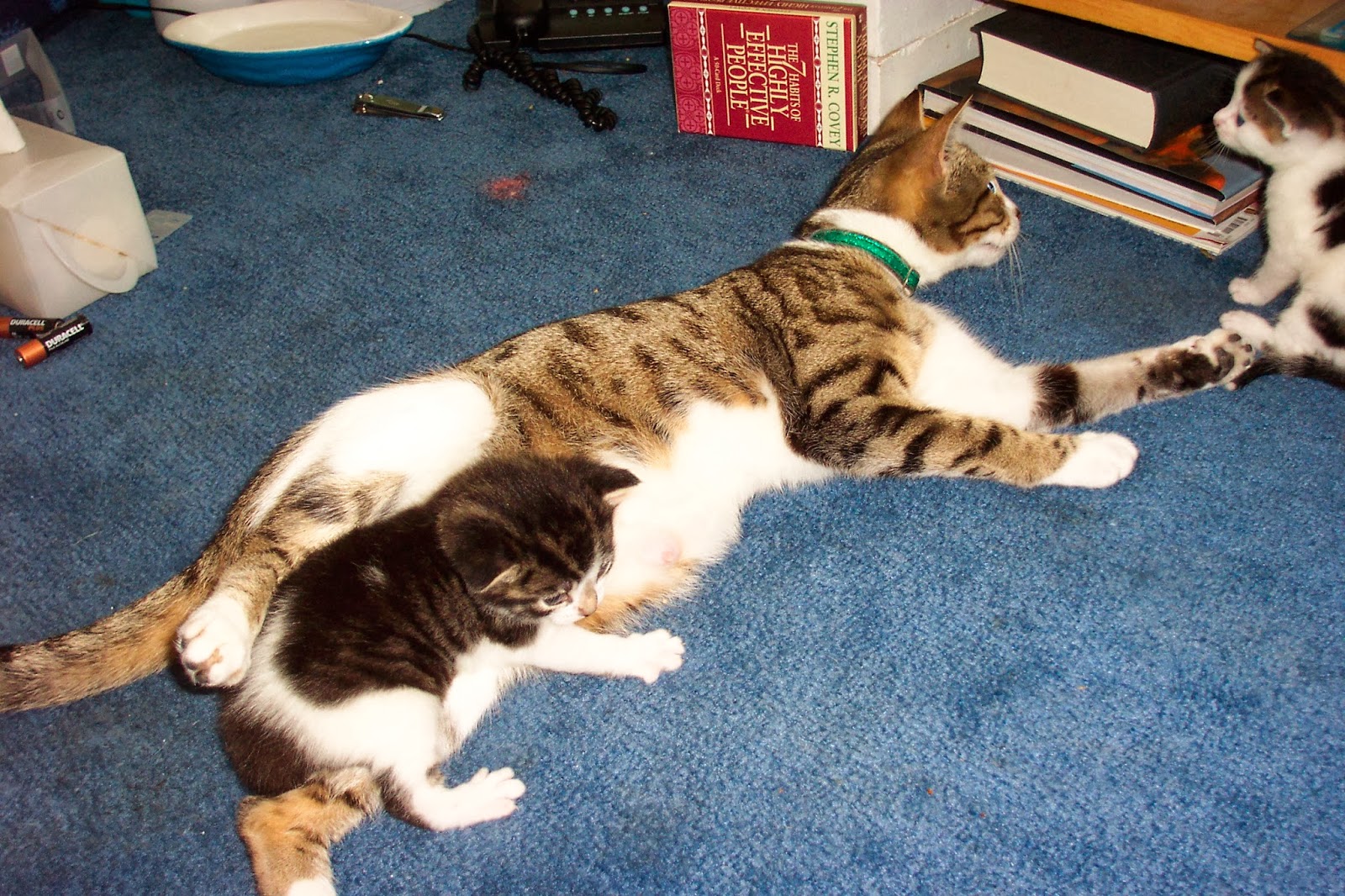 Anyway when he finally managed to get River to settle down and go to sleep he opened up the computer and started going through his files trying to tidy them up and get rid of duplicates. He's got an awful lot of photo's and he was taking ages to go through them. The trouble is when he starts he ends up spending just as much time looking at them as he does getting rid.
He went way back, I guess there was a lot of tidying up to do. Although I wasn't paying much attention suddenly I heard a big ah coming from him and focused. There right in front of me was a picture of me cuddling Charlie and then another of me with Charlie and one of my girls.

Oh the love flooded over me and the memories can flooding back. I think they did for Daddy too because he just kept the pictures up there for ages smiling. I hated that collar and was so glad it was only on for when the kids where little.