Should Have Guessed It Would Be Chaos 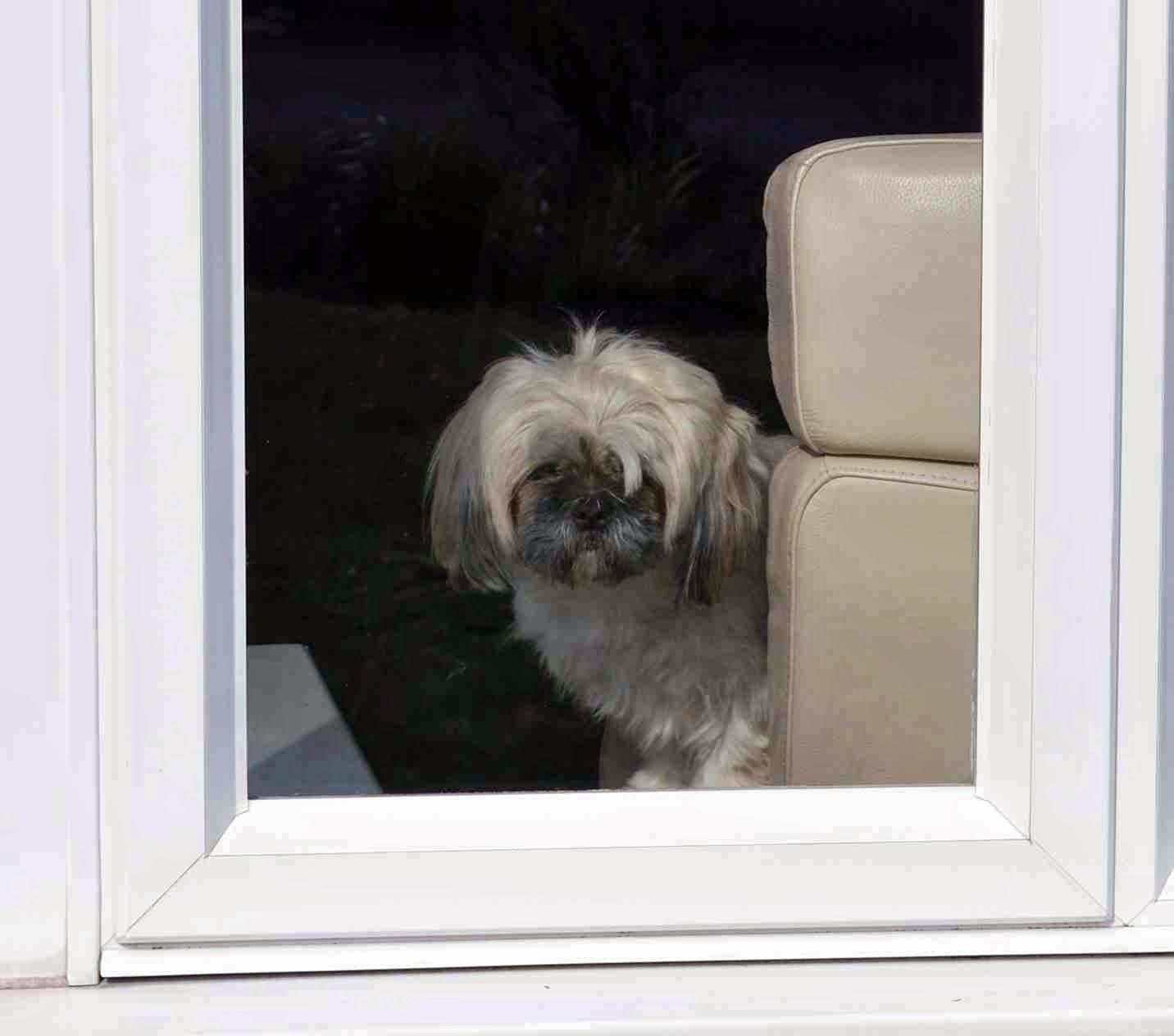 What a beautiful day it is in Catworld, the sun is out and shining hot. I overheard the Daddies talking about getting out in the garden and even though I know I won't be able to feel the heat I can enjoy the sun so decided to join them.
Tasks assigned, Disappears hoovering the grass and Stay pulling up weeds out they went and out I followed.

Of course baby didn't want to be left out and whinged in the window until Stay went and got her reigns and brought her out there with them. Last time he did this she slipped out of them and did a runner down the road so I thought I'd better keep close by, she has no fear that one. 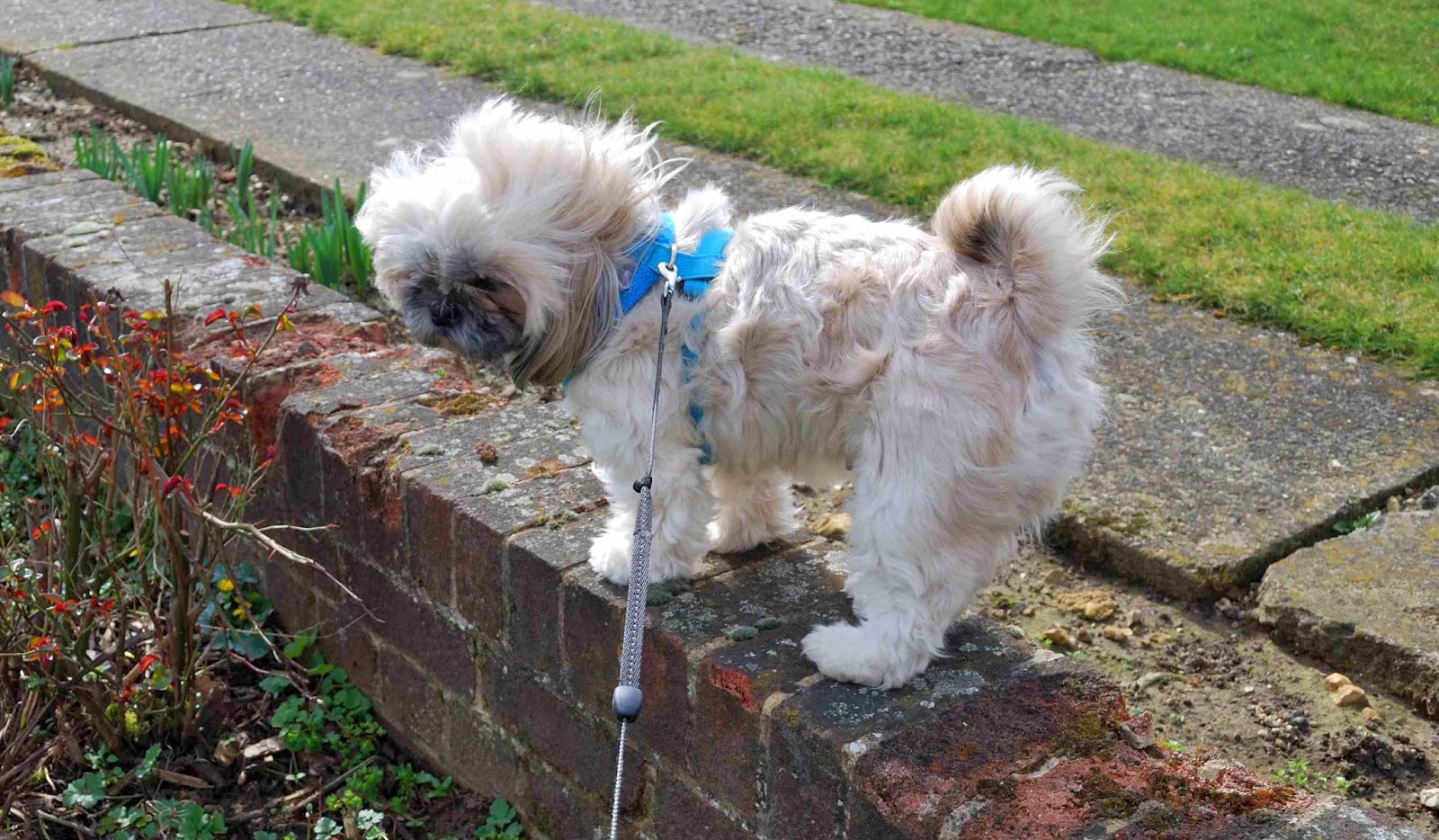 Should have guessed it would be chaos. Bag and River's lead in one hand and the other trying to pull up weeds while trying to differentiate between a weed and a flower it wasn't long before River got bored and started playing about jumping on and off the wall at one point landing right on Daddy squatting down so he landed on his bottom. 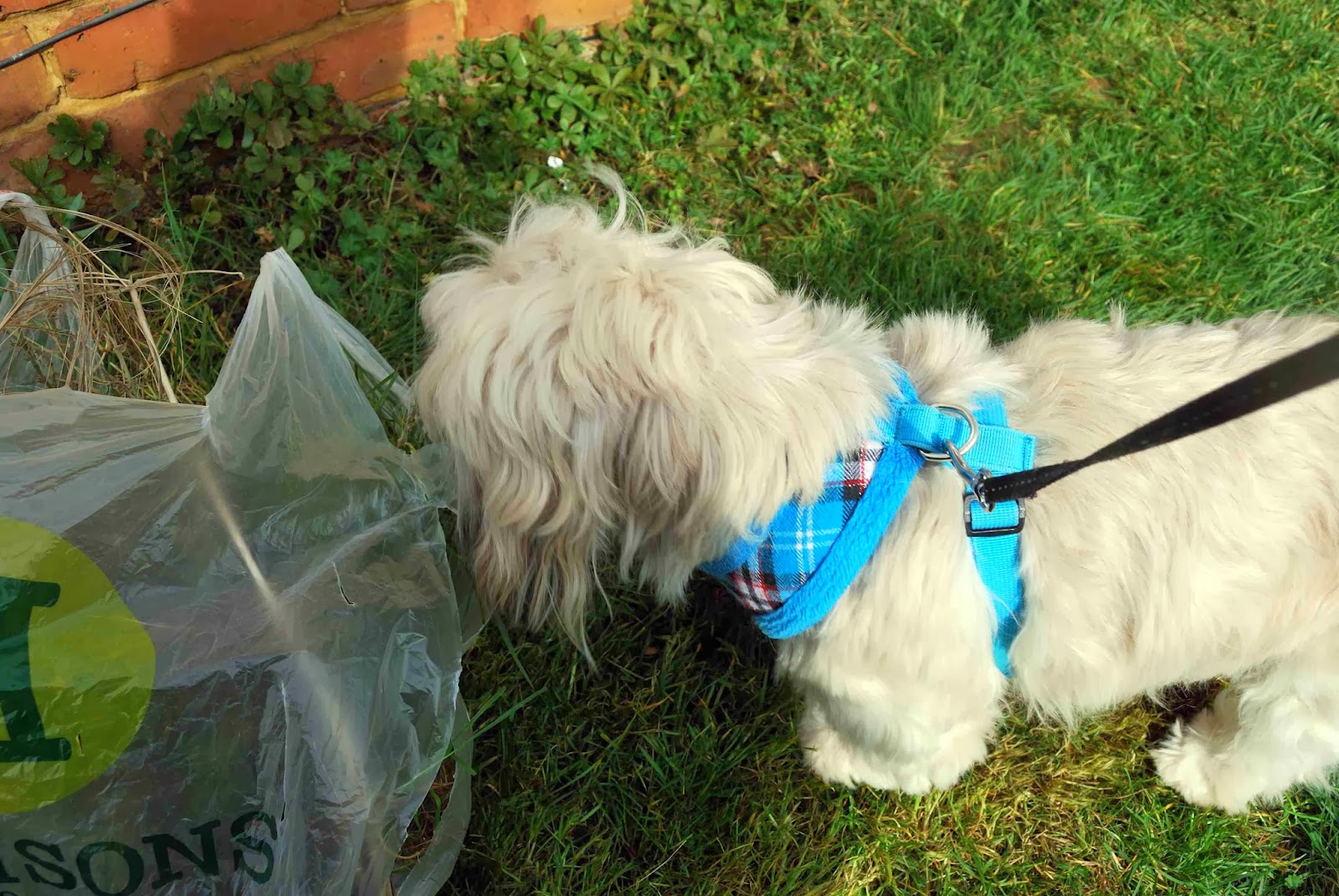 Still he persevered, I would have given up especially when River decided she'd like to take the rubbish out of the bag and scatter it over the lawn. 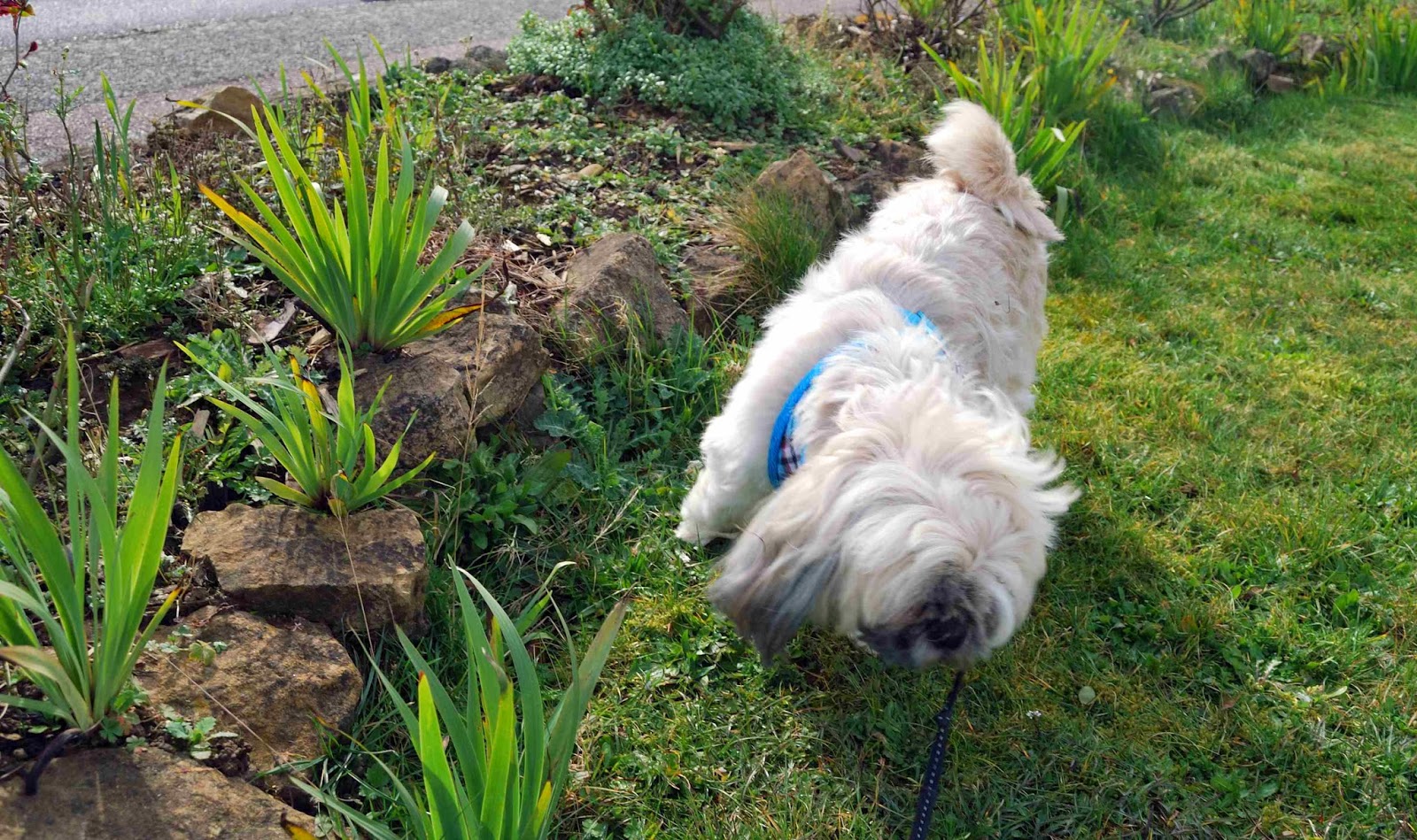 Eventually he did when River decided it was time to play race track around the lawn and get her lead all knotted up around his legs and then try and chase the lighter Naughty Twin who popped over to see what was going on. 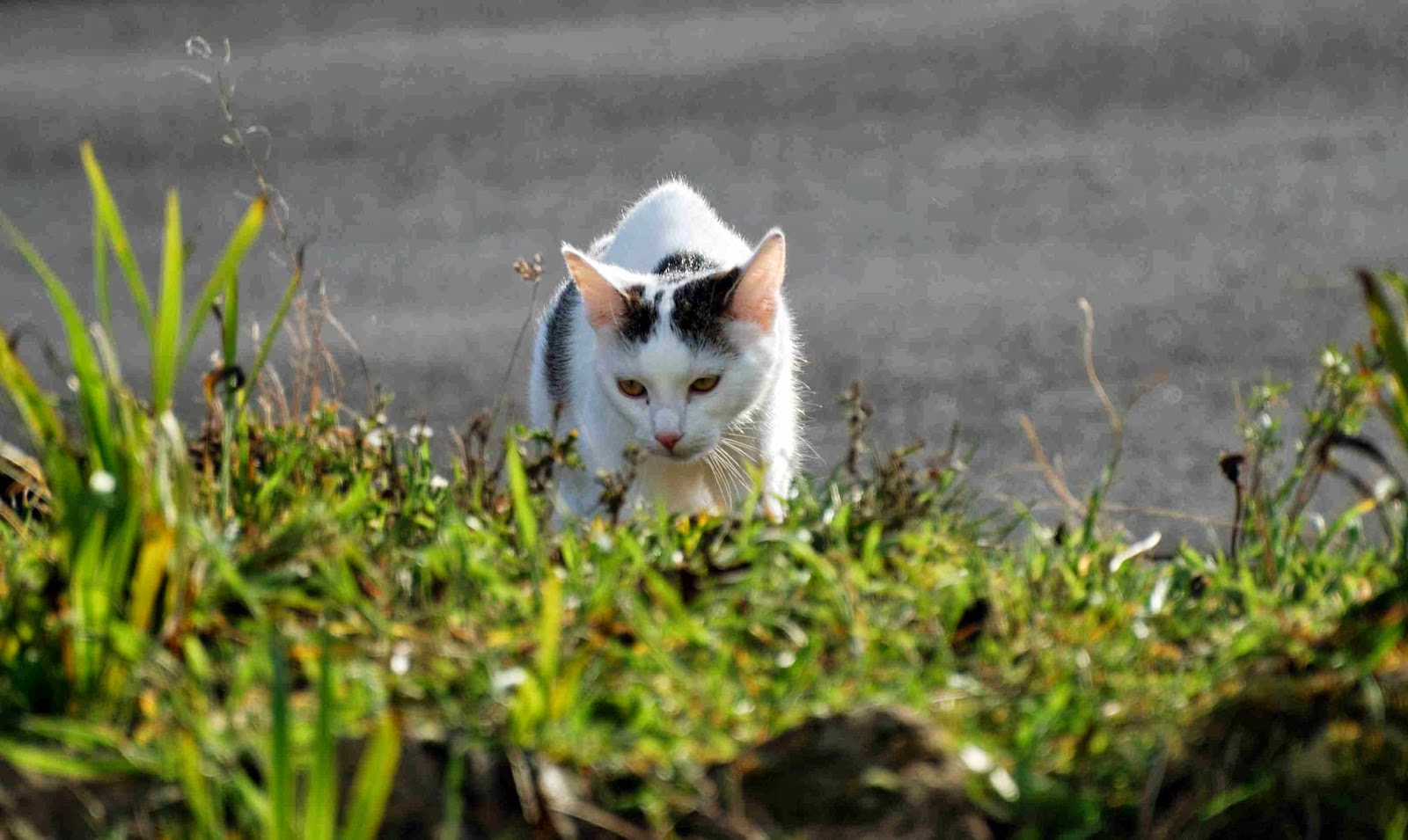 Still the garden looks good and I managed to get some sun on my back. Ahh lovely!
Cats and Dogs - From The Other Side
www.riverssong.net/2014/03/ill-supervise.html