No Way He's Going Back To That Other Way Of Life 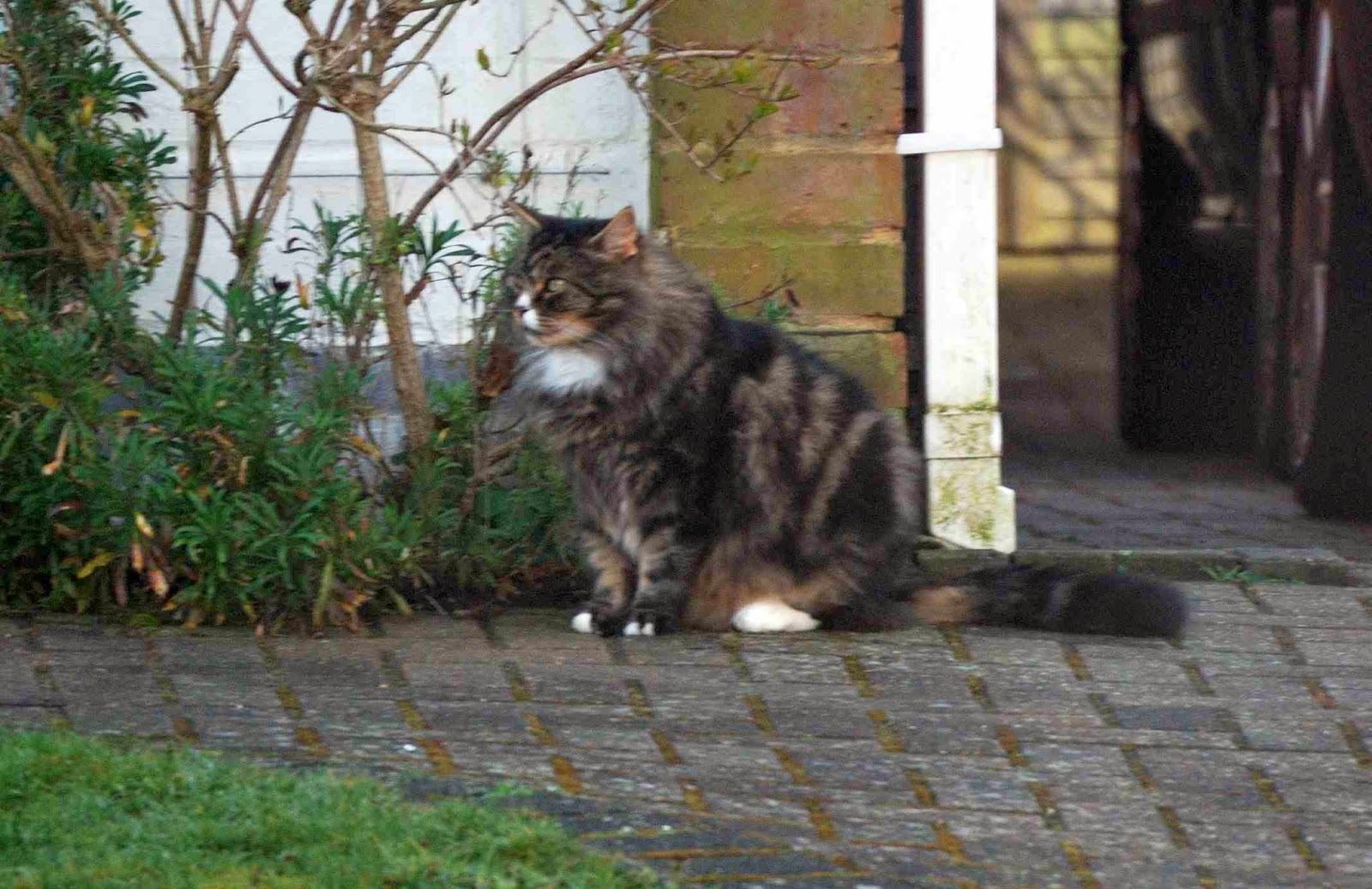 Mogsie has been out the front all morning, I think looking for George, he's not the only one either, there's not been a sign of him today or yesterday. If something more had happened to him I'm sure I would have heard or seen something on the grapevine. 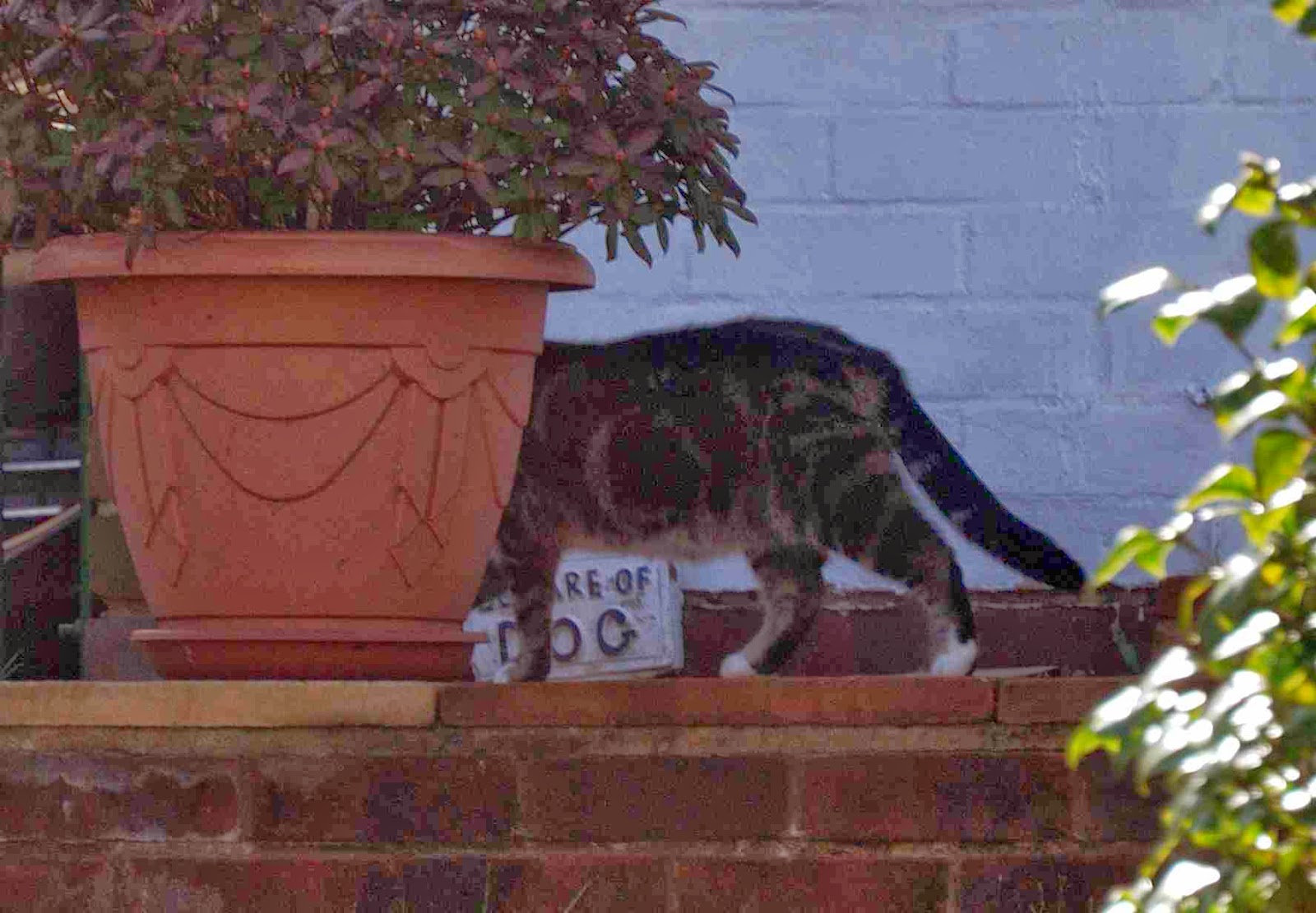 Mogsie does seem to be very on guard though and still very suspicious as Spit wandered through earlier on, he didn't take his eyes off him.
Now Spit I do class as a success story, there he was starting out a member of The New Cat Crew before leaving after the events of the tunnel all that time ago. He then really settled into Catworld making sure he *clears throat* integrated himself into fully into Catworld and now here he is all glowing with a collar showing he's been adopted. He looks really contented and happy, no way he's going back to that other way of life!

Doublay however, well I'm not so sure about him any more.