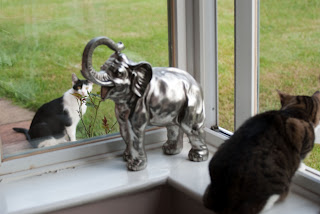 I've made contact with the Naughty Twins and passed on the news of this afternoons developments and they agreed it's a serious matter indeed.

Any rivalries we may have have now been put on temporary hold. Our world is under attack by a double blow, Foxy Lectar and the Doberman. 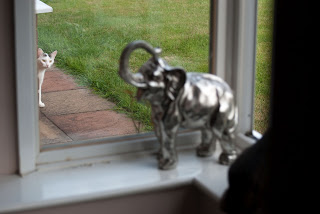 I whispered the news to the darker Naughty Twin who said that he would run and tell Twizzle and Mogsie and ask them to check for signs. He said that I should tell his sister who was just behind.

When the lighter Naughty Twin turned up I told her what I had told her brother and she ran off to tell Emma, George and Sarah. The more eyes the better, we now have both sides of the street covered and an information network established.