Familiarity does bread contempt. I had to chase one of the Naughty Twins off the garden this afternoon and it took me further out the front than I'd been before.

I actually ventured into the road. Now this is a place I've not been to before. I always have been told not to go out there because of the cars but as it was a Sunday and the roads been quiet I thought as I was nearly there anyway it was now or never.

Mogsie was sitting on his lawn having a little tidy up and our eyes locked for a moment of two before I came back in. I decided on the coyness routine. 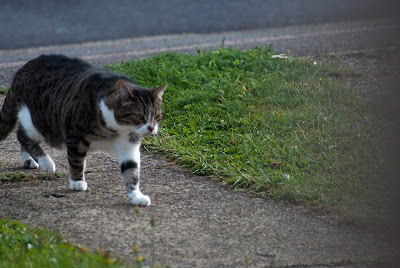 However what's my reward? A visit about an hour later where he demonstrated his intentions by looking eye contact with me and then crapping on our rockery. Charming. 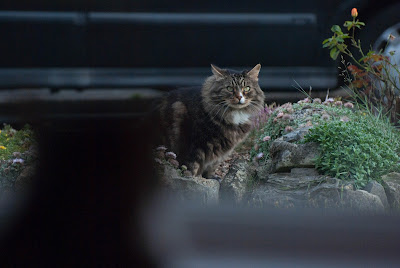