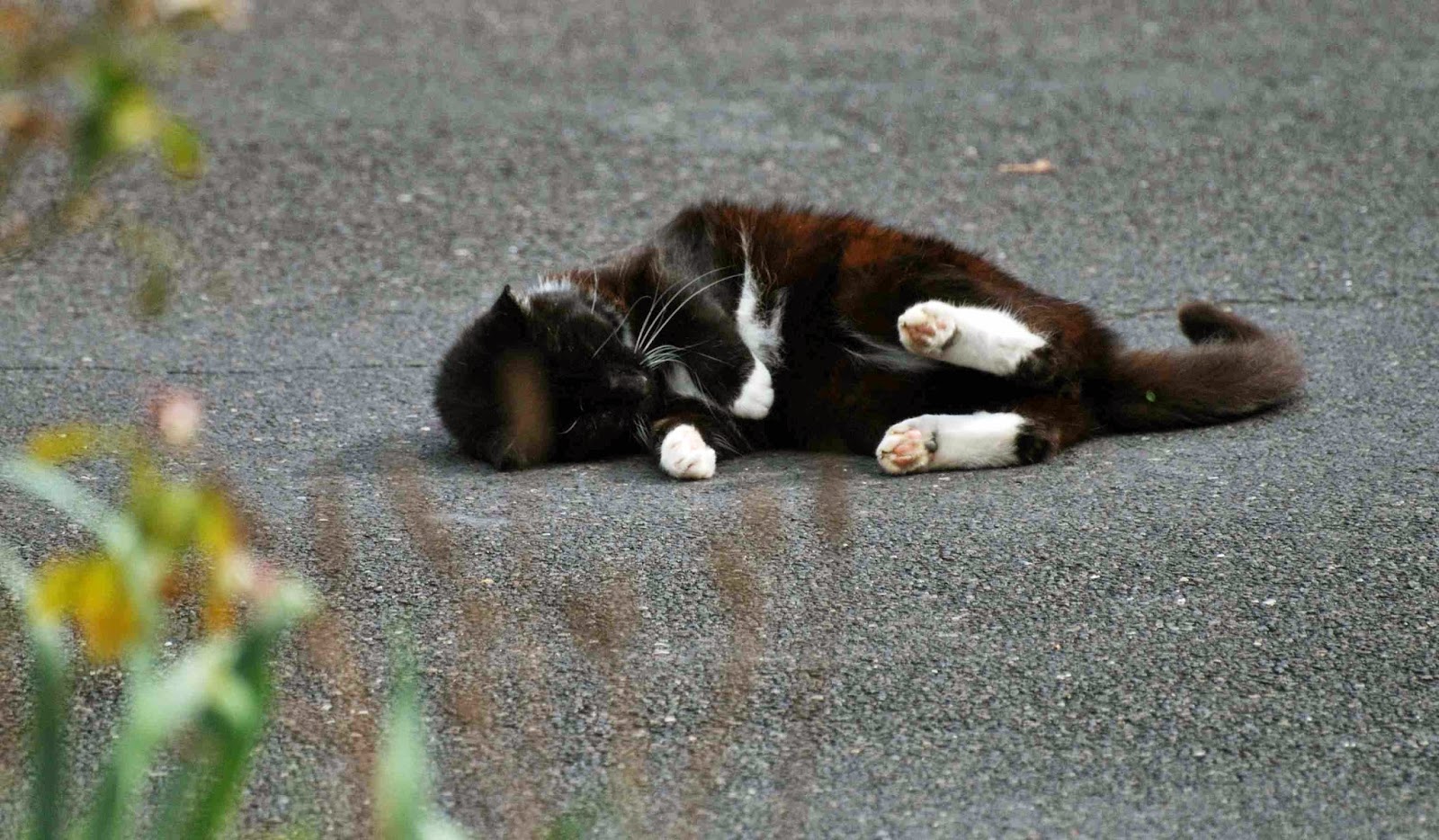 I've been sitting here waiting for George to make a move so I could catch hold of him and make a move he did but not the one I was expecting.

Up he got and I called over to him, I thought he was on his way over here but he got half way across the road before laying down and started rolling around and around, laughing his head off. 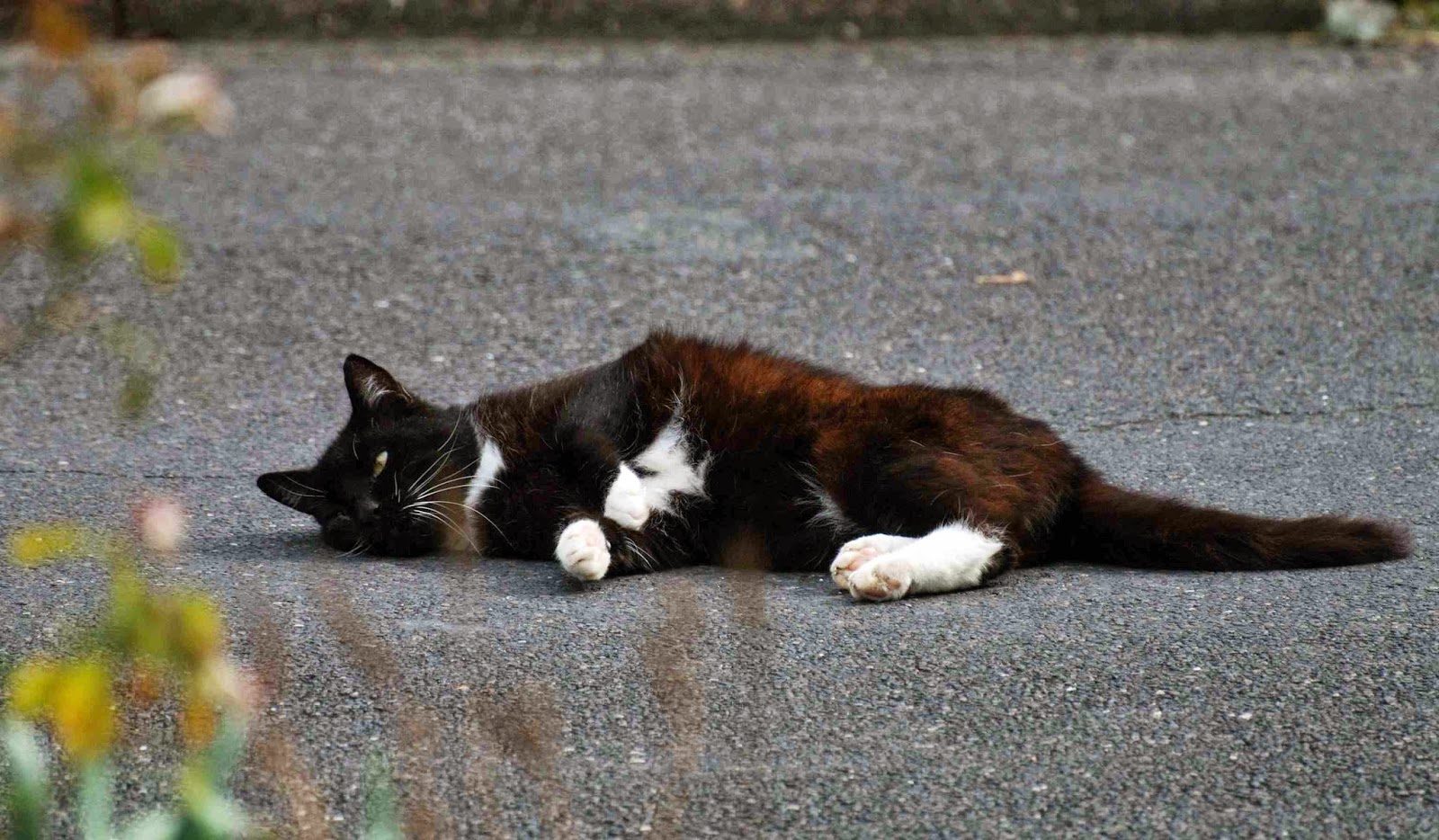 I shouted over to him.

No Lil', he replied before manically laughing. 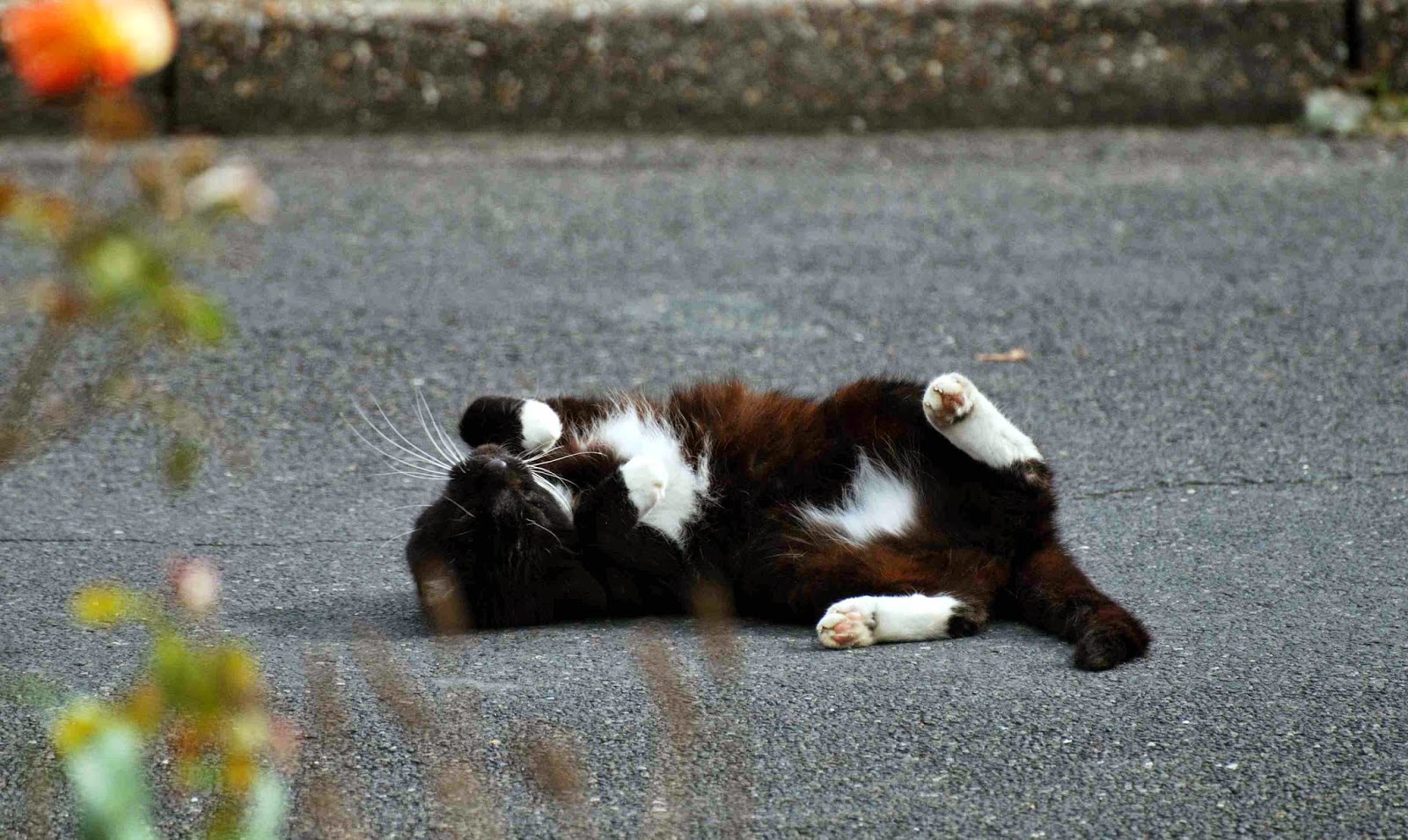 No I don't think he is nuts but I've the dreaded feeling, it's got him, the curse has finally found George.

I've only one compatriot left, the darker Naughty Twin, everyone else is either affected by the curse of pregnant.