I Was Angry. I Was Determined.

I was angry. I was determined. No matter how desperate the situation looked there would not be another cat war! The last was supposed to be the last, it was too devastating, created through greed and mistrust, elements that do not belong in the world of cats it had ripped our ancestors apart almost to the point of extinction and now the curse that came with our darling glorious Queen had delivered it's most fatal element, everyone was turning on each other, the war was beginning.

I waited until it got dark and went outside, if I was to fight this alone, so be it but I if there was a chance I could get some help, any help I would take it.

The street were dark, illuminated only by the light of the lamp outside E's house. I thought I saw some movement and hoped maybe George or Mogsie had come to their senses, oh how I needed their help, but no it was just a bush swaying slightly in the breeze.

I ventured over to Mogsie and Twizzles, hoping to see if they were around a feeling of fear spreading thorough me, a fear I would concur no matter what, the odds and the risk too great if I gave in to it.

A meow came from behind and I turned, was that Doublay over the road hiding under a car, my eyes adjusted to see. Someone was there I had definitely heard something but no whoever it was had hidden themselves again.

Ah the garage roof, it was one of our advantage points going up there I could get a great view over Catworld!

Climbing up I felt my heart pounding although it's beat had been still for so very, very long. I'd lost fear when I went to the other side, returning without it, no longer that scared little cat but now, tonight I could feel it and it was very real.

The breeze ruffled a tree branch and it made me jump. Come on Lil' calm down I kept on talking to myself, why tonight of all nights was I scared of the dark?

Another meow came from across the road and I saw Sarah and the darker Naughty Twin running over AM's lawn. I called over to them but they carried on their way not flinching for a second to turn in my direction.

Up now on the garage roof my eyes scanned, I could see movement everywhere but was that just my imagination? Deep breath, deep breath. What was I talking about I hadn't taken a deep breath not a proper one since the beginning of the year and yet I could feel the air going into and out of my lungs. It must be a trick of my mind.

I could hear River having a little bark in the back garden, the Daddies friend WHS had come for a visit and they were all drinking and talking quietly outside, River chatting to her friends over the garden fences for a moment or two before I hear Disappears Daddy calling her name. At least the curse wasn't affecting her, she was a dog and I knew would be safe from it's clutches and spells.

Something out of the corner of my eye caught my attention.

Chameleon is that you?

I thought it was but no response. I could hear a cat giggling in the fir tree.

I looked around again, it really was a great spot up here, you could see everything. Lights went on in our downstairs window and the blinds came down. the Daddies must be coming in for the night.

A hiss right in my ear made me jump backwards, eyes and head left and right.

This was like torture, cats were playing with me, I couldn't work out who, they were gone as fast as they had come, my torturers could be my friends, my heart was breaking for them and all of Catkind.

Damn you curse, I cried inside, the hurt and anger building.

DAMN YOU CURSE! I screamed out loud.

DAMN YOU CURSE! I screamed even louder, till my throat burnt.

A noise behind me, turning around, a figure moving forward, growing taller and louder, teeth gleaming white appeared between grimacing lips. 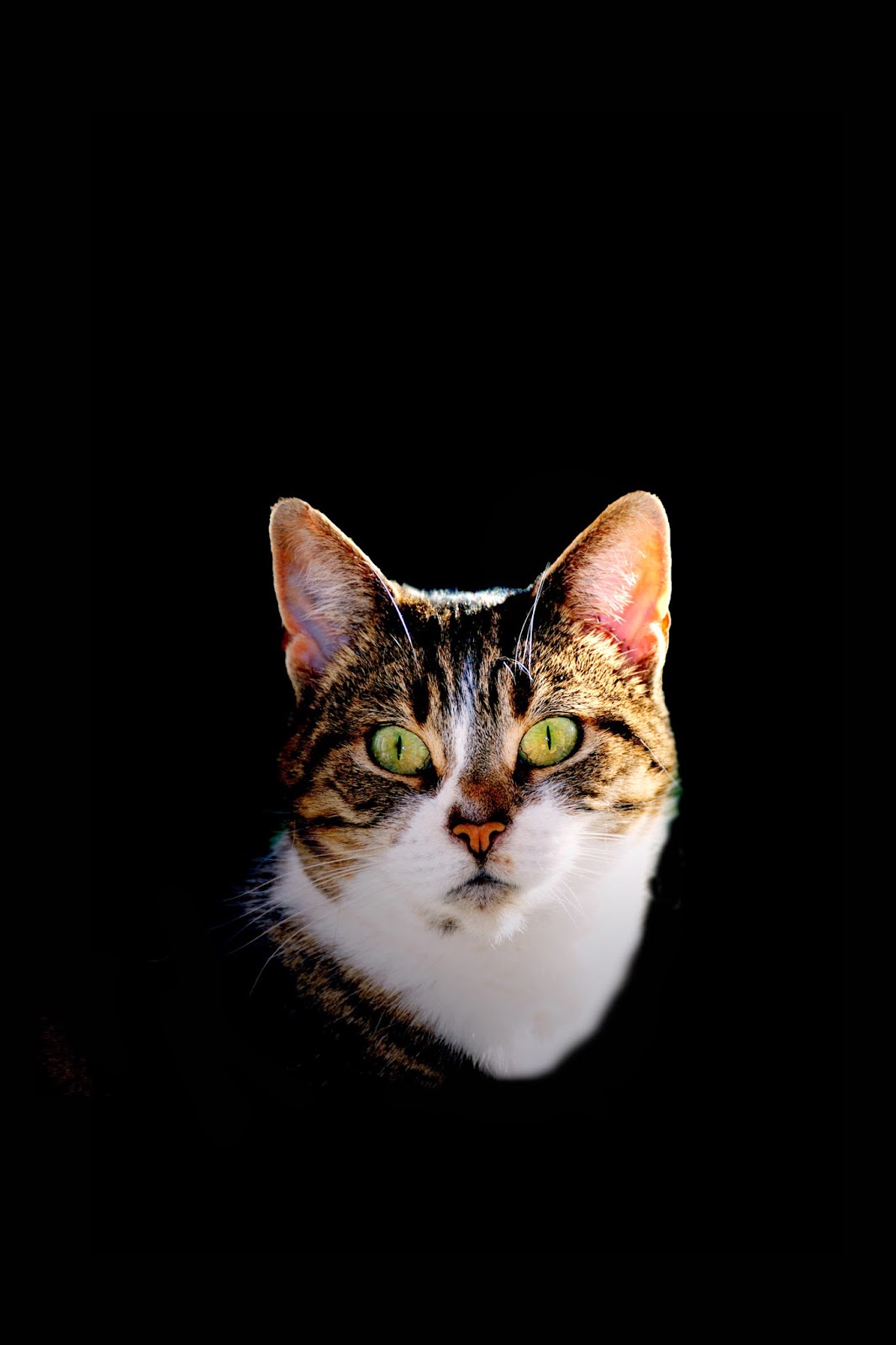