I'm Ready To Answer The Question!

Silence. You could have heard a pin drop, everyone was looking at me and I was feeling the pressure. Everything that had happened before had led to this point and just one word from me would free us all and allow the Queen and Troy to be together again for all eternity, free from The Curse that had imprisoned her for so many lifetimes or it would send us all to a similar fate.

Who could it be, the pressure of just one word, one answer? I felt it's weight.

I didn't want to do this on my own but I had no choice. Right, calm Lil' keep calm, a cool head, that's right. I felt myself gaining control of me again. Logic, think logically. Who could it be?

I turned to face Sarah, her eyes wide with terror. Sarah um could it be Sarah? Let me think. I know the Queen is trapped but her prison guard would have no idea. I tried to see if I could see anything is Sarah's eyes. No all I saw was fear, our Queen was brave but I'm sure she would feel fear in such a situation anyone would. Sarah just wanted to be loved, she's proven that time and time again, a sucker for love. Would our Queen be too? She loved Troy Lamore, she loved him enough to keep on fighting to come back no matter how many times she'd failed to outrun The Curse. I'm not sure, she may be.

Twizzle coughed, a bit of her hair must have gotten caught in her throat and her coughing drew my attention. Now Twizzle, she liked to keep to herself and was very watchful and supportive, both qualities our Queen would possess. She had a big heart taking in those who needed help, another quality our Queen would surely have. Maybe, no matter the prison, the Queen's personality would bleed through, maybe they had no choice but and she was the Princess of Catworld.

Looking at Twizzle I tried to picture her as I'd always imagined our Queen to be. Twizzle certainly had a royal stance, um yes I think it's more likely to be Twizzle than Sarah. Right strike Sarah off my list. Twizzle supersedes her as a likely contender.

Well I've started on the girls I may well as continue, Bella. A mighty warrior just like our Queen, mothering and loyal but somehow I just don't think it could be her. I started to dismiss her as a possibility but then again if The Curse was doing her job well she would try and hide The Queen in the most unlikely of places. I shouldn't be so quick to strike her off the list.

Oh this is impossible the more I think the more confused I'm getting. I wish I was more prepared, I wish I hadn't let my temper get the better of me and just called The Curse out, I wish I'd spoken to The Wiseman before he could have helped. What would he say, remember Lil' remember his words of advice.

It was almost as if I could hear his voice;

Just listen to yourself Lil' the answers right under your nose.

What had I said that day? Oh why can't I remember what I had said, it might give me a clue now, a direction to take.

The lighter Naughty Twin said something to her brother and I looked at them both.

Ah the Naughty Twins, if The Curse wanted to throw me off the scent what better way that to cause confusion and these two certainly did that, swapping genders all the time and with no one even aware of it until recently, all hidden in plain sight. But if it was one of the Twins which one? Maybe it was both, what an clever way of hiding The Queen in not one but two bodies, she's emphasised naming it in ONE was she trying to trick me?

I looked at The Curse who was smiling back clearly aware of what I was doing trying to deduce who it could be. She seemed to be enjoying herself, of course she would be, playing games was her pleasure.

Worked it out yet?

The Curse sarcastically grinned. I ignored her and went back to looking at the Naughty Twins.

Right, The Curse asked if I'd worked it out yet when I was looking at the Twins so maybe she'd want me to think it was them which makes me think I'm on the wrong track, although the Darker Naughty Twin did manage to break his curse which takes some doing so he could still be a contender. I'll come back to them I'm not sure yet.

I turned to George, smiling back at me, trying to give me comfort in his gentle way. We'd pretty much always been close so of course he would be. Could she be entrapped within him? He had been possessed but no, I was with him when we first heard the Queen call out for our help, when we were in The Lane of Bells, so no, it couldn't be George of that I was sure.

A warm feeling spread over me, that's it, I felt so sure it wasn't George, not just because I didn't want it to be or logically it couldn't be him but because my catty powers told me so. Right I need to listen to them too, I'd got so caught up in the game I'd forgotten my most powerful weapon against The Curse.

Turning to Mogsie I smiled.

How could it be Mogsie? Yes he was our Hero and leader but to hide The Queen in him would be too obvious. Mind you we'd had our own love story just like Troy and The Queen had, could things have played out subconsciously between us in this lifetime? Nah not Mogsie, too obvious, a double bluff or a coincidence maybe? But then again he has been acting strangely recently. I'm pretty sure it's not him but I can't listen to my catty powers where he's concerned, we're too close, it affects it.

I looked again at Mogsie who was looking slightly down, was there something else going on there? He'd hardly said a word since being around The Curse, Ok he's on the list of maybe's!

Time's moving on Lil', things to do, places to be!

The Curse tried to pile on the pressure. I glared at her.

I'll answer in MY time!

She laughed and flicked her top tooth with one of her fingernails.

I turned to face Chameleon and Doublay.

Chameleon looked very sad and almost as scared as Sarah did. No it wasn't him, no way. If the Queens qualities were bleeding through, which I hoped they were, it was pretty much all I had to go on to help me with this decision, then I really didn't think she would possess the one's he did.

True he'd come good in the end but he was still a bit selfish and ruthless and as much as a Queen needed to be strong, there was a difference. Again I felt myself and I was told I was right. Good at least I can completely eliminate George and Chameleon as contenders. Makes the job a little easier, I feel I'm making progress, I just hope I'm not wrong in my thinking.

Doublay, um now he just could be. Turning up out of nowhere, trusted by Troy, one of the first to help me since I came back from the other side, a true and loyal member of Catworld, psychic and strong. Oh yes he could be The Queen, he really could he possessed the right qualities. I hope I'm using the right tool to measure this.

I turned back to face Mogsie, pleading for his help my eyes not mouth doing to talking. He bowed his head lower although I know he caught my gaze. Why was he avoiding helping me, I needed him more than ever and he was abandoning me in my time of greatest need? My heart hurt a little, I didn't understand why he would allow me to bear this burden all on my own.

I turned again to face the players in this game.

Right so the list as it now stands is Twizzle, the Naughty Twins, Bella, Mogsie and Doublay.

Right Lil' listen to yourself, forget logic just listen to how you feel. Does it feel like it could be Twizzle? I moved towards her and sat down and closed my eyes. I could feel the warmth of her body and hear her slow breaths. If she was nervous she was doing very well to control it. I couldn't pick up anything, maybe I was trying too hard.

Bella was sitting next to her so I turned my body slightly and tried to do the same, cold I felt cold. No something in me told me it wasn't her, I turned to face Mogsie, even though I was upset at him I got the same feeling, something had kicked in, another two I could take of the list.

Doublay and the Naughty Twins remained. I looked at them and just as with Twizzle I felt confused.

Oh who could it be, Doublay? Twizzle? One or both of the Naughty Twins? Who was hiding our Queen? I felt sick, I'd used logic and I'd used intuition and I'd still got 4 people left and I had no idea who it could be. I could be here forever and still get no closer to being sure who it was. Oh why me, why me?

Hang on a second, suddenly those words rang in my head. I'd not even considered looking at myself. I turned to face The Curse to see if she had picked up on my potential epiphany. She'd picked up on something, maybe my change of expression, she was peering intently at me as if trying to work out what I was thinking, maybe to see if my face was giving something away.

Why I hadn't I looked at myself in all this? Could the Queen of Catkind somehow be trapped inside of me? Surely I would have felt something? Maybe not, no one had!

Troy had come to me to help me, but was he trying to help me help him or help me just live my life in the best way he thought I could. He'd also helped me come back from the other side, isn't that exactly what he was trying to do with his Queen? The more I thought about it the more sense it made. OMG it could be me! I could have been the prison cell for The Queen of Catkind all along!

I turned and smiled at The Curse, if she was as good at reading people as I thought she was, if I looked like I'd suddenly got it she might give something away in her face.

She had tensed, she had picked up something.

My mind started to race, OMG I was onto something here, I seemed to have her rattled. Right Lil' come on pull yourself together, don't let excitement get the better of you, courage, yes courage that's what Troy had been trying to help me build all along, listen to your catty powers, I know it's hard when you are close to yourself but listen, like you've never listened to yourself before.

I turned to face The Curse and confidently smiled.

I'm ready to answer the question!

Sarah started to cry and the Naughty Twins moved either side of her, all three huddled together, Twizzle shifted and moved so her body was touching Bella's. Mogsie looked up and faced me his expression giving nothing away and I felt George rub my back. 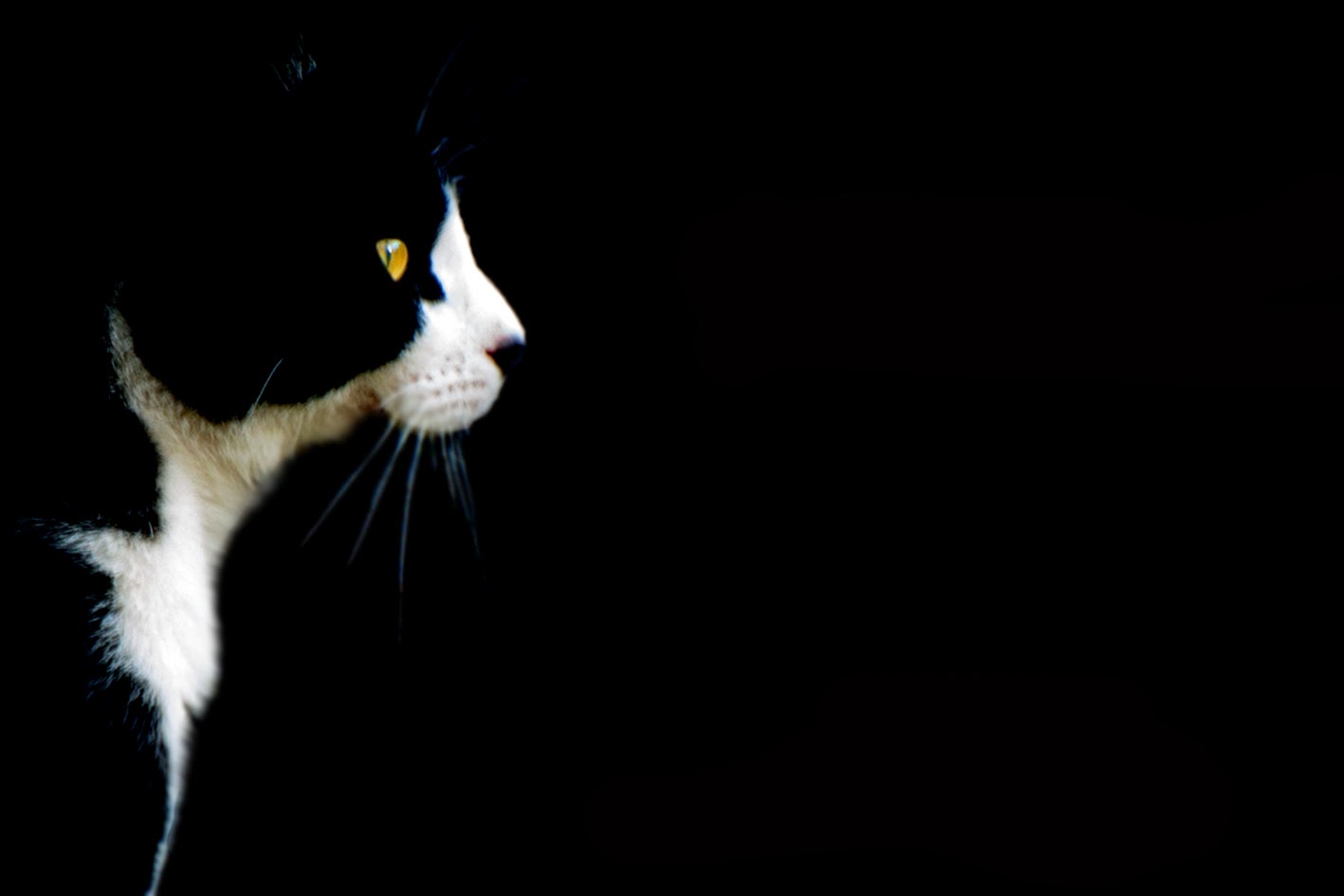