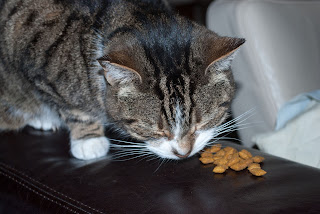 The girls came down to see the daddies for Christmas and to meet River.

I quiet like them both. They are some of the only ladies that I will ever go to to get a stroke.

I was in a dreamlike mood and so was just happy sitting watching everything that was going on. 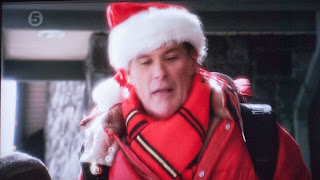 They brought us all presents. River and I got some special treats. Mine were Dreamies, my favourite.

I had lots of them and then just settled down to watch a bit of TV while they all talked and played around. 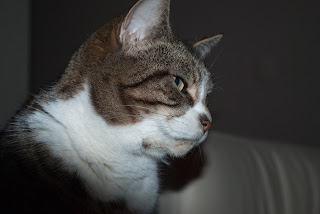 First I watched some film with David Hasslehoff in it and he was wearing a Santa hat. I then watched some football. It's not something that's ever on in this house. I quiet like football, I think it's all the watching the ball being kicked. There are 11 guys on a team you know, this lot were just standing around gawping no wonder they lost.

Cats and Dogs - The Other Side
www.riverssong.net/2012/12/some-girls-came-to-visit.html