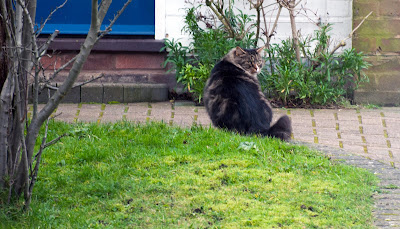 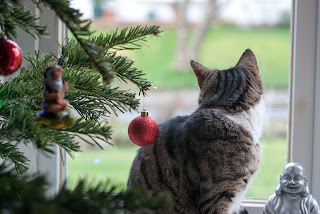 Oh great news I was only talking about him this morning and there he is. I was just hanging out in the living room when I heard Disappears daddy saying that M was over the road.

We all looked out and there with her was Mogsie. She must have been talking to him as he followed her back up the path but he didn't go in. 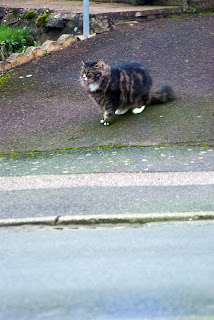 I moved to the window to get his attention. After a few minutes he looked up and smiled at me before moving off to have a little look around E's.

I've no idea if he's been on his holidays or just spending time with his family over the Christmas time but it's so good to see him again.

I've decided we're nearly at the end of the year so new year new start. I'm going to make much more of a concerted effort to move this situation on between us.