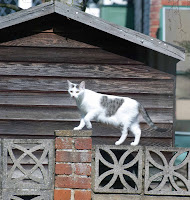 Well the scrap earlier between Sarah and the lighter Naughty Twin has sorted some things out and it seems it's finally brought a resolution to everything to do with the buried treasures and peace can now descend.

The lighter Naughty Twin just came over and filled me in n what happened after the fight. 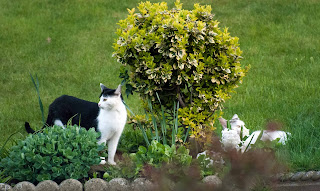 Her brother, the darker Naughty Twin, saw the fight and came over to speak to her, I'm guessing he'd also had enough as she told me he'd said to her that he was shocked as her behaviour. She said to me that she didn't like hearing it but that she'd been going out of her mind with all the worry over the situation and what to do and it kind of brought her a bit to her senses. Yeah paranoid I call it!
As they were talking Sarah also came over and although she kept her distance from them it seemed like she wanted them to make amends as well and although they didn't speak to each other at that point that he'd advised her to go away and have a good think which she said she would do.

She's not a bad girl just young and still learning about things and I was so pleased to hear what she'd decided to do. She's calling a cat council meeting for Friday this week where she's going to bring the still unopened box of buried treasures with her and with everyone there she'd like us all to try and open it together.

Sounds like a plan to me and I'm so curious as to what on earth it is she's discovered.