So What Was It? 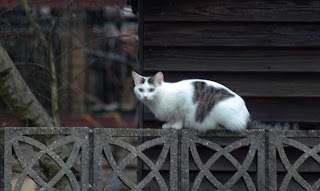 So what was it?

The lighter Naughty Twin called over this afternoon when River and the daddies were out so it was a good chance to talk.

I ran half way up the back garden and called over that it was a clue, a key and the letter L.

What's that mean then? she asked

I don't know I've been trying to think but I just can't seem to get the answer.

Well I don't think that can be the buried treasures, the lighter Naughty Twin called over. I'm going to continue searching.

OK well let me know if you find anything, I shouted back.

A little later George came by.

Sorry I've not been around before, bad night with the eye.

I could see that it had been but I've given up trying to give help and advice where his eyes concerned he knows what he's doing I suppose.

I asked him what he thought about the treasures.

He didn't know but it was certainly a conundrum he agreed! 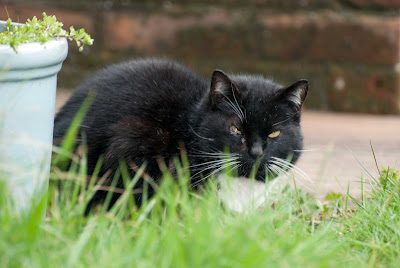