OMG the lighter Naughty Twin has only gone and done it!
While most of us have been just sitting in the sun, like George, she's been all over the place searching away for her buried treasures. I must admit I thought she was wasting her time and we'd already found everything that was to be found but she had complete belief that there was something more to find and no matter what continued in her quest. 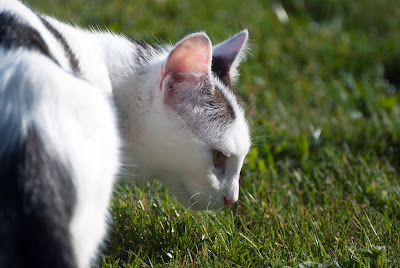 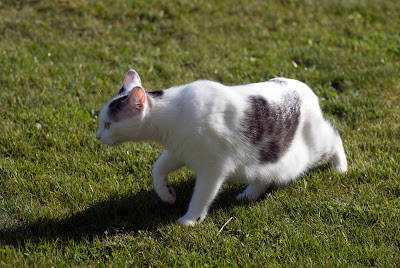 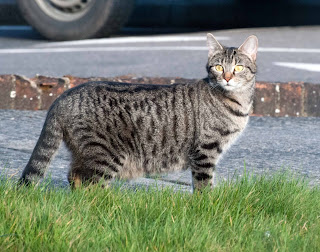 I'd dozed off when I heard a bit of a commotion going on that woke me with a start. Sarah ran by calling out as she went;

I didn't have time to comprehend what she was saying before she joined the lighter Naughty Twin across the road. They called out to the darker Naughty Twin who also came running before they all ran around the back of Mogsie and Twizzles.

Persistence, perseverance and belief have paid off, well done Naughty Twin, now what on earth has she found? 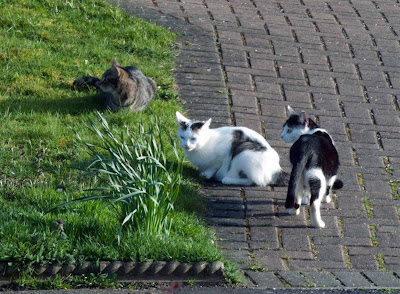