The Sound Of The Cats Calling...

... eventually stopped and I decided that the time was right for me to venture back out and see what it was that had caused such chaos. That sort of thing is always best done just as the dawn is breaking, the first light licking the ground before the world had stirred.

Slowly I crept forward in that silent way that only cats can, my head peering around the corner for a second to investigate the scene. I needed to make sure that I wasn't spotted so after a quick peak I pulled my head back to the safety of anonymity. I was unsure of what I might find and had decided that it was best if I kept myself as invisible as possible. I couldn't be sure of what I had just seen and so gathering my courage together for a second time I looked around again.

There on the ground in front of me was a sight I never expected to find, a tiny little red Dragon lay before me.

What magic had made this thing appear? What did it want? What could it mean? What would I do next? I didn't know I was frozen on the spot. 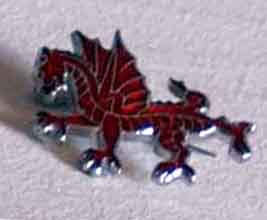