The call came it was time to attend the Cat Council meeting for the reveal of the buried treasures that the lighter Naughty Twin had discovered.

It's caused so much trouble here with the Naughty Twins and Sarah falling out, Mogsie dragged into the search the introduction of Button to Catworld and the re-emergence of Foxy Lectar also coming back to try and locate it.

Where the rumours started I don't know but I know we've been waiting for this day all week. I still feel it in my catty powers that the buried treasures that I found are the real treasures but I must admit I'm very curious to see what she has found.

The lighter Naughty Twin was on here way over, I called out to her that I can't go over the other side of the road.

Hang on, she said and ran over to the others who followed her back over.

Quick, down the side of the house Mogsie said, we followed his tail.

Where's everyone else? I asked Mogsie

This is going to be a limited meeting until we know what it is that's been found I think it's best to keep it between those of us that have actually been involved.

I wasn't sure how I felt about that but in this instance I'll go with the majority. 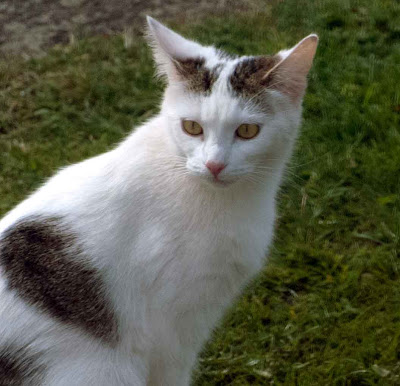 Mogsie turned to the lighter Naughty Twin, Have you brought it with you?

No, she shook her head, I hid it here, and she gestated to the drainpipe that runs along the side of our house.

Out popped a little matchbox, wow I've not seen one of those for years. It was a push one and not what I was expecting at all. Why on earth had she had so much trouble opening it?

We all crowded around the matchbox looking back and forth between each other and back at the box in front of us. I gulped and swallowed down some breath. The tension in the air was palpable, Mogsie put a paw forward and pushed on the outside, careful not to exert too much pressure and make the whole box move, the draw inside slowly moved open. We gathered closer and peered in the draw not being completely open meant that only half the draw was covered in light, in the shadows a glint of red shone out.

With that the lighter Naughty Twin screamed, jumped 2 foot horizontal before landing claws out on top of the rest of us. Cat chaos ensured, paws and claws, cats screeching and dashing into each other before eventually gathering some wits about them and dispersing in opposite directions.

I'm back inside now, thankfully safe. I think I'll wait here in the window for a while and contemplate what I should do next. 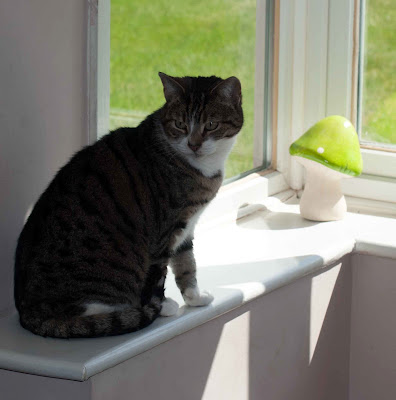