I'm feeling a bit, well a big hurt and confused to be honest.

I was out with the Daddies in the back garden searching for Nadia, no luck, and then when they got distracted playing with River I decided I'd had enough and came in and sat in the front window, that's when I spotted Mogsie sitting on the pathway.

I've no idea how long he'd been there but he was just staring in, a fixed look on his face but there when I looked at him there was a little glint of recognition, a little something in his eye, I'm sure he could see me and I called out to him.

Unless I'm imagining things his ears twitched, just a millimeter, but I'm sure he heard me but he didn't say anything or make a move closer of anything.

About 10 minutes we sat there just staring at each other before he got up and walked off. I know everyone deals with this sort of thing in a different way but I just wish Mogsie was dealing with it in a different way from the way he is. 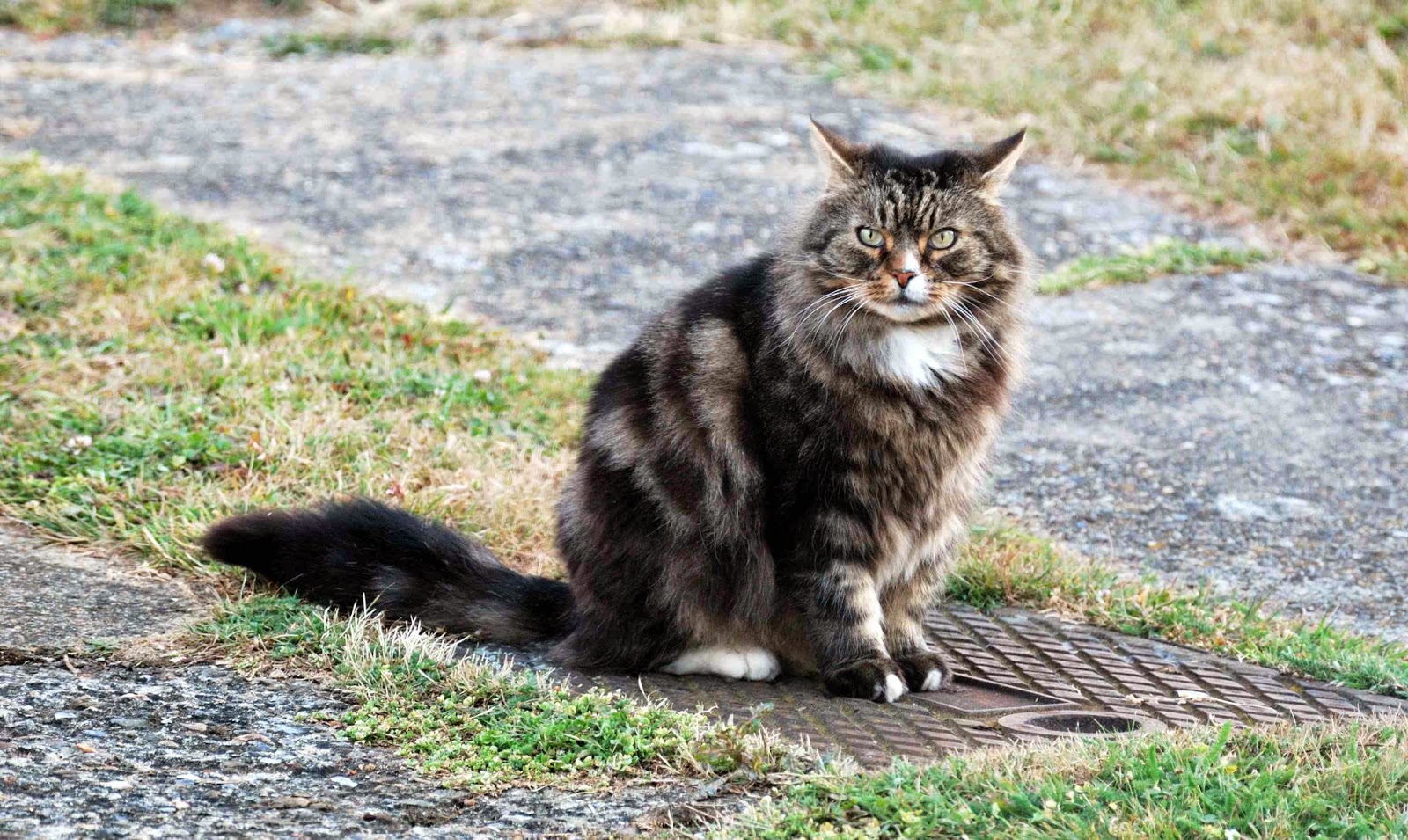